Accessibility links
Missouri AG Finds 12 Cases Of Sexual Abuse By Priests An investigation that looked back to 1945 identified 163 cases of abuse. However, many of the alleged offenders are now dead or the statute of limitations on their alleged crimes has passed. 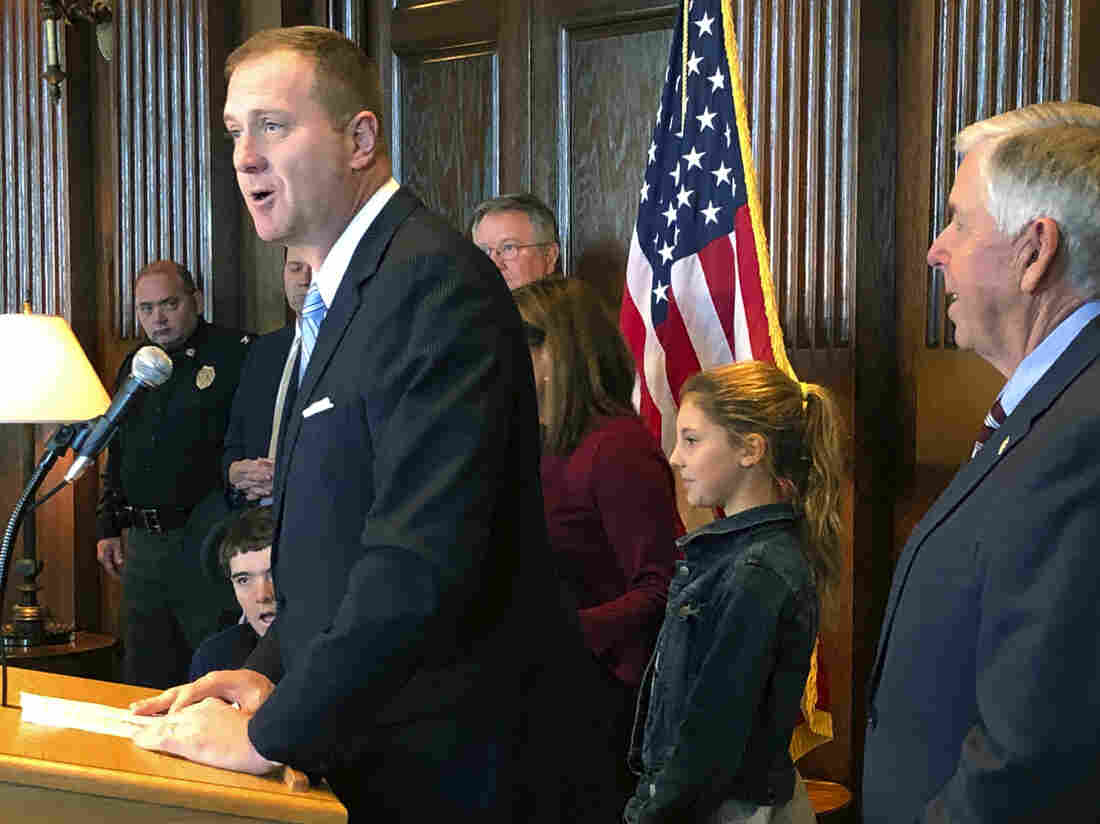 Eric Schmitt speaks to reporters after being appointed as Missouri's attorney general by Gov. Mike Parson Nov. 18, 2018, at the state Capitol in Jefferson City, Mo. David A. Lieb/AP hide caption 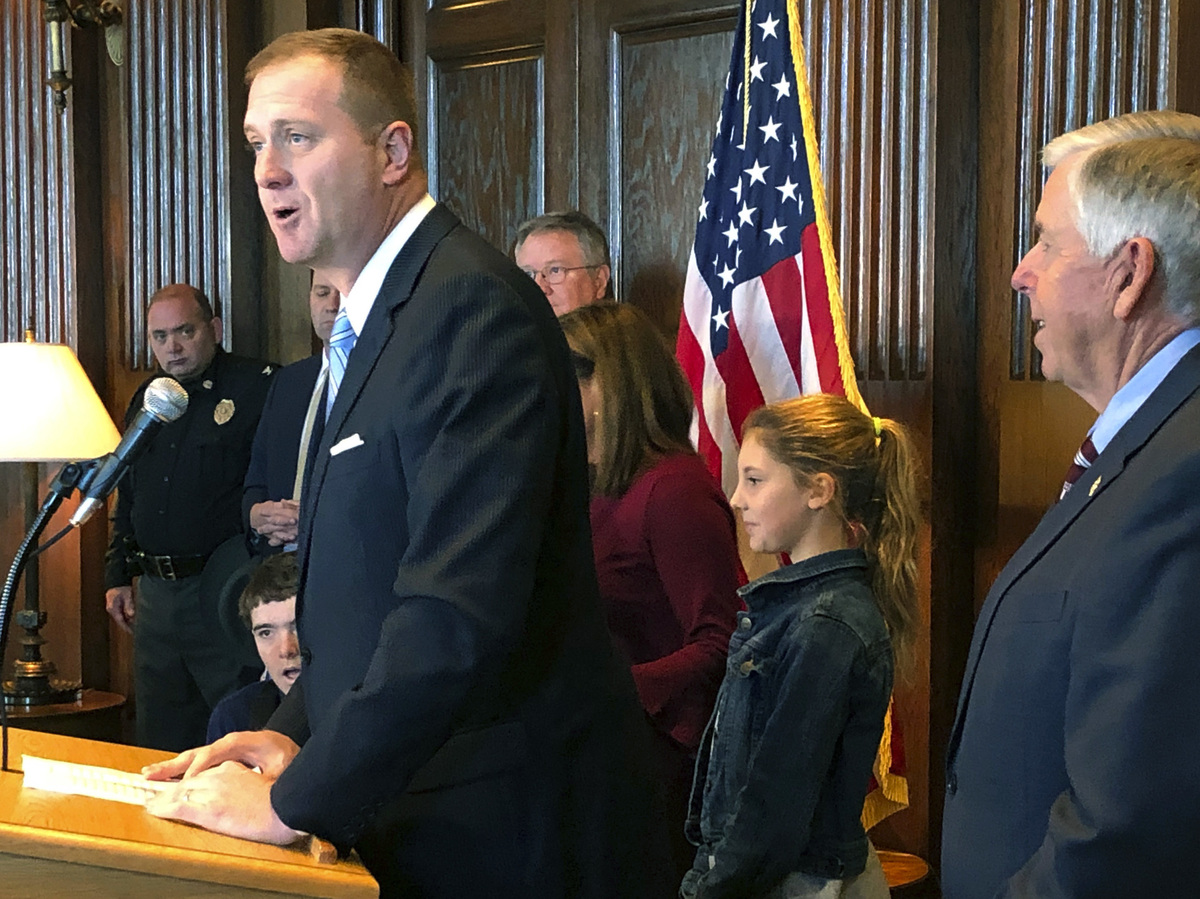 Eric Schmitt speaks to reporters after being appointed as Missouri's attorney general by Gov. Mike Parson Nov. 18, 2018, at the state Capitol in Jefferson City, Mo.

The investigation, detailed in a 329-page report, covered more than 2,000 priests who have served in Missouri since 1945, and included some 300 deacons, seminarians and religious women in that state's four dioceses. The investigators also spoke with survivors of clergy abuse and their families.

The inquiry found "credible allegations of 163 instances of sexual abuse or misconduct by Catholic diocesan priests and deacons against minors." Of those, 83 have died. The statute of limitations has run out on 46 crimes allegedly committed by the 80 who are still alive, Schmitt said in a St. Louis news conference.

"The betrayal of trust and of innocence is devastating and in many instances incomprehensible," said Schmitt.

The investigation found church officials "refused to acknowledge the victims and instead focused its efforts on protecting its priests," by relocating priests without notifying law enforcement or the offending priest's old and new parishes.

Schmitt inherited the investigation launched in August 2018 by his predecessor, then-Attorney General Josh Hawley. When Hawley was elected to the U.S. Senate in November, Schmitt, a fellow Republican and a Catholic, was appointed to the post.

Some advocates for abuse survivors criticized Schmitt, saying the report could have included more information, such as details of the alleged crimes and the names of individual offenders.

"The report released by A.G. Schmitt falls dramatically short of efforts by attorneys general in states like Michigan, New Jersey, and Pennsylvania," said a statement posted on the website of the Survivors' Network of those Abused By Priests (SNAP). "Those states used search warrants, subpoenas, and arrests to get the information they needed: in Missouri, the AG relied on cooperation with church officials."

Each of the four Missouri dioceses had conducted internal investigations.

In a statement, St. Louis Archbishop Robert Carlson said he invited the Attorney General's office to investigate in Aug. 2018. At the time, Carlson said, "we promised full cooperation and unfettered access to the archdiocese's records."

"Following that investigation, and today's report, the Archdiocese of St. Louis remains committed to working with authorities, to bringing healing to victims and their families, and to ensuring a safe environment for all of our children," the statement said.

The Attorney General's report includes summaries of individual cases and victim statements. It concludes on a chilling note — that "the clergy abuse crisis persists in Missouri."

"The abuse of victims at the hands of clergy is evident, though we may never know how extensive. Even the dioceses recognize that many victims have never come forward," it says.