Accessibility links
How Young Venezuelan Dancers And Musicians Continue Their Studies In The U.S. More than 200,000 Venezuelans have fled to South Florida in recent years. Now, with the help of Miami arts programs, young dancers and musicians are getting scholarships to keep doing what they love. 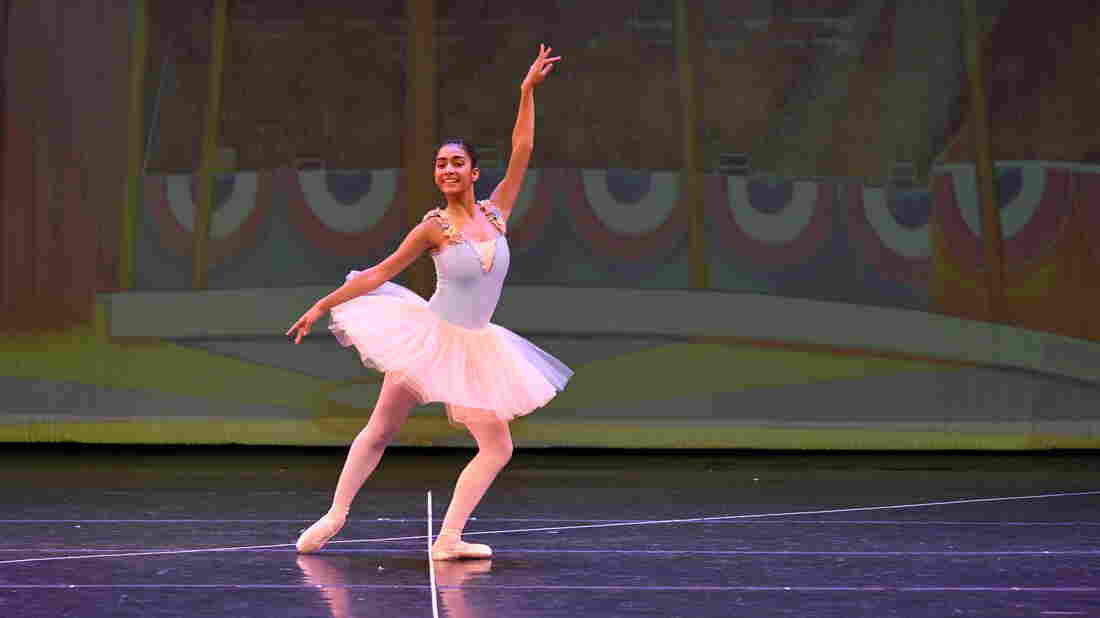 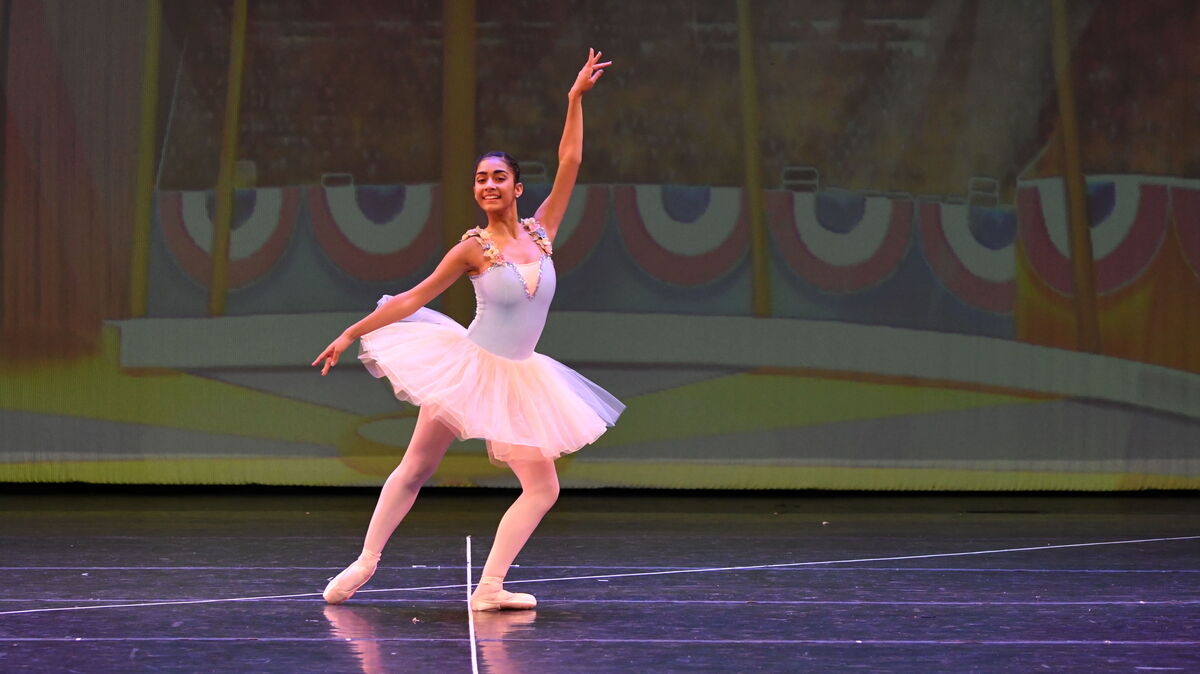 María Fernanda Papa was 4 years old when she and her family arrived in Miami. She'd begun dancing back home in Venezuela, and when she and her parents settled in the U.S., she asked if she could continue practicing ballet. Eventually, they found a spot for her in an "amazing school," says María, now 16.

That amazing school, run by the Arts Ballet Theatre of Florida, is in a strip mall in North Miami Beach. Many of the dancers are Venezuelan. In recent years, more than 200,000 Venezuelans fleeing political and economic upheaval have settled in South Florida.

Chronicles Of A Venezuelan Exodus: More Families Flee The Crisis On Foot Every Day

'Lives Are At Risk': Venezuelan Charities Struggle Under Shortages And Intimidation

Many of the children are continuing artistic studies they began in their home country. Arts Ballet Theatre and its associated school is run by Ruby Romero-Issaev and her husband, ballet master Vladimir Issaev. They came to Miami from Venezuela in 1997, a couple of years before Hugo Chávez came to power. Over the next two decades, under Chávez and his successor Nicolás Maduro, the country became more authoritarian and basic goods and services became harder to get. So, many other Venezuelans followed, including families with children.

With help from Miami's Children's Trust, a quasi-governmental agency, Arts Ballet Theatre and the school are able to provide scholarships to students from low-income families, including many newly arrived from Venezuela.

Lusian Hernández, 25, is a soloist who dances with Arts Ballet Theatre's professional company. She came to Miami when she was 16, determined to continue her studies and launch a career. In Venezuela now, she says there are few opportunities for dancers.

"Many schools had to close," Hernández explains. Students didn't have the money to pay tuition, and without tuition, the schools couldn't pay rent. "It's very insecure," she says. "So [dancers] have to leave the country and the schools start closing."

There used to be three professional ballet companies in Caracas. Now there's just one, Hernández says, and it's small. She remembers point shoes were already expensive and hard to find a decade ago — her parents, who are still back at home in Venezuela — say it's now all but impossible to get a pair.

Hernandez considers herself lucky to be in the U.S. where she can continue her studies with the hopes of one day becoming a professional dancer. With help from Arts Ballet Theatre, Hernández collects used point shoes from the company's dancers which she sends to a dance school in her hometown.

Other arts programs in Miami are also working to help young Venezuelans adjust to life in a new country. On a recent afternoon, at a church in the Miami neighborhood of Coconut Grove, a dozen beginners on violins and cellos are playing scales and simple tunes. They're part of Musicall, another arts program offering scholarships. About a quarter of the program's 300 students are from Venezuela.

Venezuela is "a very musical country," says opera singer and Musicall teacher Carlos Silva. He began his vocal studies at a school that was part of El Sistema — the renowned Venezuelan music education program founded more than 40 years ago. Its graduates include conductor Gustavo Dudamel, who now leads the Los Angeles Philharmonic.

But under the Chávez and Maduro regimes, music education programs suffered and many teachers left the country, Silva explains, and now "those who couldn't travel outside of the country are stuck there and they are facing a lot of problems."

From Venezuela With Love

From Venezuela With Love

In today's Venezuela, Silva says, there are more pressing needs than music education. People are starving, he says: "It's difficult to find a place for music. There are priorities and the priority there is to find something to eat." Silva wants to someday go back to Venezuela to teach, but he doesn't know when that might become possible.

Ruby Romero-Issaev, with Arts Ballet Theatre, is ready to help rebuild Venezuela, too — but in the meantime, she has work to do here. "We were lucky at a certain point to be here, to have a visa, to be able to work, to be able to establish our lives here," she says. "We think it's our responsibility to try to help other Venezuelan families that are bringing the kids."

Knowing what their families and friends are going through in Venezuela is hard for her students, Romero-Issaev says: "You see their sadness, but once they get into the studio, and the music starts to play ... their minds, their hearts open and they feel they're in another world."

A previous version of this story misspelled the last name of Nicolás Maduro as Muduro.