Accessibility links
President Trump Claims He Was At Ground Zero On 9/11, But Others Doubt That He continues to say he rushed to the wreckage of the twin towers after the Sept. 11 attacks to help. NPR's Scott Simon reflects on the heroic work of the rescue crews. 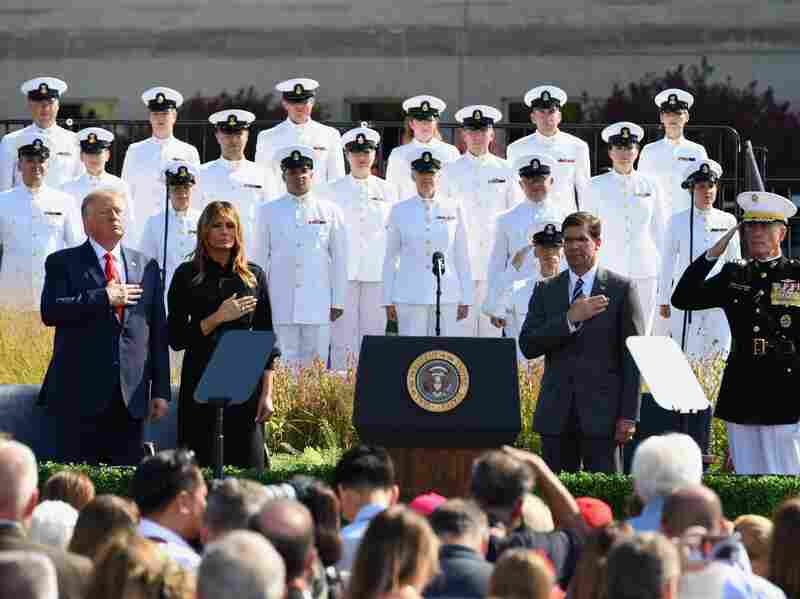 President Trump and first lady Melania Trump listen to the national anthem during a ceremony marking the 18th anniversary of the Sept. 11 attacks at the Pentagon earlier this week. China News Service/VCG via Getty Images hide caption 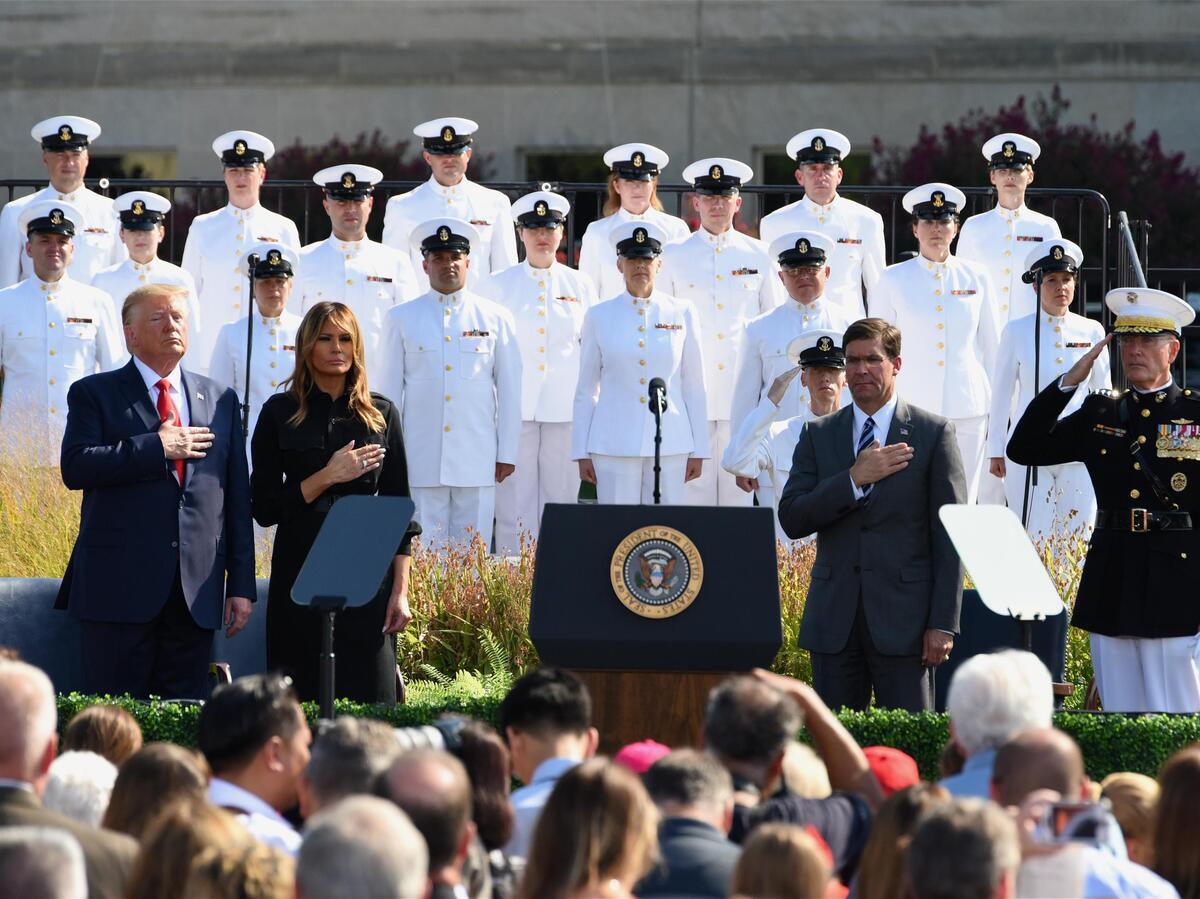 President Trump and first lady Melania Trump listen to the national anthem during a ceremony marking the 18th anniversary of the Sept. 11 attacks at the Pentagon earlier this week.

News organizations now refer to President Trump's whoppers — from the size of his inaugural crowds to a hurricane threatening Alabama — as routinely as referring to rain in Seattle.

But, there was still some surprise this week when at services to mark the 18th anniversary of the Sept. 11 attacks, the president insisted, "Soon after, I went down to Ground Zero with men who worked for me to try to help in any little way that we could ... We were not alone. So many others were scattered around trying to do the same. They were all trying to help."

Richard Alles, battalion chief of the New York Fire Department at the time of the attacks, spent several months in the smoking, choking ruins at ground zero. He told PolitiFact this summer, "I was there for several months — I have no knowledge of his being down there." He added that there would be a record of Donald Trump sending a hundred or more workers to aid in the harrowing recovery efforts at Ground Zero; there is not.

We might remember that 18 years ago, the wreckage and rubble at Ground Zero was considered sacred ground. It held the remains of thousands of loved ones, including police and firefighters who perished as they tried to save lives. It was a place for rescue and recovery workers — not amateurs, gawkers or celebrities.

Producer Peter Breslow and I were in Lower Manhattan in the days following Sept. 11, when a haze of pulverized steel, glass and death hung in the air, and scores of photos of mothers, fathers and lost loved ones were taped on buildings and lampposts asking, "Have you seen ... ?"

But we couldn't go past the security perimeter outside ground zero. My wife and I would stand outside that perimeter along Canal Street at night where thousands of people stood to cry, pray and cheer for the workers in hard hats, heading in to do the hard, heavy, hazardous work there.

There is a phrase for the offense committed by impostors who wear phony medals and try to pose as combat veterans: stolen valor.

At a Republican debate in 2016, Sen. Ted Cruz decried what he called "New York values." And Donald Trump replied: "New York is a great place, it's got great people, it's got loving people, wonderful people. When the World Trade Center came down, I saw something that no place on Earth could have handled more beautifully, more humanely than New York."

It was all he needed to say: then and this week.