Accessibility links
Removal Of Confederate Statues Blocked In Charlottesville An effort to remove the statue of Robert E. Lee sparked the white nationalist rally in 2017 that resulted in the deaths of counter-demonstrator Heather Heyer and two state police officers. 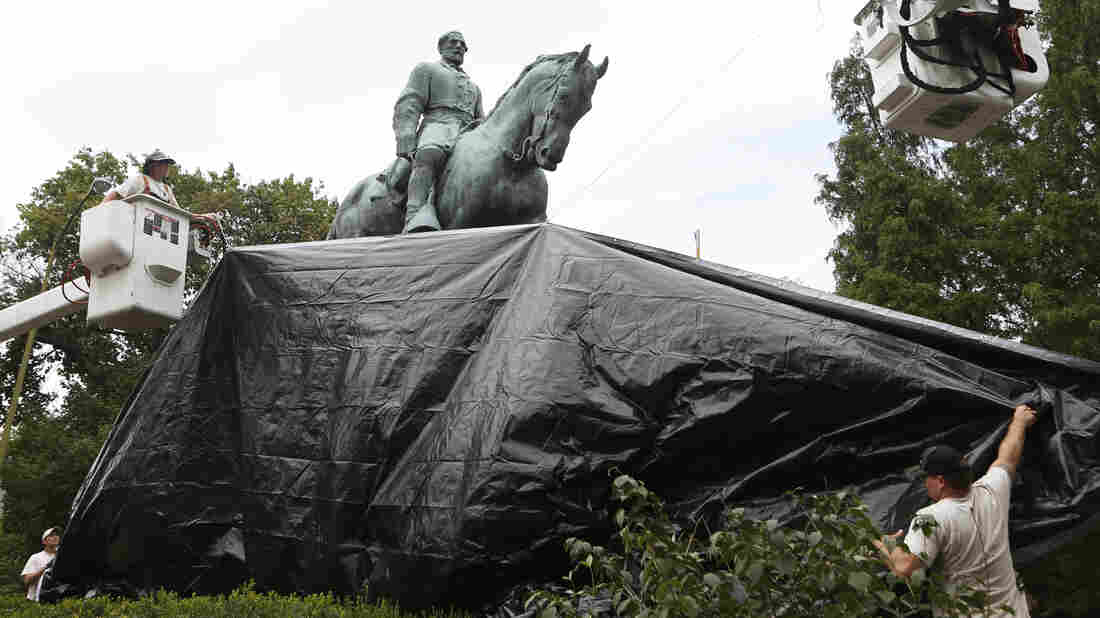 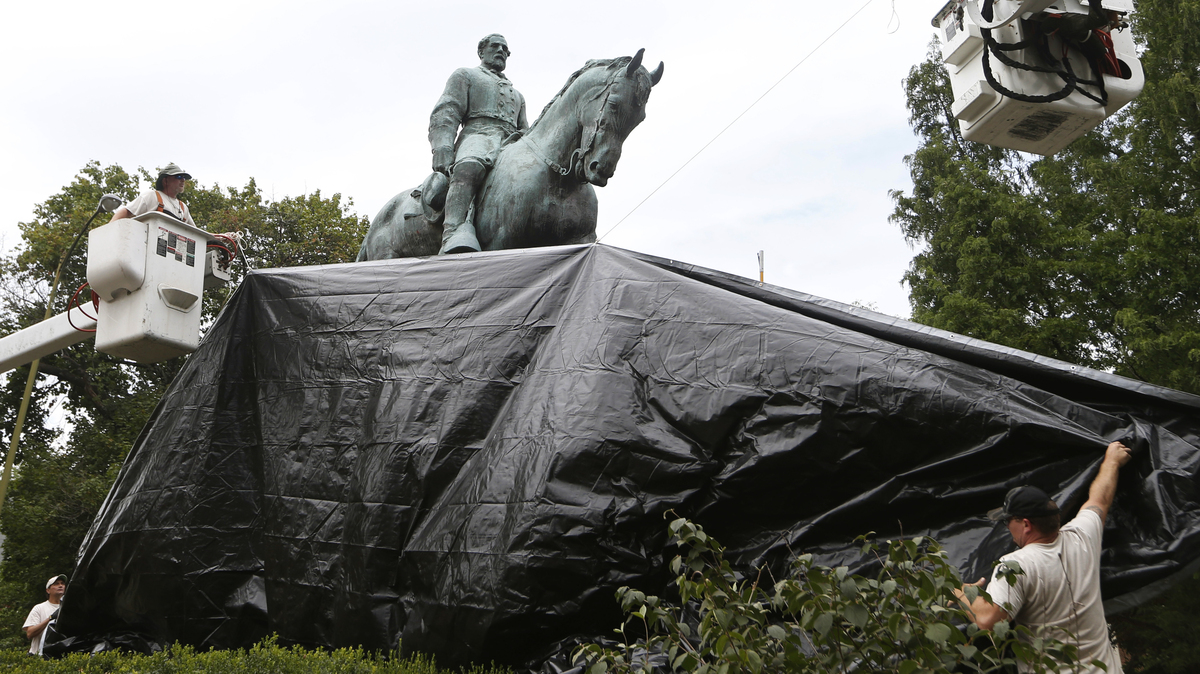 City workers drape a tarp over the statue of Confederate General Robert E. Lee in Charlottesville, Va. on Aug. 23, 2017.

A Virginia judge has blocked efforts to remove the statue of Confederate general Robert E. Lee that was at the center of the deadly violence that erupted in Charlottesville in 2017.

In a ruling issued this week, Judge Richard E. Moore said that any effort to remove the Lee statue would violate a state historic preservation statute and issued a permanent injunction preventing its removal. His decision extended to a separate monument to Confederate general Stonewall Jackson that city leaders and local activists had hoped to get rid of.

In 2017 Charlottesville's city council voted to remove the two statues, saying they were examples of racism.

Local residents filed a lawsuit in response, saying the council vote violated a state law barring the removal of war memorials. That August, white nationalists rallied in the city to protest the removal of the Lee statue. The rally would lead to the death of 32-year-old counter-protester Heather Heyer, and two state troopers who were killed in a helicopter crash while patrolling the rally.

In the aftermath of the violence, black shrouds were placed over the two statues, but in February 2018, Moore ordered them removed.

In his latest ruling, Moore cited the intent of the preservation law, saying, "I don't think I can infer that a historical preservation statute was intended to be racist," he said. "Certainly, [racism] was on their minds, but we should not judge the current law by that intent."

Moore determined damages could not be awarded, but that attorneys' fees would be given to the plaintiffs' counsel.