Accessibility links
Iran Denies It is Behind Drone Attacks On Saudi Arabia Oil Plants Houthi rebels in Yemen have claimed responsibility for the attacks, but Secretary of State Mike Pompeo accused Iran of launching an "unprecedented attack on the world's energy supply." 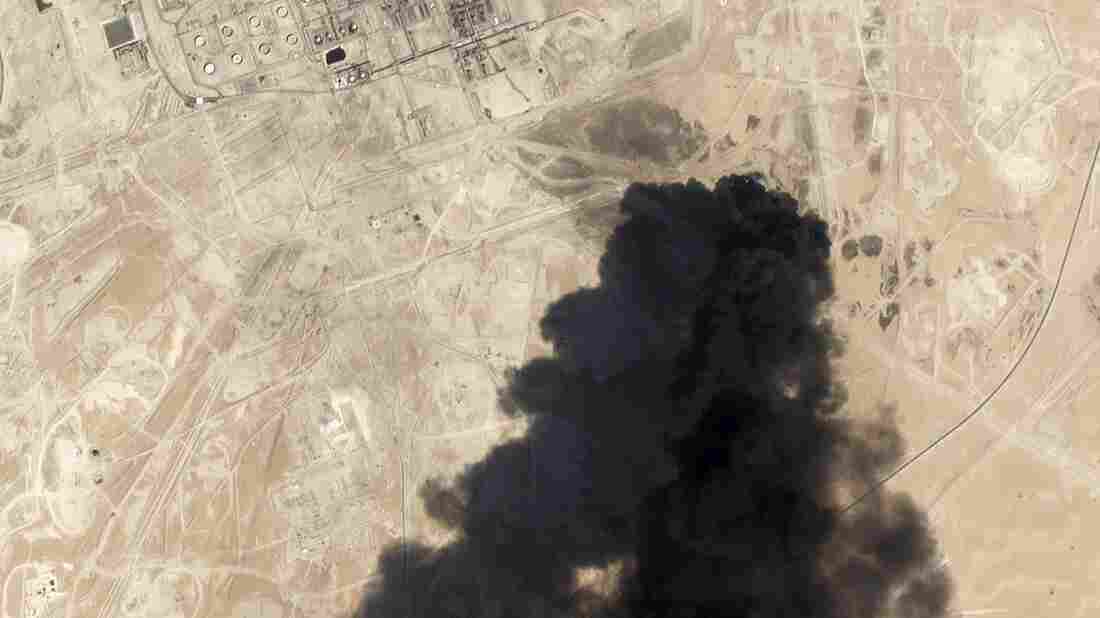 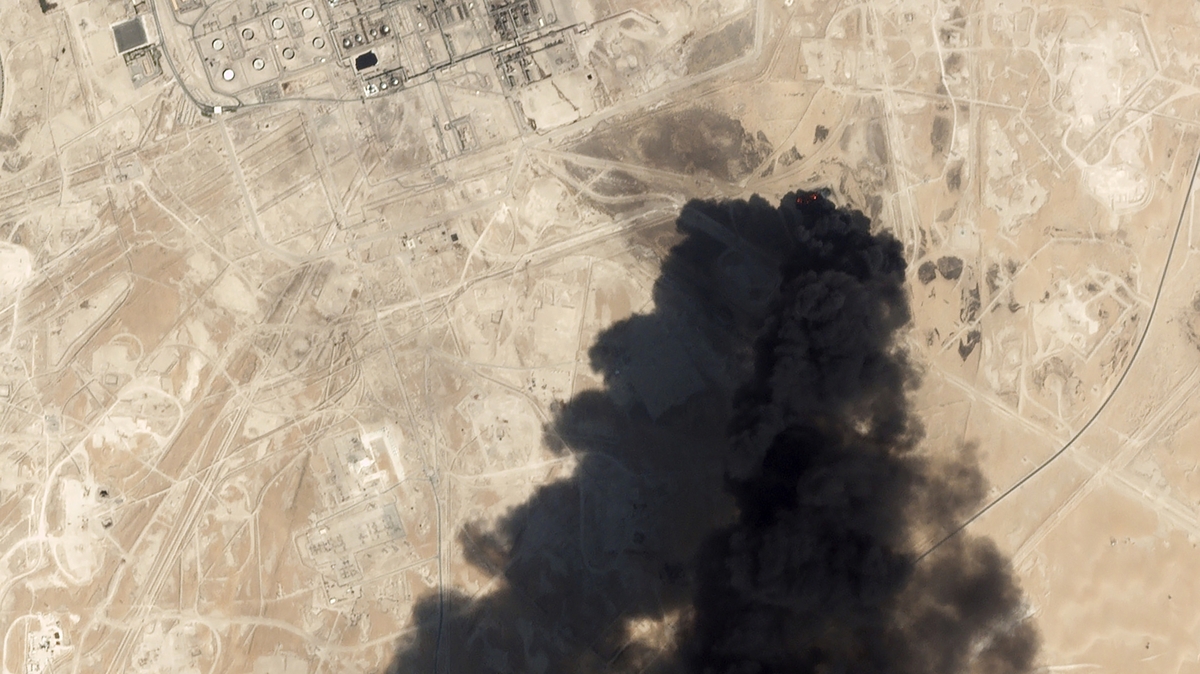 Iran says it is not behind Saturday's attacks on oil plants in Saudi Arabia, denying accusations from Secretary of State Mike Pompeo that Tehran was responsible for "an unprecedented attack on the world's energy supply."

Javad Zarif, Iran's foreign minister, said in a tweet on Sunday that Pompeo was turning from "max pressure" to "max deceit."

Having failed at "max pressure", @SecPompeo's turning to "max deceit"

US & its clients are stuck in Yemen because of illusion that weapon superiority will lead to military victory.

The remarks came as the price of oil on the world market soared in response to what are believed drone attacks.

Houthi rebels in Yemen, who are allied with Iran, have claimed responsibility for the attacks, and said 10 drones had targeted oil installations in Abqaiq and Khurais. Both are owned by state-owned Saudi Aramco.

Despite the Houthi claim, Pompeo on Saturday placed blame on Iran, accusing Zarif, and Iranian President Hassan Rouhani of duplicity.

"Tehran is behind nearly 100 attacks on Saudi Arabia while Rouhani and Zarif pretend to engage in diplomacy. Amid all the calls for de-escalation, Iran has now launched an unprecedented attack on the world's energy supply."

Pompeo also said there was nothing to back the Houthi claim of responsibility. "There is no evidence the attacks came from Yemen," Pompeo said.

Tehran is behind nearly 100 attacks on Saudi Arabia while Rouhani and Zarif pretend to engage in diplomacy. Amid all the calls for de-escalation, Iran has now launched an unprecedented attack on the world’s energy supply. There is no evidence the attacks came from Yemen.

On Sunday evening, President Trump said the U.S. may have knowledge about who is behind the attacks. The president did not specifically call out Iran, but warned that the U.S. was prepared to respond.

"There is reason to believe that we know the culprit, are locked and loaded depending on verification, but are waiting to hear from the Kingdom as to who they believe was the cause of this attack, and under what terms we would proceed!" Trump tweeted.

Pompeo's remarks came amid rising tensions between Washington and Tehran following President Trump's decision last year to pull the U.S. out of the Iran nuclear deal. Under the 2015 agreement, Iran promised to restrict its nuclear program, but after the U.S. withdrew, Iran stopped fulfilling some of its commitments under the accord.

Roger Diwan, an energy expert at the IHS Markit consulting firm, says the damage to the plants is extensive and bigger than originally thought. Diwan says the two installations that came under attack account for about 5% of global oil supply.

Saudi Aramco says the attack has put production of half of the country's daily oil output on hold.

"It's a very large disruption now. It will take time to bring on the units that have not been hit, but we know also that a certain number of critical units have been hit," Diwan says.

In the near term, he says, this won't reduce the amount of oil available on the market, because there is large volume of oil in storage in Saudi Arabia and other countries.

In a statement on Sunday, the U.S. Department of Energy said it "stands ready to deploy resources from the Strategic Petroleum Oil Reserves (SPRO) if necessary to offset any disruptions to oil markets as a result of this act of aggression."

Diwan says while the amount of oil available on the market may remain plentiful now, the attacks will raise its price.

"I think the price will have to reflect the changed conditions, and to reflect first, that we're going to be drawing down strategic inventory, second, that we've lost the spare capacity that the system had in Saudi Arabia," Diwan said.

He added the attacks are forcing oil markets to rethink assumptions that oil supplies are abundant and safe, and "to price the risk that all Saudi, and actually all Middle Eastern oil facilities can be hit by third parties with these types of drones."

At the start of electronic trading Monday, Brent crude — the international standard — surged $7.84, or 13%, to $68.06 per barrel, according to The Associated Press.