Accessibility links
Ric Ocasek, Frontman Of The Cars, Has Died The lead singer of The Cars — the offbeat Boston rock band that became a mainstay of radio in the 1980s — died Sunday afternoon in Manhattan. 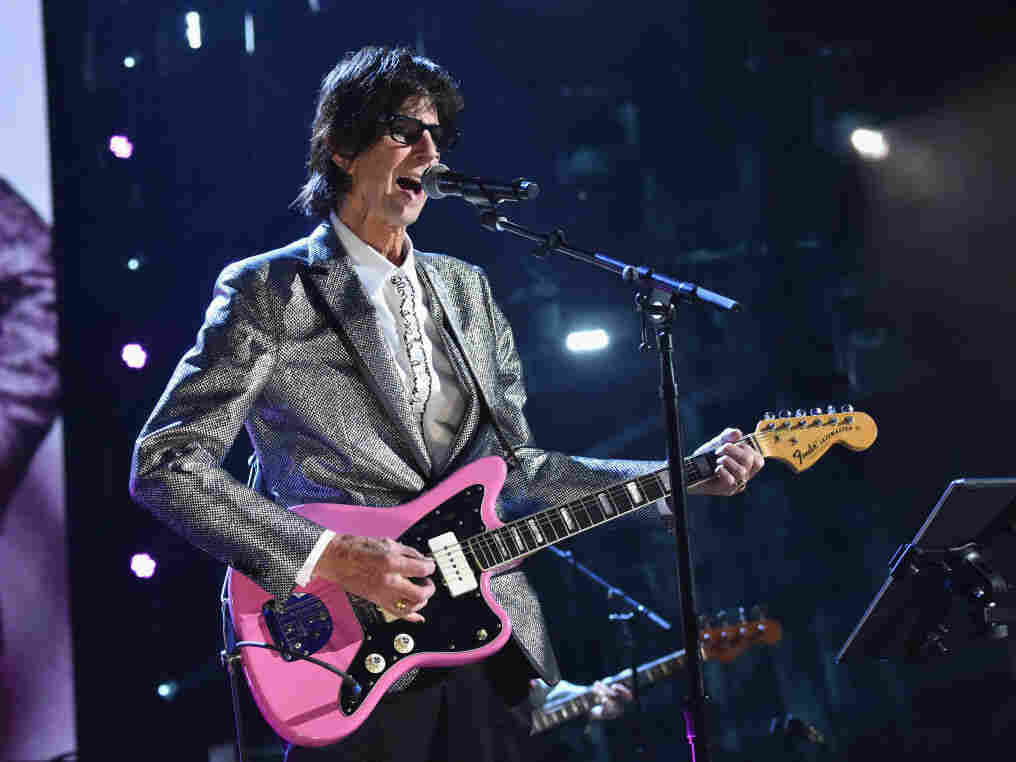 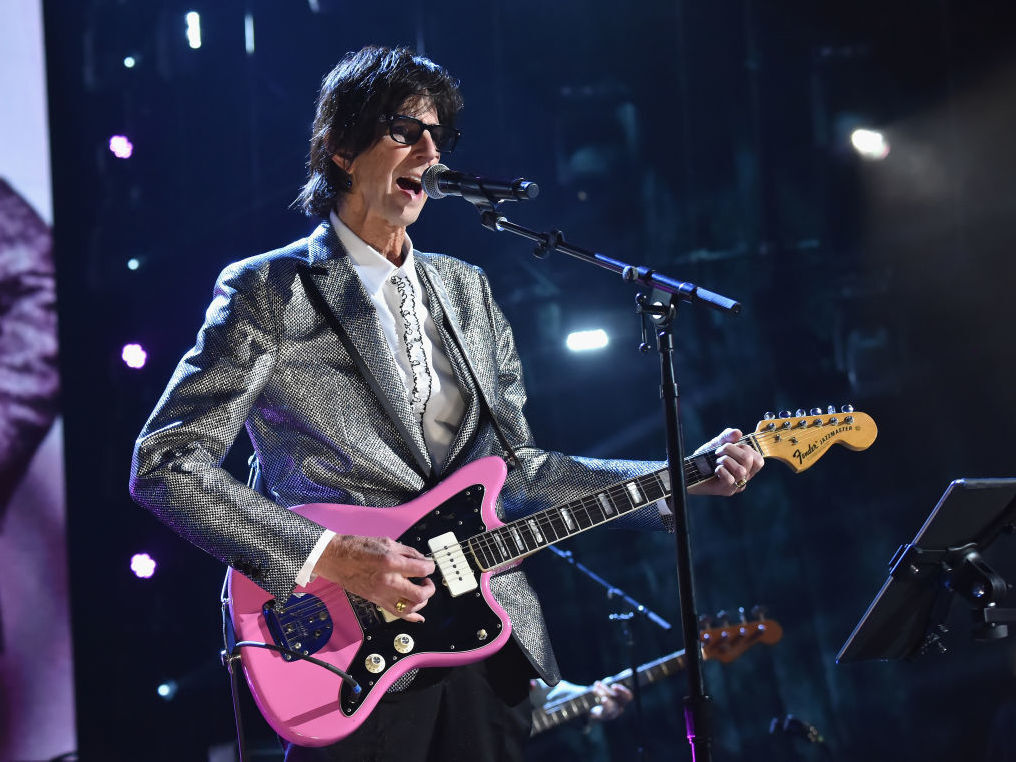 Ric Ocasek of The Cars, performing at the group's induction ceremony into the Rock & Roll Hall of Fame in 2018. Ocasek died Sunday.

Kevin Mazur/Getty Images For the Rock & Roll Hall of Fame

Ric Ocasek, leader of the Boston-based rock band The Cars and an influential music producer, has died, a New York Police Department spokesman confirmed to NPR. He was found unconscious Sunday afternoon at his townhouse in Manhattan. (There is some confusion about Ocasek's exact age: The NYPD said that he was 75; public records list his age as 70.)

On Monday, the New York City Office of Chief Medical Examiner told NPR in a statement that Ocasek died of heart disease, specifically hypertensive and atherosclerotic cardiovascular disease, with pulmonary emphysema as a contributing condition. OCME also lists the singer's age as 75.

The Rock & Roll Hall of Fame, which inducted The Cars in 2018, called the band "the ultimate New Wave dream machine: a hook-savvy super-charged quintet that fused '60s pop, '70s glam and avant-rock minimalism into a decade of dashboard-radio nirvana."

The Cars' lead singer, rhythm guitarist and songwriter was born Richard Otcasek in Baltimore and raised in Cleveland, where his father was a computer analyst for NASA. It was a tough transition: He told Interview Magazine he got "punched in the face the very first day of school." He co-founded the group with Benjamin Orr, a bassist and vocalist with whom he had begun playing in Ohio. The two began traveling as a duo before landing in Boston, and The Cars came together in 1976 with three other musicians: guitarist Elliot Easton, keyboard player Greg Hawkes and drummer David Robinson.

Within a year, the group was signed to Elektra. During the initial wave of publicity for its eponymous debut album, then-Rolling Stone critic Jon Pareles predicted the band's lasting appeal. He wrote: "Everybody liked it: New Wavers recognized Ocasek's Velvet Underground debts and the cunning ambivalence of his lyrics, while rock fans and radio programmers picked up on the catchy tunes and meticulous arrangements." Several cuts from The Cars became instant radio staples, including "Just What I Needed," "Good Times Roll," "My Best Friend's Girl" and "You're All I've Got Tonight." Each of the group's next four albums emerged as huge commercial successes as well.

But even at its most Top 40-friendly, The Cars wove offbeat, New Wave elements into its sound and look that were a perfect match for the MTV age, such as in 1984's "You Might Think," which won the first-ever Video of the Year honor at the MTV Video Music Awards. Ocasek's distinctive look — razor-thin, with a long face and jet-black hair — helped to make him and the band instantly identifiable.

Speaking with NPR in 2011, he explained he'd never really intended to wind up in the spotlight. "I'm not much into being the frontguy," he said. "I was the songwriter, really — the person who put the songs together, and maybe a bit of a director. But being an entertainer was never my main thing."

Ocasek also worked in A&R and produced work by New Wave-era peers like Suicide and Romeo Void. The Cars broke up in 1988, but Ocasek's influence in rock extended well beyond the apex of the group's career. In addition to releasing half a dozen solo albums, he worked as a producer for leading bands of a younger generation, including Weezer, No Doubt, Guided by Voices and Bad Religion. Orr died of pancreatic cancer in 2000, but in 2011, the surviving members of The Cars reunited and released a new album, Move Like This.

Late Sunday night, a post on Weezer's Instagram account stated the band was "devastated by the loss of our friend and mentor Ric Ocasek, [who] taught all of us so much about music, recording and songcraft. But more importantly he taught us that one can be in a respected position of great power and yet be absolutely humble and have the biggest sweetest heart in the industry."