Accessibility links
Bombing At Afghan President's Campaign Rally Kills At Least 26 The attack, for which the Taliban claimed responsibility, occurred as President Ashraf Ghani was making a rare personal appearance. Due to security concerns, he gives many speeches through his laptop. 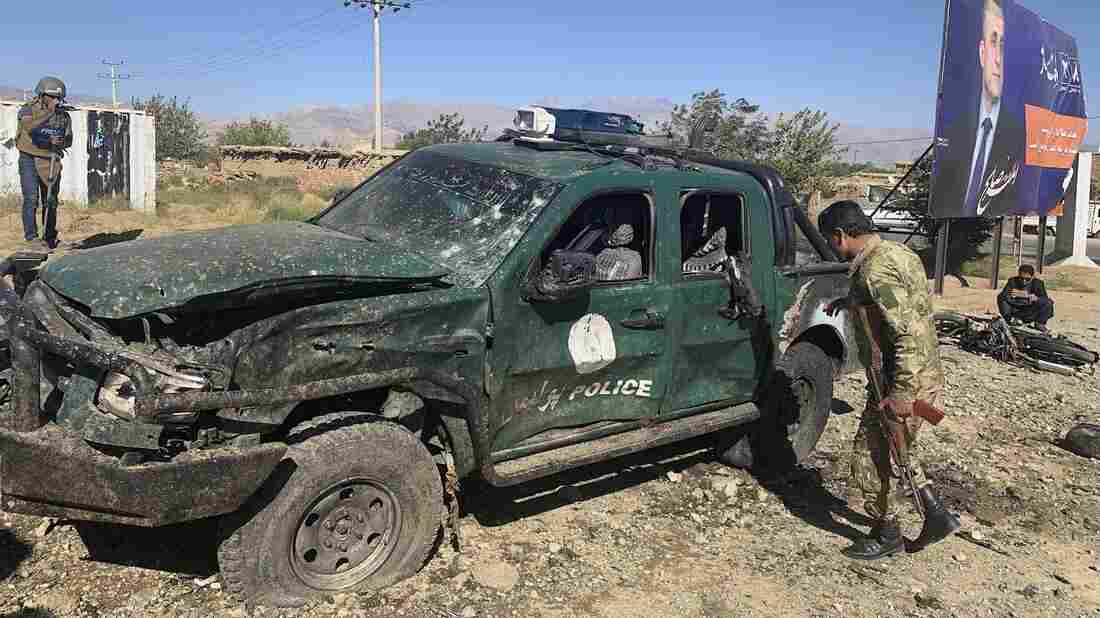 Afghan police inspect the site of a bombing in Parwan province, where Afghan President Ashraf Ghani was speaking at a campaign rally. The Taliban has claimed responsibility for the attack. Rahmat Gul/AP hide caption 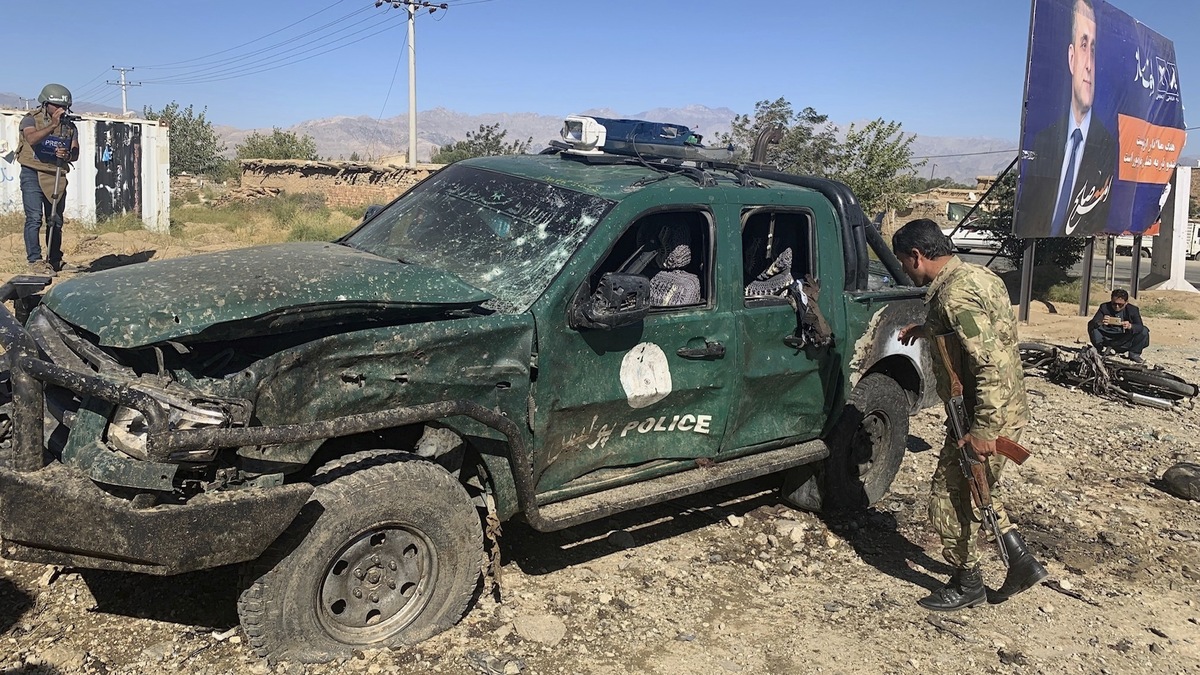 Afghan police inspect the site of a bombing in Parwan province, where Afghan President Ashraf Ghani was speaking at a campaign rally. The Taliban has claimed responsibility for the attack.

An explosion at a campaign rally for Afghan President Ashraf Ghani killed at least 26 people and wounded more than 30 others on Tuesday. Ghani reportedly was not harmed in the bombing, for which the Taliban later claimed responsibility.

The Taliban also said it was behind a second attack in which a suicide bomber detonated a device in Kabul, in an area near the U.S. Embassy and other official buildings. At least 22 people died and dozens were injured in the blast around 1 p.m. local time, the Afghan Interior Ministry says.

The attack on Ghani's campaign rally came during a somewhat rare personal appearance by the president — due to security concerns, he has often addressed crowds by video, speaking into a laptop in his office as he seeks reelection. But the rally's location in Parwan, a province north of Kabul that includes Bagram Air Base, had been deemed safe enough for the president to visit in person.

A local official said the bomb was planted in a security vehicle. Images from the scene showed a green police truck, a crumpled motorbike and other vehicles that had been mangled and scorched by the blast, in what appears to be a parking area for the political rally.

Presidential elections are scheduled for Sept. 28, and the Taliban has condemned the vote, threatening related activities and warning Afghans to stay away.

After Tuesday's bombing, Ghani released a statement saying, "By continuing to commit atrocities, the Taliban demonstrates that they don't have the will for peace or stability of Afghanistan," according to TOLO News.

During his reelection campaign, Ghani has been to a few rallies with his running mate, Amrullah Saleh — whom the Taliban tried to kill in a high-profile attack in Kabul in July, on the first day of campaigning. Saleh survived that suicide bombing, but 20 people died.

The U.N. Assistance Mission in Afghanistan said that targeting the campaign rally shows "despicable disregard for civilian life [and the] fundamental human right to participate in democratic process." It adds, "Such attacks, with scores of civilian casualties, are a violation of international law. "

The White House released a statement on Tuesday night condemning "the Taliban's cowardly attacks against the Afghan people." The statement said President Trump "has made it clear that he will not negotiate a peace agreement while the Taliban continues such attacks."