Accessibility links
Justice Department: Edward Snowden Book Profits Should Go To The U.S. Government DOJ lawyers want all of Snowden's profits and royalties from Permanent Record, and all of the publisher's assets related to the memoir, to be placed in a special fund benefiting the U.S. government. 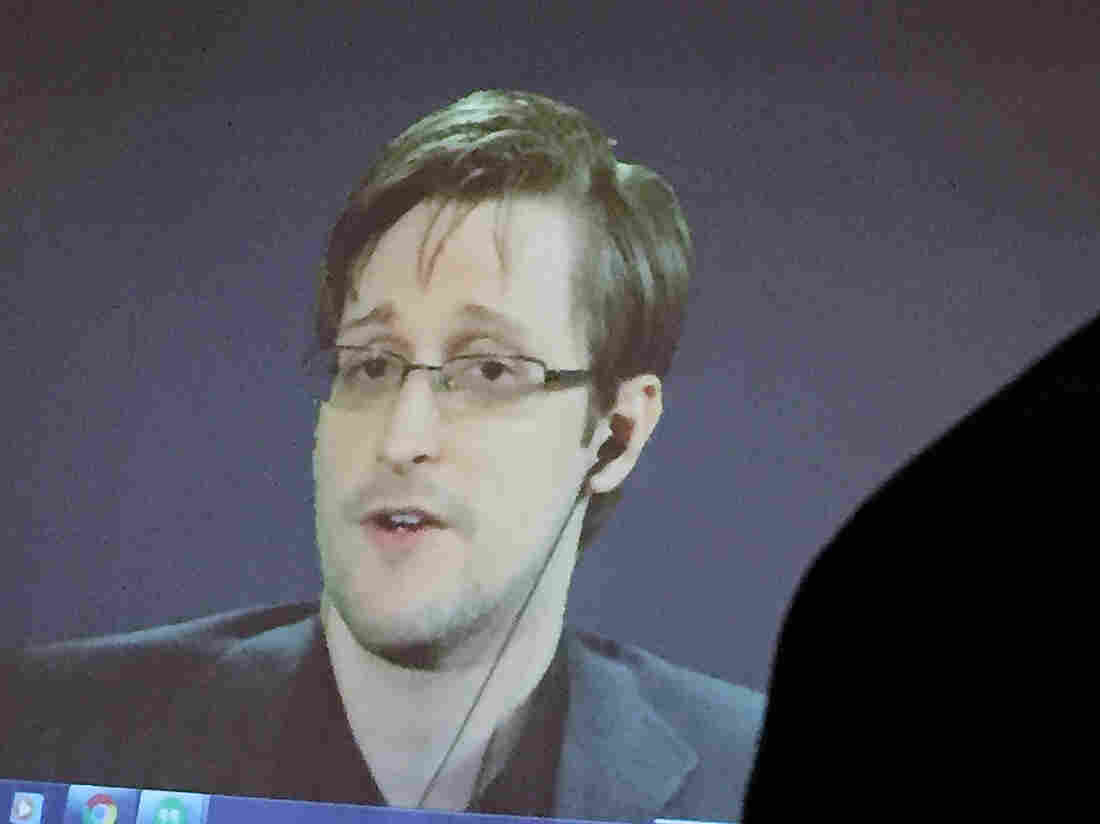 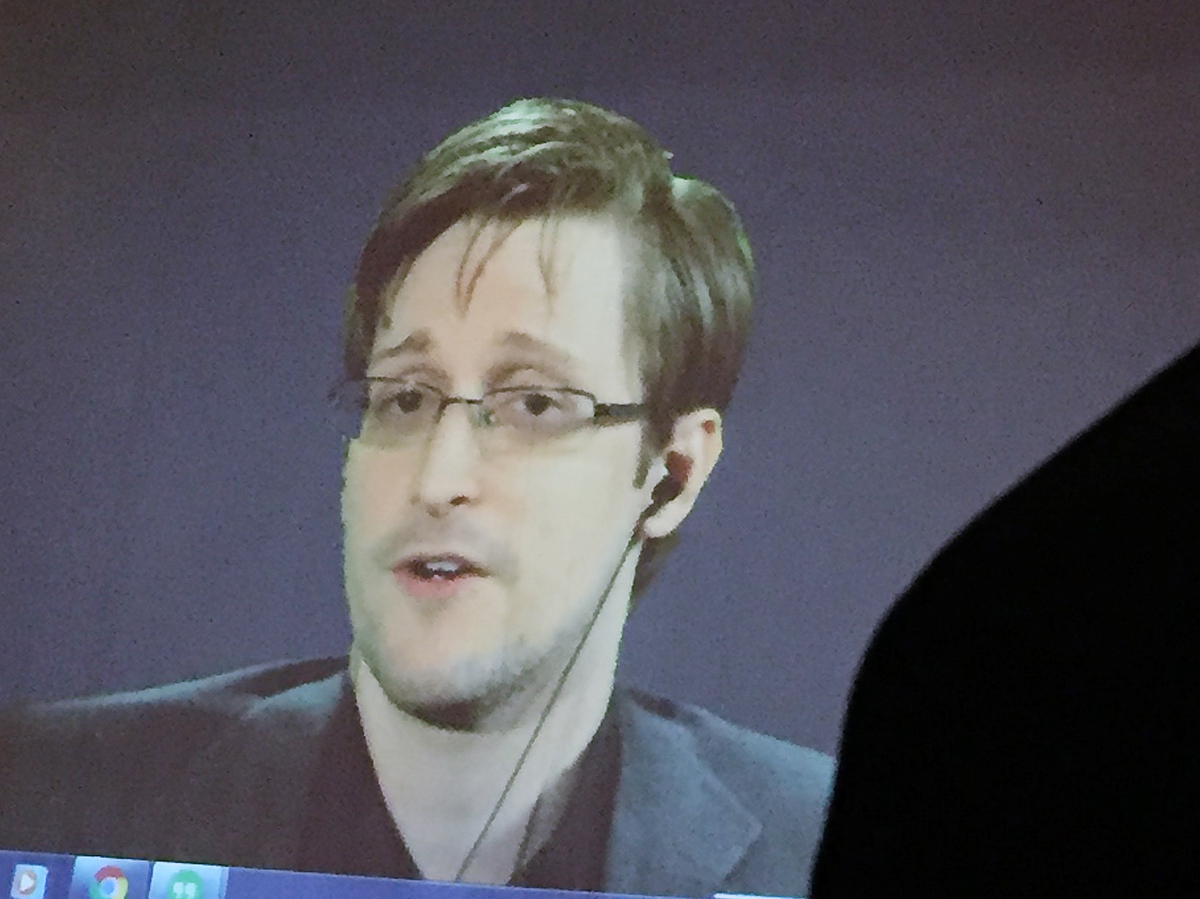 The Justice Department says Edward Snowden, seen here via video feed, breached nondisclosure agreements he signed with the National Security Agency and CIA with the publication of his new memoir, Permanent Record.

The Department of Justice has filed a lawsuit against Edward Snowden alleging that his newly released memoir, Permanent Record, violates nondisclosure agreements he signed with the federal government. Justice Department lawyers say the U.S. is entitled to all of Snowden's book profits.

The suit, submitted to the court on the same day as the release of Snowden's book, argues that Snowden's failure to receive pre-publication approval from the NSA and the Central Intelligence Agency constitutes a breach of contract.

Under NSA policy, current and former agency employees, including contractors, are prohibited from ever disclosing any information obtained during the course of government employment, according to copies of secrecy agreements Snowden signed that were filed to the court.

"Additionally, Snowden has been, and will continue in the future to be, unjustly enriched in the amount of profits, advances, royalties, and other advantages resulting from the unauthorized publication of his book," McCotter wrote.

Ben Wizner, an ACLU lawyer who represents Snowden, said the book does not contain government secrets that were not already publicly known.

"Had Mr. Snowden believed that the government would review his book in good faith, he would have submitted it for review. But the government continues to insist that facts that are known and discussed throughout the world are still somehow classified," Wizner wrote in a statement.

For the past six years, Snowden has lived in Russia, where he was granted asylum as he faces separate federal criminal charges in the U.S. over allegations of espionage and the theft of government property following the 2013 leak of classified material that exposed U.S. surveillance programs, sparking a national debate about privacy and national security.

The civil suit asks the court to freeze all of Macmillan's assets related to Snowden's memoir and for all of Snowden's profits and royalties from the book to be placed in a special fund on behalf of the U.S. government. It is not clear how government officials intend to use the money.

The Justice Department said in a statement that it is "suing the publisher solely to ensure that no funds are transferred to Snowden, or at his direction, while the court resolves the United States' claims."

Beyond targeting Snowden's book, federal prosecutors say they are entitled to money Snowden has earned from speeches, claiming his remarks also violated his contractual obligation to receive permission from U.S. intelligence agencies.

Snowden worked for the CIA from 2006 to 2009. He also worked for the NSA as a contractor at various times between 2005 and 2013, during which he was a full-time employee of Booz Allen Hamilton, which is based in McLean, Va.

"Mr. Snowden wrote this book to continue a global conversation about mass surveillance and free societies that his actions helped inspire," Wizner said. "He hopes that today's lawsuit by the United States government will bring the book to the attention of more readers throughout the world."

In April, the ACLU and the Knight First Amendment Institute filed a lawsuit challenging the government's pre-publication review process, saying it allows the government to suppress the free speech of public servants.

"This far-reaching censorship system simply can't be squared with the Constitution," Jameel Jaffer, executive director of the Knight First Amendment Institute, said. "The government has a legitimate interest in protecting bona fide national-security secrets, but this system sweeps too broadly, fails to limit the discretion of government censors, and suppresses political speech that is vital to informing public debate."

Macmillan, in a statement, stood by Snowden's book and said it was proud to publish his "uncensored story."

"We are very disappointed that the government has chosen to sue Edward Snowden for telling the deeply personal story about his decision to speak out about our government's unprecedented system of mass surveillance," a Macmillan spokesperson said.