Accessibility links
'Nailed It' Host Nicole Byer: 'There Isn't Just One Type Of Black' The rising comedy star and host of the Emmy-nominated baking competition Nailed It! has gone to therapy weekly, escaped grief onstage and taught herself to do her own makeup for television. 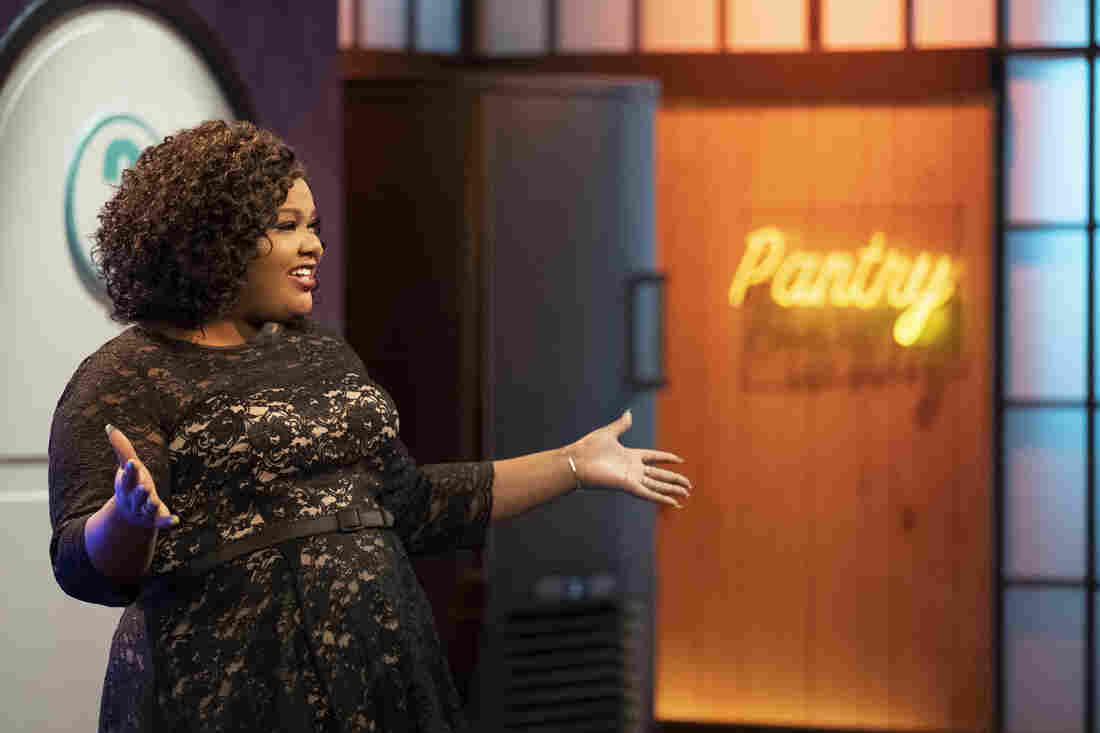 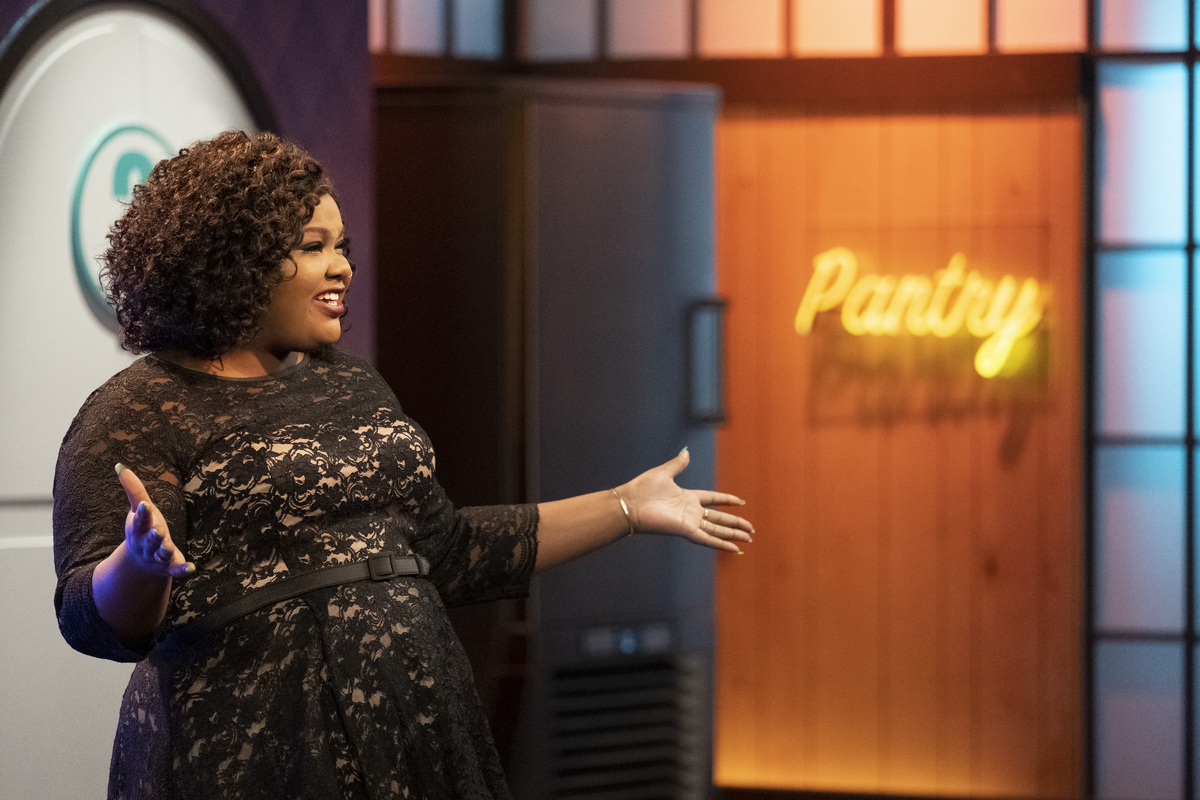 Along with pastry chef Jacques Torres, comedian Nicole Byer hosts Nailed It!, a show that celebrates great failures in cake-making.

Nailed It! is a competition show in which home bakers try to re-create elaborate cakes — and often fail spectacularly.

"Our show is truly like: As long as you don't kill people with your food, you might win!" says co-host Nicole Byer.

So when Byer learned the Netflix program was nominated for an Emmy, she was shocked.

"The call I got from Netflix, one of the execs on the show, she was like ... 'We were — nominated?' " Byer says. "Everybody was surprised."

Byer isn't even a baker. She's a comedian who isn't afraid to talk about all the things we're nervous about — how we look, how we have sex, how desperate we might be to have sex. Among other things, she hosts a podcast called Why Won't You Date Me?

As part of She's Funny, the All Things Considered series about the rule-breaking and risk-taking women of comedy, I sat down with Byer before a live audience at the Downtown Independent theater in Los Angeles.

On a comedy sketch in which she's asked to act out stereotypical blackness for an audition, and the incident that inspired it

You can see it. It's a commercial where I play a fairy. It's a Nestle commercial, but it was for Israeli Nestle. So I guess in Israel, they don't know black. So the cast director was a white lady ... and she was like, "OK, Nicole, how do I say this — I need you to be as black as possible, and if you go too black, I'll bring you back." And in my head I was like, "What does that mean?" Like, if I shout, "Crips! Bloods!" I don't know. What to you is too black? Also, if I'm a gang member, how are you bringing me back, you know? So it was very confusing. ...

She was the one who flat-out said it, so I'm not mad at her. ... Other people will coat it with "urban" or "street" or "edgy" or things like that. And I know what I sound like. So it would require me to code switch for me to do those things. And that's not who I am. So you are asking me to literally put on your version of "black," which is to me a blackface, because that's not me. And it's hurtful when you realize: Oh, Hollywood understands one type of black. And there isn't just one type of black — just like there isn't one type of white. Like, Emma Stone, Emma Roberts — all these girls get to exist and they don't have to be one thing. They can be anything they want. And we have to be just one thing. ...

When I was little, people would say to me and my sister, or to my mother: "Wow, they're so well-spoken." And I didn't realize until I was an adult that that's a microaggression. ... Just because I'm a little black girl doesn't mean that I'm going to sound the type of way you think I'm going to sound. My name is Nicole, and not something black-sounding, because my mother knew that on a resume, a black-sounding or a black-looking name will not get you in the door. And that was in [1986]. That is not different now in 2019. 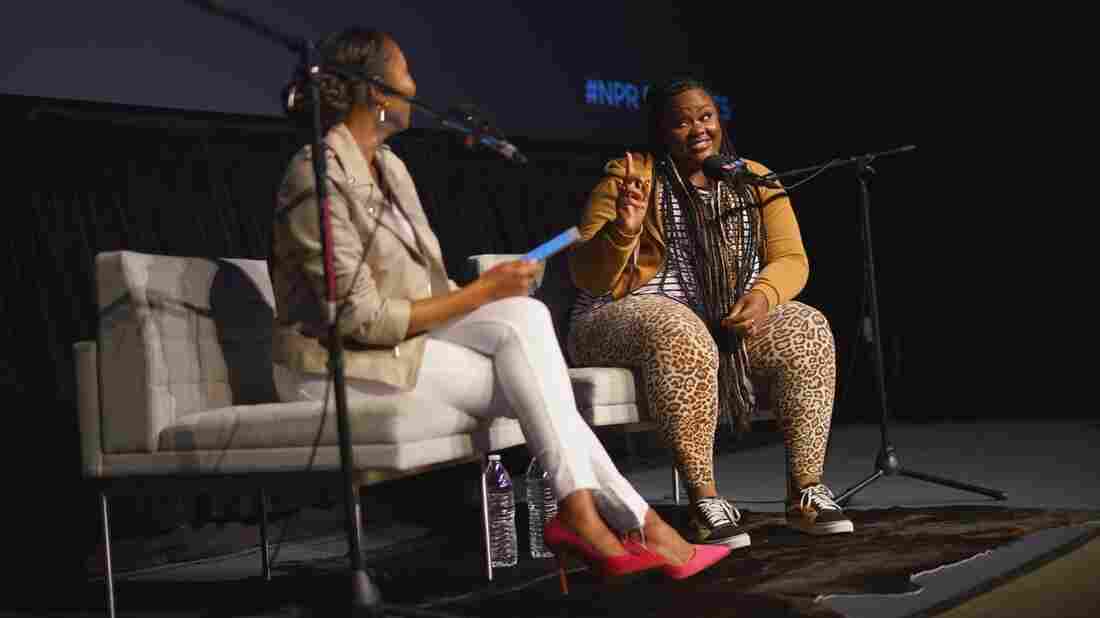 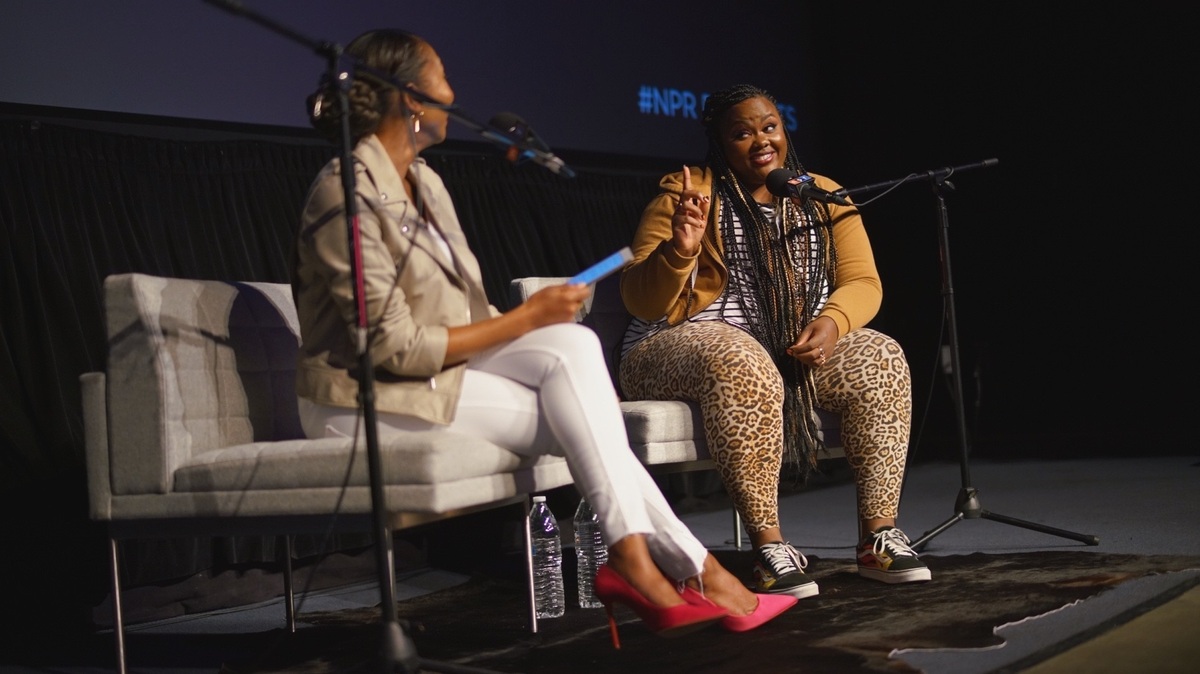 One of the first jokes I wrote: 'cause I didn't start doing stand-up till 2013; I was doing a lot of improv and sketch [comedy]. So I had started doing improv ... the beginning of June 2008, and my dad died in June 2008. And I'd asked him, when I started taking classes, I was like, "Daddy, OK, so for my grad show will you finally come to New York and watch me perform?" And then he said, "Hard no. I'll die before I watch you do improv." [laughing]

People don't like that joke. I still think it's pretty funny. Who wants to watch someone do object work?

But yeah, doing comedy truly helped me through that, because I was really sad. Me and my dad never got along, and my mother really wanted us to get along, obviously. ... She had encouraged me to do the school play, 'cause she was like, "You talk so much. Why don't you talk other people's words on a stage? And don't come home for a couple hours."

So I started doing the play, and that was amazing for me. And then I was in the musical when my mom died, and that was a nice thing ... it took my mind off of things. I didn't have to be me for the two hours of play rehearsal; I got to be whoever I was playing in the play. So then when my dad died, I was doing improv. I didn't have to be me — I could go on stage and be like, "I'm an elephant!" Or whatever. (I'm making fun of improv, but I truly have a show tonight at 9:30 where I'm going to do improv.) So yeah, it was a blessing that I had found these things before they passed away so I could escape.

Oh, I go to so much therapy. So much therapy ... so much therapy. I, my [therapist] Mary, I love her, I see her every Thursday, and I unload. I hadn't seen her in like a month, and then last Thursday I don't think she said two words, and then I was like, "OK Mary, see you later!" So this week she'll have more things to say to me, but I was just like, "I need to tell you so much!"

I learned how to do my own makeup because I was tired of looking like s*** on television. Like, I'll go back and look at things earlier in my career and be like: Yep, that was a makeup artist who was mixing sand and tan, and not getting ebony. Like, I'm a dark woman. When I was starting out you could not use drugstore brands on me. You couldn't; they didn't make it in my color. So when you pop out Covergirl, I was like: Not this girl.

So I learned. I would watch tutorials, and I learned how to do my own makeup, and I would come to set with a base. I would bring my own makeup. I started wearing wigs because people did not know how to do my hair. ... Also, I didn't have any money, so this wig would get ratty, but I was like, I'd rather be in my own ratty wig than having someone just patting my hair down. Like, have you ever seen a white woman do a black woman's natural hair? ... Isn't it wild? Where they're just like, "OK, and you're good!" And you're like: "You didn't put anything in my hair! Also, you patted it into a square."

On joy and resilience

When my mom died, I was a hellion. I think that's a good word. I made a lot of bad choices, and I was really angry with the world, and I lived with a very reckless abandon. Like, one of my dear friends is like, "When I first met you, I thought you were going to die before you hit 30." And I was like, "Fair." Because when I hit 30, I was like, "Well, hot dang." So I think those years really shaped me into now, because now I'm like, "Oh I have to, like, think before I do things," and now I'm "in therapy," and I "do a little yoga." I just started taking care of myself.

I don't know if it's resilience. I don't know. I think I just — I have a lot of things I want to share with the world, and I really like what I do. It really brings me joy to do comedy. ... It was a long journey to that.

Lauren Hodges, Joanna Pawlowska, Bilal Qureshi and Emily Kopp produced and edited this interview for broadcast. Patrick Jarenwattananon adapted it for the Web.