Accessibility links
Wildfires Are Burning Bolivia's Forests At Nearly Same Scale As Brazil Firefighters, troops and volunteers have been working for the past two months to put out some of the worst blazes in the country's recent history. 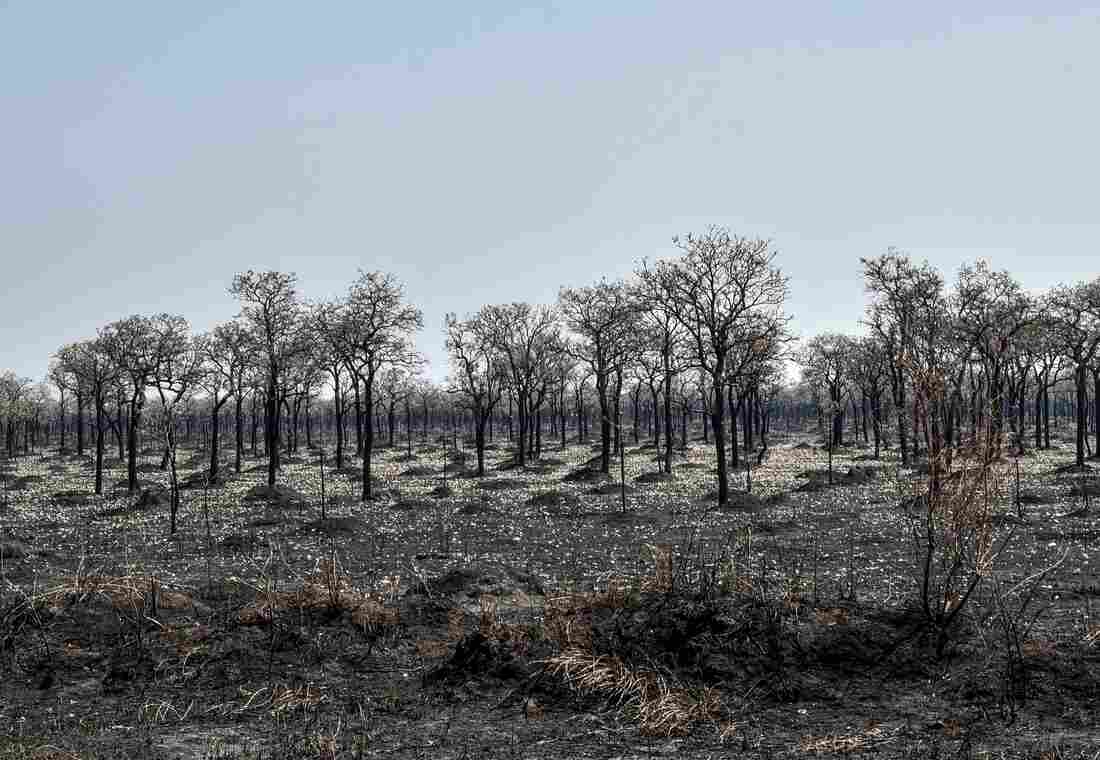 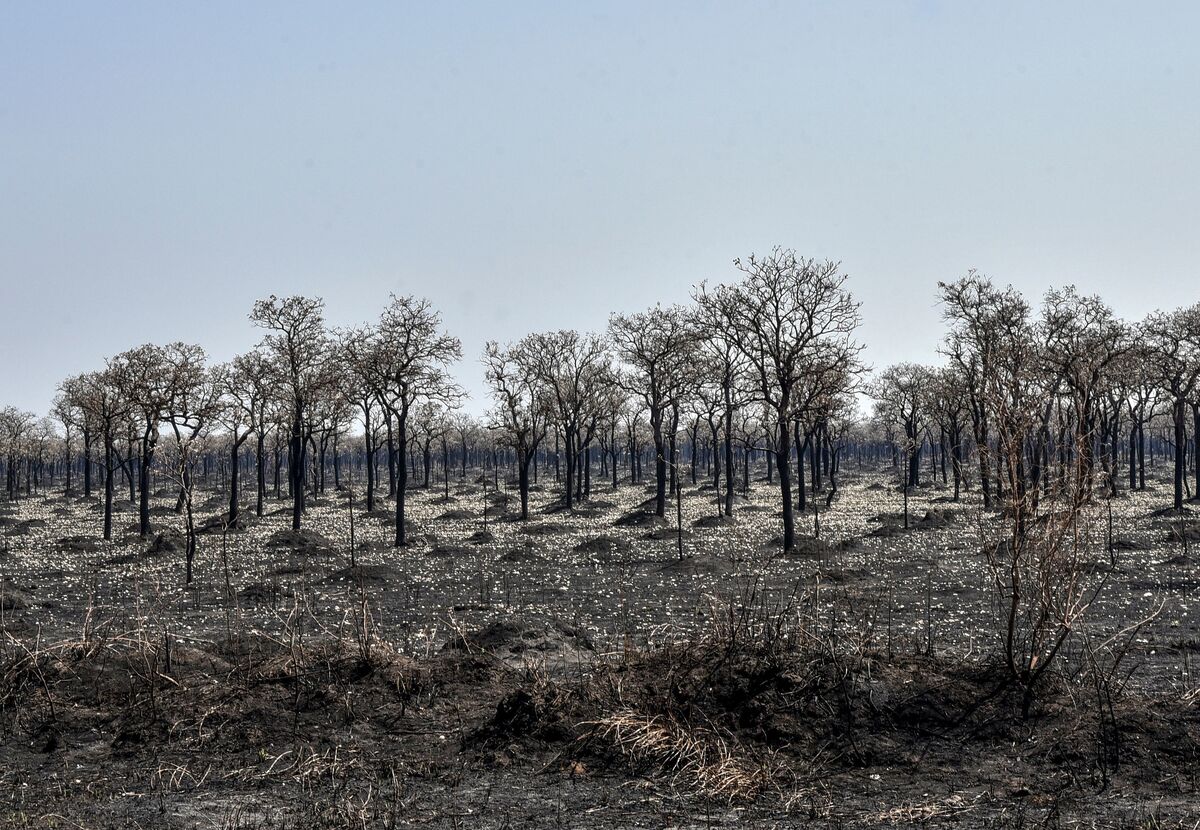 An area affected by forest fires in Otuquis National Park, in the Pantanal ecological region of Bolivia, southeast of the Amazon basin.

Six volunteer firefighters use machetes to cut a path through the vines and underbrush of the Chiquitano forest in Bolivia's eastern lowlands. They're approaching the leading edge of a fire that's been burning for hours.

They attempt to smother it with shovelfuls of dirt and water they carry on their backs in tanks normally used to fumigate crops. But the smoke is getting thicker, the heat stronger and swirling winds push the flames forward. Realizing they are overmatched, José Zapata, the only trained firefighter among the group, orders his men to pull out.

"The fire was coming from many sides," Zapata explains as he leads a hasty retreat to the relative safety of a nearby road. "We could have gotten trapped."

Bolivian firefighters, army troops and volunteers have been working nonstop for the past two months amid some of the worst fires in the country's recent history. President Evo Morales, who is running for reelection next month, has suspended his campaign to deal with the expanding disaster.

On Saturday, regional officials estimated nearly 6 million acres of forest and savanna have been torched since August. Eduardo Forno, who heads the Bolivian chapter of Conservation International, says that is almost equal to the area burned this year in the Amazon rainforest in neighboring Brazil, a country eight times larger. 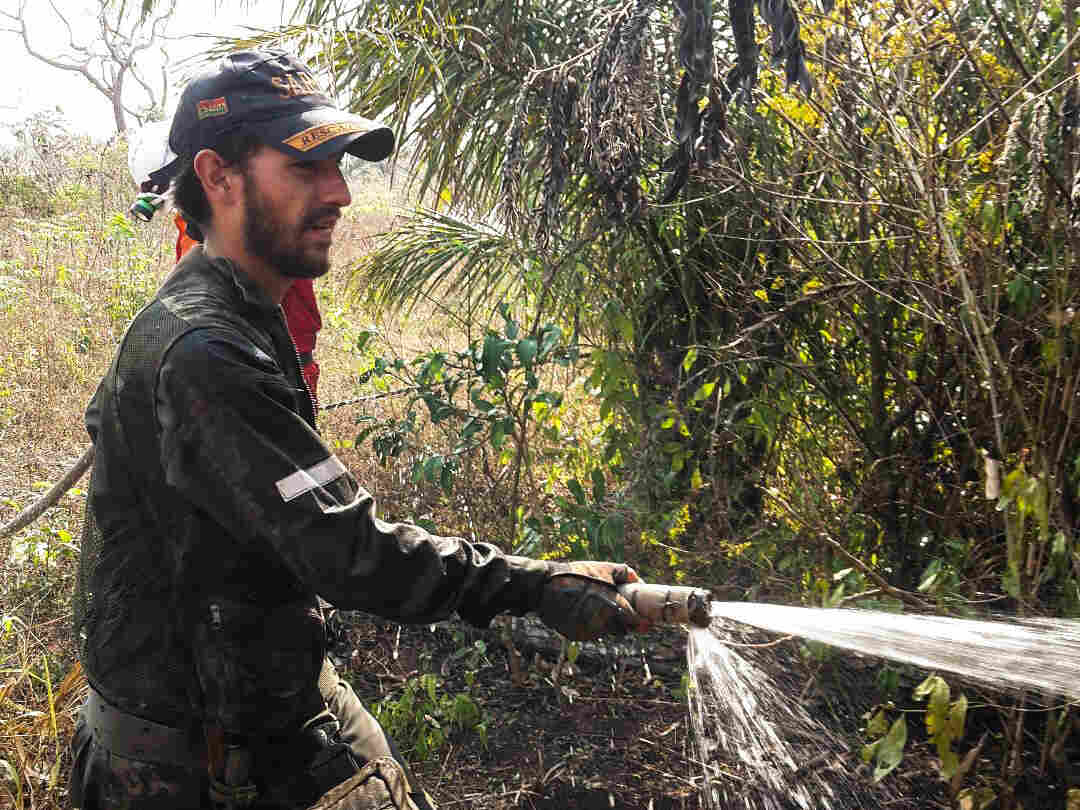 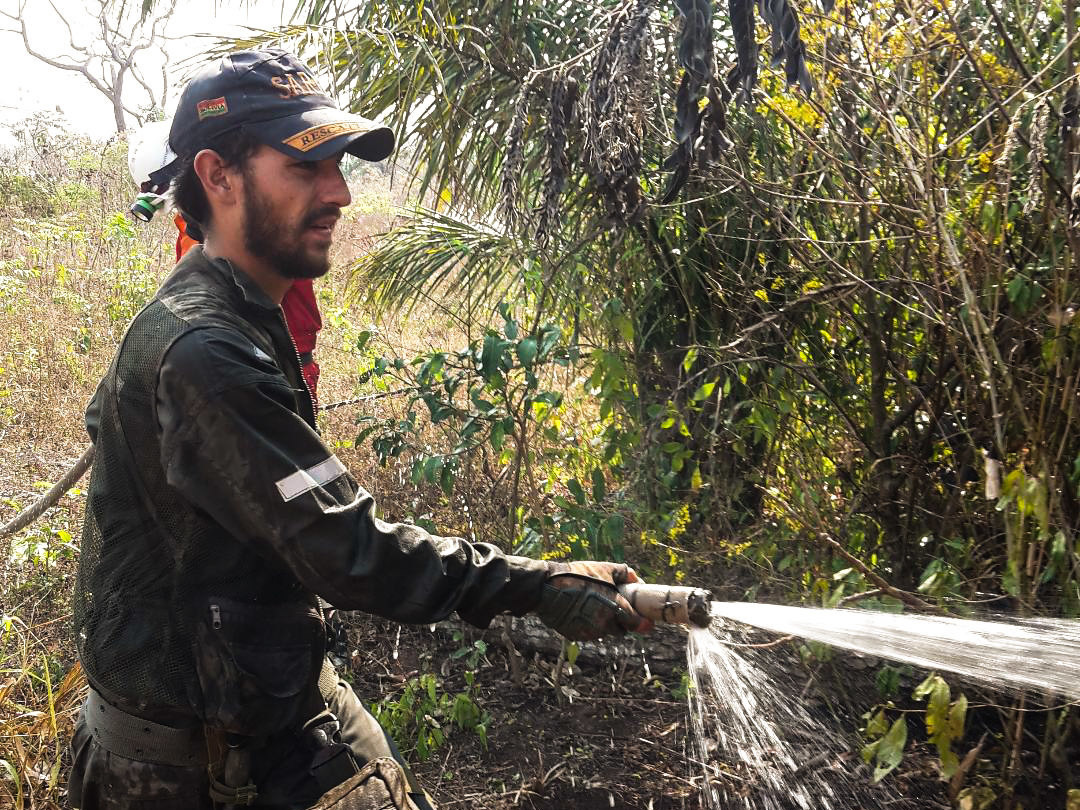 José Zapata, 28, fights the fire in the Chiquitano forest in Bolivia's eastern lowlands on Sept. 7.

"The area impacted by fires in both countries is pretty similar. But Bolivia has less area [so] the impact is bigger than in Brazil," Forno said.

But while fires in the Brazilian Amazon have captured the world's attention, the Bolivian tragedy has largely gone under the radar. That's partly because most of the destruction is taking place in the Chiquitano. This is an immense, tropical dry forest that stretches from eastern Bolivia into Brazil, but one that few people outside the region have ever heard of.

What's more, Brazil's right-wing president, Jair Bolsonaro, has sparked international outrage by denying climate change, promoting cattle ranching, logging and gold mining in the rain forest, blaming fires on environmentalists and refusing most outside help to put them out.

An Aymara Indian who was first elected in 2005, the left-wing Morales has long spoken of the need to protect Pachamama, an indigenous term for Mother Earth. He has also accepted international assistance such as firefighters from Argentina as well as U.S. and Russian supertanker jets that are dumping tons of water on the flames.

Even so, critics say policies promoted by the Morales government have exacerbated the fires that broke out in July amid a severe drought and high winds.

In 2016, for example, Morales signed a law that increases by fourfold — to nearly 50 acres — the amount of land individual farmers can burn to make room for crops and livestock. In July, he signed a decree allowing "controlled burns" in and around the Chiquitano forest designed to extend the country's ranching and agricultural frontier. Authorities say many of these fires are now raging out of control. 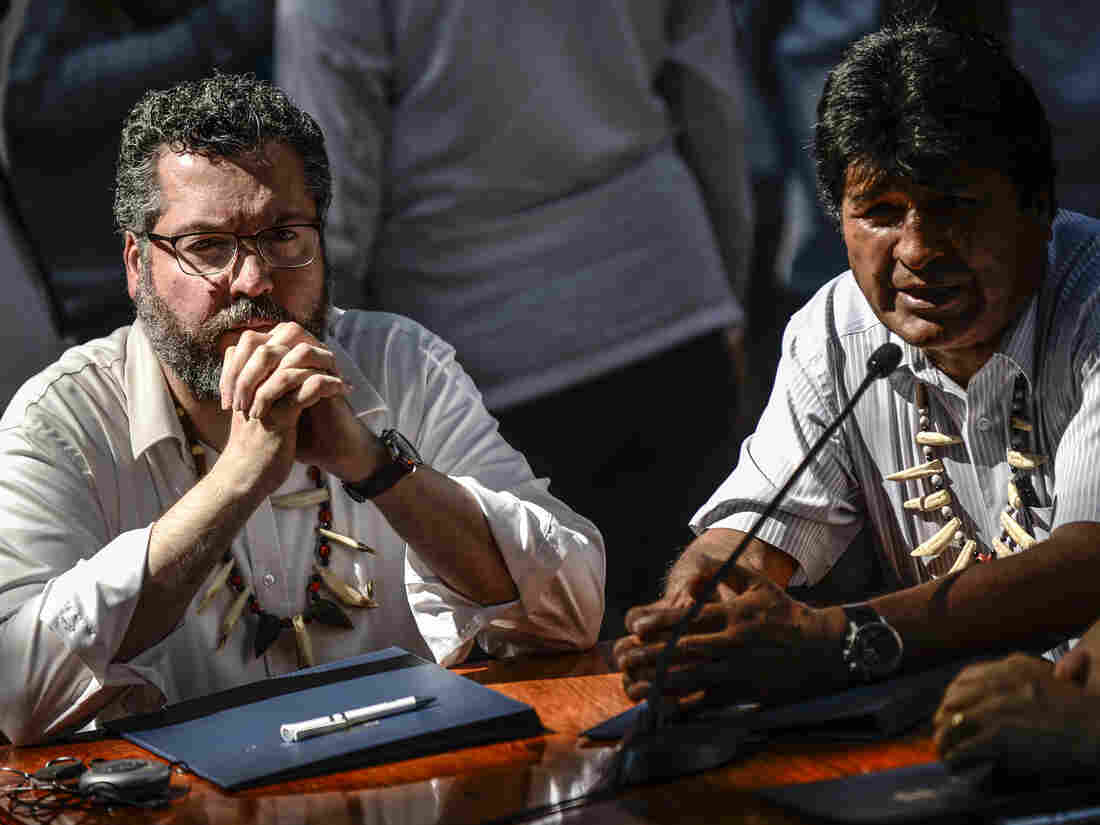 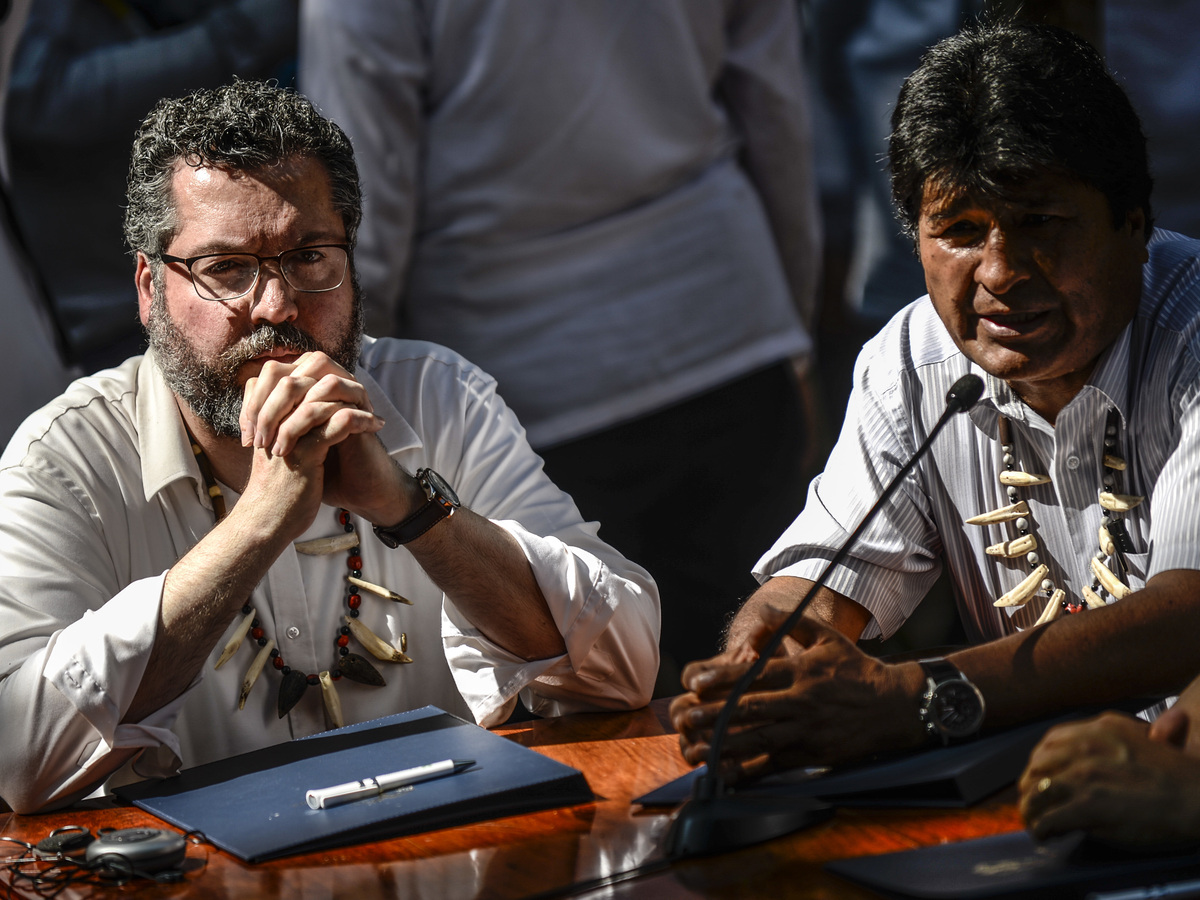 "Our president has managed to create an image of a defender of Mother Earth," says Cecilia Requena, an environmentalist and opposition politician. "But he has this typical vision of what development is. And development according to this vision is bringing the tropical forest down for meat and soybeans and biofuels. He is promoting exactly the same policies as Bolsonaro. It's maybe even worse because it is so hypocritical."

Requena says Morales' government initially downplayed the extent of the fires and the response has been late, chaotic and ineffectual.

Bolivian officials did not respond to NPR's requests for comment. But they often blame the fires on global warming rather than government policy. Last month, the president's chief of staff, Juan Ramón Quintana, declared that "fire is almost a natural child of agriculture."

Still, Morales is running for a fourth-consecutive term in the Oct. 20 presidential election and some analysts believe that the fires could damage his prospects.

Last week, a poll sponsored by the country's largest public university showed Morales with just 31.1% support. That's about 6 points higher than his nearest rival but short of the 40% of the votes he would need to claim outright victory and avoid a December runoff.

Now, a state sponsored TV campaign is portraying Morales as Bolivia's firefighter in chief, with spots showing a determined-looking Morales spraying water on the flames.

However, due to the outbreak of so many fires, the job is often carried out by ill-equipped volunteers. Last week, three volunteers died while fighting the fires in the Chiquitano forest.

Firefighter Zapata's crew comes from all over Bolivia and includes farmers, construction workers and accountants. They wear an assortment of donated coveralls, helmets, goggles and respirators while their fire hose is full of holes. Due to a lack of vehicles, they must often bum rides to get to the fires. On a recent day this month, several of them pile into an NPR vehicle to reach the burn zone. 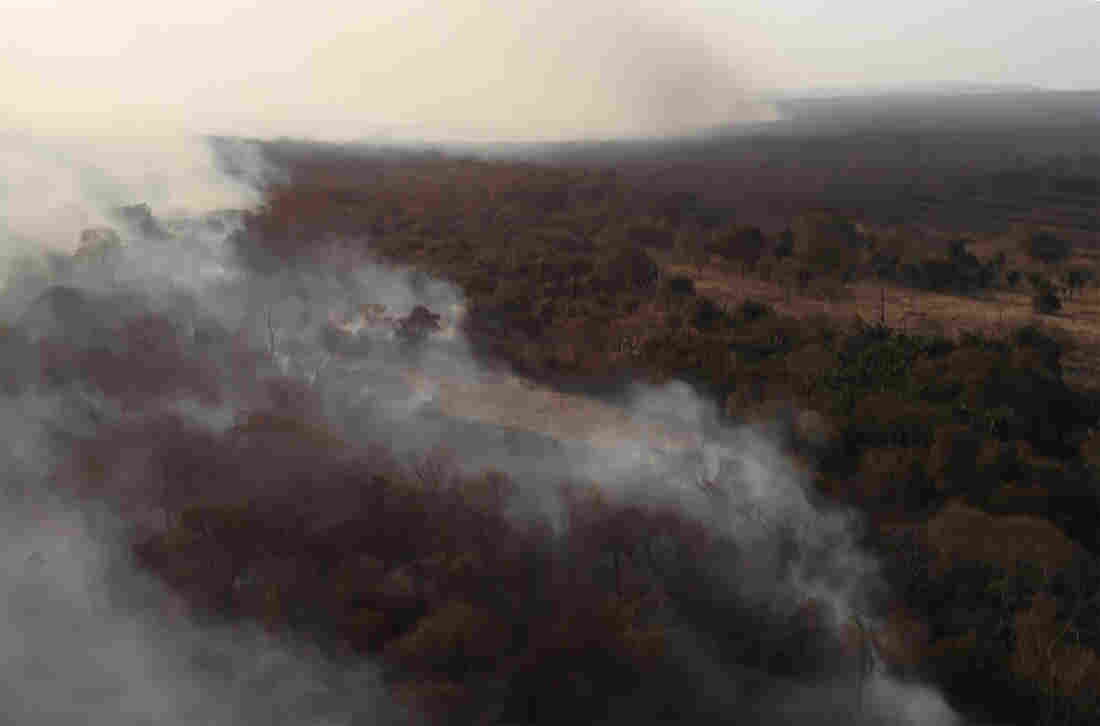 A wildfire blazes near the town of Roboré, in eastern Bolivia's Santa Cruz region, on Aug. 21. AFP/Getty Images hide caption 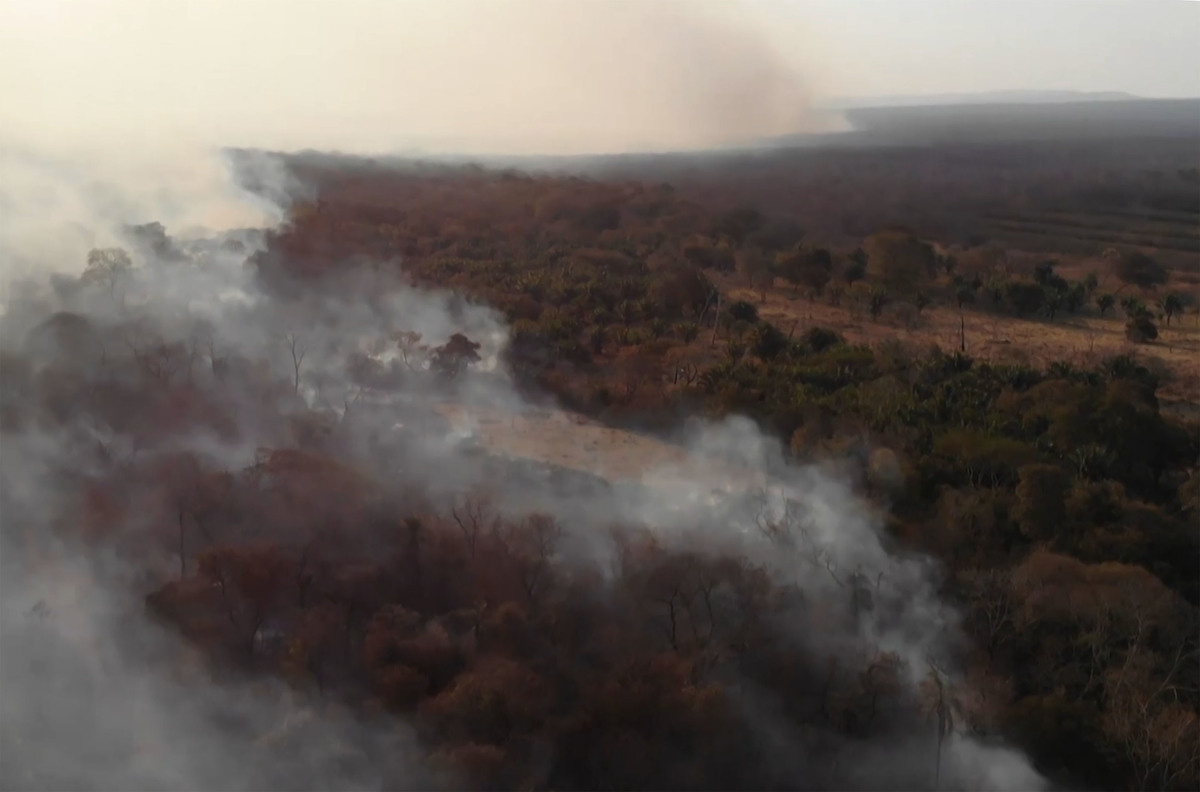 A wildfire blazes near the town of Roboré, in eastern Bolivia's Santa Cruz region, on Aug. 21.

"We have no other choice," says Zapata, a 28-year-old from the southern Bolivian city of Tarija who arrived last month. "We can't just give up and let everything burn."

After retreating from the earlier fire, his crew spots another creeping toward the house of a local rancher. They attack with rakes, shovels and water pumps and this time they gain the upper hand.

Crucial to their efforts are local residents, who fill up buckets of water at a pump, then form a human chain to pass them forward to the firefighters.

They manage to douse the flames and save the house and, for a brief moment, the volunteers feel like heroes. Then, it's time to move on to next fire.