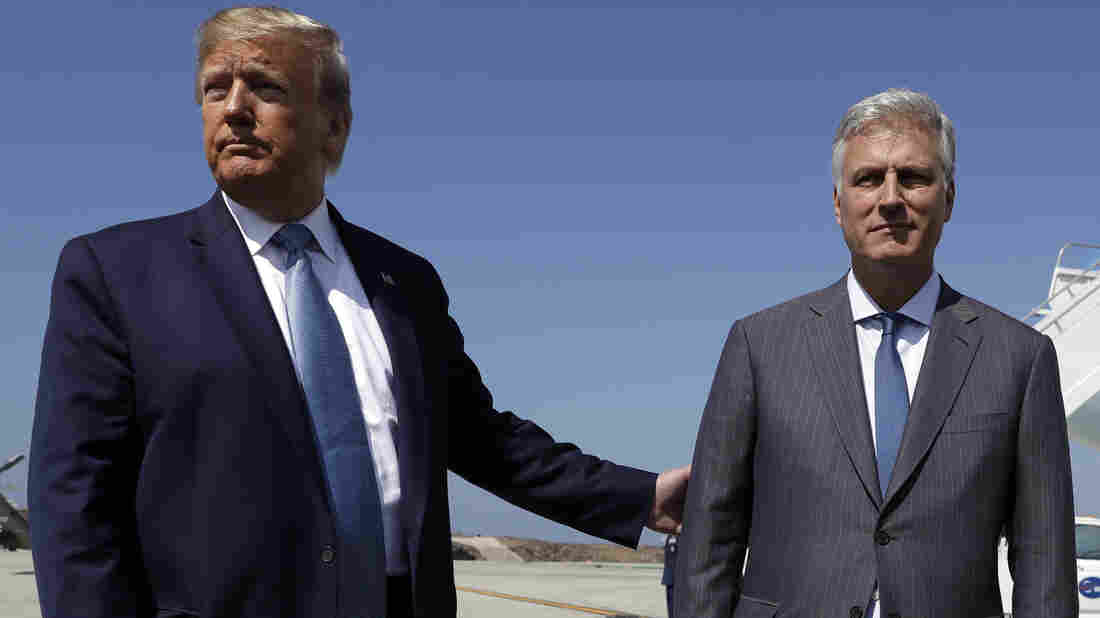 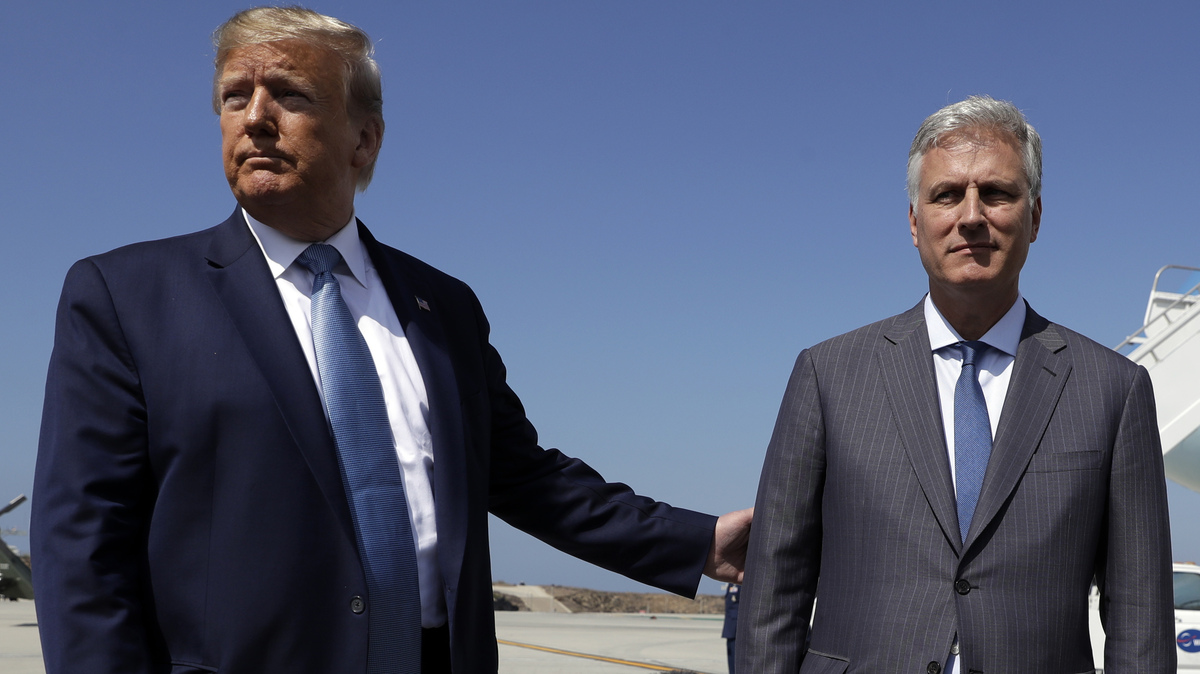 President Trump has named Robert C. O'Brien, who has been his special envoy for hostage affairs, to be his new national security adviser.

Trump made the announcement in a Wednesday morning tweet.

"I am pleased to announce that I will name Robert C. O'Brien, currently serving as the very successful Special Presidential Envoy for Hostage Affairs at the State Department, as our new National Security Advisor. I have worked long & hard with Robert. He will do a great job!" Trump said.

I am pleased to announce that I will name Robert C. O’Brien, currently serving as the very successful Special Presidential Envoy for Hostage Affairs at the State Department, as our new National Security Advisor. I have worked long & hard with Robert. He will do a great job!

O'Brien replaces John Bolton, who was forced out by Trump earlier this month. O'Brien will be the president's fourth national security adviser in less than three years in office.

Trump praised O'Brien when the two men appeared together before reporters in Los Angeles.

"I think we have a very good chemistry together," Trump said, "and I think we're going to have a great relationship," adding O'Brien is "a very talented man."

Prior to his appointment, O'Brien had been perhaps best known for his efforts to win the release of American rapper A$AP Rocky, who was held in a Swedish jail after being arrested for his involvement in a Stockholm brawl.

O'Brien also helped secure the release of an American citizen held in Yemen.

Before that, O'Brien had worked in other State Department roles, including as a member of Bolton's team during the administration of President George W. Bush, according to O'Brien's official biography.

O'Brien, alongside Trump in L.A., said the U.S. faces "a number of challenges, but we have a great team in place," mentioning Secretary of State Mike Pompeo, Defense Secretary Mark Esper, and Treasury Secretary Steven Mnuchin.

One of the biggest challenges immediately facing the Trump administration's national security team are the rising tensions with Iran, following the weekend strike on a Saudi Arabian refinery complex, which the U.S. and the Saudi government have blamed on Tehran.

Saudi officials laid out what they called the evidence that Iran was behind the attack on the Saudi Aramco refinery in a presentation on Wednesday in the Kingdom's capital of Riyadh.

Trump said the U.S. has many options for dealing with Iran, but that the was not ready to use what he called "the ultimate option," going to war.

Trump said the administration would outline additional sanctions against Iran in the next few days.

Praise for selection of O'Brien

Sen. Mitt Romney, R-Utah, for whom O'Brien served as a national security adviser during Romney's 2012 Presidential campaign welcomed the appointment.

Congratulations to my friend Robert O’Brien, who the President has appointed to serve as National Security Advisor. As the Special Presidential Envoy for Hostage Affairs, he has doggedly pursued the release of American hostages abroad. He is a man of the highest integrity.

Patrick Cronin, Asia-Pacific Security Chair for the Hudson Institute, said O'Brien has a "razor-sharp mind and a diplomatic demeanor."

And Andrew Exum, who served as deputy assistant secretary of defense for Middle East policy toward the end of President Barack Obama's administration, wrote on Twitter that O'Brien is a good man who's been given a "challenging role."

All I have to say is that @robertcobrien is a really, really good person and that I wish him all the best in what will certainly be a challenging role. https://t.co/ytyx0apYod

O'Brien does not require Senate confirmation to move into his new job. He will be Trump's fourth national security adviser and enter an administration that has become known for turnover.

Trump entered office with retired Lt. Gen. Mike Flynn, who was removed due to his role in the Russia imbroglio and who has pleaded guilty to lying to the FBI.

Taking his place was Lt. Gen. H.R. McMaster, with whom Trump did not click personally. The split between those two men created the opening that Bolton filled last year.

Bolton's commentary on Fox News and elsewhere appealed to Trump, but his hawkish positions once he was back inside government ultimately estranged him from the president and other advisers.