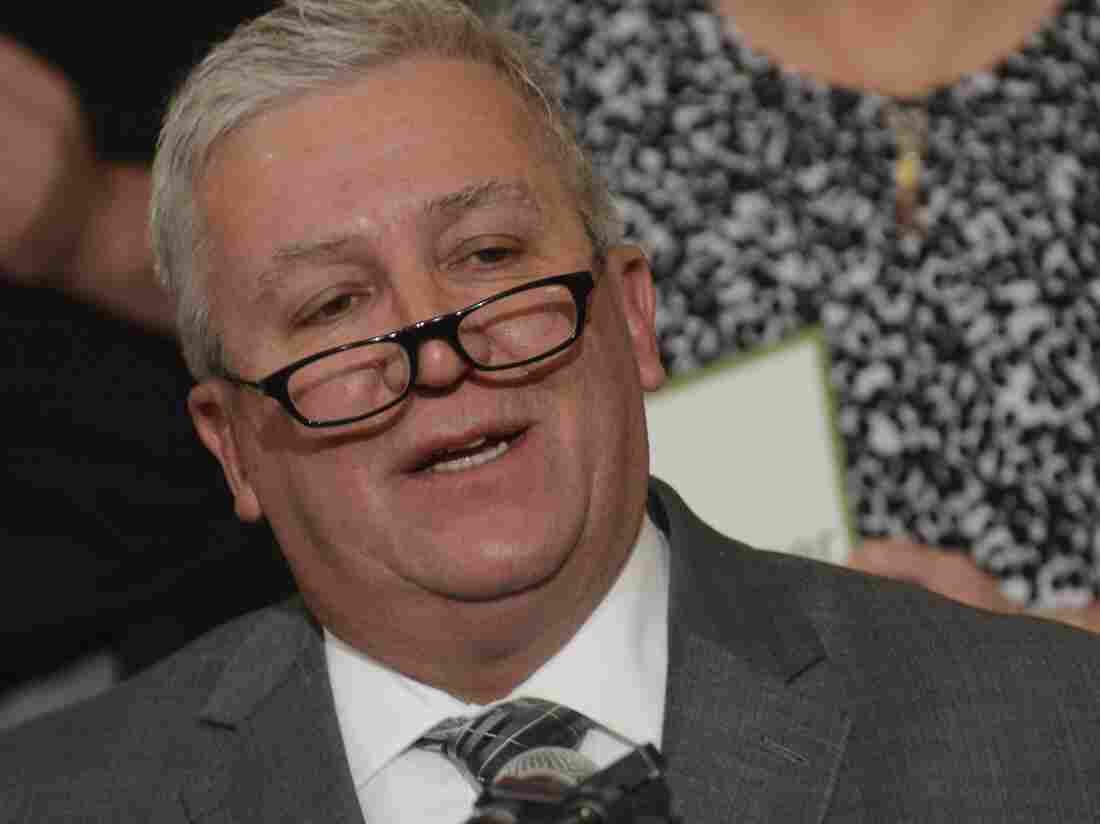 Mike Folmer was arrested on Tuesday on child pornography charges filed by the state Attorney General's Office. According to charging documents, Folmer told police he had been "dealing with some personal problems." Marc Levy/AP hide caption 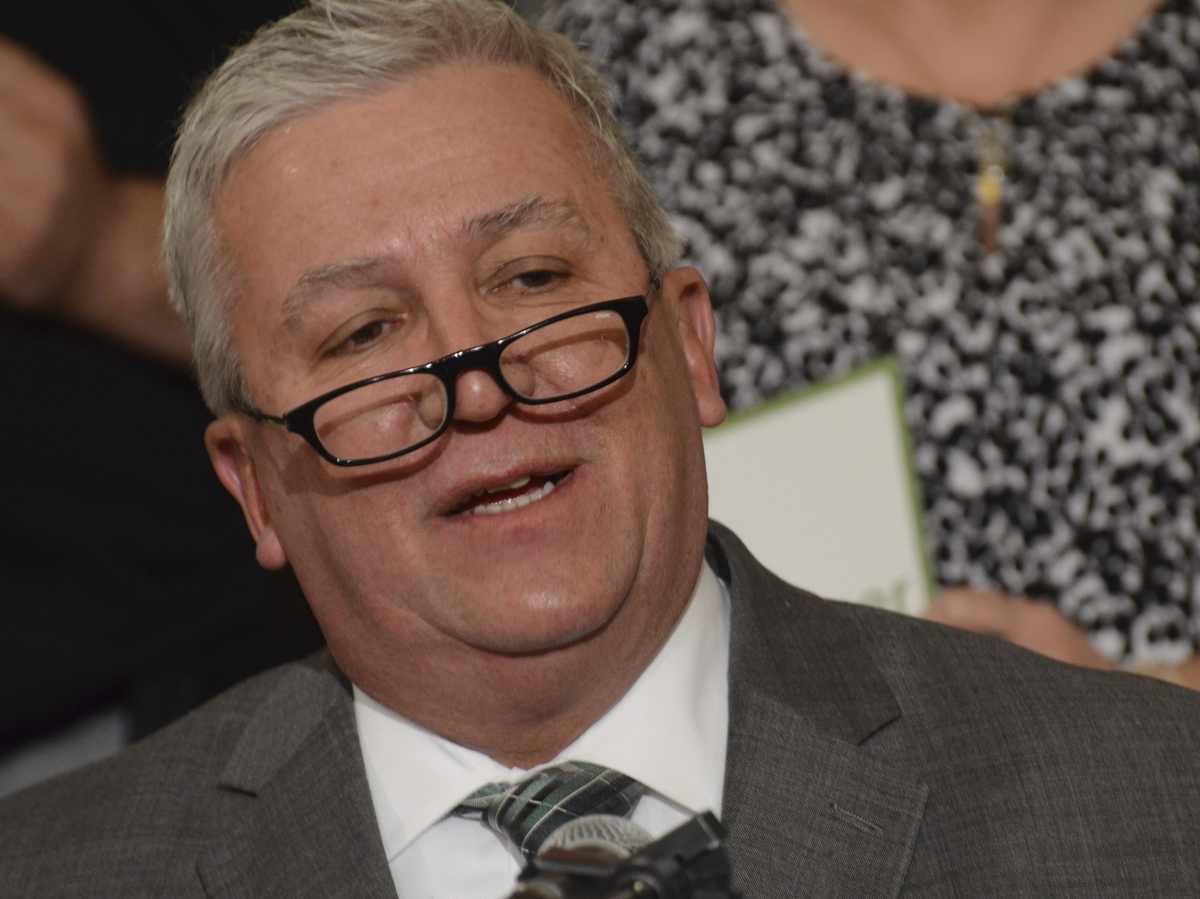 Mike Folmer was arrested on Tuesday on child pornography charges filed by the state Attorney General's Office. According to charging documents, Folmer told police he had been "dealing with some personal problems."

A Pennsylvania state senator has stepped down following his arrest on charges of possession of child pornography.

Sen. Mike Folmer submitted his letter of resignation on Wednesday to Republican colleagues in Harrisburg, according to leadership in the state chamber.

"We are sickened and disturbed by the charges brought against Mike Folmer," the Pennsylvania lawmakers said in a statement. After reviewing the charges and speaking to Folmer, they said they insisted that he resign.

On Tuesday, police arrested Folmer at his home about an hour outside of the state capital after tracing what prosecutors say was an explicit image involving a minor to the senator's personal computer. During a search of Folmer's cellphone, investigators say they found two other suspected images of child pornography.

Folmer, 63, who is married and has seven grandchildren, told police that he "had been dealing with some personal problems," according to a criminal complaint filed by the Pennsylvania Attorney General's Office.

Folmer told investigators that he had received the initial image, apparently showing a sex act involving a young girl, through his Tumblr blog, according to court documents. But prosecutors say it was Folmer who uploaded the image to the social media site in December 2017 under the screen name hoser44.

Folmer has been charged with three counts of possession of child pornography and one count of criminal use of a communication facility.

Pennsylvania Attorney General Josh Shapiro said in a statement that "no one is above the law, no matter what position of power they hold. I will continue to work to protect children and hold those who abuse them accountable."

Calls and emails sent to Folmer by NPR were not immediately returned.

Folmer has been a member of the state Senate since 2007 and was reelected to a fourth term last year. He is considered one of the more conservative members of the Legislature. Last year, he opposed a bill that would have made it easier for survivors of child sex abuse to sue their perpetrators by extending the statute of limitations. Folmer opposed the effort to allow victims to sue predators decades after alleged abuse on constitutional grounds.

He was an instrumental voice in building Republican support for legalizing medical marijuana in Pennsylvania, an effort that became law in 2016. His advocacy made some in the state capital dub him "Marijuana Mike."