Accessibility links
New California Labor Law Extends Wage And Benefit Protections To 'Gig' Workers The measure that reclassifies many independent contractors as employees could have national implications for the so-called gig economy. 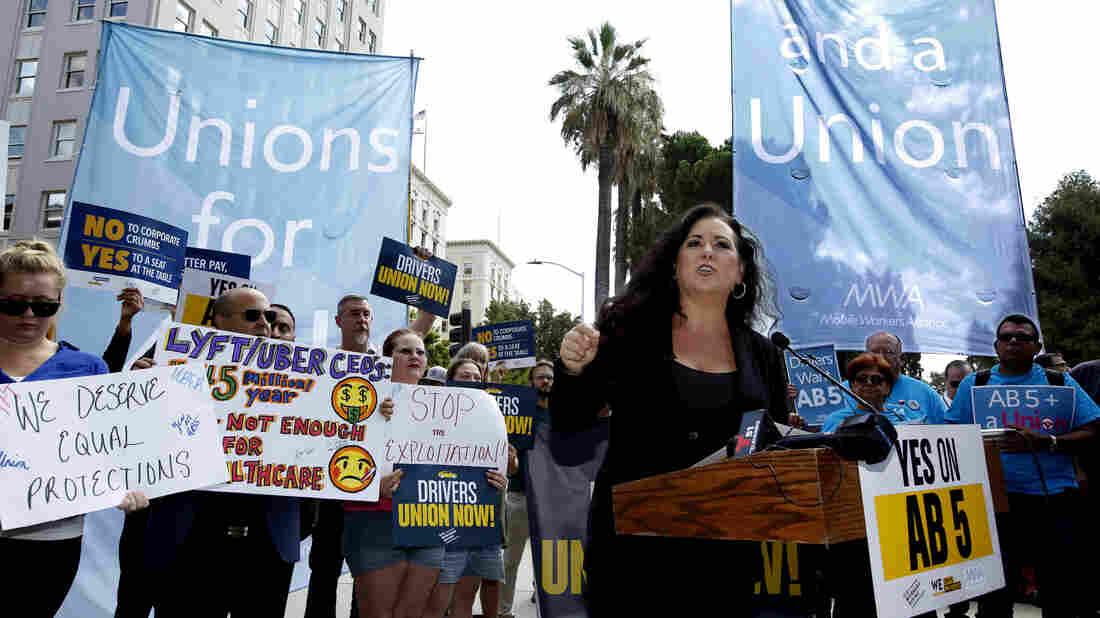 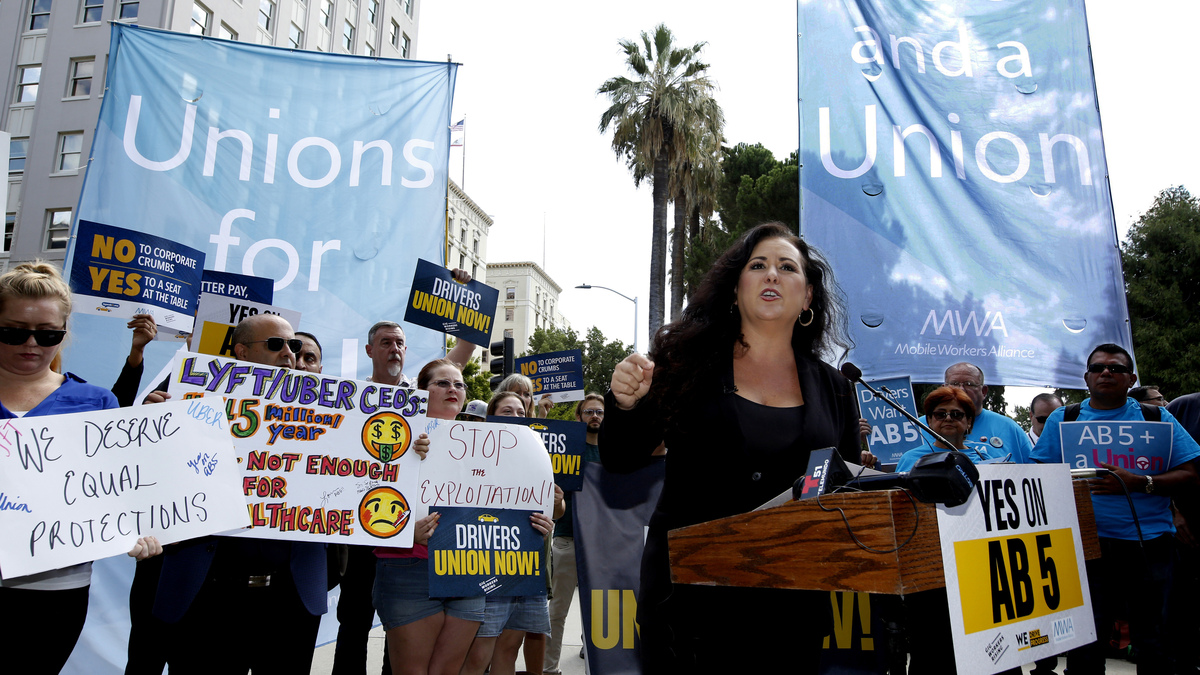 Assemblywoman Lorena Gonzalez, D-San Diego, speaks at an August 28 rally in Sacramento, Calif., calling for passage of AB5 to limit when companies can label workers as independent contractors.

California Gov. Gavin Newsom signed a sweeping new labor law Wednesday extending wage and benefit protections to about a million workers and aimed primarily at drivers contracted by ride-hailing companies such as Uber and Lyft.

Newsom had argued that when workers are misclassified as independent contractors rather than as employees, they lose basic benefits such as minimum wage, paid sick days, and health insurance.

"The hollowing out of our middle-class has been 40 years in the making, and the need to create lasting economic security for our workforce demands action," Newsom said in his signing statement.

"Today, we are disrupting the status quo and taking a bold step forward to rebuild our middle class and reshape the future of workers as we know it," Democratic Assemblywoman Lorena Gonzalez of San Diego, the author of AB5, said in a statement. "As one of the strongest economies in the world, California is now setting the global standard for worker protections for other states and countries to follow."

Both labor groups and the ride-hailing companies, such as Uber, anticipate national implications from the signing of AB5.

The bill covers workers in a variety of industries, including health care, trucking and media. Some industries, such as real estate, commercial fishing and cosmetology services carved out exemptions from the law.

But the app-based tech companies, primarily Uber, Lyft and Doordash, were not granted exemptions and Uber says it does not plan to reclassify their drivers as employees after the bill goes into effect on Jan. 1, 2020.

The three companies that rely on contracting drivers say they will spend $90 million on a 2020 ballot measure to regulate the gig economy workers.

"We've engaged in good faith with the Legislature, the Newsom Administration and labor leaders for nearly a year on this issue, and we believe California is missing a real opportunity to lead the nation by improving the quality, security and dignity of independent work," Tony West, Uber's chief legal officer, said in a statement issued before the bill's signing.

Newsom said in his signing statement that he is prepared for more negotiations with labor and business. "A next step is creating pathways for more workers to form a union, collectively bargain to earn more, and have a stronger voice at work – all while preserving flexibility and innovation," he said.