Accessibility links
Fukushima Nuclear Disaster: Former TEPCO Executives Acquitted The three ex-Tokyo Electric Power Co. executives were found not guilty of professional negligence linked to the meltdown of three of the nuclear power plant's reactors after an earthquake and tsunami. 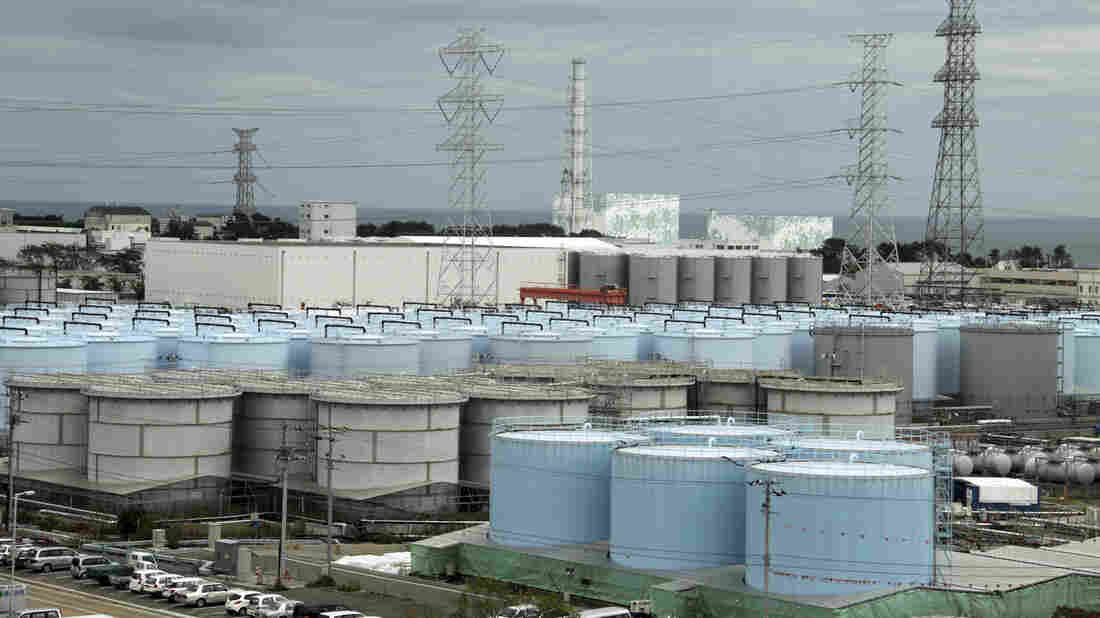 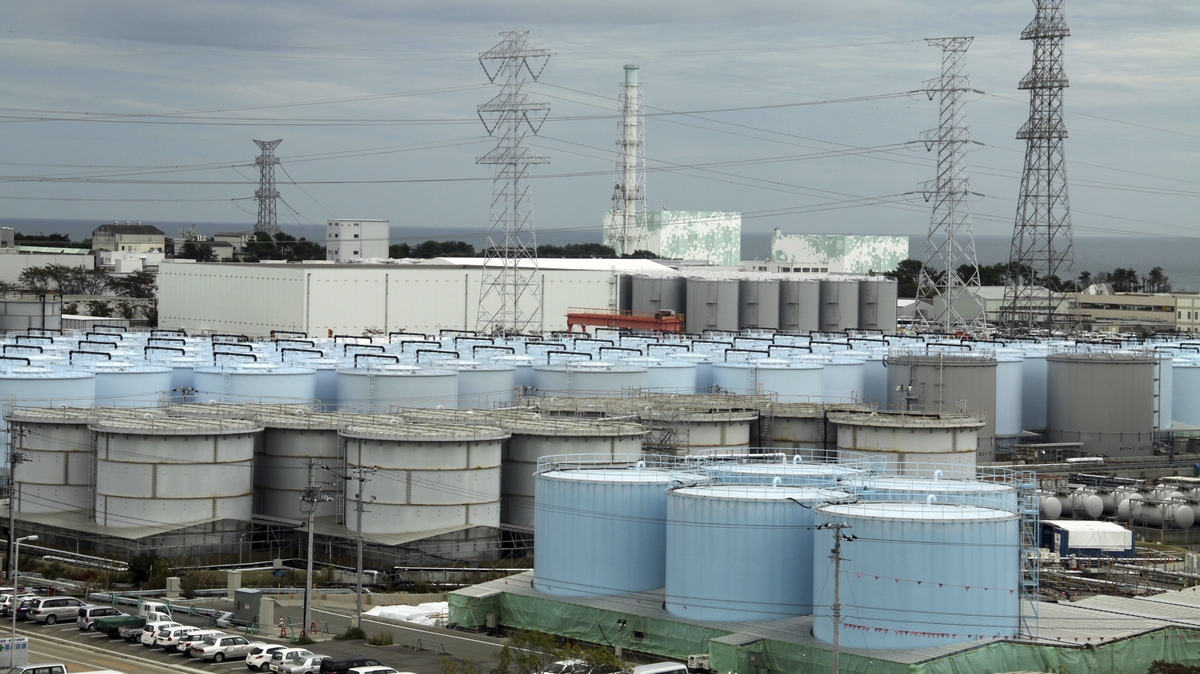 Three former Japanese utility executives responsible for the Fukushima Dai-ichi nuclear power plant when it was smashed by a tsunami in 2011 were acquitted Thursday of negligence in connection with multiple reactor meltdowns at the station.

Former Tokyo Electric Power Co. Chairman Tsunehisa Katsumata, 79, and former vice chairmen Sakae Muto, 69, and Ichiro Takekuro, 73, were found not guilty in Tokyo District Court. Theirs was the only criminal trial to result from the nuclear disaster, considered second in scope only to the 1986 meltdown at the Chernobyl Nuclear Power Station in the former Soviet Union.

Prosecutors alleged that the trio failed to act on recommendations for additional safety measures at Fukushima in case of a major tsunami. The defendants pleaded not guilty. 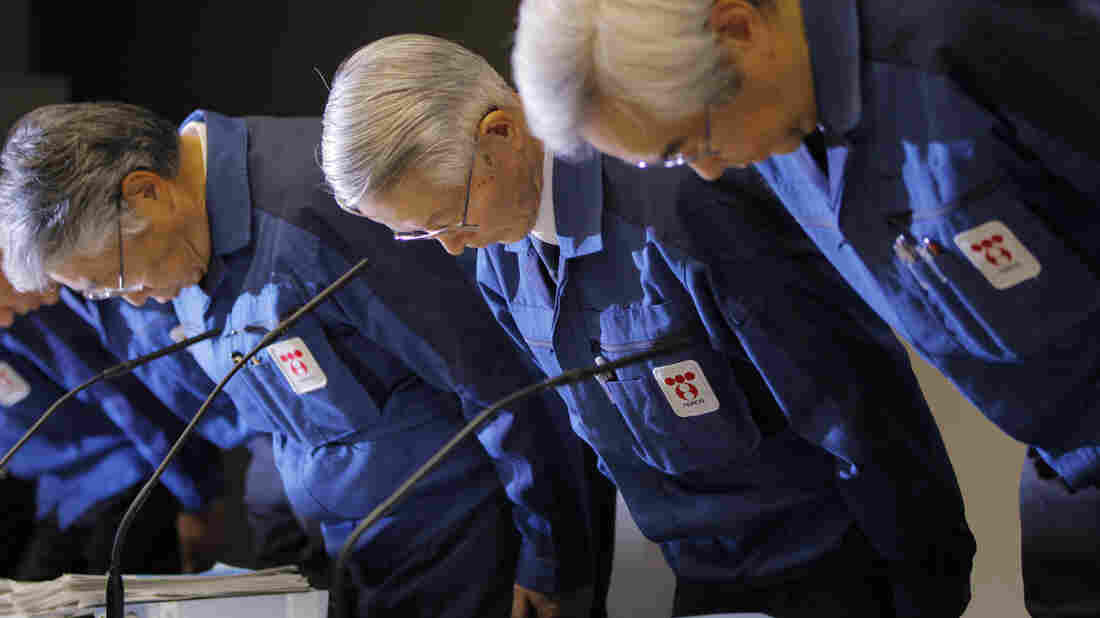 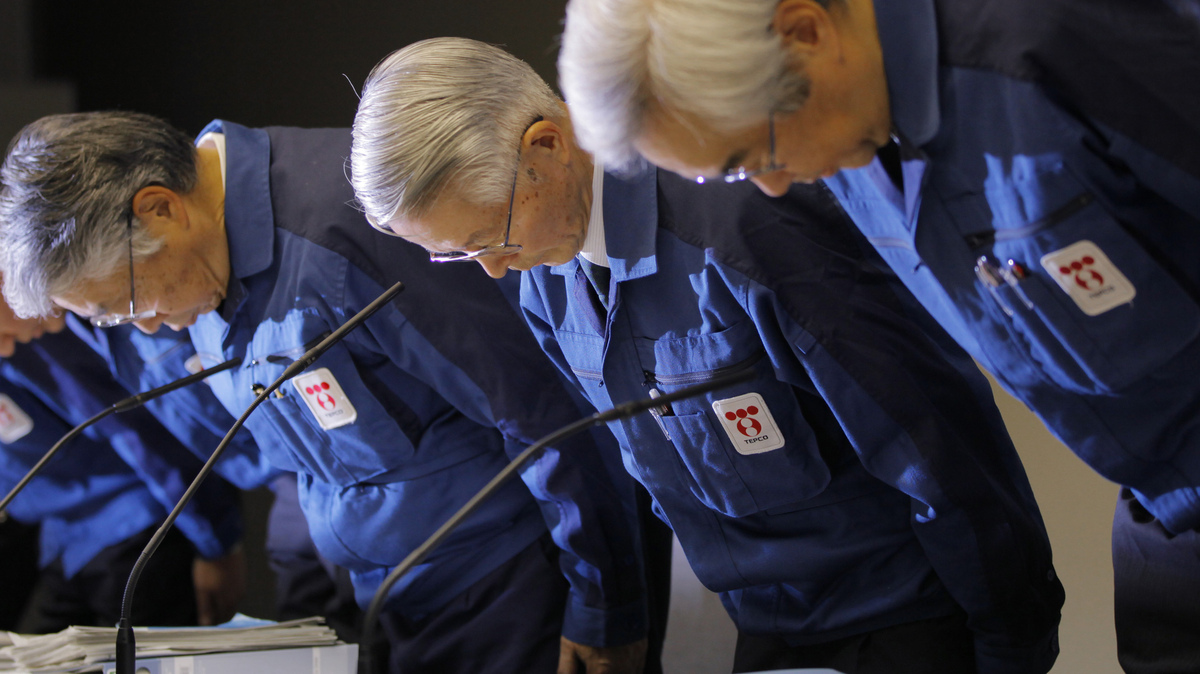 Tokyo Electric Power Co. Chairman Tsunehisa Katsumata (center) and others bow before a news conference at the company's head office in Tokyo days after the nuclear disaster.

Although a 2002 government report posited a tsunami similar in size to the 46-foot waves triggered by a magnitude 9 earthquake on March 11, 2011, the three former executives argued that the data were not reliable and that they could not have predicted such a catastrophic natural disaster.

There has been only one death attributed directly to the three meltdowns that caused the area surrounding the plant to be contaminated. But prosecutors sought to hold the former TEPCO executives liable for 44 elderly patients in a nearby hospital who died during an evacuation caused by the disaster.

Last year, prosecutors called for five-year prison sentences for each of the three defendants. "It was easy to safeguard the plant against tsunami, but they kept operating the plant heedlessly," the prosecutors said at the time, according to The Asahi Shimbun. "That led to the deaths of many people."

The giant waves that struck the coast in 2011 overwhelmed a seawall at the plant meant to protect backup generators needed to run cooling pumps in case of a loss of main power. After battery backups were depleted, the pumps stopped and the reactors overheated, causing a buildup of hydrogen, an explosion and subsequent meltdown of the reactor cores.

An editorial published Thursday in The Asahi Shimbun said that Japan's Nuclear Regulation Authority had decided to reopen an investigation into the Fukushima disaster after suspending it five years ago.

"Since it is still impossible to scrutinize conditions inside the reactors, the investigation is unlikely to clarify the entire picture," the editorial said. "Still, even a limited investigation offers the prospect of important lessons and insights."

The quake and tsunami along Japan's northeast coast killed more than 18,000 people and the Fukushima disaster caused some 160,000 people to be evacuated from a 12-mile radius around the plant. Some are still not allowed to return to their homes.