Accessibility links
Hurricane Dorian Evacuees From Bahamas Face An Uncertain Future In U.S. Customs and Border Protection says some 4,000 Bahamians relocated to the U.S. after Hurricane Dorian — many of them to South Florida. They're wondering if the U.S. will allow them to stay. 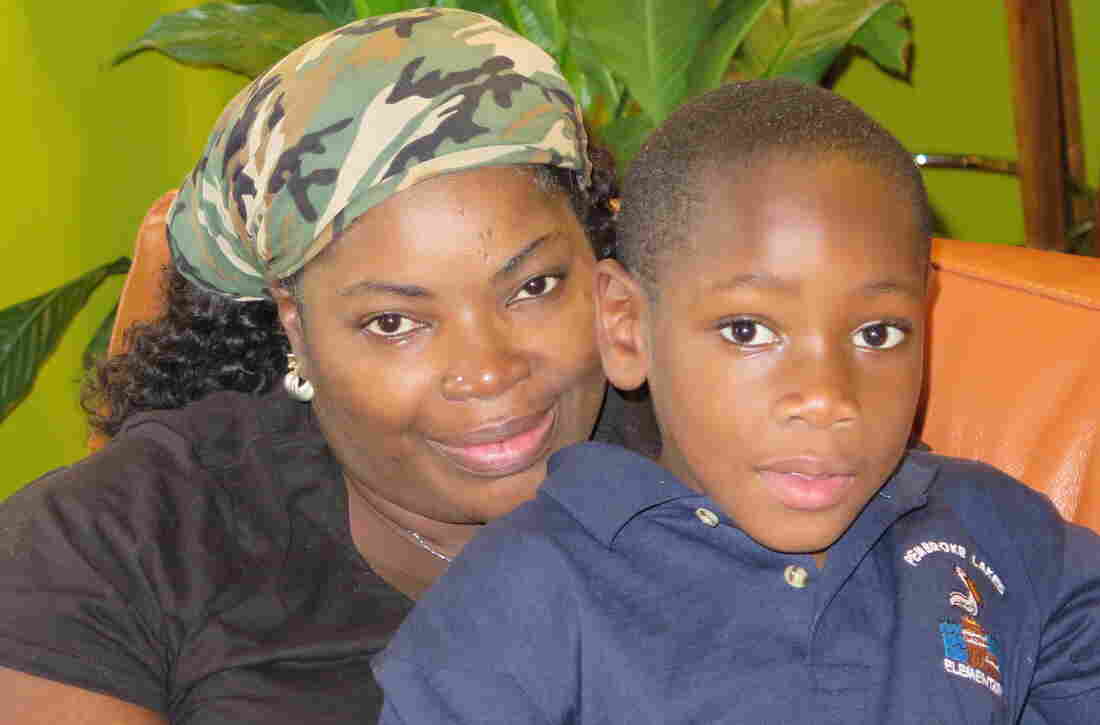 Kendieth Russell Roberts and her 5-year-old son Malachai are living with her sister in Florida. Greg Allen/NPR hide caption 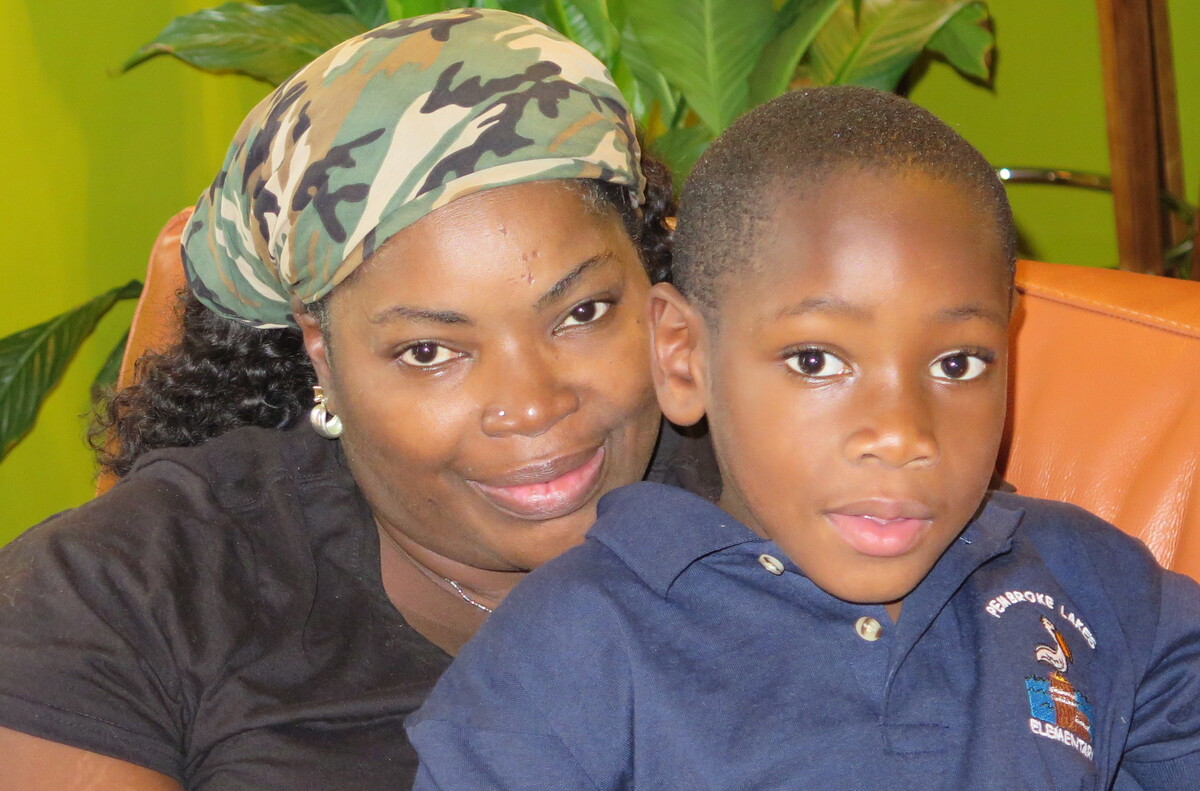 Kendieth Russell Roberts and her 5-year-old son Malachai are living with her sister in Florida.

About 4,000 Bahamians have evacuated to the U.S. since Hurricane Dorian struck the islands earlier this month, U.S. Customs and Border Protection says. Many of them landed in Florida, less than 100 miles away.

Despite the closeness, getting here isn't easy for many Bahamians. And those who are here face an uncertain future.

Kendieth Russell Roberts knows she's one of the lucky ones. She lost at least seven members of her extended family in the storm. After weathering Dorian — one of the strongest hurricanes ever recorded in the Atlantic — she and her 5-year-old son Malachai are safe and living with her sister in Pembroke Pines, Fla.

Hurricane Dorian Evacuees Consider Where To Rebuild Their Lives

Hurricane Dorian Evacuees Consider Where To Rebuild Their Lives

Roberts is from Freeport on Grand Bahama Island. Her neighborhood flooded badly in the hurricane.

"The water came up to 25 feet, 33 feet some areas," she says. "When you go in the yards, you see the homes and the kids' toys in the yard. And you see the beds and the furniture. It's just so sad."

Roberts and her husband had been through other hurricanes and thought they were ready, but Dorian was unlike anything they'd ever experienced.

"We knew a hurricane was coming, but we didn't expect that," she says. "It just blew, and rain and flood for like, 50 hours. That was insane."

With the intense wind and rain, no power, limited water and food, Roberts says the storm was hard on everyone. But it was traumatic for her son.

"It's hard explaining to him that the hurricane is doing it," she says. "He was literally having anxiety attacks, literally. Like panic and breaking down."

Roberts and her son were able to get one of the first vessels out from Freeport after the storm, a cruise ship that ferried more than 1,000 Bahamians to Florida. Her husband had to remain behind because he didn't have the proper documents.

More Than 1,000 People Still Missing In The Bahamas

More Than 1,000 People Still Missing In The Bahamas

Kendieth Russell Roberts' sister, Donnette Russell Love, is an immigration lawyer with a lot of Bahamian clients. She says U.S. immigration restrictions have made it difficult for many Bahamians to come here even temporarily after the hurricane.

Under a long-standing agreement, Bahamians don't need a visa to take a commercial flight to the U.S., just a passport and a police document showing they don't have a criminal record. But with the airport closed on Grand Bahama, the only way off the island now is by boat and, Love says, under the current rules that means Bahamians first have to go to the U.S. Embassy in Nassau to get a visa.

Love says many of her clients in Nassau, even those with the proper documents, increasingly are having trouble getting cleared to fly to the U.S. A Customs and Border Protection spokesman says the number of Bahamians rejected for clearance in Nassau isn't immediately available.

For those who have arrived in the U.S., the first question is how long can they stay? Many are receiving six-month visitor visas. Some arrivals recently told The Miami Herald they've been told they can stay just two weeks.

Love says many Bahamians, like her sister, come here for their children.

"The big thing for a lot of parents is that the schools are all closed on the islands," she says. "And they're fighting to find another way for their children."

Friends Remember One Of Dorian's Victims On Grand Bahama

The main concern Love is hearing from her clients is that they want authorization to work while they're here. So far, there is no sign the federal government is going to allow that.

Kendieth Russell Roberts is focused on getting her son settled. He's a first-grader, just finishing his second week in his new school in Florida. But he still worries about Dorian and what it did to his home.

Roberts bears her own scars from Dorian. Asked whether she'll return eventually, she says: "The Bahamas is a great place, but bad things happened. For right now, I'm good."