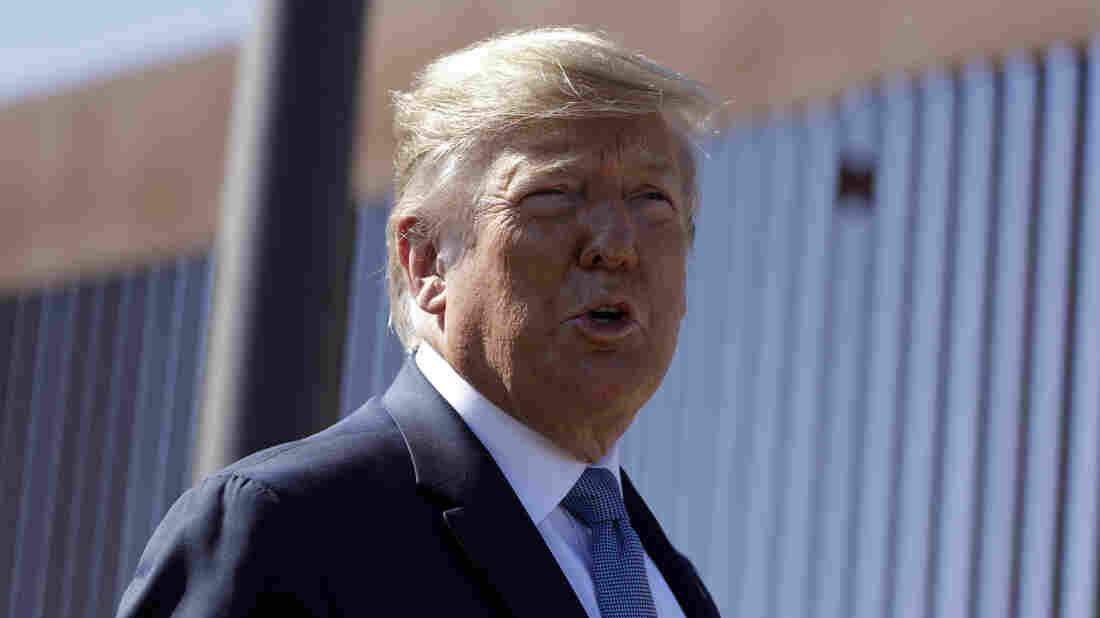 President Trump denies he said anything inappropriate in a conversation with a foreign leader, as a whistleblower alleges. Evan Vucci/AP hide caption 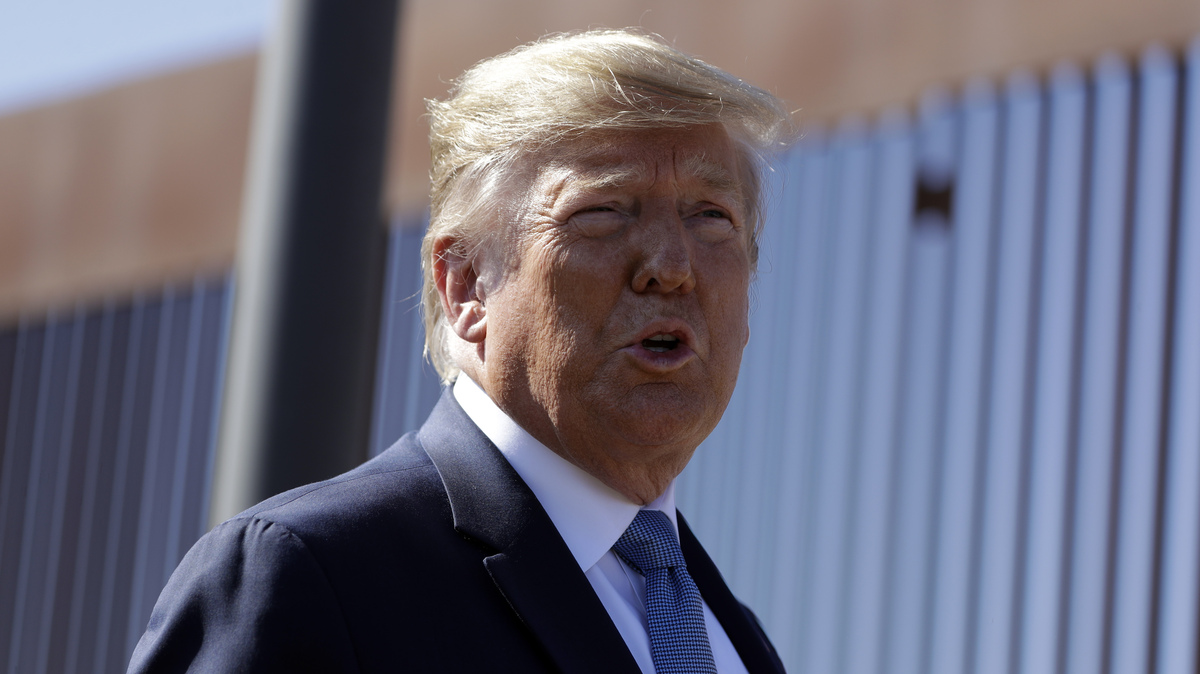 President Trump denies he said anything inappropriate in a conversation with a foreign leader, as a whistleblower alleges.

House intelligence committee Chairman Adam Schiff vowed Thursday he is willing to sue the Trump administration over a dispute about the content of an as-yet-unknown complaint to the intelligence community's official watchdog.

Schiff told reporters after a closed-door meeting with the inspector general, Michael Atkinson, that the Justice Department has opined that the material is shielded by privilege and can be withheld from lawmakers.

Not so, Schiff argued, and "if we have to go to court to get this, we will have a good case."

The dispute is over a complaint to Atkinson brought by someone inside the spy world over activity involving someone high-ranking, which Schiff said very likely means Trump or someone close to him.

Newspapers have reported the basis of the complaint involved something Trump said to a foreign leader. Schiff said on Thursday he doesn't know whether that is accurate, but he argued the law and practice are clear: Congress oversees the spy agencies and in this case it must see the materials at issue.

"If any party — whether it's the Department of Justice or the White House or someone indeed who may be the subject of the complaint — is able to ... deprive Congress of that information simply because they choose to, then the whistleblower statute doesn't work at all and it chills people from coming forward," Schiff told NPR Thursday afternoon.

President Trump denied on Thursday he said anything inappropriate to a foreign leader.

The Washington Post reported that Trump, in a phone call with an unnamed foreign leader, made an unspecified promise that so alarmed one member of the intelligence community, it yielded the complaint.

In a series of tweets, Trump called the report "Fake News."

"Virtually anytime I speak on the phone to a foreign leader, I understand that there may be many people listening from various U.S. agencies, not to mention those from the other country itself," Trump wrote, adding: "No problem!"

Trump went on to wonder, "is anybody dumb enough to believe that I would say something inappropriate with a foreign leader while on such a potentially 'heavily populated' call. I would only do what is right anyway, and only do good for the USA!"

Schiff said in an earlier statement that the intelligence community's IG determined that this complaint is "both credible and urgent, and that it should be transmitted to Congress under the clear letter of the law. The committee places the highest importance on the protection of whistle-blowers and their complaints to Congress."

Schiff said acting Director of National Intelligence Joseph Maguire will testify in an open session before the panel next week.

"We will hear more. We will learn more," he said. And if that hearing does not answer some of these questions, Schiff said, he will confer with the House's general counsel about legal action.

The committee later released letters it received from the inspector general.

The panel also released a letter from Schiff to acting DNI Maguire.

The Post reported that the as-yet-unknown intelligence official filed a formal complaint to the IG on Aug. 12 and that records show the president had "conversations or interactions" with five foreign leaders in the preceding weeks, including a phone call with Russian President Vladimir Putin and two letters from North Korean leader Kim Jong Un.

Other members of Congress away from Schiff's committee say they are waiting to learn more about what's behind all the hubbub. Sen. John Cornyn, R-Texas, who sits on the Senate intelligence committee, said he believes his panel may be next in line.

"I'm anxious to hear more about it, but I expect we will in due course," he said.

The contretemps over the IG complaint is the latest political battle between Schiff and Trump, who skirmished for months during the height of the Russia imbroglio.

Schiff was among Democrats who said there was evidence that Trump's camp colluded with the Russian attack on the 2016 election, citing the meeting that Donald Trump Jr. and other top aides took with a delegation from Moscow that year at Trump Tower.

But Schiff also alluded to evidence that wasn't public, including with questions about whether Trump Jr.'s phone records from before the Trump Tower meeting might suggest that he had spoken with his father as it was being arranged.

As it turned out, they did not, and Trump Jr. and the president have made Schiff a target of mockery and one of the faces of what Trump says is baseless hounding.

The president revived that leitmotif on Thursday with another post on Twitter that complained about "Presidential Harassment!"