Accessibility links
Canadian PM Trudeau Acknowledges Third Blackface Image As A Young Man "Darkening your face ... is always unacceptable because of the racist history of black face," Trudeau said, even as another image surfaced apparently showing him wearing dark makeup. 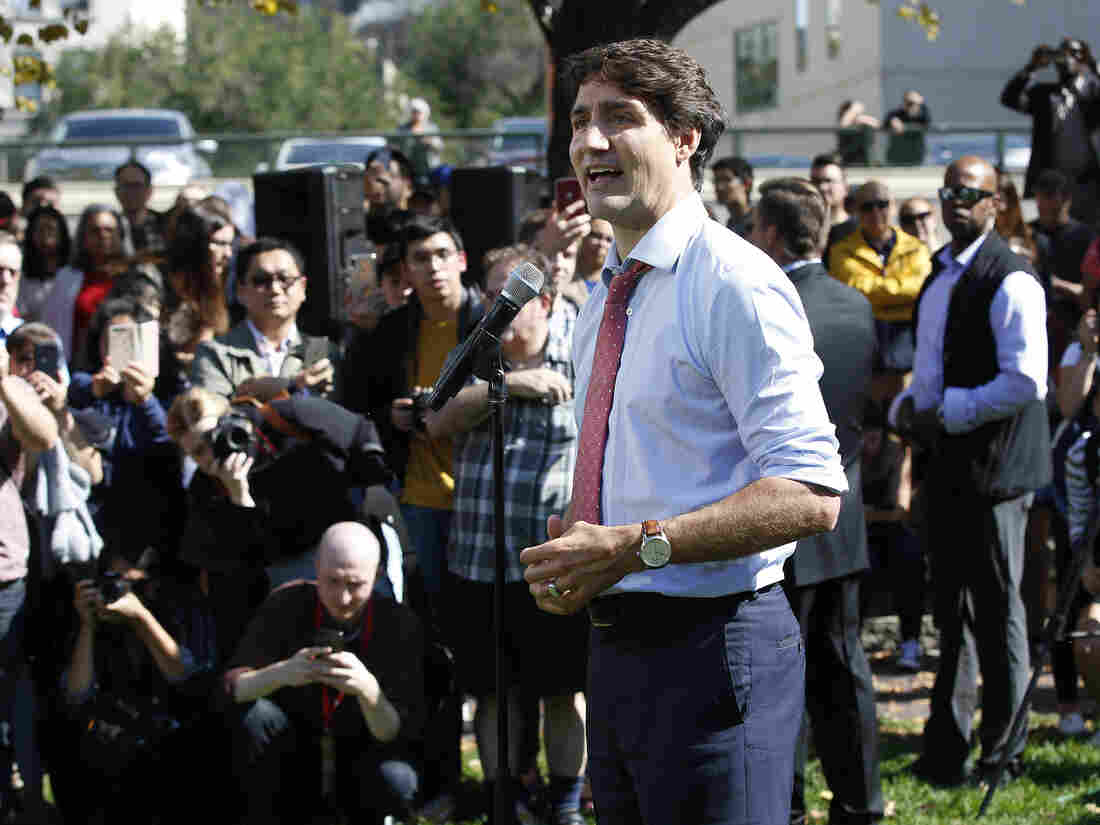 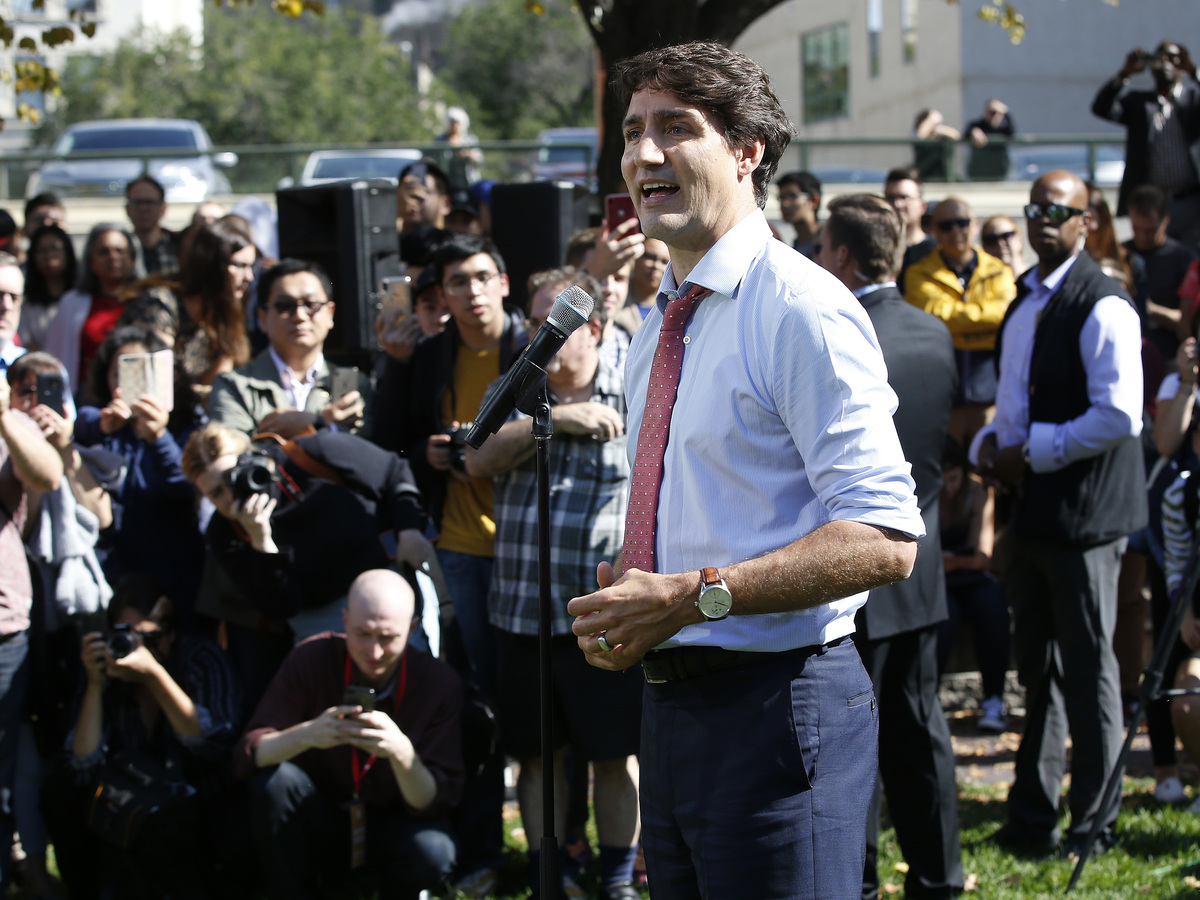 Canadian Prime Minister Justin Trudeau addresses the media Thursday in Winnipeg, Canada, regarding photos in which he is seen wearing dark makeup.

Canadian Prime Minister Justin Trudeau apologized after photos surfaced showing him wearing brownface and blackface as a young man, saying he has no plans to resign and vowing to continue his campaign for re-election in October.

"Darkening your face, regardless of the context or the circumstances, is always unacceptable because of the racist history of black face," Trudeau said at a news conference Thursday in a public park in Winnipeg. "I should have understood that then and I never should have done it."

His remarks came as a third image surfaced, video apparently showing him wearing dark makeup and a white T-shirt, laughing with his hands in the air. News of that incident, reported to have occurred in the late 1990s, was first reported by Global News.

Trudeau, 47, sidestepped questions Thursday about how many times he has worn blackface or brownface.

"Obviously, this is deeply regrettable," Trudeau said. "I'm wary of being definitive about this because the recent pictures that came out I had not remembered. And I think the question is, how could you not remember that?"

Pausing, he added, "I didn't understand how hurtful this is to people who live with discrimination every single day."

The prime minister said that with his privileged upbringing came "a massive blind spot."

The first controversial image surfaced late Wednesday, when Time magazine published a photo of a 29-year-old Trudeau wearing a feathered turban and with a darkened face, neck and hands at an "Arabian Nights" costume party in 2001.

In his initial comments Wednesday, Trudeau also admitted that he had worn blackface at a high school talent show.

Reactions from the ranks of Trudeau's Liberal Party seemed to be mixed.

Greg Fergus, a black member of Parliament and fellow Liberal, said told the CBC that black Canadians were confused, offended and hurt, but that he still had confidence in Trudeau.

Canadian Defense Minister Harjit Sajjan, who is Sikh, told the broadcaster that the prime minister's actions were wrong, but that Trudeau has a record of promoting diversity. Other Liberals said they, too, were disappointed and called on Trudeau to own up to his mistakes.