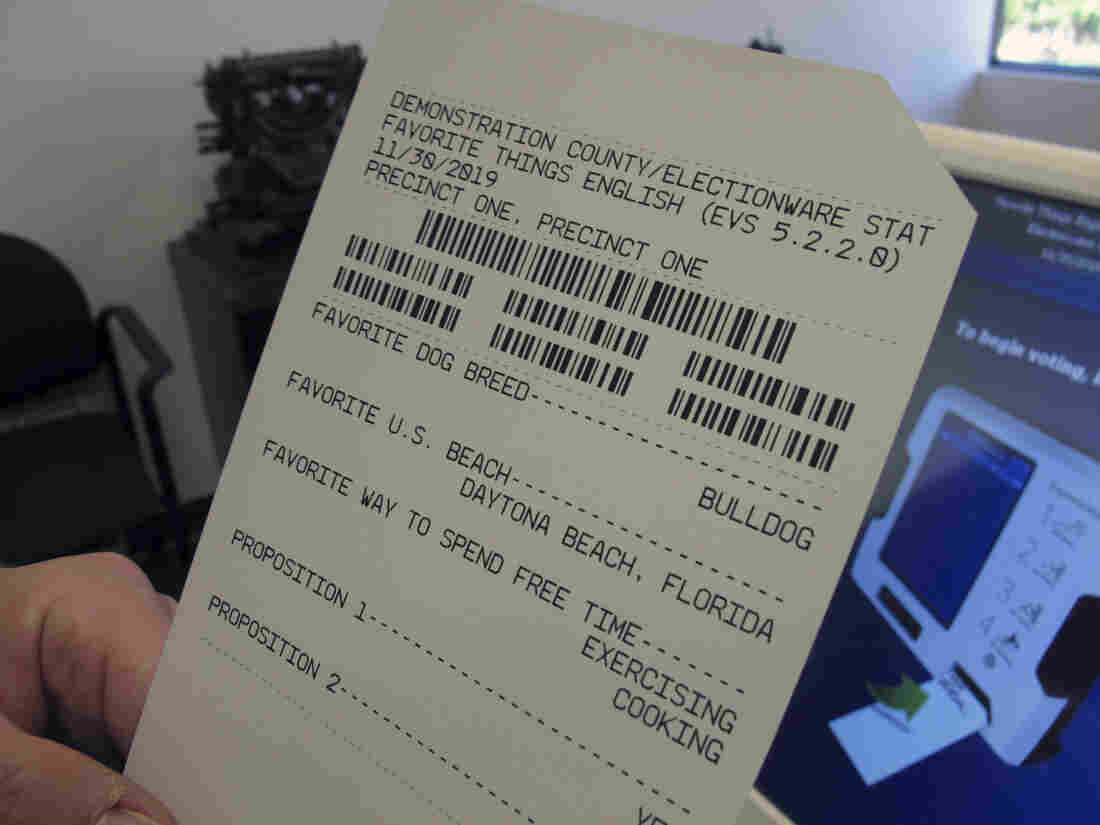 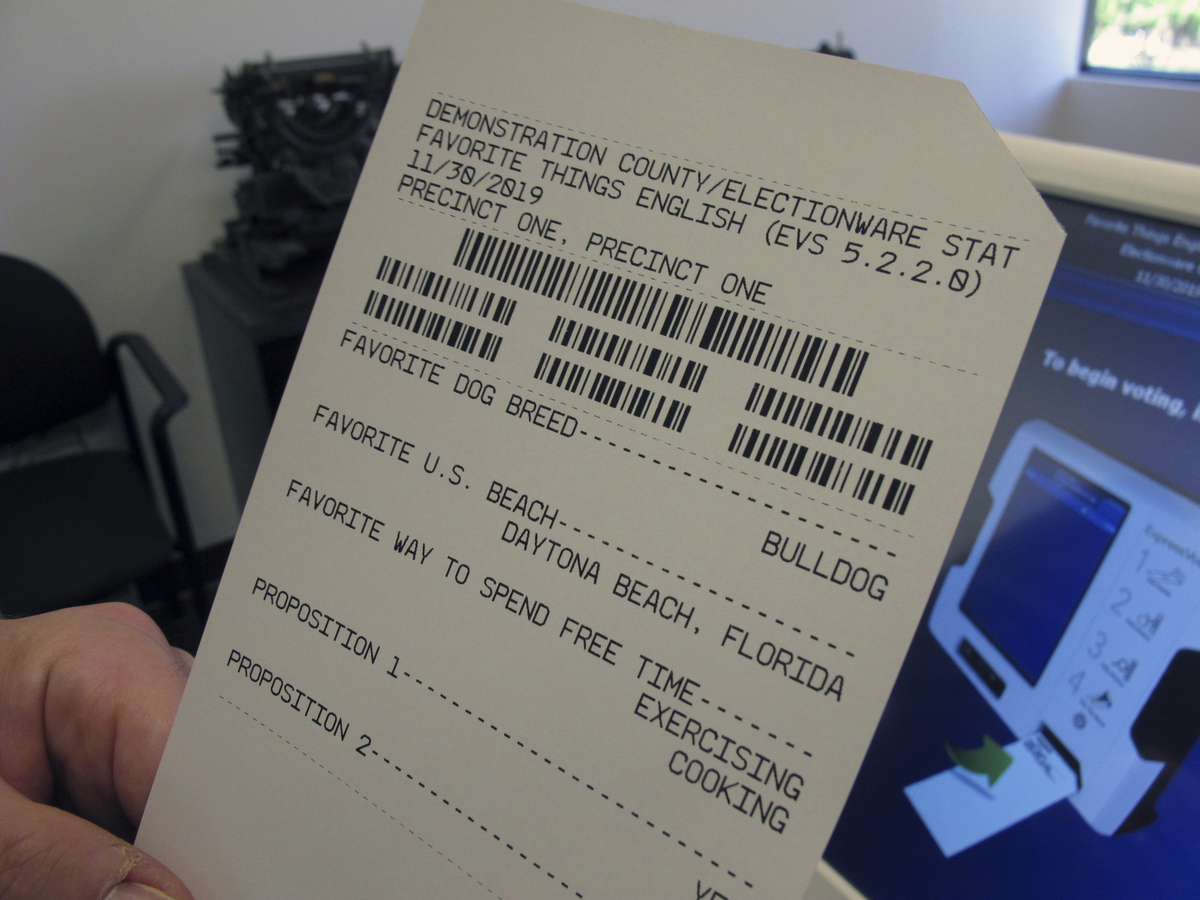 A man holds a ballot card with bar codes during a voting machine demonstration in Raleigh, N.C., last month.

Senators thawed a long-frozen dispute over election security this week with an agreement to provide more funding ahead of Election Day next year — but not as much as some Democrats and outside activists say is necessary.

The money will be used by the federal government and the states, he said, and in a way that McConnell argues is appropriate for the federal system and without unreasonable new mandates from Congress.

"The Trump administration has made enormous strides to help states secure their elections without giving Washington new power to push the states around," McConnell said. "That's how we continue the progress we saw in 2018 and that's exactly what we're doing."

The majority leader had objected to what he called a Washington "takeover" of elections that he said was contained in earlier proposals. For a time it appeared that McConnell would permit no movement on any legislation. 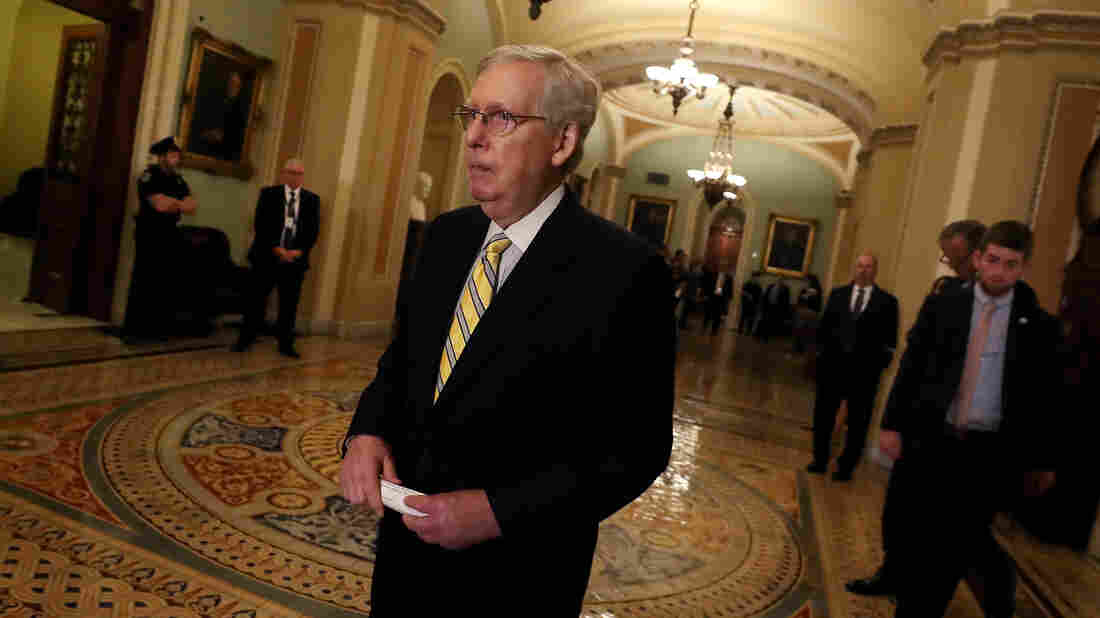 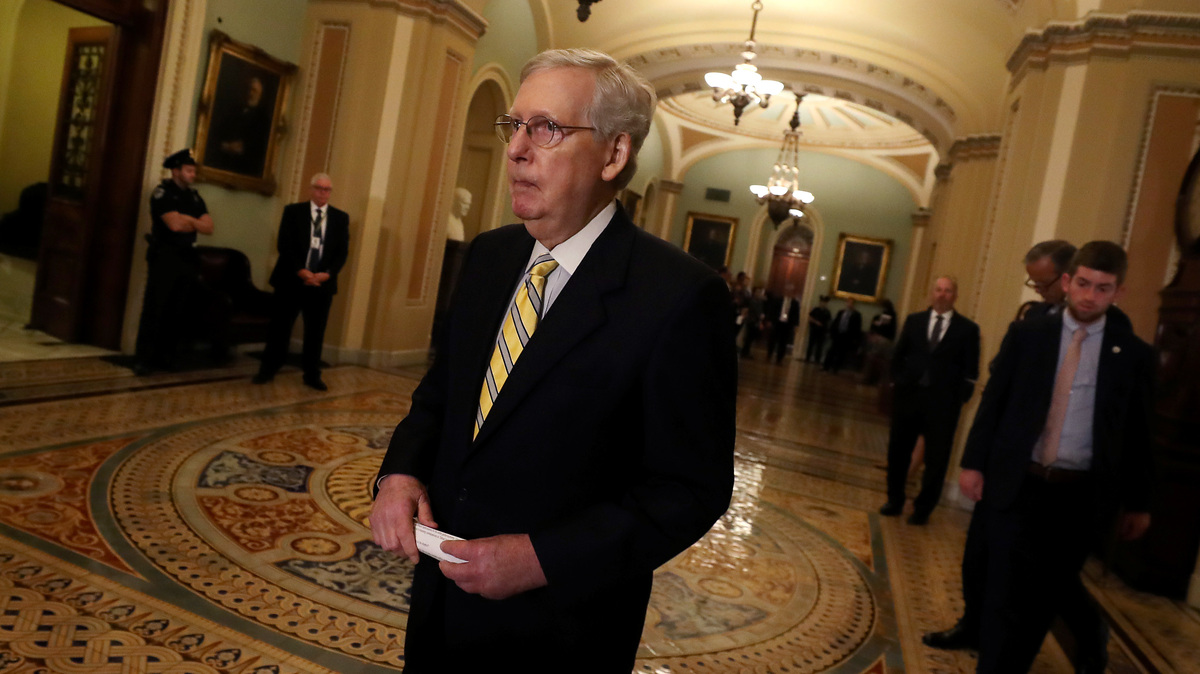 That prompted months of hectoring by Democrats, activists and others, ranging from teases about "Moscow Mitch" — in part because he was ostensibly helping Russia interfere in another U.S. election — to calls for action from some of the majority leader's own ideological allies.

Critics say it's not enough

Senate Minority Leader Chuck Schumer, D-N.Y., welcomed the $250 million allocation but said it isn't enough, and Democrats maintained their support for what they called "comprehensive bipartisan election security legislation" that would include changes to policy.

Proposals include a mandate that every ballot in the United States have a paper backup; requiring campaigns to report contacts with foreign officials; automatic sanctions for nations that interfere in elections; and more.

Although officials at every level in the United States have worked to improve election security since the 2016 election, which was attacked systematically by Russian "active measures," millions of Americans in 2020 are still expected to vote using machines with no paper record or other potential insecurities.

Marian K. Schneider, president of Verified Voting — which supports further changes to U.S. elections — said McConnell's support for the additional funding was better than nothing but she underscored how much more she said must be done.

"This amount falls short of the $600 million that passed in the House, which is much closer to meeting the need for proper investment in election security," she said. "Congress has the obligation to protect the country from threats to national security and has the opportunity to act on this nonpartisan issue – after all, everyone votes on the same equipment."

Larry Norden, director of the Electoral Reform program at the Brennan Center for Justice at New York University, said he hoped that members of Congress would build on the consensus reached for this agreement about more funding to also incorporate some policy changes.

"The House funding bill provides more money than offered by the Senate and includes parameters on spending to ensure the most critical election security priorities are addressed first, like replacing paperless voting machines and implementing audits that check electronic results with paper records of votes," he said.

Norden said lawmakers should now try to get elements like that into law along with the approval for the additional money.

"As both chambers negotiate a final spending bill, it's heartening to see bipartisan agreement that more resources are needed now for election security. Now they must do the work to get the final bill done right."

National security officials have said they expect "active measures" to return in the 2020 election and that foreign interference in the U.S. information environment never truly stopped after 2016.

Worries include more disinformation or agitation on social media, cyberattacks against political targets and the prospect for interference with voter databases, election machines or other systems.

Chris Krebs, director of the Cybersecurity and Infrastructure Security Agency, which operates within the Department of Homeland Security, said the work in the Senate was a "good start" but said that election security would be an ongoing issue for the United States.

What state and local election supervisors need, he said, is a regular stream of support, not one-time periodic infusions of cash.

"The thing they want is consistency, something they can set their budget clocks to," said Krebs. "If the federal government is going to play in this space, we have to be dependable partners."