Accessibility links
Colt Suspends Manufacture Of Controversial AR-15 For Civilian Market The gun-maker says it will concentrate instead on fulfilling contracts from the military and law enforcement for the semi-automatic weapon that has come for many to be associated with mass shootings. 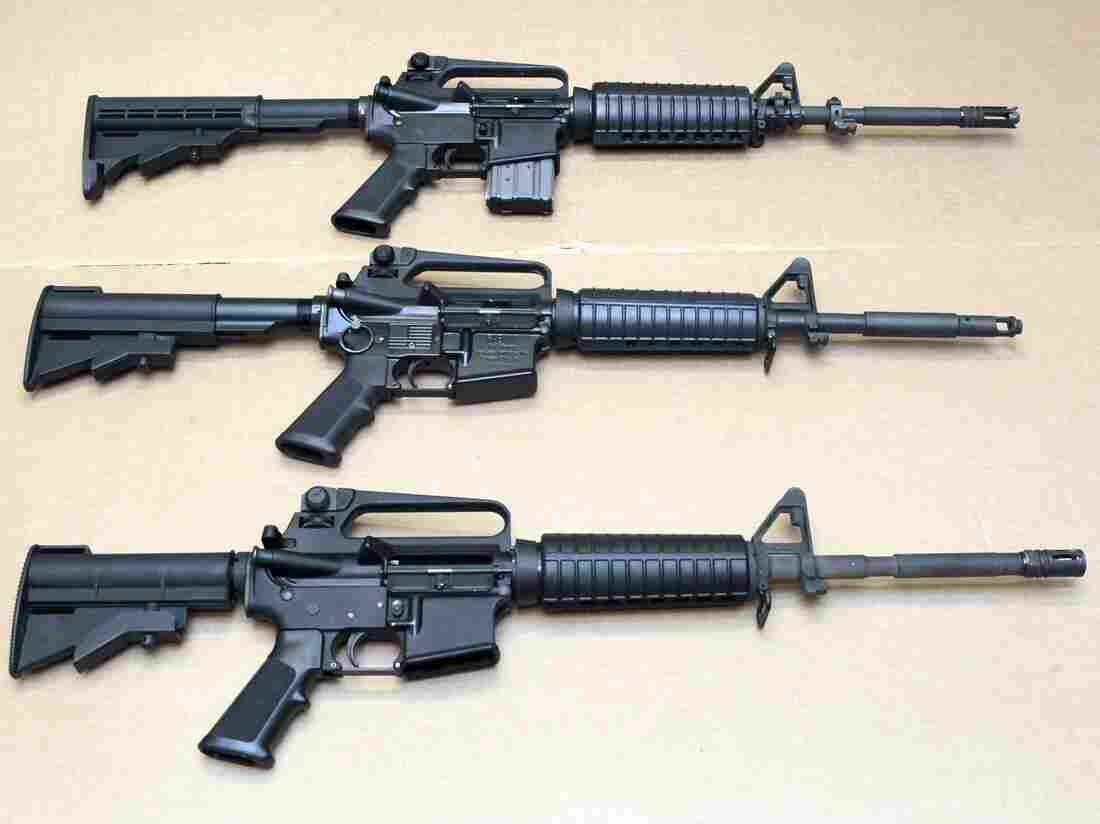 Three variations of the AR-15 rifle are displayed at the California Department of Justice in Sacramento, Calif., in a 2012 photo. On Thursday, Connecticut-based Colt's Manufacturing Co. said it was suspending production of its version of the AR-15 for the civilian market. Rich Pedroncelli/AP hide caption 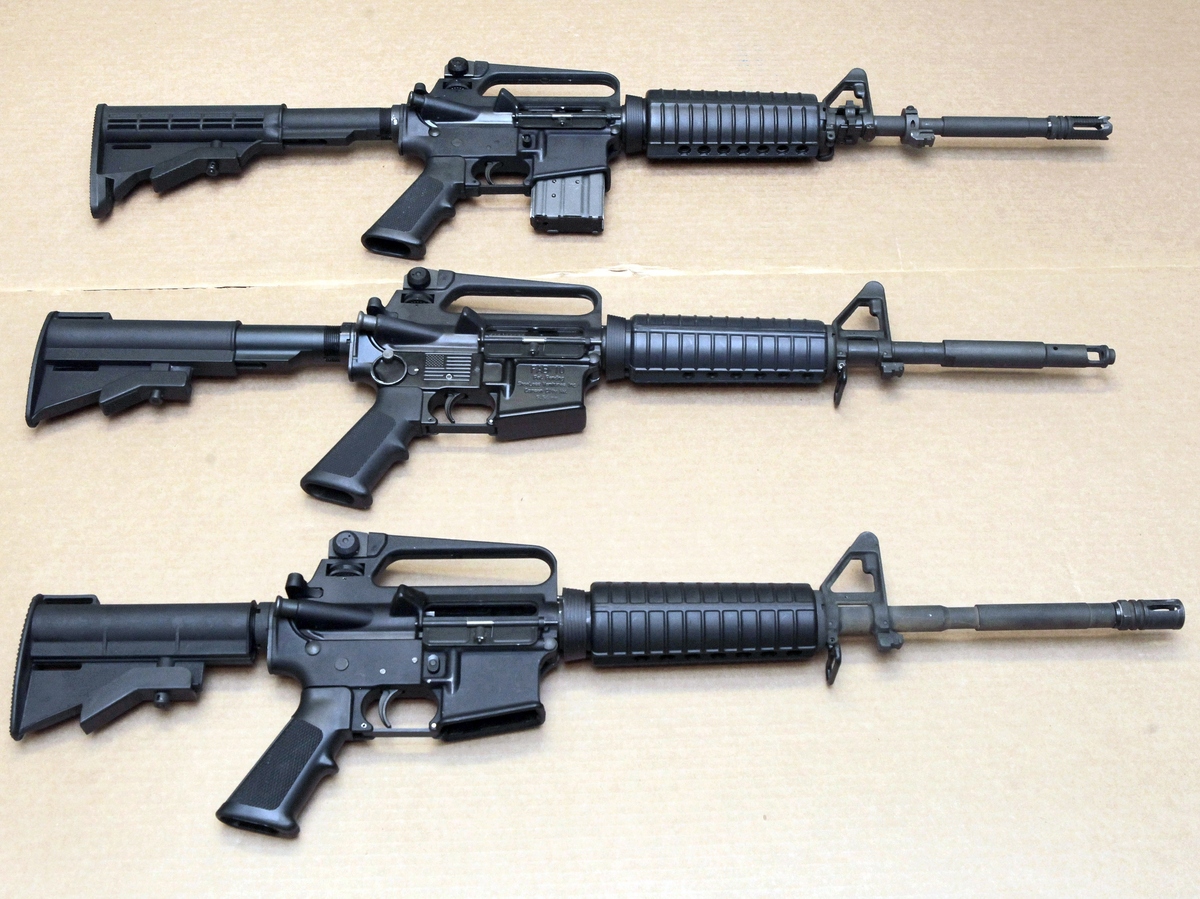 Three variations of the AR-15 rifle are displayed at the California Department of Justice in Sacramento, Calif., in a 2012 photo. On Thursday, Connecticut-based Colt's Manufacturing Co. said it was suspending production of its version of the AR-15 for the civilian market.

Firearms manufacturer Colt says it is suspending production of its popular AR-15 semi-automatic assault-style rifle for the civilian market, saying it will concentrate instead on fulfilling contracts from the military and law enforcement.

"The fact of the matter is that over the last few years, the market for modern sporting rifles has experienced significant excess manufacturing capacity," Colt Defense LLC president and CEO Dennis Veilleux said in a statement Thursday. "Given this level of manufacturing capacity, we believe there is adequate supply for modern sporting rifles for the foreseeable future."

The AR-15, a semi-automatic version of the U.S. military's M16 — which was standard issue for American ground forces for decades — has come under particular pressure in recent years from gun control advocates. They point out that the weapon, along with similar rifles made by Colt's competitors, has been used frequently in mass shootings.

Robert Spitzer, a political science professor at SUNY Cortland who writes frequently about guns, tells Connecticut Public Radio that although AR-15s "represent a small percentage of guns in America," they have come to occupy an outsize place in the gun control debate.

"Politically speaking, these weapons have come to be seen as sort of at the core of America's gun problem," he said.

In his statement, however, Veilleux insisted that the West Hartford, Conn., based gun-maker "is committed to the Second Amendment, highly values its customers and continues to manufacture the world's finest quality firearms for the consumer market."

Adam Winkler, a gun policy expert at the UCLA School of Law, was quoted by The Associated Press as saying the company needs to tread lightly to keep from antagonizing its customers.

"We've seen in the past that when gun manufacturers are viewed to have given in to gun-safety advocates, gun owners will boycott them and really hurt their business," he said. "If they think a company like Colt is disrespecting their identity or giving in to the other side, Colt's likely going to see serious damage to its other firearms brands too."

Veilleux said the decision to halt manufacture of the AR-15 for the civilian market came because "high-volume contracts" from the military and law enforcement were "absorbing all of Colt's manufacturing capacity for rifles."

Hours after the statement was released, the Department of Defense announced that it had awarded Colt a $41.9 million contract to manufacture rifles for sales to militaries in Europe, Africa, the Middle East, South Asia, Oceania and the Caribbean.

The company's origins date to an 1836 patent granted to Samuel Colt for his firearm design. Colt has long been a key supplier to the U.S. military, but in 2013 lost its contract with the government to supply the successor to the M16, the M4 carbine, because of reliability issues. Soldiers reportedly complained that the M4 was prone to malfunction in the dusty environments encountered in the field in Afghanistan and Iraq.

The contract was instead awarded to a Belgian firearms manufacturer and in 2015, Colt Defense filed for Chapter 11 bankruptcy protection.