Accessibility links
Trump Blames 'Partisan Whistleblower' For Allegation Of Improper Conversation The president blamed a "partisan whistleblower," whose identity he said he didn't know, for an allegation that Trump had an improper conversation with a foreign leader. 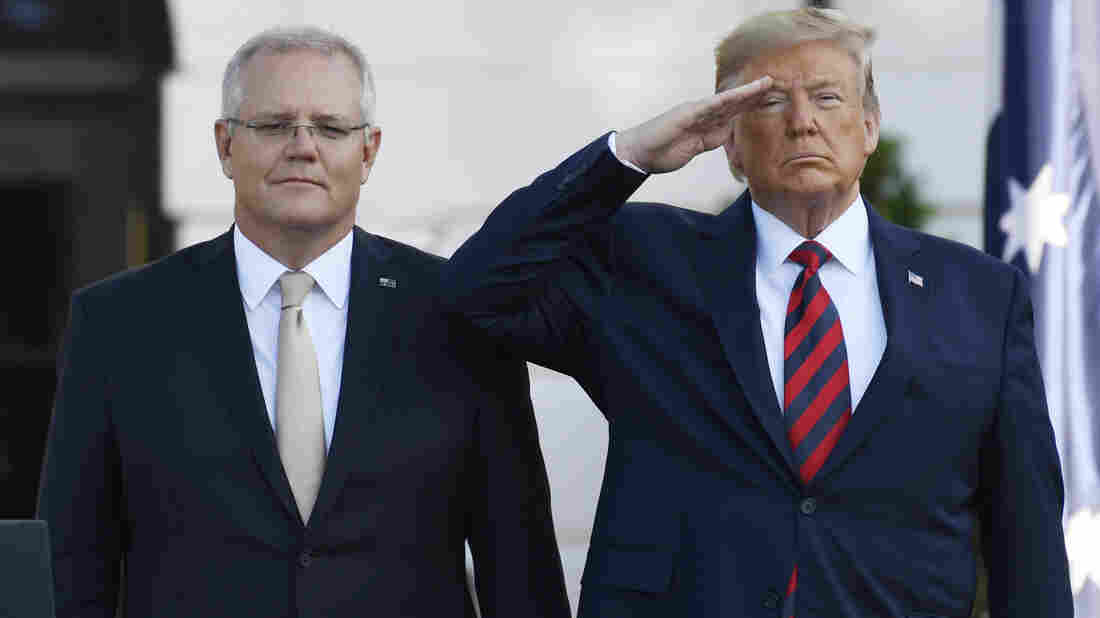 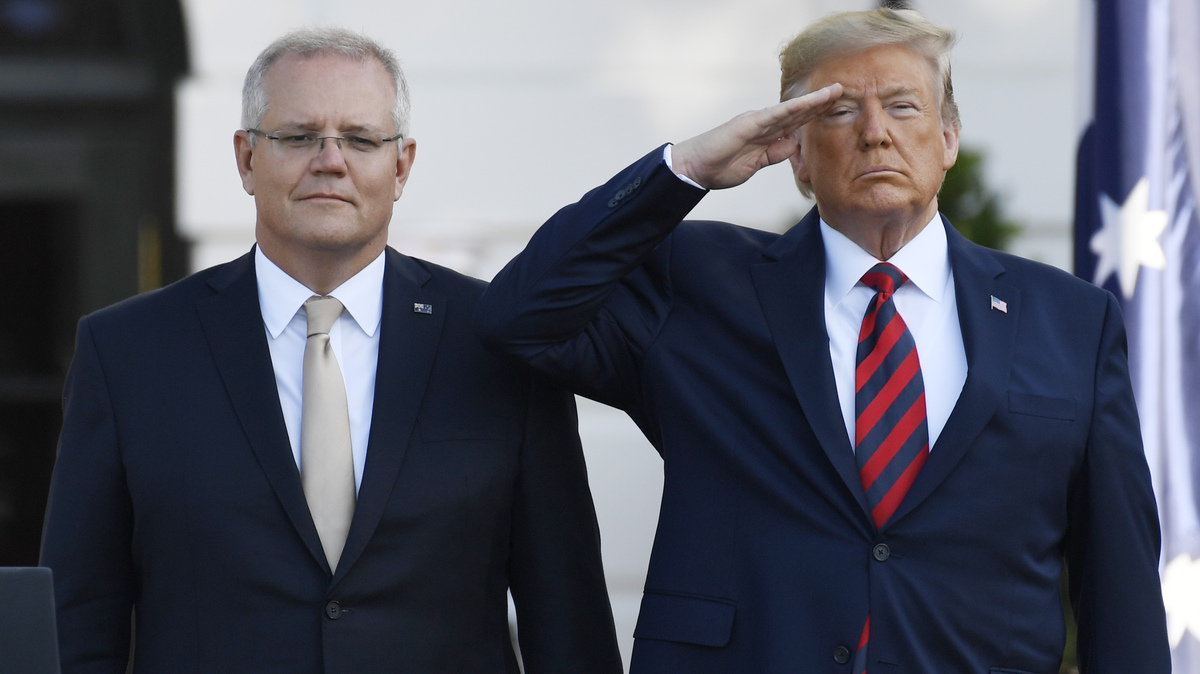 President Trump blamed "a political hack job" for reports that a whistleblower has charged he had an improper conversation with a foreign leader.

The Washington Post on Friday reported that the conversation in question involves Ukraine.

Trump dismissed the reporting as a "ridiculous story" and said he did not know the identity of the whistleblower, "but I hear it's a partisan person."

Trump said it was a "totally appropriate conversation. It was actually a beautiful conversation," although he did not specify with whom.

Asked if he mentioned former vice president and Democratic presidential candidate Joe Biden in the conversation, Trump said, "Somebody ought to look into Joe Biden's statement because it's disgraceful."

Trump alleged that Biden "talked [about] billions of dollars that he's not giving to a certain country unless a certain prosecutor was taken off the case."

Trump supporters have alleged that Biden, while in office, urged the firing of a Ukrainian prosecutor who was allegedly looking into son Hunter Biden's business dealings.

The younger Biden joined the board of a Ukrainian gas company, Burisma, in 2014.

The Wall Street Journal meanwhile, reported Friday that Trump, during a July phone call, urged Ukraine President Volodymyr Zelensky "about eight times" to work with his lawyer, Rudy Giuliani, on an investigation of Hunter Biden.

Joe Biden told reporters on the campaign trail that "not one single credible outlet has given any credibility to his assertions. Not one single one. And so I have no comment except the president should start to be president."

Later Friday evening, Biden released a fuller statement about the whistleblower report saying if they are true, "then there is truly no bottom to President Trump's willingness to abuse his power and abase our country."

"This behavior is particularly abhorrent because it exploits the foreign policy of our country and undermines our national security for political purposes. It means that he used the power and resources of the United States to pressure a sovereign nation—a partner that is still under direct assault from Russia—pushing Ukraine to subvert the rule of law in the express hope of extracting a political favor. Such clear-cut corruption damages and diminishes our institutions of government by making them tools of a personal political vendetta."

Biden called for Trump to "immediately release" the transcript of the call and to direct the Office of the Director National Intelligence to release the notification to Congress.

The row over the intelligence community whistleblower mushroomed after the IC's top watchdog told House lawmakers on Thursday he would not reveal the details about it.

The Ukraine connection and other aspects of the story are so far unverified by officialdom.

Trump addressed the story on Friday when he took questions from reporters in the Oval Office prior to a meeting with Australian Prime Minister Scott Morrison.

Trump said of the whistleblower's report, which is not public or in the hands of Congress: "Everybody's read it; they laughed at it. It's another media disaster, and the media has lost so much credibility in this country."

House Speaker Nancy Pelosi, D-Calif., said on Friday that the reports of what she labeled "a reliable" whistleblower complaint "raise grave, urgent concerns for our national security. We must be sure that the President and his Administration are conducting our national security and foreign policy in the best interest of the American people, not the President's personal interest."

Her statement added that the administration's blocking of Acting DNI Joseph Maguire from providing Congress with the complaint "violates the federal statute, which unequivocally states that the DNI 'shall' provide Congress this information. If the president has done what has been alleged, then he is stepping into a dangerous minefield with serious repercussions for his administration and our democracy."