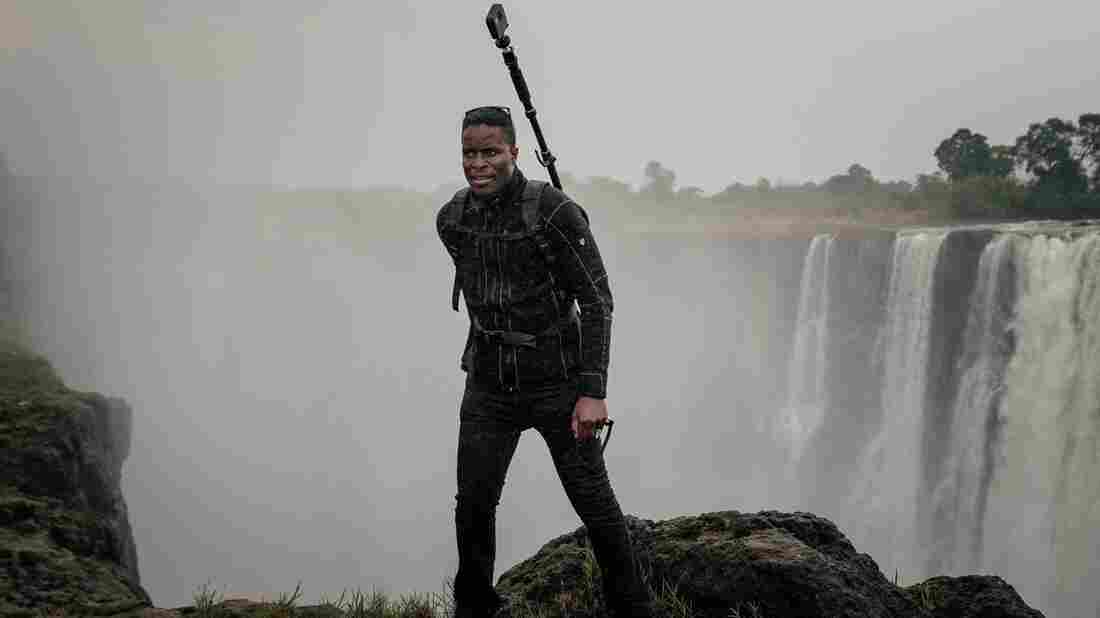 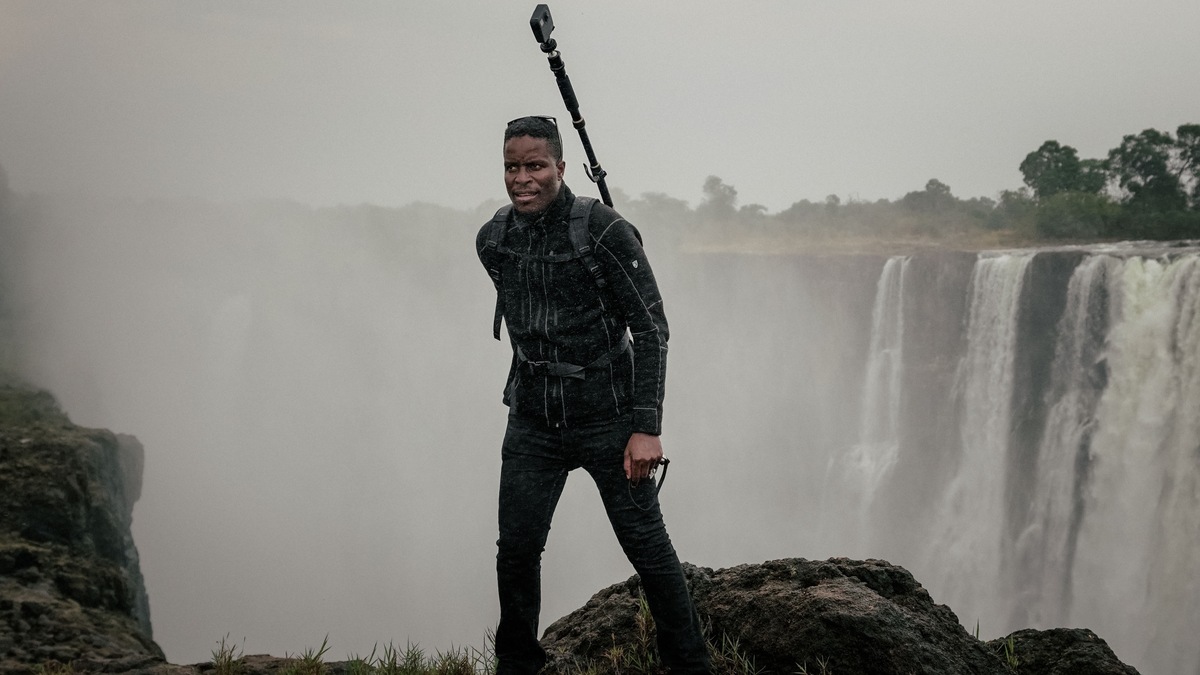 One of the first things people do when they use Google Street View is check out the place where they live.

So when Tawanda Kanhema moved to the United States in 2009, he looked up his hometown of Harare, Zimbabwe's capital city, on the map of panoramic images. A self-described tech enthusiast now some 10,000 miles away from home, he was eager to see a virtual tour of the city.

But there was nothing to see. Harare wasn't on Street View. The busy streets and shops, the schools he attended — none of it was there, and neither was the rest of Zimbabwe, a country in southern Africa with a population of more than 14 million. As Kanhema looked around more, many Western cities were on the platform, but only a handful of African countries were.

"When you look at Street View, you're looking at this mosaic of images that show how people live across the world, how people conduct commerce, how people get around," he says. "I found it quite jarring that a lot of the countries in the region were not on the map."

As services like Google Maps have increasingly become our primary map of the world, being left out of features like Street View can have consequences. Street View helps people with everyday tasks like checking out a new commute route, choosing a restaurant or deciding where to go on vacation. The platform also provides a trove of data used by Google to improve its mapping services, by academics for research and by local governments looking to make improvements to an area.

For Kanhema, the omission highlighted a digital divide between his hometown and major Western cities.

So he decided to try to get Zimbabwe on Street View. Kanhema, who works as a product manager in Silicon Valley and is a freelance photographer in his spare time, volunteered to carry Google's Street View gear to map what amounted to 2,000 miles of his home country. The Berkeley, Calif., resident has filled in the map of other areas in Africa and Canada as well. 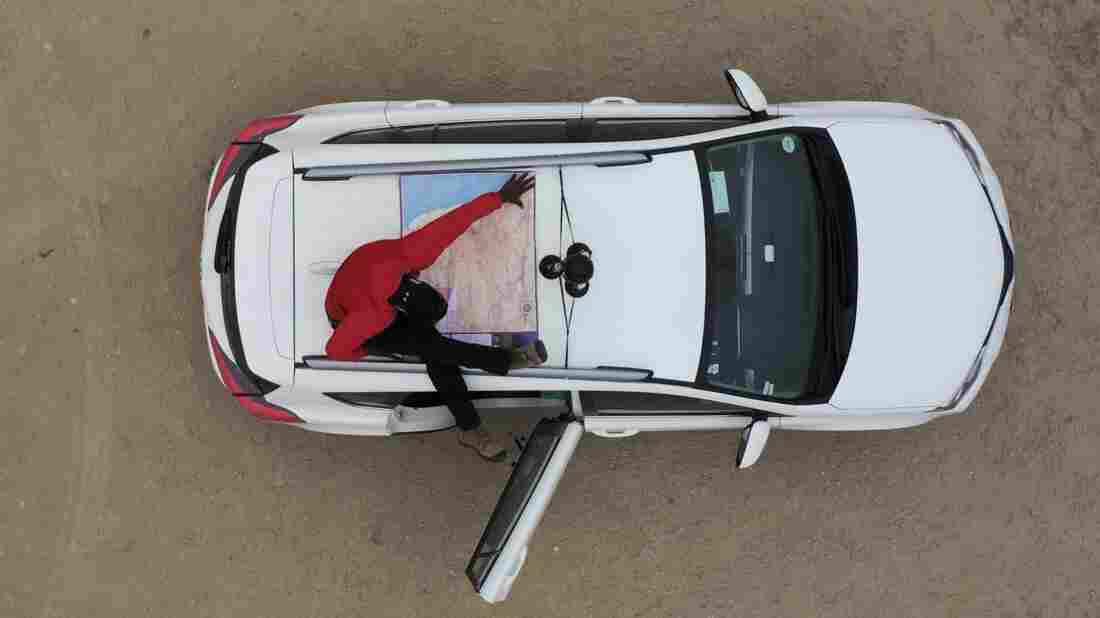 Kanhema, in Namibia in early 2019, plans his route to document the country for Google Street View. Alan Sanchez hide caption 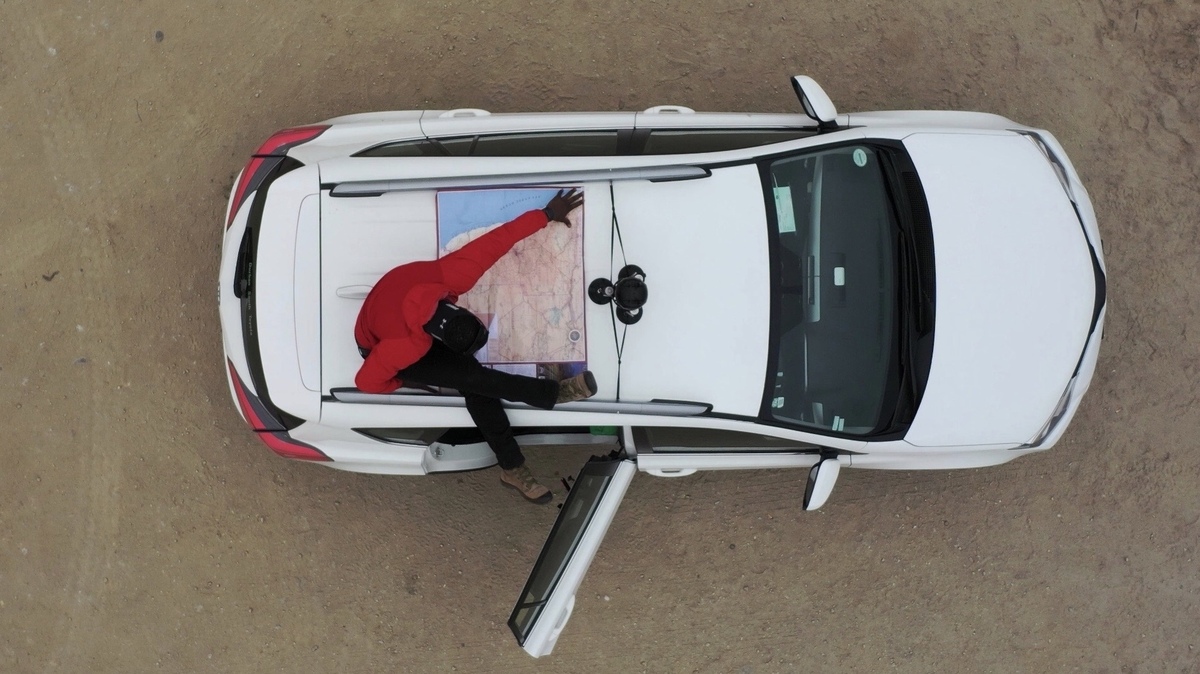 Kanhema, in Namibia in early 2019, plans his route to document the country for Google Street View.

Google says it has "largely mapped" only 87 of nearly 200 countries on the platform, which launched in 2007. Many other countries on the planet have at least some Street View coverage, Google says. But there are sizable gaps in regions like Africa, Antarctica and Central Asia, while areas such as the U.S. and Europe are mostly filled in. While users can see almost every street corner in places such as Paris or New York, they can't do the same for Algiers, Algeria, or Kabul, Afghanistan.

"We start in the large metropolitan areas where we know we have users, where it's easy for us to drive and we can execute quickly," says Stafford Marquardt, a product manager for Street View.

He says the team is working to expand the service's reach. To do that, Google often relies on volunteers who can either borrow the company's camera equipment or take photos using their own. Most images on Street View are collected by drivers, and most of these drivers are employed by third parties that work with Google. But when it comes to the places Google hasn't prioritized, people like Kanhema can fill in the gaps.

In 2018, Kanhema applied to borrow a 360-degree camera through Google's Street View camera loan program, and in the fall, he took a two-week trek through Zimbabwe with the equipment. There was a speedboat ride across the Zambezi River and a safari trip through a national park. Most of his time, though, was spent driving down the streets of Harare and the highways that connect Zimbabwe's major cities.

A Cow With No Name: Google Blurs Bovine Face For Privacy

For Kanhema, returning home to do Street View meant translating the experience of Harare for users around the world who might never travel there. And everywhere he went, Google's camera — a tall, alien-like device — went with him.

"It's so conspicuous to have a 4-foot contraption attached to the roof of your car," Kanhema says. "People are walking up and asking questions about, 'Is that a camera? What are you recording? What are you filming? It is for Google Maps? Will my house be on the map? Will my face be on the map?' "

Many of the places Kanhema photographed were tourist attractions, such as the massive Victoria Falls, which he captured from 400 feet above, strapping the Street View camera to the dashboard of a helicopter.

He sees his work as a form of documentary photography. And he's hoping his images will draw tourists to the region and boost his home country's economy.

"Imagine being able to lend a ticket to get on a helicopter tour of one of the seven natural wonders of the world and being able to bring at least a million other people with you by creating these images that people can look at and feel as though they were there," he says. 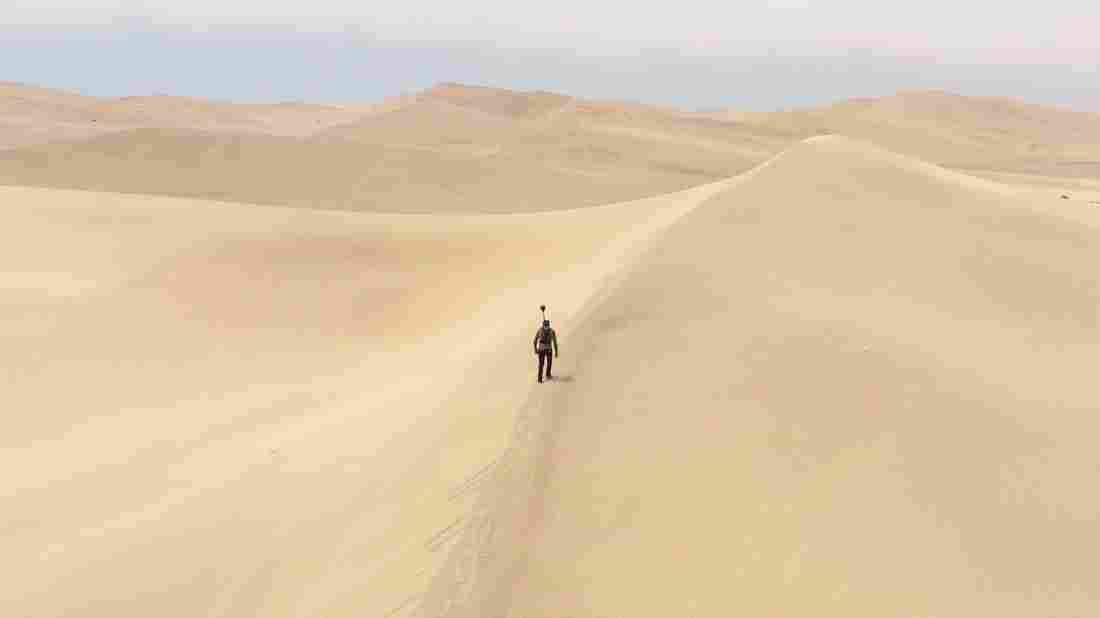 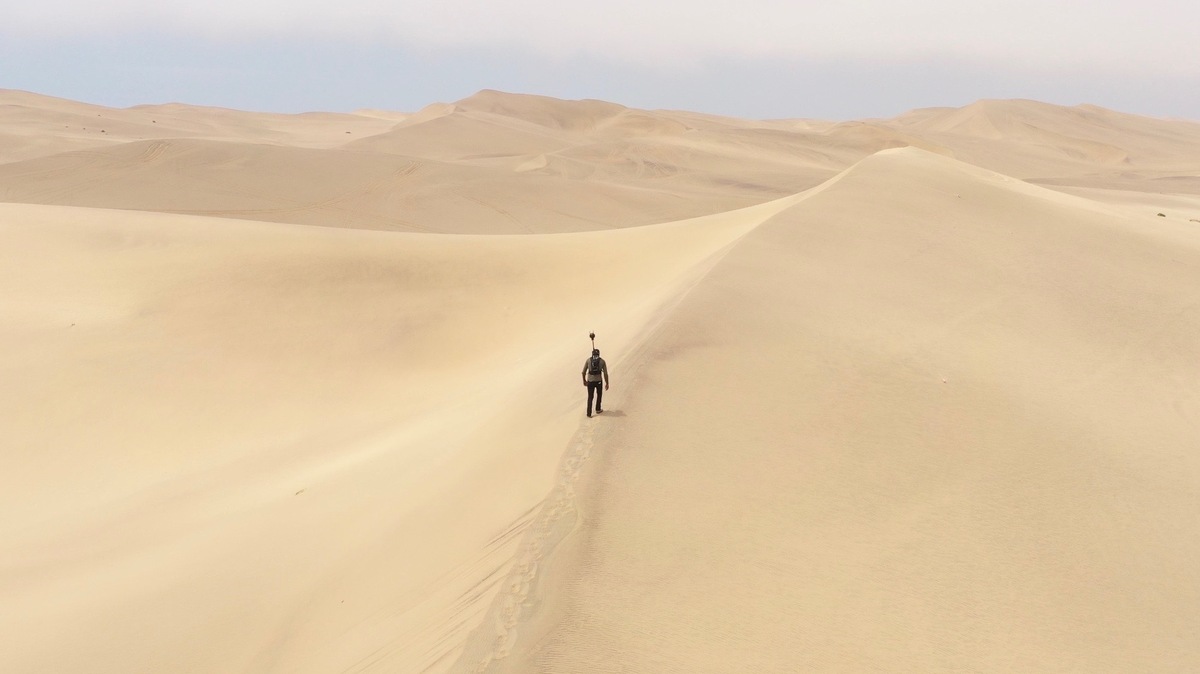 Kanhema has since uploaded those images to Street View, and Google has also added businesses to the map in the areas of Harare that he drove.

All this is a lot of work, but for Kanhema, it's a hobby. Google doesn't pay him or the other volunteers — whom the company calls "contributors" — for the content they upload. Kanhema, for example, spent around $5,000 of his own money to travel across Zimbabwe for the project.

"What motivates me is just being that constant nudge on these companies and this system to pay attention to those parts of the world," he says.

Marquardt says Google currently has no plans to compensate its volunteers, adding that it pays contributors "in a lot of other ways" by offering "a platform to host gigabytes and terabytes of imagery and publish it to the entire world, absolutely for free."

How people live across the world

Craig Dalton, an assistant professor of global studies and geography at Hofstra University, says Google's business model plays a big role in which places are added to Street View first.

The company has been criticized for violating privacy through the mapping project. In 2013, Google paid a $7 million fine to settle claims that it improperly collected data from unsecured wireless networks across the U.S. using its Street View cars.

Although the company's end goal is to make a global street map, Kanhema is unsure when places like his hometown would be visible on the platform without volunteered images.

"There's not always going to be a business case to tell the story of how people live across the world," he says.

For now, Kanhema has found other ways to receive compensation for his work. Most recently, in March, the Mushkegowuk Council, in northern Ontario, paid him to document the network of ice roads that connect indigenous communities in the area.

Often Street View contributors can also receive funding from tourism boards or travel agencies, but Kanhema says he wants to avoid that model. Those arrangements can mean restrictions on what he maps and when, like business owners who want to make sure their storefronts look busy or clean when the photographs are taken.

Next up, Kanhema says he might head to Greenland, or maybe Alaska or Mozambique — and you'll be able to see everything he has seen by clicking on Google Maps.

A photo caption in an earlier version of this story incorrectly stated that Tawanda Kanhema was in Harare, Zimbabwe. He was in Victoria Falls.