Accessibility links
Brad Pitt: 'Ad Astra,' Recalibrating Masculinity, Confronting Harvey Weinstein The actor stars in a new science-fiction blockbuster about more than just an astronaut on a space mission: "We wanted to do something very sincere and raw and painfully honest," he says. 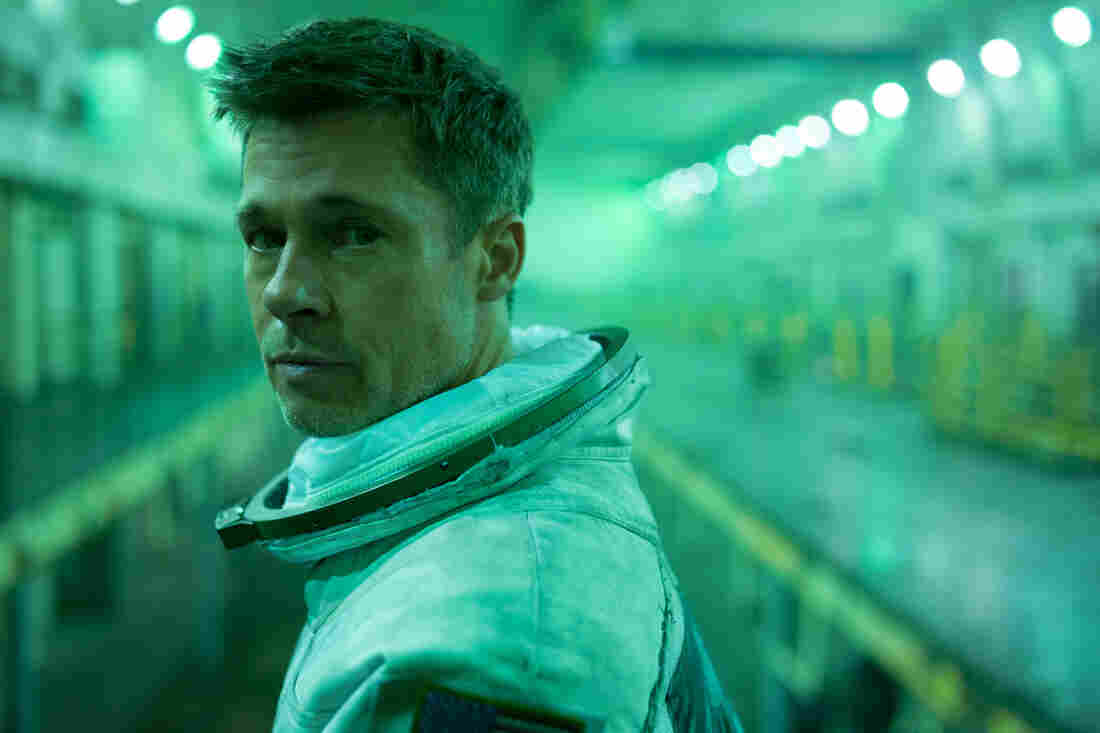 Brad Pitt stars in Ad Astra as an astronaut in search of his father, who disappeared on a mission many years prior. Francois Duhamel/Twentieth Century Fox hide caption 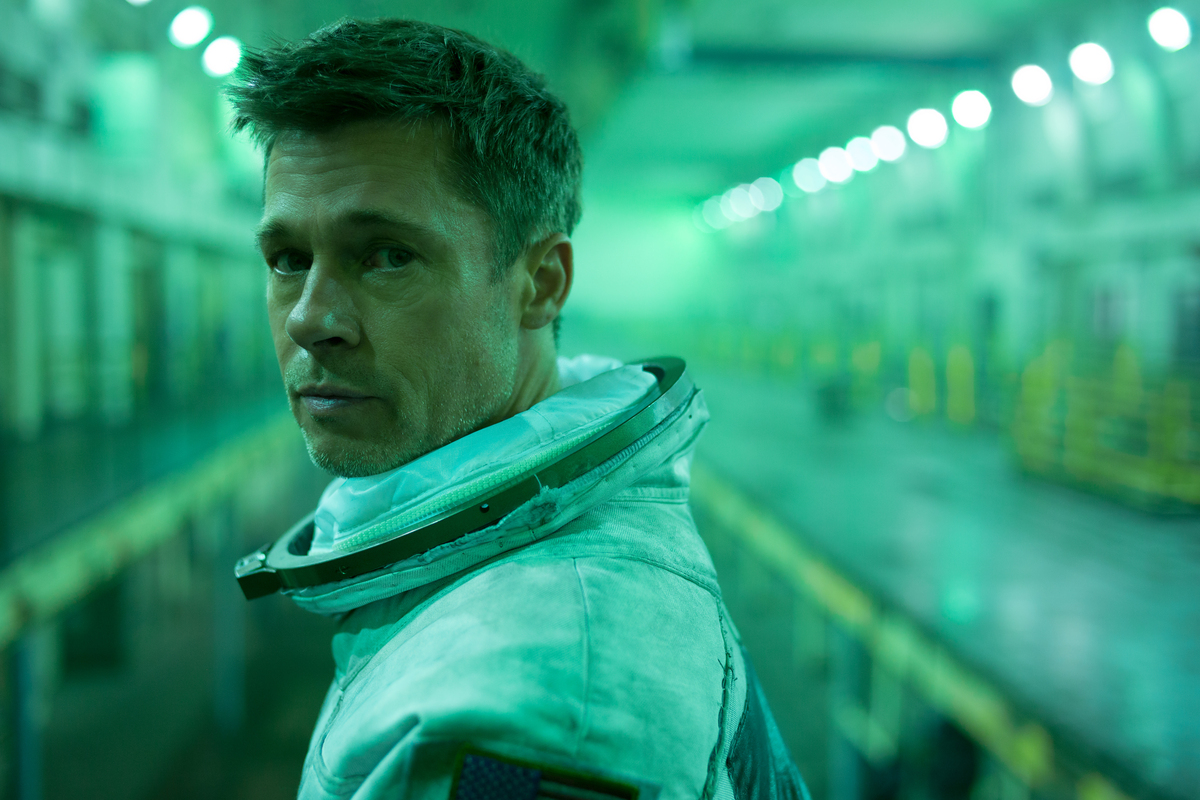 Brad Pitt stars in Ad Astra as an astronaut in search of his father, who disappeared on a mission many years prior.

In the near future, resources on Earth are limited, space pirates fight for control of the moon, and travel into deep space is possible.

That mission disappeared somewhere in the outer reaches of the solar system many years ago. But when he learns that his father may still be alive, the younger McBride sets out to find him.

When we spoke with Pitt, now 55, he walked into the room stretching his back and quipping about his age. "I'm just an old guy sitting in chairs," he said.

He wears his years lightly — same piercing eyes and slow smile — though it's been a rough few years for Pitt: a messy, public divorce (still ongoing) from Angelina Jolie; a custody battle over their six children; getting sober, with a stint in rehab.

But Ad Astra has been a passion project for Pitt — he's been working on getting it made for years. It deals with themes that are relevant for both Pitt and James Gray.

"We're both fathers ourselves, and we wanted to do something very sincere and raw and painfully honest," he said. "That was our jumping-off point."

Well, it's just that. I don't know that we've been taught to deal with those painful events very well. In fact, we're better at burying them — at least certainly speaking for myself. You know, it's this Marlboro Man image of: Don't show weakness. But then we were questioning: In doing that, are we actually denying our own feelings? Denying a part of ourselves — a vulnerability, in this guise of Superman — to really be open for our loved ones, for our sons and daughters, in the sense that we're all flawed; most of us are doing the best we can. And is there a peace of mind that comes from embracing one's foibles and humiliations as well as our successes?

On what he drew on for his character

It seems universal that we all carry great pains, great feelings of loneliness and regrets. I had a friend who worked in a hospice and he said: The only thing that people talk about is their loves and then their regrets in love, dealing with love. I thought: Man, that's really interesting. If that's our focus on the way out, better start working on that now.

On if his divorce has influenced his performance

I would be exploring it whether there was a script that allowed that or not. A breakup of a family is certainly an eye-opener that as one — and I'm speaking in general again — but as one needs to understand, I had to understand my own culpability in that, and what can I do better. Because I don't want to go on like this.

Well, I can only speak to my experience. ... I mean, we're talking about an event in the late '90s, I think it was. I mean for me, I was just — I'm a guy from the Ozarks, and that's the way we handle things. ... She was going to do a couple more films with him; just had to make sure it wasn't going to happen again.

On acting less over time, and on aging in general

Yeah, I mean, I have artistic aspirations. There are things I just enjoy that are ... it's not pottery. I mean, there's amazing ceramicists. In fact, I just got back from Japan, and people dedicate their entire lives to a craft, and so exquisitely done, and I just — I admire that so much. That kind of quest for that kind of beauty — I feel like that speaks to us, and brings us together. But no, I just see it [acting] becoming less and less as you get older. ...

What I find, you know: What we trade off in looks and dexterity, we gain in wisdom. And I will make that trade any day ... But I [have] certainly lived more of my life than I have left to live. And so I start thinking about how I want to go out. I have this romantic — it's probably a projection, but — this romantic idea of David Bowie going out with such grace, and full acceptance. And it really appeals to me.

Sophia Alvarez Boyd and Samantha Balaban produced and edited this interview for broadcast. Patrick Jarenwattananon adapted it for the Web.