Accessibility links
The World Of Rosetta Tharpe: A Turning The Tables Playlist Without Sister Rosetta Tharpe, we wouldn't have rock and roll as we know it now. Our playlist features some of Tharpe's best songs, as well as music from her influences and inheritors.

The World Of Rosetta Tharpe: A Turning The Tables Playlist

The World Of Rosetta Tharpe: A Turning The Tables Playlist 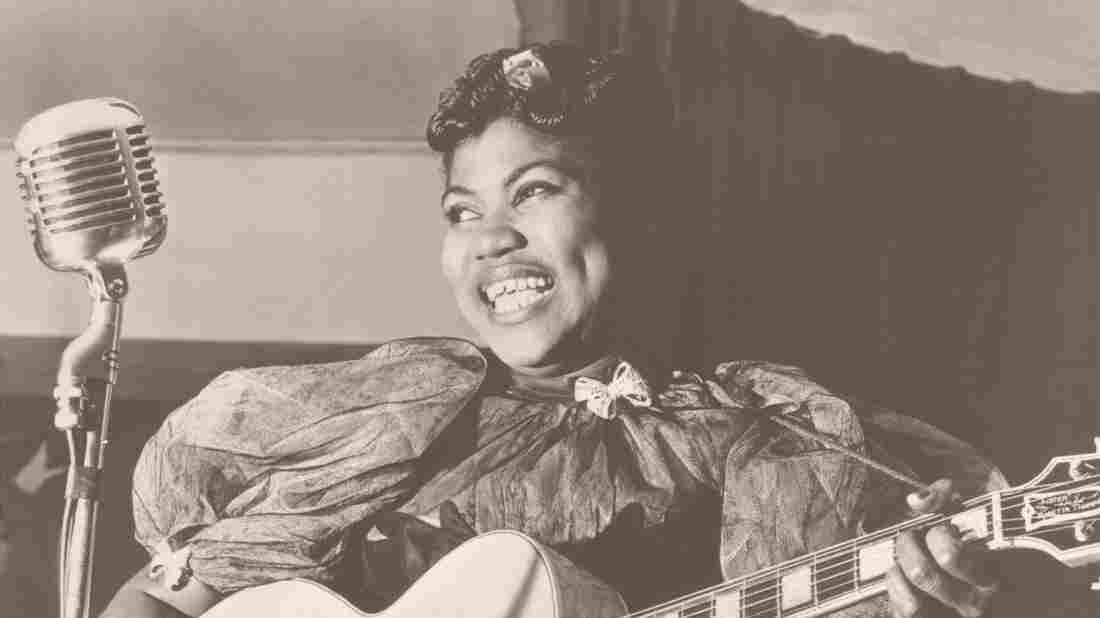 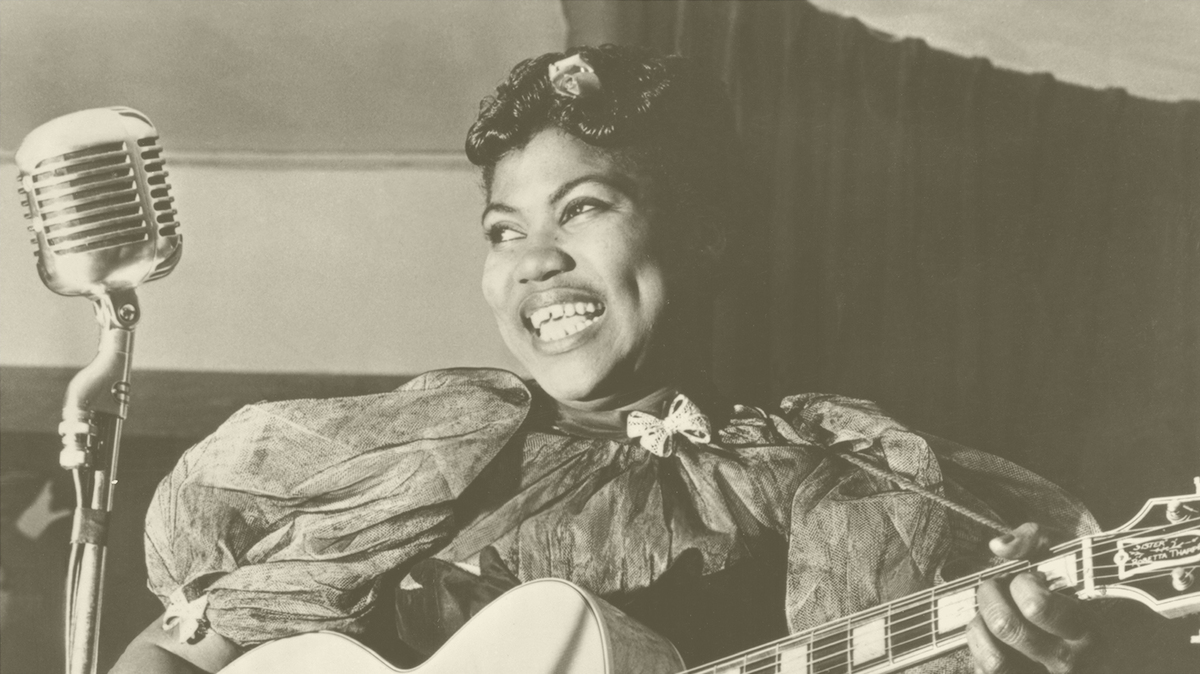 More on Rosetta Tharpe from Turning The Tables

Without Sister Rosetta Tharpe, we wouldn't have rock and roll as we know it now. Her pioneering guitar virtuosity was fueled by the gospel swinging, shouting, holy-spirit energy of the evangelical church and the blues she heard on Chicago's Maxwell Street, which crossed each other like crackling live wires in her hands – and boom, we're at the beginning of the revolution that would later be widely and wrongly attributed, almost entirely, to the white teens and young men who emulated her.

Tharpe's first recording session in 1938 included a recording of Thomas A. Dorsey's "Rock Me." A gospel song, sure, but it contains the template song form, guitar runs and vocal attitude for the rocking and rolling that followed. "Strange Things Happening Every Day" from 1945 was a favorite spin of Memphis DJ Dewey Phillips, and the men long considered the founding fathers of rock and roll — Jerry Lee Lewis, Elvis Presley, Johnny Cash, Chuck Berry, Little Richard — were all listening. A few years later, the British wave of artists like The Rolling Stones, Eric Clapton and Led Zeppelin built upon that original all-male Mount Rushmore of American rock, but all of it flowed from the source: Sister Rosetta. Not only did they all tap the "singing and guitar-playing miracle," as she was billed early on in her career, for guitar licks and vocal styling, but you can bet Little Richard and Mick Jagger were paying attention to the flair and flamboyant confidence with which Rosetta presented herself.

It's often been said that Tharpe is a forgotten figure, but more accurately, she has been written over in music history by what was imprinted on the culture as characteristics of the rock and roll icon: being male and white. In fact, the duck-walking, audience-taunting, lyric-shouting, guitar-riffing hero, the Mother Of Rock and Roll, was an African-American woman, and her name was Sister Rosetta Tharpe.