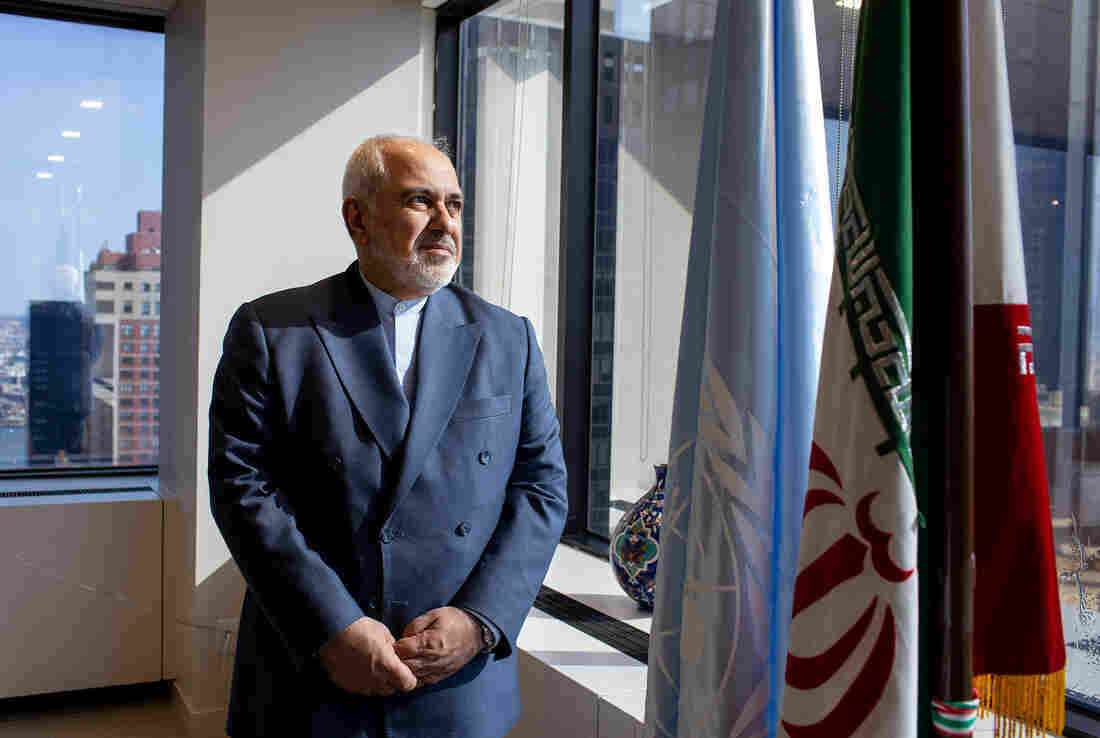 Iran's foreign minister, Mohammad Javad Zarif, is in New York this week to make the case for lifting sanctions on his country. Eslah Attar for NPR hide caption 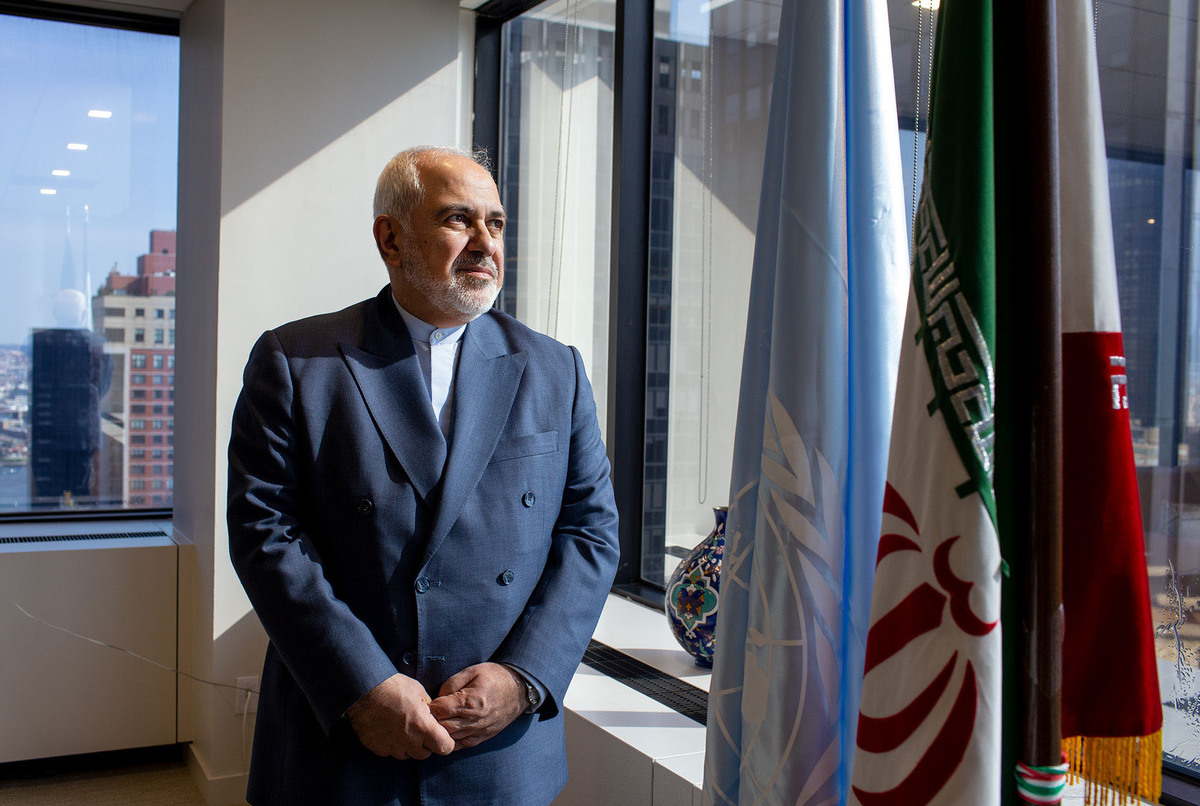 Iran's foreign minister, Mohammad Javad Zarif, is in New York this week to make the case for lifting sanctions on his country.

Iran's Foreign Minister Mohammad Javad Zarif says his country will not succumb to economic pressure by the Trump administration.

"We are resisting an unprovoked aggression by the United States," Zarif told NPR's Steve Inskeep in an interview in New York City on Sunday. "I can assure you that the United States will not be able to bring us to our knees through pressure."

"Abandon the illusion that Iran can be defeated by pressure," said Zarif, who spoke with NPR ahead of this week's United Nations General Assembly, where he will seek to convince world leaders that harsh U.S. economic sanctions on Iran should be lifted. Iranian President Hassan Rouhani will address the U.N. on Wednesday, where he is expected to introduce a new peace plan for the Persian Gulf region.

The Iranian delegation's visit to the U.S. comes at a time of heightened tensions between Washington and Tehran. On Friday, the U.S. announced fresh economic sanctions against Iran in response to a Sept. 14 attack on oil facilities in Saudi Arabia. Responsibility for the attack was claimed by Houthi rebels in Yemen, but the U.S. and Saudi Arabia blame Iran.

Iran denies involvement, and Zarif warned last week that if either the U.S. or Saudi Arabia hit militarily at Iran, it would lead to "all-out war." However, he told NPR that Iran would willingly participate in an impartial, international investigation into the strikes.

What We Know About The Attack On Saudi Oil Facilities

The Trump administration last year pulled out of the 2015 nuclear deal and reimposed sanctions the U.S. had promised to lift. The administration wants Iran to renegotiate the nuclear deal. Iran's supreme leader, Ayatollah Ali Khamenei, has ruled out talks with the U.S. unless Washington returns to the deal.

In July, Iran announced it began enriching uranium above levels set in the nuclear deal. That same month, it seized a British-flagged oil tanker in the Strait of Hormuz and is accused of attacking other tankers.

On Twitter last week, Zarif accused U.S. Secretary of State Mike Pompeo of trying to "dodge" issuing visas for the Iranian delegation to attend the U.N. General Assembly. As the United Nations host country, the U.S. is obligated to issue visas for official U.N. business. Both Zarif and Rouhani were issued visas on Thursday.

On the U.S. blaming Iran for the airstrikes on Saudi oil facilities

I know that Iran didn't have anything to do with it. Who did it? I just take the Yemeni claim at face value. If you want to go to conspiracy theory and ask who had an interest in doing that, there'd be a lot of people in the list of interested participants — not least of which the United States and Israel.

On how high a price Iran is willing to pay to not bend to U.S. demands

I can assure you that the United States will not be able to bring us to our knees through pressure. The United States can have a much better deal with Iran if they started talking to us based on respect, based on mutual respect and based on moving forward. Next Wednesday, there is going to be a meeting in which four of the five permanent members [of the U.N. Security Council] plus Germany will be seated around the table along with me and the high representative of the European Union. There is an empty chair there for the United States, but there is a ticket for that chair and that is to be law-abiding.

On the imprisonment of Chinese American scholar Xiyue Wang in Iran

I would love to see him go back to his family and I have made proposals, last September, it is a year ago, that would enable him to go back. But let me also tell you about a professor who is in a U.S. prison for the last nine months without charge, without charge. He was given a visa to come to the United States. His visa was revoked while he was flying to the United States. He has not committed any crime. What should I say to the wife of this professor?

... The Chinese American in Iran is in jail on a charge on a court case. And I have offered to exchange them, because as foreign minister I cannot go to our court and simply tell them, "release this man." I can go to the court and tell them, "I can exchange this man for an Iranian," and then have a standing, have a legal standing in the court.

Dalia Mortada edited the broadcast version of this story.