Accessibility links
Chanel Miller On Brock Turner's Lenient Sentence: 'I Felt Like I Was A Criminal' She was long known only as the victim of Brock Turner, who got a lenient sentence for assaulting her. Now, Miller tells NPR she can "finally exist in the world without having to hide anything." 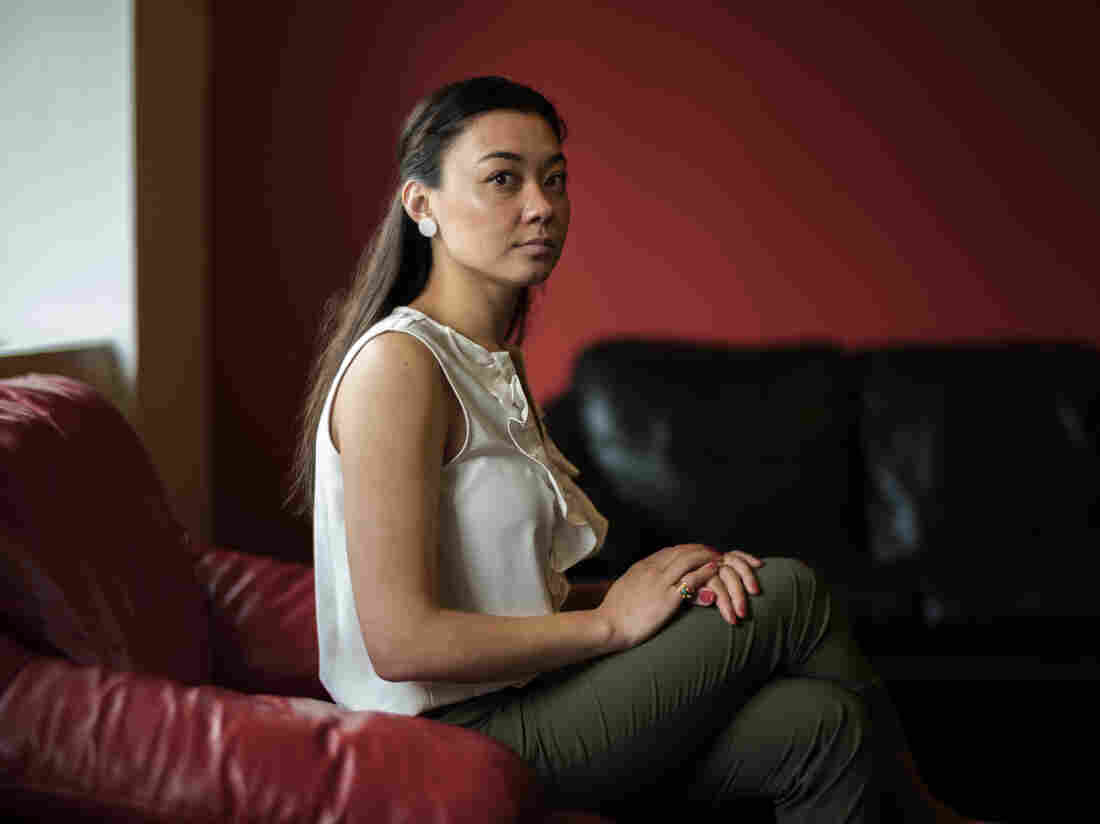 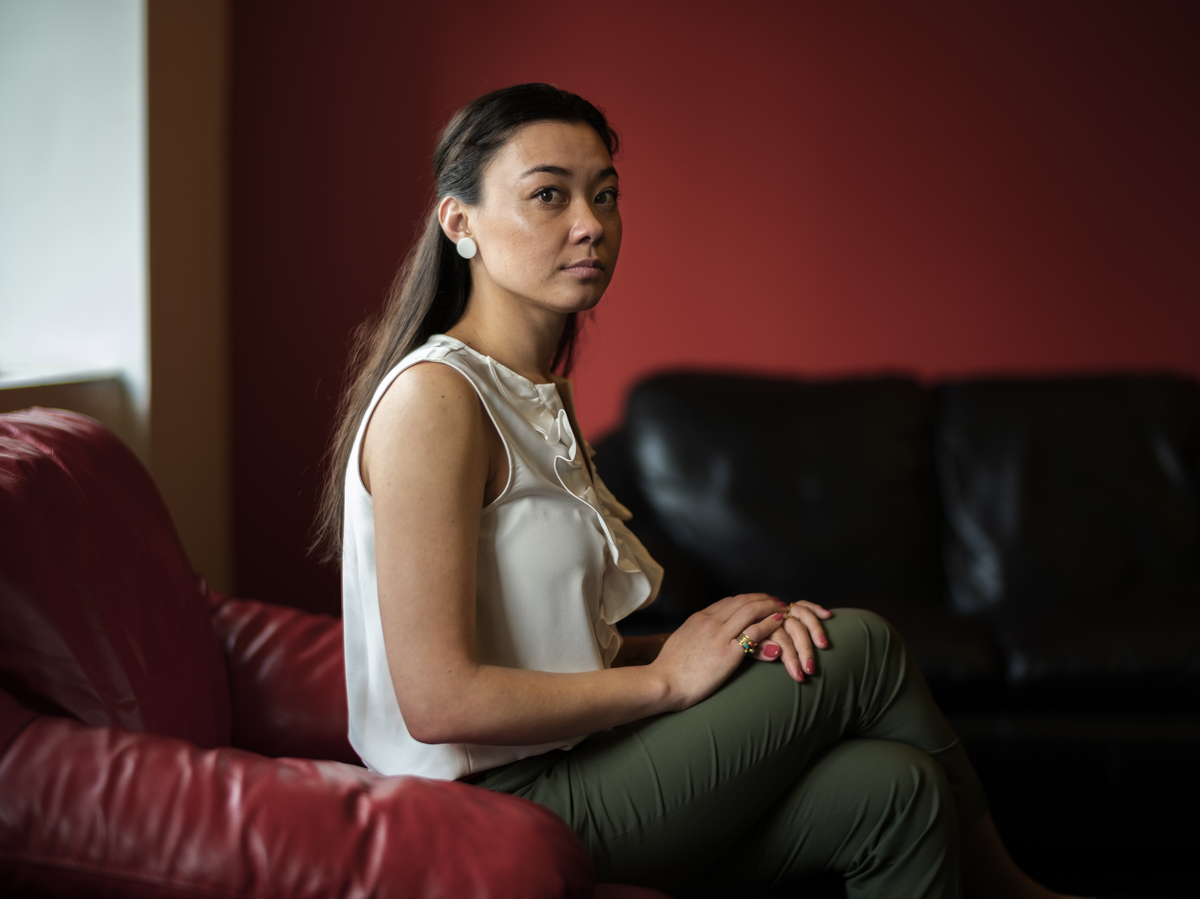 After four years in the shadow of Brock Turner, the man who sexually assaulted her, the woman once known in the media as "Emily Doe" has taken her name back. In her new memoir, Know My Name, Chanel Miller has introduced herself to a world that knew her only as a victim at the heart of a nationwide criminal justice controversy — or, in some cases, labeled her much worse.

And she says that moment, when at last she revealed her identity this month, came as "an immense relief."

"It almost felt like a bittersweet birthday," Miller told NPR's Morning Edition, "in that I was able to finally exist in the world without having to hide anything."

Since the incident that made her story famous, even if not her name, Miller had spent much time in silence. Only her 12-page victim's statement, which she read in court before Turner was sentenced, spoke for her experience of that January 2015 night when Turner was discovered on top of her unconscious body behind a dumpster at Stanford University.

"To sit under oath and inform all of us that, yes, I wanted it, yes, I permitted it, and that you are the true victim attacked by guys for reasons unknown to you is sick, is demented, is selfish, is stupid," Miller told Turner in court in 2016. "It shows that you were willing to go to any length to discredit me, invalidate me, and explain why it was OK to hurt me. You tried unyieldingly to save yourself, your reputation, at my expense."

Chanel Miller Says 'Know My Name,' As She Reflects On Her Assault By Brock Turner

Shortly after she read that statement in court, describing in vivid, disturbing detail the violence and trauma she'd experienced, the judge overseeing the trial sentenced her attacker to six months in jail — much less than the six years in prison that prosecutors wanted for Turner, who had been convicted of three counts of felony sexual assault. Aaron Persky, then a California Superior Court judge, justified his light sentence at the time by saying "a prison sentence would have a severe impact on [Turner]."

Turner would ultimately serve just three months of that sentence.

"I spoke with conviction. I felt that it was working. I felt that it was everything I could have done. So I felt relief and pride and now thought the hardest parts were behind me, but they weren't," Miller recalls of that hearing. "When the sentence was announced, the immediate reaction I had was humiliation."

She says she had struggled to include her family and friends in the legal process up to that point. Since the moment she began learning what had happened to her that night — "every detail I found out on the news," she says — Miller remembers keeping many of her family members and friends out of courtroom proceedings, hoping to "protect the people that I loved."

It had even taken her some time to tell her parents about what happened.

"It was almost like I cracked in half," she says of that conversation. "I just sort of bent over and was unable to speak. And at that point, my mom stood up and she just held me and we both cried. Because I don't think you can assign words to that initial experience. I think you need to feel it."

To most in her life, though, she didn't talk about what was going on in court or even say where it was she was going when there was a hearing.

"It was extremely difficult to conceal that this was going on in my life," she explains. "At the same time, I felt like it was necessary to protect myself, and I was also terrified of the investigators. I felt like I couldn't disclose or be open about what happened."

By the time Turner's sentencing rolled around, Miller had relented and let some family members and friends join her in the courtroom — but "as soon as the sentence was read," she says, "I remember thinking, 'Why did you allow them in? Now people are just going to get hurt again. You humiliated yourself in front of everyone you love. And this is why you should do things alone.' "

She was not just humiliated; she was also confused about how a conviction backed by witnesses and material evidence could have ended like this.

"Had I not released my statement, I would have gone home believing that my words were worth nothing. I would never have thought, 'Wow, that was such a courageous thing that I did' or 'Wow, I'm an eloquent writer.' I truly believed that I had failed," she told NPR.

I spoke with conviction. I felt that it was working. I felt that it was everything I could have done. So I felt relief and pride and now thought the hardest parts were behind me, but they weren't. When the sentence was announced, the immediate reaction I had was humiliation.

Chanel Miller on her reaction to Brock Turner's sentence

Referring to Persky, she adds: "I don't understand how, if he is in such a high state of authority, he can overlook everything that I presented."

Persky would ultimately feel the consequences of his lenient sentence. Last year, voters in Santa Clara County, Calif., recalled him from the bench — the first judicial recall in the state since 1932. This month, the former judge was fired from his briefly held job as a girls tennis coach at a Bay Area high school after his involvement in the Turner case became known to the school district.

As for Miller, whose memoir publishes this week, she says she's ready to leave Emily Doe behind — even if she plans on keeping the lessons she learned on her long road back to trusting herself.

"In court, it's almost like you become deaf to support. Even if my family was continuing to say loving things in court, I felt like I was a criminal, like I was to blame, that I was being punished. Otherwise, why would they — if I was good — why would they be treating me like this?" she says. "It took me a long time to figure out that, no, I deserve much better — and to teach myself self-compassion and to listen to the voices that were supporting me."