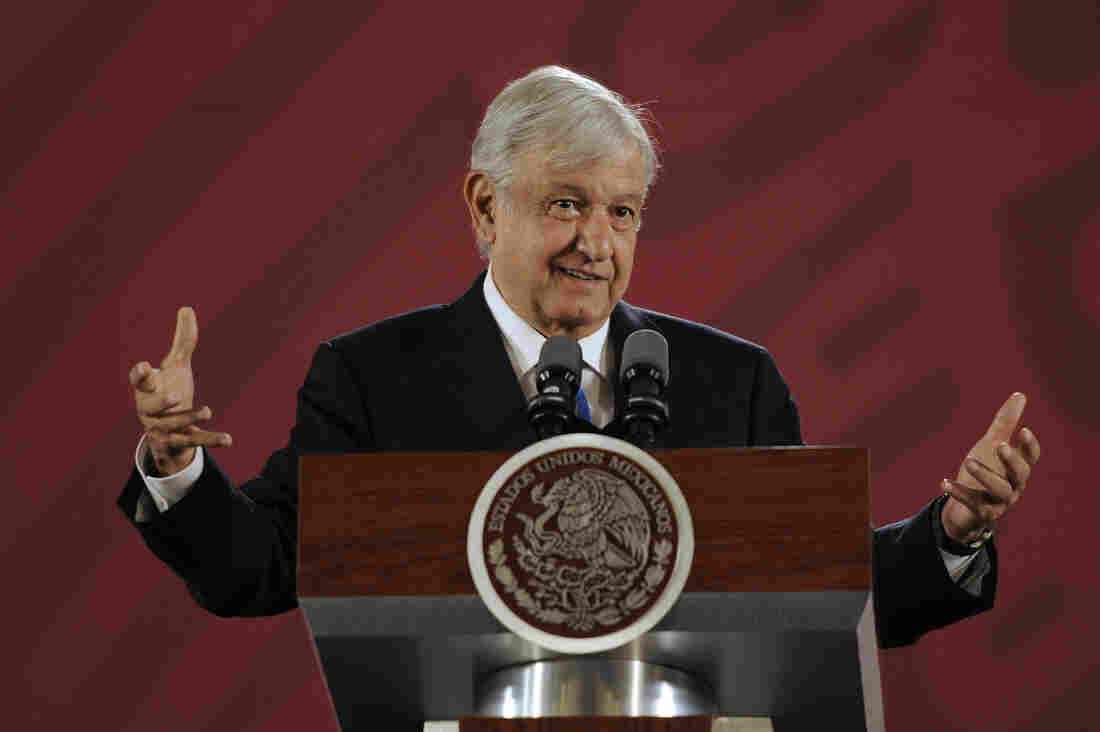 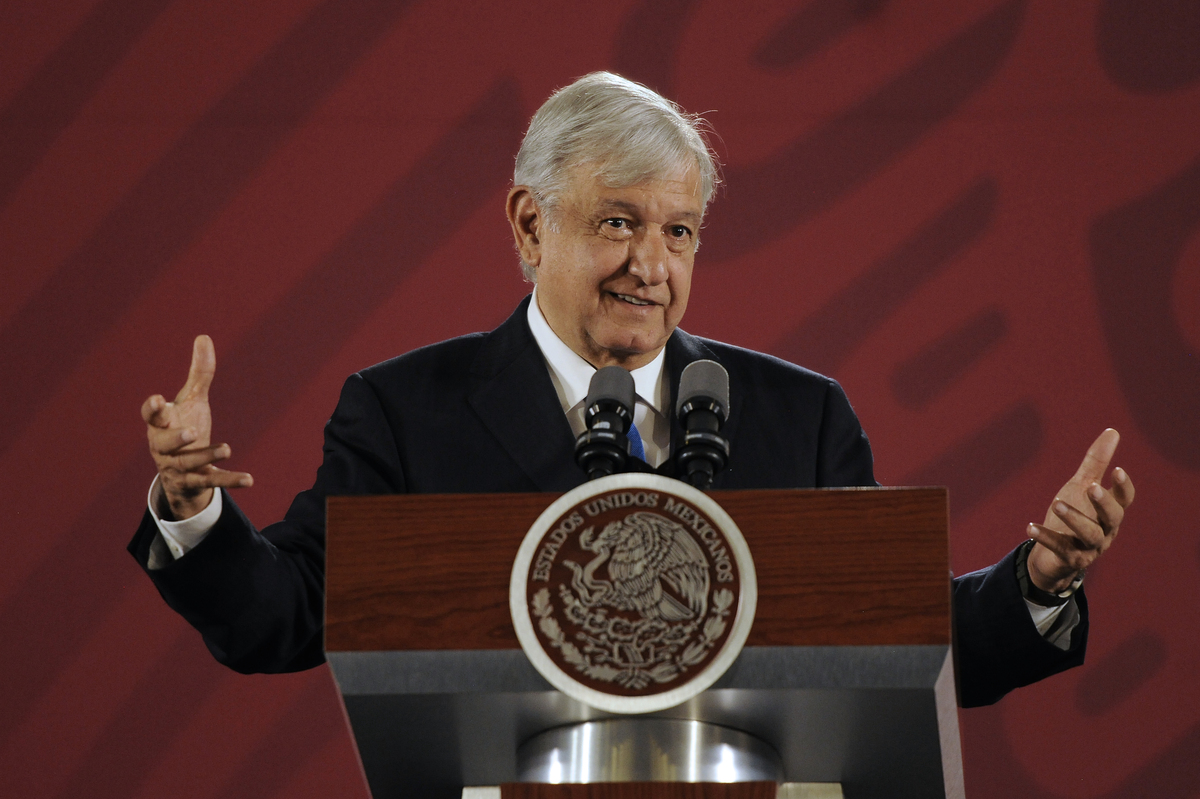 Since taking office last December, Mexican President Andrés Manuel López Obrador has not left his country. Critics say he is damaging Mexico's image on the world stage. Above, he speaks during the daily morning press briefing in Mexico City on Sept. 5.

As leaders from around the world spent Monday at the United Nations Climate Action Summit pledging to ban coal and cut carbon emissions, Mexico's president was at his weekday news conference showing off a new app that tells consumers where the cheapest gas in the country can be found.

In fact, since taking office last December, López Obrador hasn't left Mexico, not once. He didn't attend the Group of 20 summit of world leaders in Osaka, Japan, this past June. And he has met only with foreign dignitaries who travel to Mexico, greatly limiting his international exposure.

"For him not to travel leaves us missing a lot of international opportunities," says Rafael Fernández de Castro, the director of the Center for U.S.-Mexican Studies at the University of California, San Diego. Fernández was a foreign policy adviser to former President Felipe Calderón.

"He's losing opportunities because leaders talk to leaders, not to someone sent to talk to them. It's not the same," adds Fernández.

As with the G-20 summit, López Obrador has dispatched his foreign minister, Marcelo Ebrard, in his place to the United Nations this week. When announcing his decision not to go to New York, the president expressed his full confidence in Ebrard, saying that Mexico is well represented.

López Obrador says his domestic agenda — cracking down on Mexico's rampant corruption, increasing social spending and bringing much-needed development to the country's poor — is more important than foreign concerns. When asked about his lack of international travel, López Obrador often repeats the phrase "The best foreign policy is domestic policy."

Presidential spokesman Jesus Cantu says it's not a set-in-stone policy that López Obrador won't travel outside the country. "But he has decided that this first year he is dedicated to building the bases necessary at home," says Cantu.

López Obrador has yet to travel to the U.S. to personally meet with President Trump. The two leaders have held several phone calls. And López Obrador has met with the leaders of only a few neighboring Central American countries. All encounters were held in southern Mexican states.

"This is new for Mexico. Normally you'll see at least 10 visits to Mexico by foreign dignitaries in the first year of a government," says Jorge Castañeda, a foreign minister in former President Vicente Fox's administration. "Over a whole administration, this means fewer businessmen come, foreign press, tourism officials. We hurt our good image in the world," he says.

Castañeda, a vocal critic of López Obrador, believes the Mexican president is uncomfortable in international settings because he does not speak English and, more importantly, because he lacks a foreign policy.

López Obrador has taken on a noninterventionist stance when it comes to hemispheric issues such as the political crises in Nicaragua and Venezuela, putting him at odds with the U.S. and other regional leaders. He has pushed for billions of dollars of foreign investment in Central America to provide jobs and security to stem the flow of migrants from the region. But that may be tough to do given his aversion to international settings, say critics. Among his most notable foreign policy decisions is his acquiescence to Trump's demands for more Mexican border enforcement to avoid tariffs and other punitive actions by the United States.

Cantu says the president will travel outside the country when necessary to sign a negotiated agreement or a concrete plan. But López Obrador likes to say he won't engage in political tourism and often criticizes past administration's extravagant international travel on the taxpayers' dime.

He pledged government austerity on the campaign trail, and one of the first moves he made after taking office was to put the presidential plane up for sale, citing its exorbitant price tag. He flies commercial around the country and this summer mandated that all international travel requests be personally approved by him. He also cut the daily government travel per diem in half to $225 a day.

That approach could make Foreign Minister Ebrard's trip to New York even more challenging: good luck finding a hotel room, meals and taxis for that amount for one week in Manhattan.