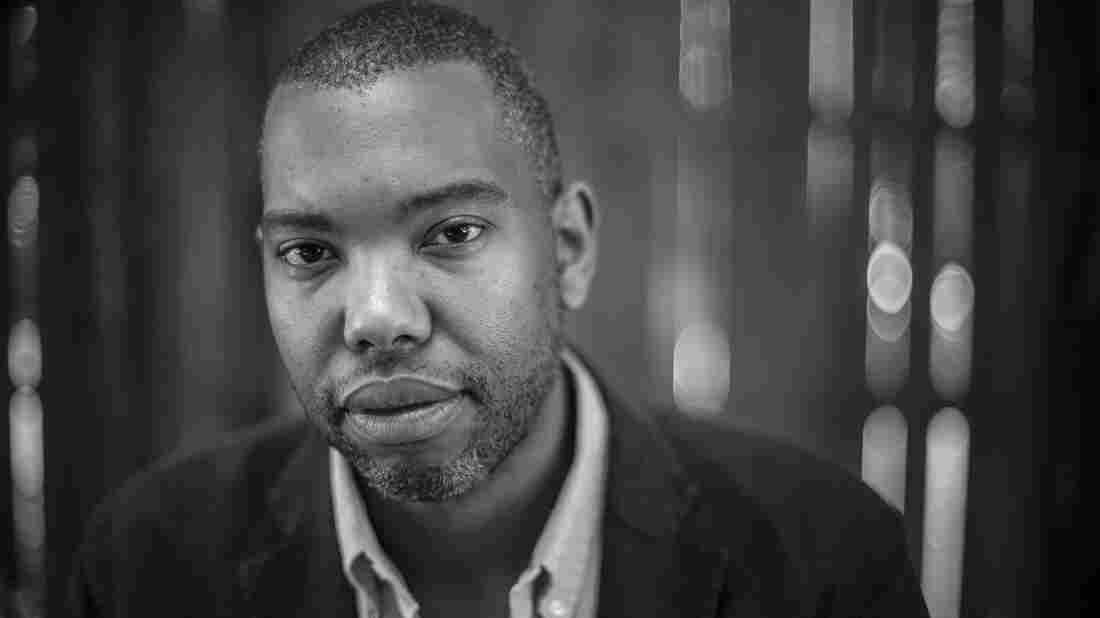 Ta-Nehisi Coates' 2014 Atlantic Magazine cover story, "The Case for Reparations," led to a national conversation about how to reckon with injustices resulting from years of slavery. He won a National Book Award in 2015 for Between the World and Me. Gabriella Demczuk/The New York Times hide caption 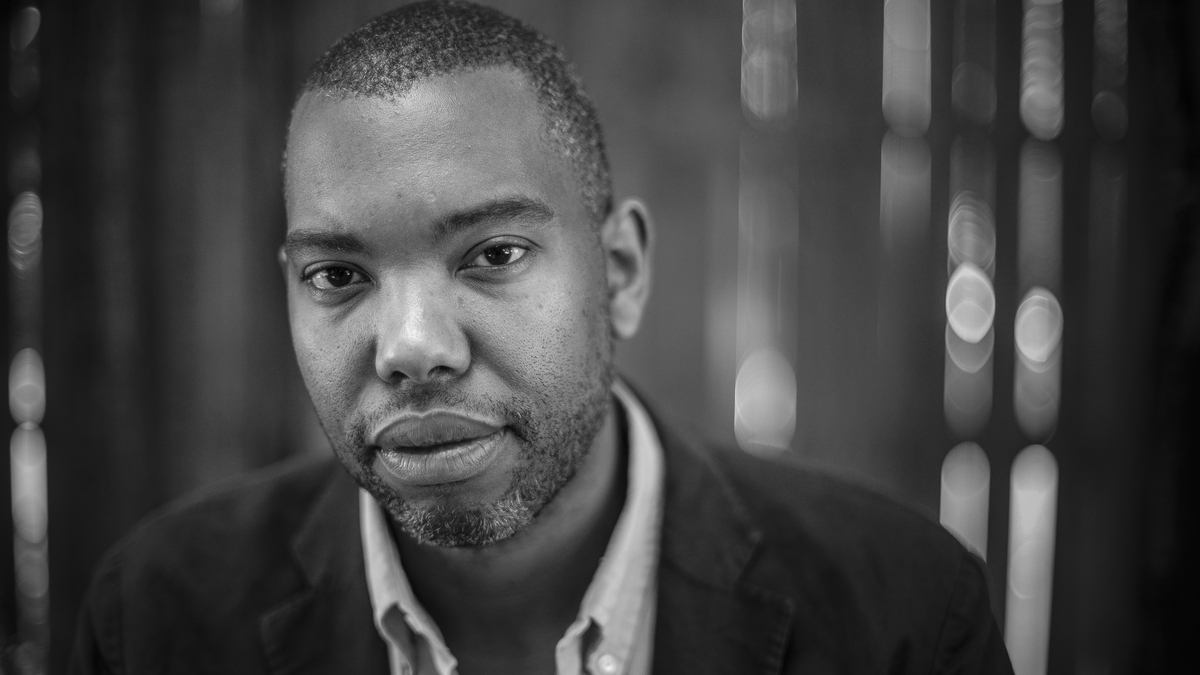 Ta-Nehisi Coates' 2014 Atlantic Magazine cover story, "The Case for Reparations," led to a national conversation about how to reckon with injustices resulting from years of slavery. He won a National Book Award in 2015 for Between the World and Me.

Growing up in Maryland, author Ta-Nehisi Coates was enthralled by stories of Harriet Tubman, the 19th century abolitionist who operated the Underground Railroad on the state's Eastern Shore. He read about Tubman's efforts to lead enslaved people to freedom, and was struck by the surreal qualities of her story.

Coates read one biography of Tubman in which the biographer admitted that historians aren't quite sure how she managed to lead so many people to freedom. "Whenever I hear, 'We don't know how this happens,' my mind starts turning, you know? I start imagining things," he says.

Ta-Nehisi Coates Explores The Tension Between Escape, Family In 'The Water Dancer'

Ta-Nehisi Coates Explores The Tension Between Escape, Family In 'The Water Dancer'

Coates had always been a fan of comic books and pulpy adventure stories, and he began to imagine the Underground Railroad through fantastical eyes. His debut novel, The Water Dancer, is set in slave times and centers on Hiram, a man born into slavery who meets Tubman, and learns that they share a magical power to teleport enslaved people to freedom.

"I did a considerable amount of research, and when you look at how African Americans described themselves during that period, and when you look at how they talk about their own escapes from slavery, magic is often very much a part [of it]," he says. "The Water Dancer ... tries to take a somewhat forgotten tradition in African American resistance and render it seriously."

On why the magical aspects of the book center on teleportation

What Harriet Tubman is doing is actually literally moving people. The actual movement would be the important thing in that case. But I think even more than that, one thing I was very, very conscious of in writing this book is that ... there are elements of the adventure story that I did not want. For instance, I didn't want revenge. I didn't want a violent power. I didn't want fire, or something like that. I wasn't really interested in that, because I think that actually evades one of the more interesting aspects of African American history, and that is that vengeance has rarely been a luxury that black people have had.

I've thought quite a bit about the fact that much of the country's history is premised on forgetting, not remembering, certain things.

For the past 10 years, in a lot of my writing, I've thought a lot about memory, and why certain things I remembered a certain kind of way. And I've thought quite a bit about the fact that much of the country's history is premised on forgetting, not remembering, certain things. And so it felt natural, actually, to go in that direction, to reach there as a source. ... I guess I was just captivated with the idea of why we remember and why we don't.

On learning about his own ancestry

I always knew my mother's side of the family was from the Eastern Shore of Maryland. I knew that my dad's family was from Philadelphia. ... So while the ancestry of the enslaved is really important, one of the things that I think about all the time is they actually were two very different kinds of families: My mother's family, from the oldest ancestor that we can actually trace, is a woman whose race is ambiguous — who might have been white, might have been mixed, we're not sure — but she was free, and then her child was free, and I'm talking about the early 1800s, and she had land and the child had land. And so up until even the beginning of my lifetime, my family from the Eastern Shore of Maryland has always had land in their life. My mom grew up going down to the Eastern Shore and there was always, even as my mother grew up in the projects, there was always a kind of prosperity that was around. It is very, very tough to describe, because it's not actually material wealth necessarily, not rich, but it was a different kind of poor. And in my dad's family, man, I mean it really felt like the other side of black America, or almost stereotypical side of a black America. ... 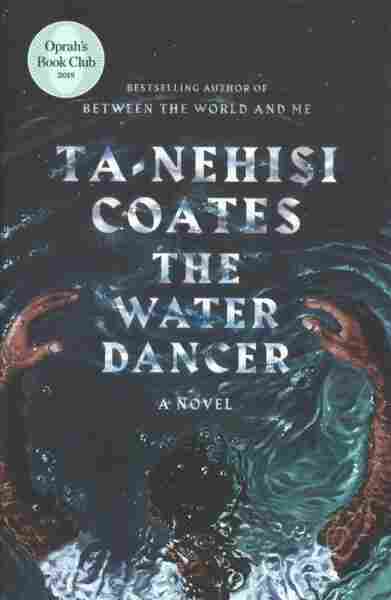 On the impact his 2014 Atlantic article, "The Case for Reparations," and his book, Between the World and Me, had on his life and work

They made me — boy, it's hard to say this — they made me famous. I mean, as much as any writer can be famous. ... It gave me a level of financial stability that I had never come close to or touched or imagined. And what that meant was that I could do things like go off and finish a novel like this.

It meant that the way I saw my work was fundamentally different. I could now really, really imagine, "What do I actually want? What do I actually want to do?" As opposed to going from story to story or book to book. I think it changed how people saw me. I think sometimes because of that fame and celebrity people probably attribute more qualities to me than I am in the possession of. A lot of times people think because you're intelligent or smart about one thing — and you're famous, so a lot of people see you be intelligent and smart and wise on one thing — they necessarily assume that you are smart and wise on all things. Or that you have the ability to speak on all things and that just is not the case. ...

I have my limitations and I'm OK with that. I am deeply honored that people look and maybe see more than I see — at the same time I think it's really important to know your lane.

I think maybe [I'd] like the power to lose 15 pounds, I don't know, but that's what most people want. But no, I think I'm just fine. Because ... it's always the story in comic books, and even the story of The Water Dancer, is this stuff always comes with weight. ... There's no amount of power that anyone is deeded that does not somehow come with some weight or responsibility, and almost all the great superhero stories are about folks trying to reconcile themselves to that fact and what the prices [are] of ignoring that power, what the burden is of actually engaging with the responsibility that it gives. So I think I have plenty of responsibility. I'm not dying for more responsibility, and so I think I have just enough power. I think I'm fine.

Sam Briger and Seth Kelley produced and edited this interview for broadcast. Bridget Bentz, Molly Seavy-Nesper and Beth Novey adapted it for the Web.

Read an excerpt of The Water Dancer