Accessibility links
U.K. Parliament To Resume After Supreme Court Rules Suspension Was 'Unlawful' Prime Minister Boris Johnson is facing new calls to resign. The Supreme Court ruled Parliament is not in fact suspended — because Johnson's advice to the queen was unlawful. 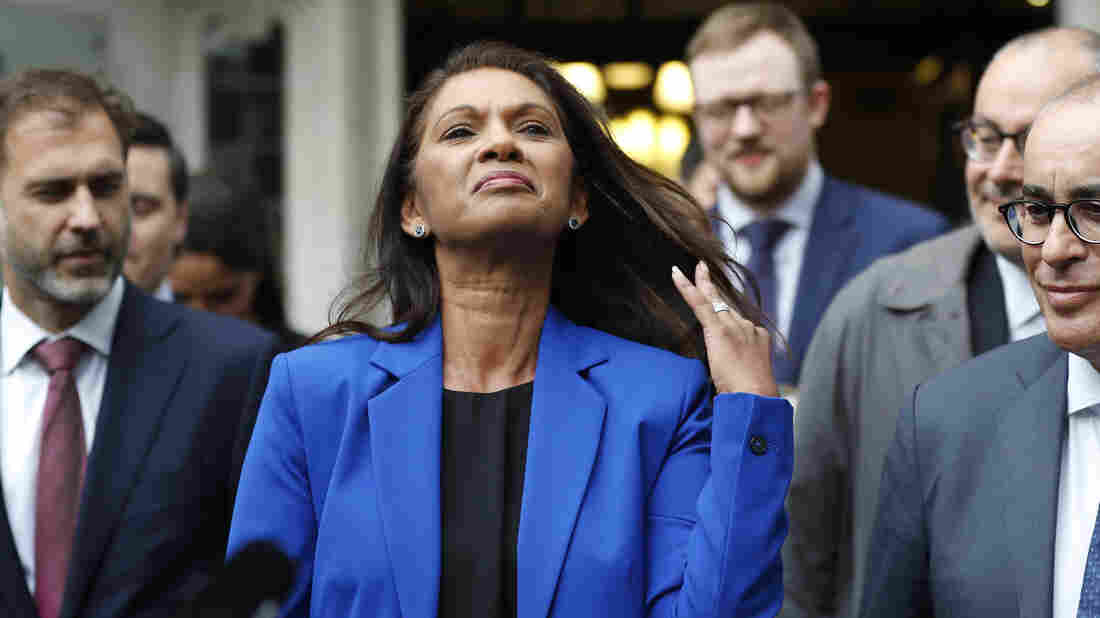 Anti-Brexit campaigner Gina Miller won her case against Prime Minister Boris Johnson, one of two actions that targeted his advice to the queen to prorogue Parliament. Miller is seen here outside the Supreme Court in London after the ruling was announced. Frank Augstein/AP hide caption 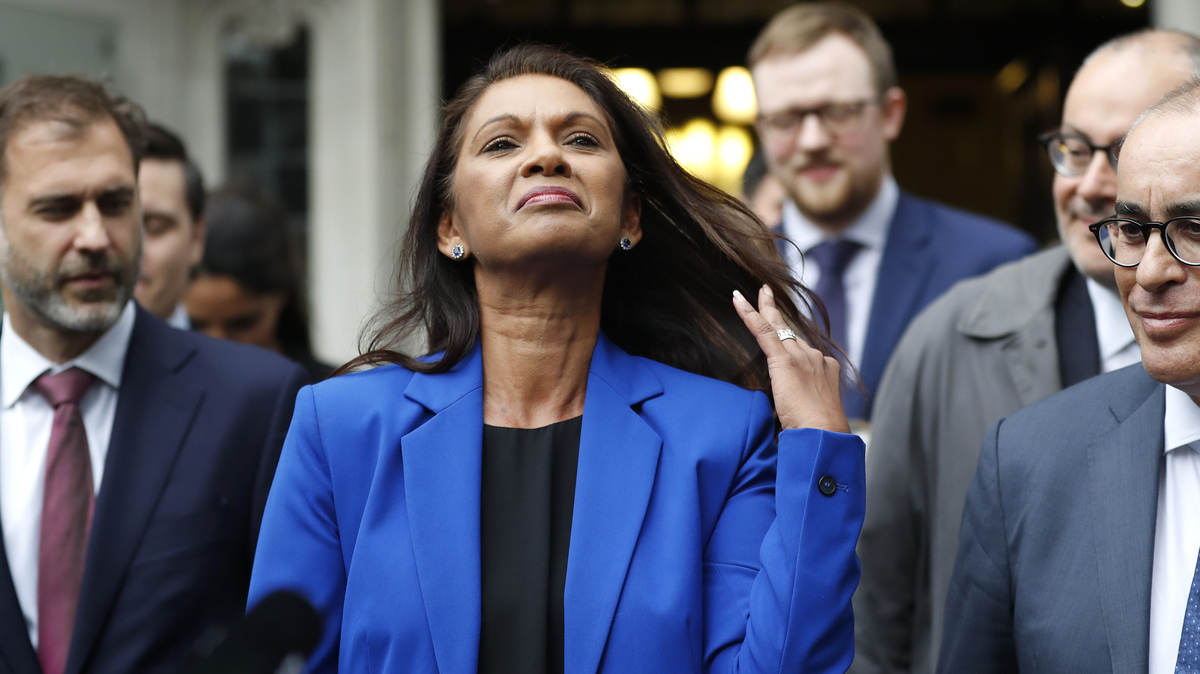 Anti-Brexit campaigner Gina Miller won her case against Prime Minister Boris Johnson, one of two actions that targeted his advice to the queen to prorogue Parliament. Miller is seen here outside the Supreme Court in London after the ruling was announced.

The U.K. Supreme Court has ruled unanimously that the suspension of Parliament that was recently orchestrated by Prime Minister Boris Johnson was illegal. In light of the decision, the House of Commons will convene on Wednesday, Speaker John Bercow says.

Speaking to journalists outside of Parliament after the ruling, Bercow said the court's ruling was "explicit" and clear. He was careful to say there will not be a "recall" of lawmakers, but instead a resumption of the session — because the court had entirely nullified the suspension.

Reading the decision of the court, Senior Judge Brenda Hale said the suspension "was unlawful because it had the effect of frustrating or preventing the ability of Parliament to carry out its constitutional functions without reasonable justification."

Lady Hale's summary of the ruling said the order to prorogue Parliament is "unlawful, void and of no effect and should be quashed."

Jeremy Corbyn, who leads the opposition Labour Party, said the ruling "demonstrates a contempt for democracy and an abuse of power" by Johnson. Corbyn joined others in calling for Johnson to resign.

"I invite Boris Johnson, in the historic words, to 'consider his position,' Corbyn said, addressing an exultant crowd at his party's annual conference. He added that Johnson should "become the shortest-serving prime minister there's ever been."

In late August, Johnson asked Queen Elizabeth II to suspend Parliament for five weeks, meaning it would reconvene just weeks before Britain's scheduled departure from the European Union on Oct. 31. The move was widely seen as a ploy to make it difficult for Parliament to block Johnson's desire for a "no deal" Brexit. 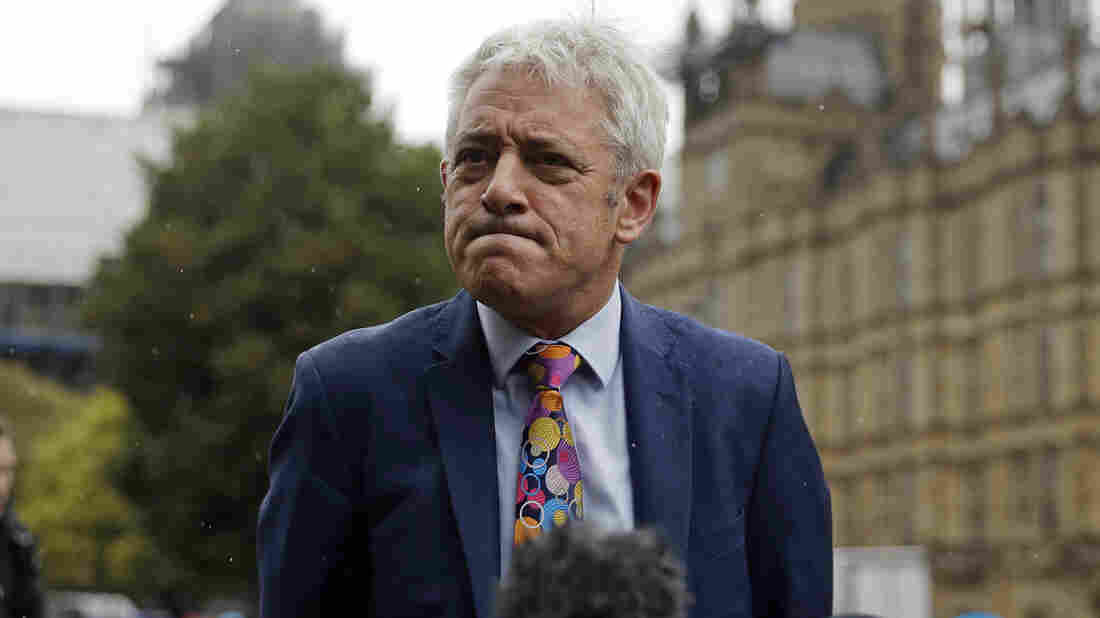 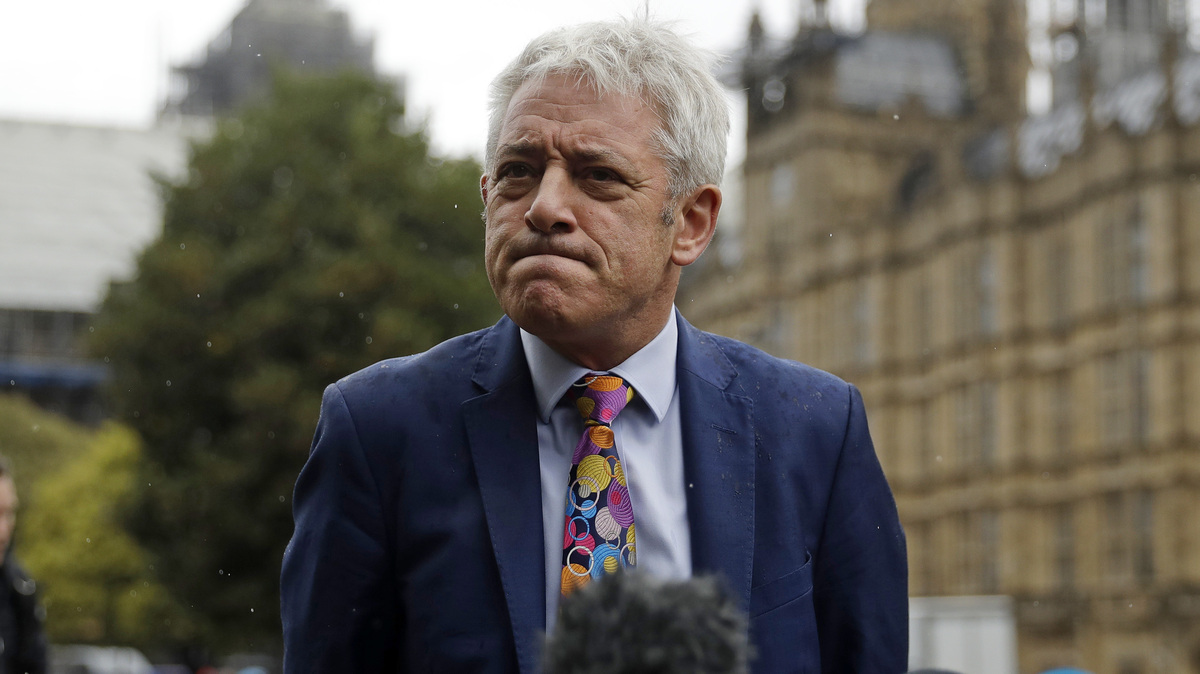 Speaker of the House of Commons John Bercow says lawmakers will meet on Wednesday, after Britain's Supreme Court voided the suspension of Parliament.

The U.K. Supreme Court was ruling on two competing appeals — one by businesswoman and anti-Brexit activist Gina Miller, whose initial claim of unlawfulness was rejected by the High Court of England and Wales; and another by Johnson's government, which lost a case filed by Member of Parliament Joanna Cherry and other lawmakers in Scotland's Court of Session.

In a statement about the ruling, Miller said that it "confirms that we are a nation governed by the rule of law — laws that everyone, even the Prime Minister, are subject to." She added, "This was a breach of the central constitutional principle of Parliamentary Sovereignty to gain political advantage."

Cherry said she is "absolutely delighted" by the finding in her favor, calling it "a huge victory for the rule of law."

And with Johnson now adding a rebuke from the U.K.'s highest court to his string of failed votes in Parliament, Cherry said outside of the court building, "His position is untenable, and he should have the guts, for once, to do the decent thing and resign."

Delighted that @UKSupremeCourt have followed Scottish court & found that @BorisJohnson acted unlawfully in #Prorogation of U.K. parliament. We must resume immediately & he must resign #Cherrycase #Brexit #StopTheCoup

Siding with both women and against Johnson's government, the high court said the prime minister's "decision to advise Her Majesty to prorogue Parliament was unlawful because it had the effect of frustrating or preventing the ability of Parliament to carry out its constitutional functions without reasonable justification."

The cases involved complicated legal questions, including whether advice given by the prime minister to the queen is subject to legal review — a question upon which lower courts had disagreed. The U.K. Supreme Court, citing a precedent from 1611, said that such advice is within its supervisory jurisdiction.

But the justices also acknowledge that today's ruling may not set a new precedent, due to the extraordinary dynamics that currently shape British politics. As Lady Hale said in her summary, "The question arises in circumstances which have never arisen before and are unlikely to arise again. It is a 'one-off.' "

Even before Johnson took office in July, there had been discussions within his Conservative Party about proroguing Parliament as a way to get around the Brexit impasse.

Johnson had initially attempted to justify the suspension by saying it was necessary to give him time to shape policies for his new government, and that it was customary before a speech from the queen — an address he scheduled for Oct. 14.

But the Supreme Court said, "This was not a normal prorogation in the run-up to a Queen's Speech."

The justices ruled that the suspension had been imposed upon Parliament by outside forces, and that it had halted lawmakers' essential business, preventing them from questioning officials and debating the government's policies.

Detailing the court's complete rejection of the prime minister's rationale, Lady Hale said that essentially, the justices were erasing Johnson's move entirely: "This means that when the Royal Commissioners walked into the House of Lords it was as if they walked in with a blank sheet of paper. The prorogation was also void and of no effect. Parliament has not been prorogued. This is the unanimous judgment of all 11 Justices."

Shortly after lawmakers returned from their summer recess — and days before the now-nullified suspension began — Parliament approved a bill that would prevent Johnson from pulling out of the EU without a deal. That bill, which became law on Sept. 9, also compels Johnson to seek an extension until next year if Parliament doesn't OK a no-deal exit.

The House of Commons will convent on Wednesday at 11:30 a.m. local time. While there will be no official Prime Minister's Questions session, the house announced, "Ministerial statements, and applications for urgent questions and emergency debates will be allowed."