Accessibility links
Spain's Supreme Court Rules Dictator's Remains Can Be Moved From Mausoleum Spain's high court handed a victory to the ruling Socialist party, which has been pushing for the fascist leader to be moved from from the Valley of the Fallen near Madrid. 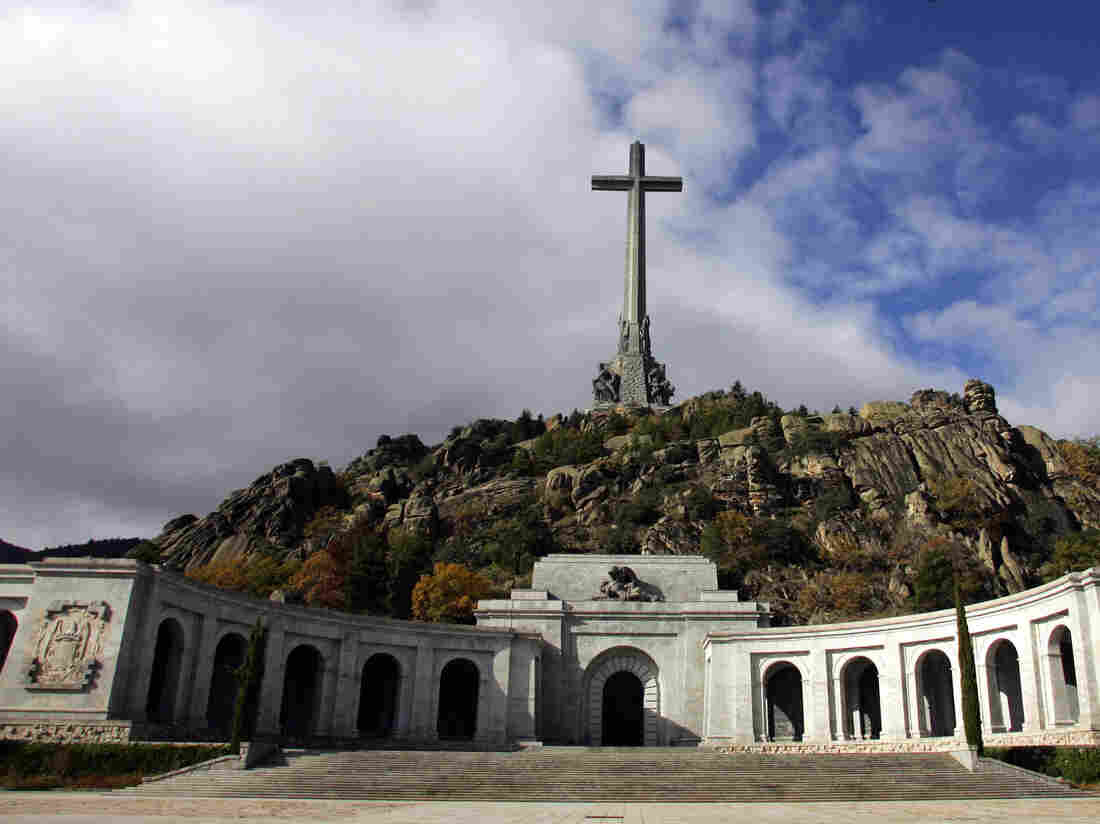 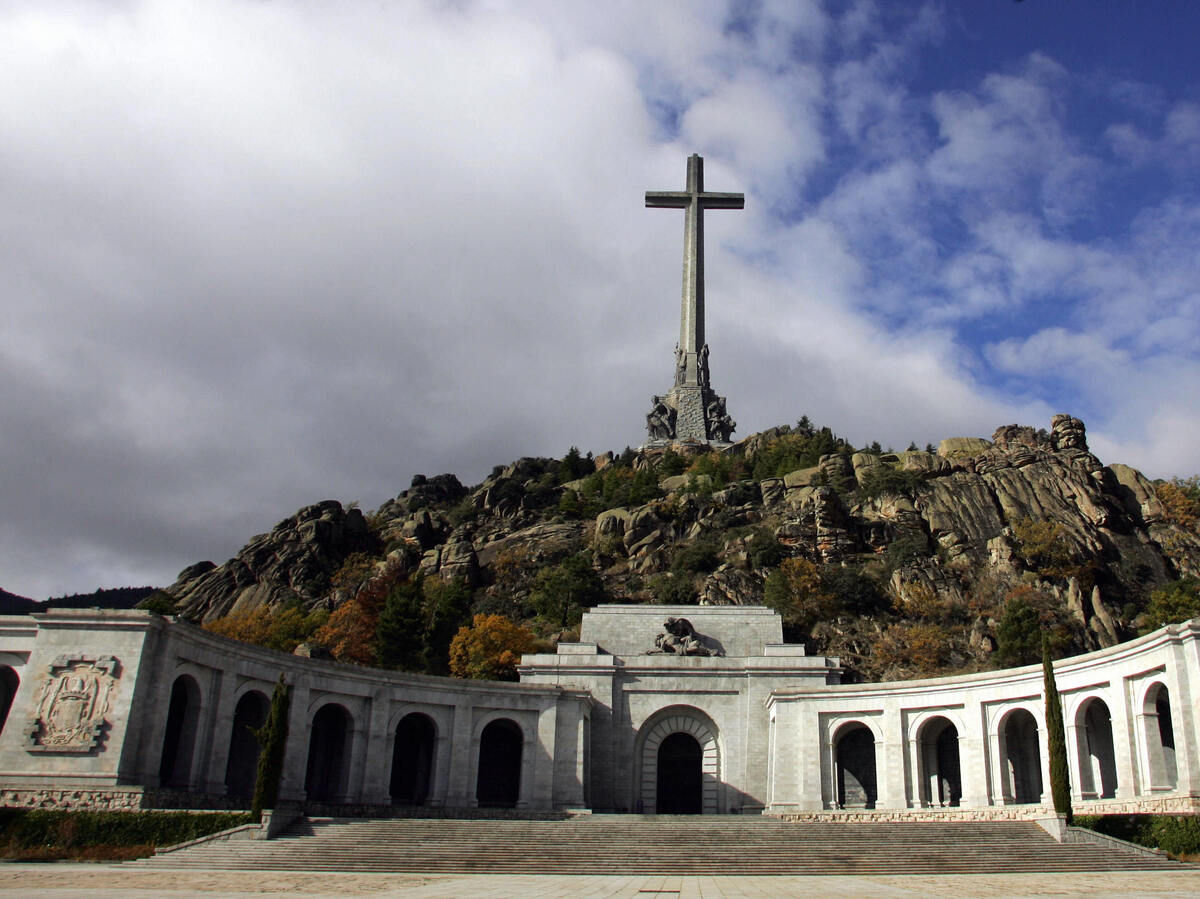 The Valley of the Fallen, outside Madrid, includes Gen. Francisco Franco's tomb.

The Supreme Court in Spain has waded into a decades-long controversy by ruling unanimously on Tuesday that the government can, against family wishes, exhume the remains of former dictator Gen. Francisco Franco from a towering monument outside of Madrid.

Critics say keeping the leader's remains at the massive mausoleum glorifies Franco's fascist regime. Detractors of the decision argue that moving his remains only opens old wounds that never fully healed after the Spanish Civil War ended in 1939.

Spain's high court rejected an effort by the Franco family to block moving the remains from the Valley of the Fallen, located in Sierra de Guadarram, a little more than an hour northwest of Madrid. The dictator's remains have been interred there since he died 1975.

The issue of Franco's burial site remains deeply divisive in Spain, some 80 years after the end of the country's bloody civil war and the defeat of the Second Spanish Republic by forces led by Franco.

The ruling by the six-judge panel handed a major victory to the Spanish Socialist Workers' Party, which has made moving Franco's remains to a municipal cemetery one of its top priorities since it came to power last summer. The party had been part of the Republican government ousted by the fascists when the civil war came to an end.

In a tweet, Spanish Prime Minister Pedro Sánchez praised the ruling, saying it would help "to repair the suffering of the victims of Franco." 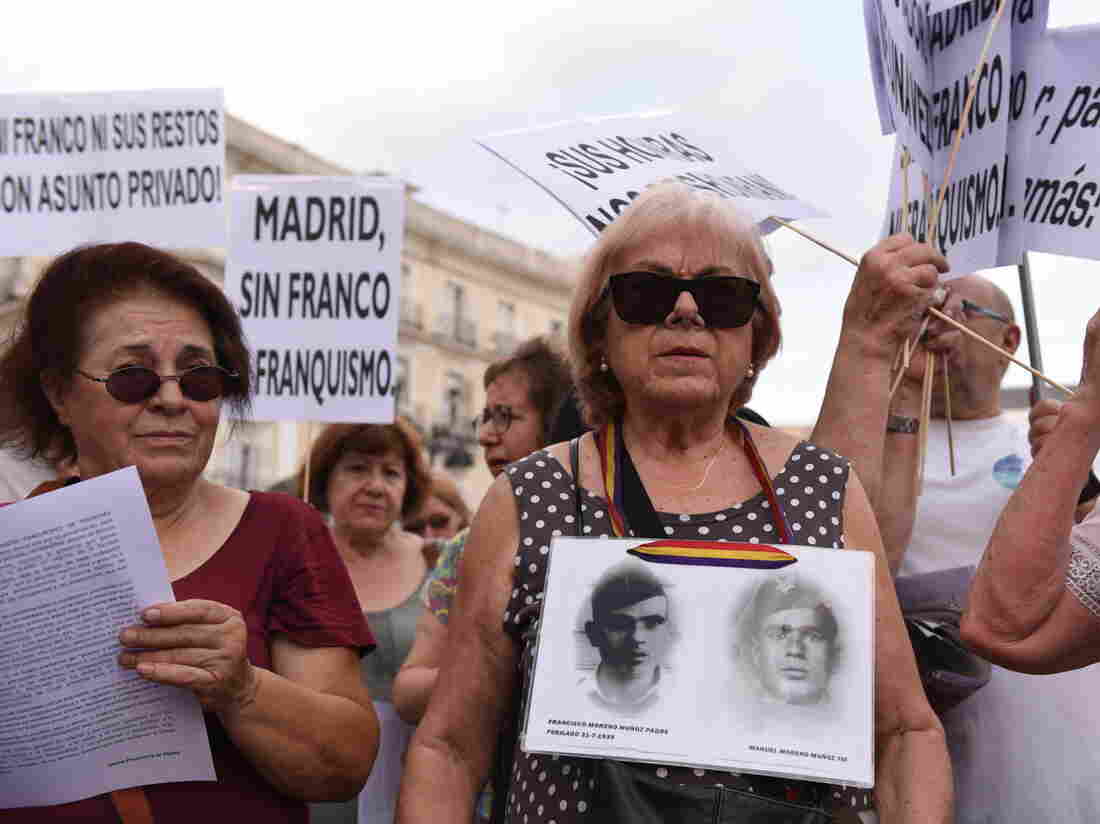 A protester holds pictures of people who went missing during the Spanish dictatorship of Francisco Franco from 1936-1975. Protesters in Madrid this summer demand the exhumation of Franco from Valley of the Fallen. SOPA Images/SOPA Images/LightRocket via Gett hide caption 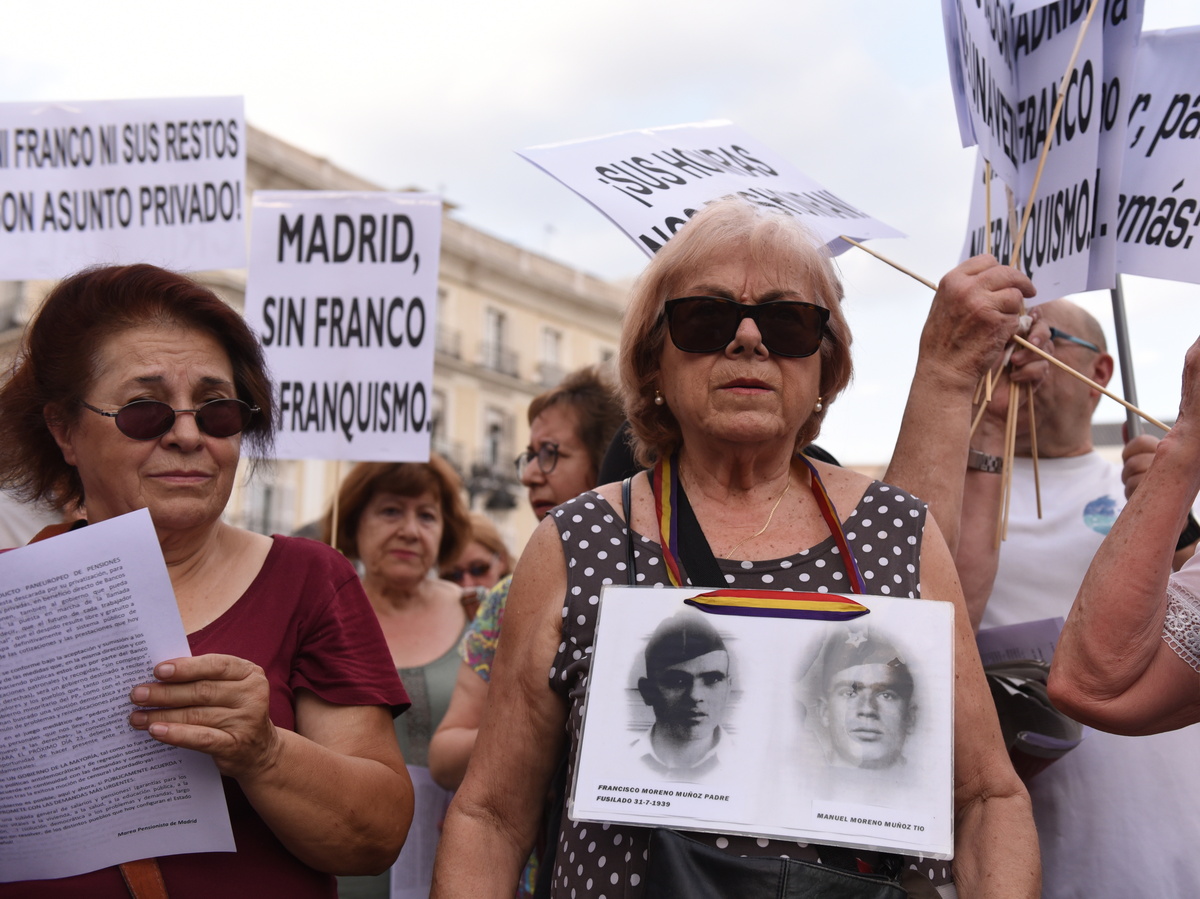 A protester holds pictures of people who went missing during the Spanish dictatorship of Francisco Franco from 1936-1975. Protesters in Madrid this summer demand the exhumation of Franco from Valley of the Fallen.

As NPR reported last year, "the site is controversial, seen by many as a monument to fascism. Franco's 36-year reign ... was notorious for the imprisonment, torture and killing of those who spoke out against his regime."

Sánchez and his allies, "spent huge amounts of time and effort to make the exhumation a reality," according to the Spanish newspaper El País. But those efforts were repeatedly stifled by court challenges.

Spanish officials had settled on June 10 as the day to begin exhumation, but the Supreme Court froze those plans until it ruled definitively on the matter.

Lawyer Luis Felipe Utrera said the dictator's relatives hope to go to the country's Constitutional Court and the European Court of Human Rights.

"The government is prohibiting a family from burying one of their own where they deem convenient," Utrera told Spanish public broadcaster TVE, according to AP.

Getting Franco's body moved expeditiously is of great importance for the Sánchez' government, which wants to have the remains moved before general elections on Nov. 10.

Socialists in Spain have long pushed to have the Valley of the Fallen refashioned into a memorial for the roughly half a million people who died during the civil war.

As the Guardian reports some 34,000 dead are buried there "including many for the losing republican side and whose bodies were transferred to the site during Franco's dictatorship without the permission of families."

Experts, according to the AP, estimate some 114,000 bodies from the Spanish Civil War are buried in 2,500 mass graves across Spain, the majority of which are unmarked.