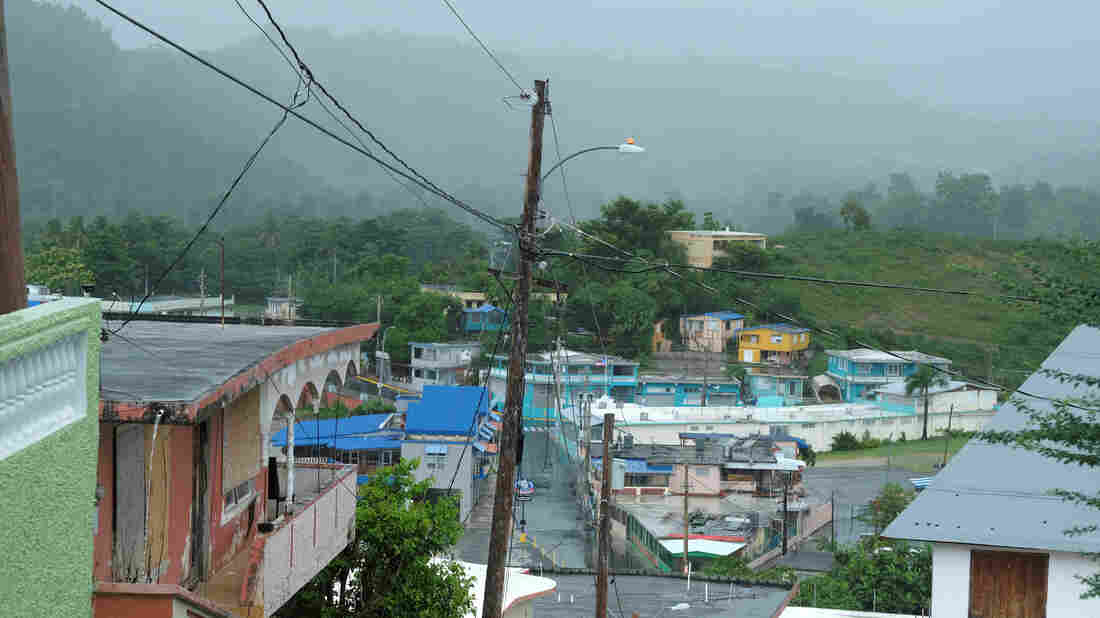 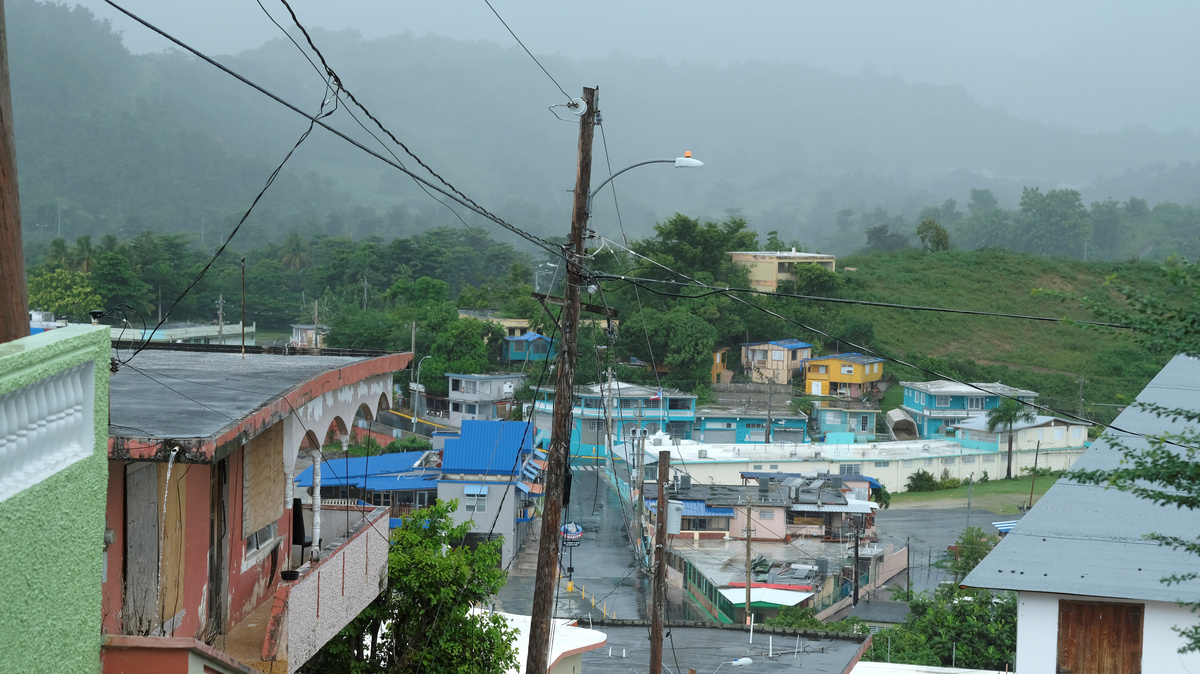 Houses from a seaside neighborhood are seen as Tropical Storm Karen approaches.

The storm will continue to lash the area overnight and "move over the western Atlantic later tonight and Wednesday," according to the National Hurricane Center.

Karen is expected to produce 3 to 6 inches of rain through Wednesday. The National Weather Service has issued a flash flood warning in several areas in response to the large amount of rain.

Residents have been advised to be wary of strong winds and waterspouts.

According to the NHC's 11:00 p.m. advisory, Karen is located 85 miles northeast of San Juan and 50 miles north of St. Thomas, moving north-northeast at 14 mph.

Karen is one of three active tropical storms in the Atlantic. Experts are watching Tropical Storm Lorenzo, which is forecast to become a hurricane Tuesday night or Wednesday. The NHC has not posted any coastal watches or warnings. The storm is about 545 miles west of the southernmost Cabo Verde Islands, with 70 mph winds.

There is also Tropical Storm Jerry, which is forecast to pass near Bermuda early Wednesday, according to the NHC. Jerry is expected to bring 1 to 2 inches of rain, along with heavy waves.

"Swells generated by Jerry will continue to affect Bermuda during the next few days. These swells are likely to cause life-threatening surf and rip current conditions, the NHC said.

In a noon news conference, government officials from Puerto Rico offered further details on the passage of Karen.

Ernesto Morales with the National Weather Service San Juan stated that 10-foot waves on the southern coast would "aggravate the erosion situation."

Officials also urged people with vulnerable roofs to go to storm shelters. According to a tweet sent by the governor's office, there are 67 open shelters.

The tropical storm came ashore in Puerto Rico a day after a magnitude 6.0 earthquake struck nearly 50 miles from the island's shoreline. The U.S. Tsunami Warning Center did not issue any tsunami advisories.

The latest storm comes as Puerto Rico is still recovering from Hurricane Maria, which hit the island two years ago. The local government estimates that about 30,000 families are living under blue plastic tarps, a symbol of post-hurricane construction.