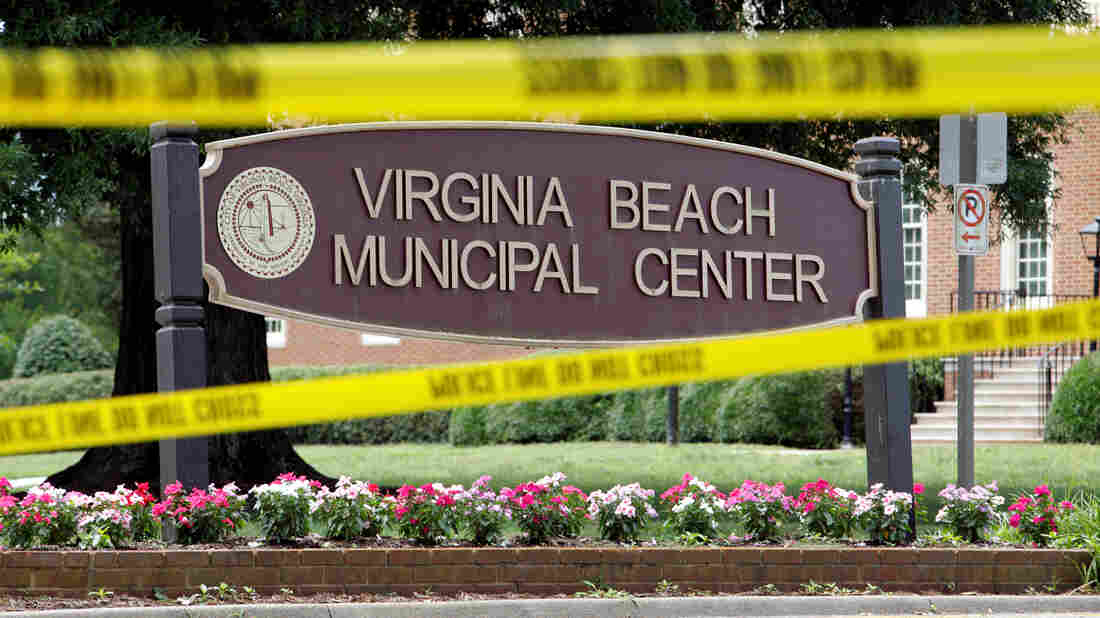 Police tape frames a sign at one of the entrances to the municipal government complex where a dozen people were shot to death earlier this year in Virginia Beach, Va. Jonathan Drake/Reuters hide caption 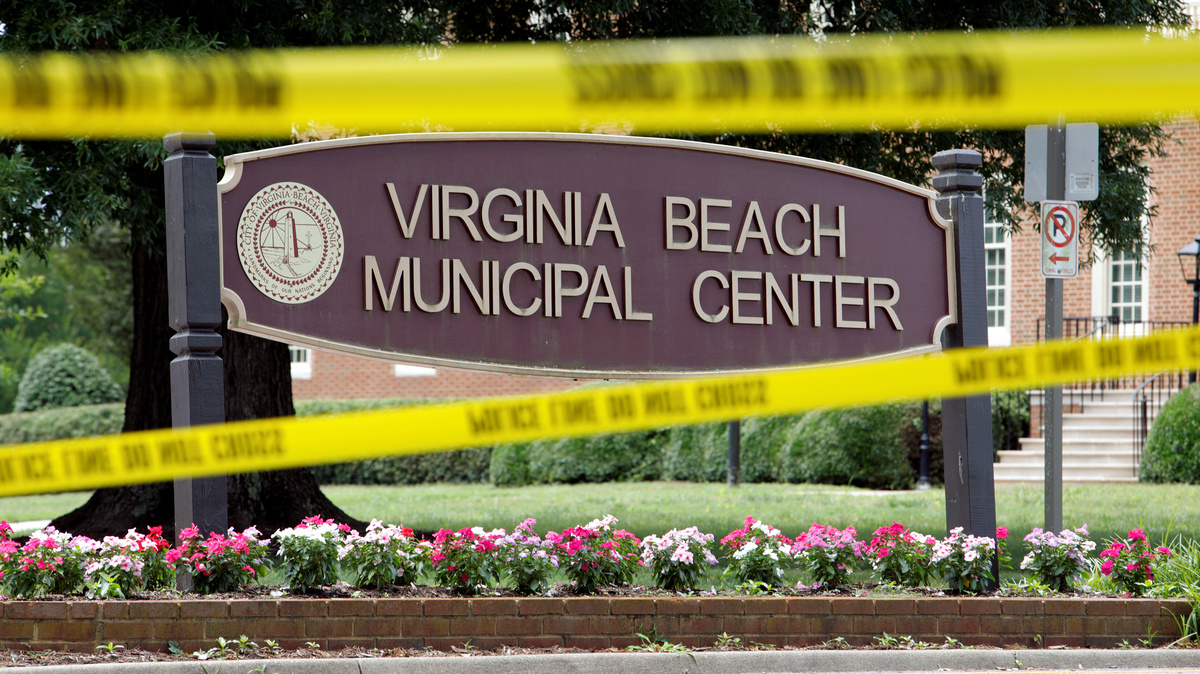 Police tape frames a sign at one of the entrances to the municipal government complex where a dozen people were shot to death earlier this year in Virginia Beach, Va.

Investigators are looking into whether a hostile work environment existed – particularly for African American employees – at the City of Virginia Beach leading up to a deadly mass shooting on city property earlier this year.

They also want to know whether such an environment might have contributed to the shooting that killed a dozen victims at the Virginia Beach Municipal Center on May 31, according to a report presented to city council members on Tuesday night. The meeting was held at the same complex of buildings where the shooting took place.

The shooter, a public utilities engineer, was African American, and both black and white colleagues were among his victims.

Arnette Heintze, CEO of the security risk management firm Hillard Heintze, told council members that reports of a hostile work environment are a key focus of his firm's independent investigation into the shooting.

Virginia Beach Police Chief Jim Cervera opens his remarks to the city council with a photo of the victims of the May 31 shooting. Police are conducting their own separate, ongoing investigation. 6/ pic.twitter.com/EEAr5LZ6ge

Investigators also heard general reports of a "challenging and difficult work environment" created by managers at the city, Heintze said.

So far a separate, official police investigation is yielding few details about what might have motivated the May 31 shooter, who had just resigned from his position with the city on the day he took the lives of 11 coworkers and one contractor, and injured four others.

Gallagher said police have found no social media accounts, no manifesto, and no personal emails or documents that could shed light on a possible motive. Police also have looked at the shooter's financial, medical and mental health history and found no concerns, he said.

The shooter's employment record showed no history of "threatening encounters" between the him and his colleagues, Gallagher said.

"He was actually described by many that we interviewed as 'quiet,' 'polite,' 'nice guy,' and 'a good listener,'" he said.

Gallagher said the shooter killed both people he knew and people he did not know, and noted that his victims were racially diverse and included both men and women.

"We are 116 days into this investigation," he said. "Each and every one of those days we have asked the question, 'Why? Why did this suspect do what he did?' We are still looking to determine a motive."

Virginia Beach police are working with FBI behavioral analysis experts to assist with the search for a possible motive. Gallagher said he does not expect police to complete their report for another six to nine months.

Several family members of victims attended, including Denise Smallwood, whose twin brother Joshua Hardy, an engineering technician, was among those killed. Smallwood, who is African American, said "of course" there was a hostile environment for black employees at the city. She said her brother had described a "good old boy system" at the city soon after he was hired.

"Let's not forget, [hostile environments] are created by people in charge, people in high positions, and it trickles down," Smallwood said. "It's been going on for years, and it took this to happen for them to wake up and do something about it."

After the meeting, Virginia Beach Mayor Bobby Dyer declined to comment while the investigations are underway.