Accessibility links
Who Are 2019's MacArthur 'Genius' Grant Winners? Here's The Full List Of Fellows As usual, the more than two dozen winners in 2019 span a range of fields, from fiction and cartoons to neuroscience and theoretical geophysics. Now they've got one important accolade in common.

Recipients of the 2019 MacArthur fellowships, otherwise known as the "genius" grants. (Two of this year's fellows declined photographs.)

Twenty-six creators and thinkers drawn from a vast array of fields just got a big financial boost — and an even bigger name to add to their résumés. The John D. and Catherine T. MacArthur Foundation unveiled the winners of this year's MacArthur fellowships — often better known as the "genius" grants — recognizing the host of artists and scholars for their creativity and potential.

"From addressing the consequences of climate change to furthering our understanding of human behavior to fusing forms of artistic expression, this year's 26 extraordinary MacArthur Fellows demonstrate the power of individual creativity to reframe old problems, spur reflection, create new knowledge, and better the world for everyone," the foundation's president, John Palfrey, said in a statement released Wednesday.

"They give us reason for hope," he added, "and they inspire us all to follow our own creative instincts."

Along with inclusion on an illustrious list of past fellows — more than 1,000 in all, since the program's first class in 1981 — each of this year's grantees gets a $625,000 stipend, meted out in quarterly installments over five years with no strings attached.

The idea is simple: Unlike, say, a professional athlete or tech entrepreneur, excellence in a field such as philosophy or geophysics doesn't exactly pay big bucks. But achievements in any field often require money anyway, whether that may be for materials or simply the free time and ease of mind that come with financial stability. MacArthur judges hope that more than half a million dollars will help with that.

However they use it, the 26 fellows below just got a rather useful feather in their caps. Here they are — paired with NPR's previous coverage of their work, when available.

(Note: The MacArthur Foundation is among NPR's financial supporters.)

Mel Chin, 67, artist
"Harnessing the power of art to raise awareness of social concerns through a practice that defies categorization." 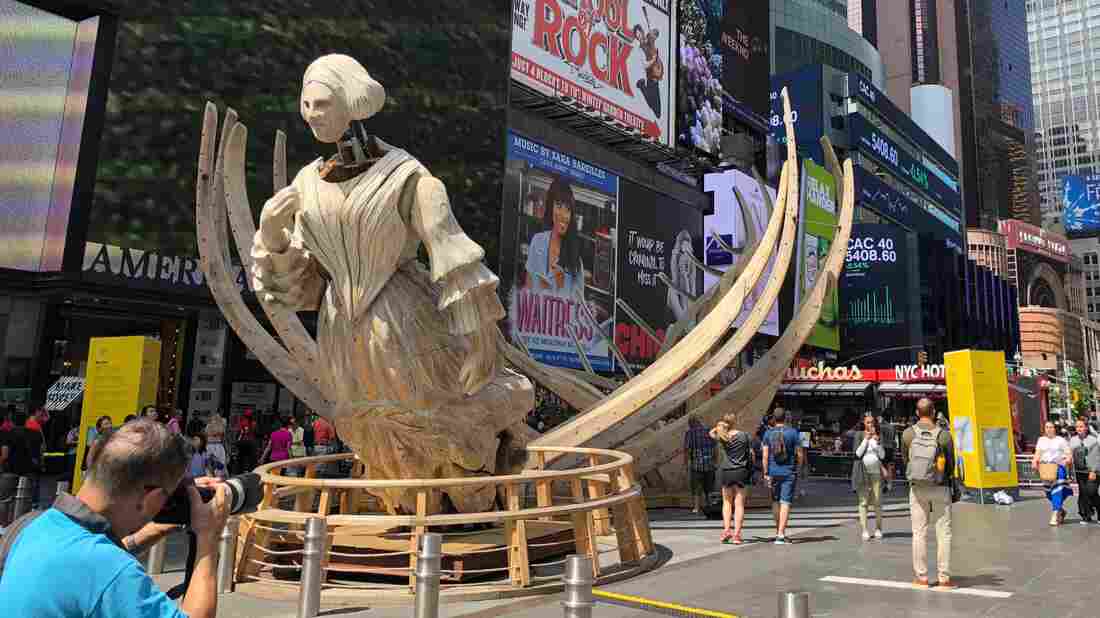 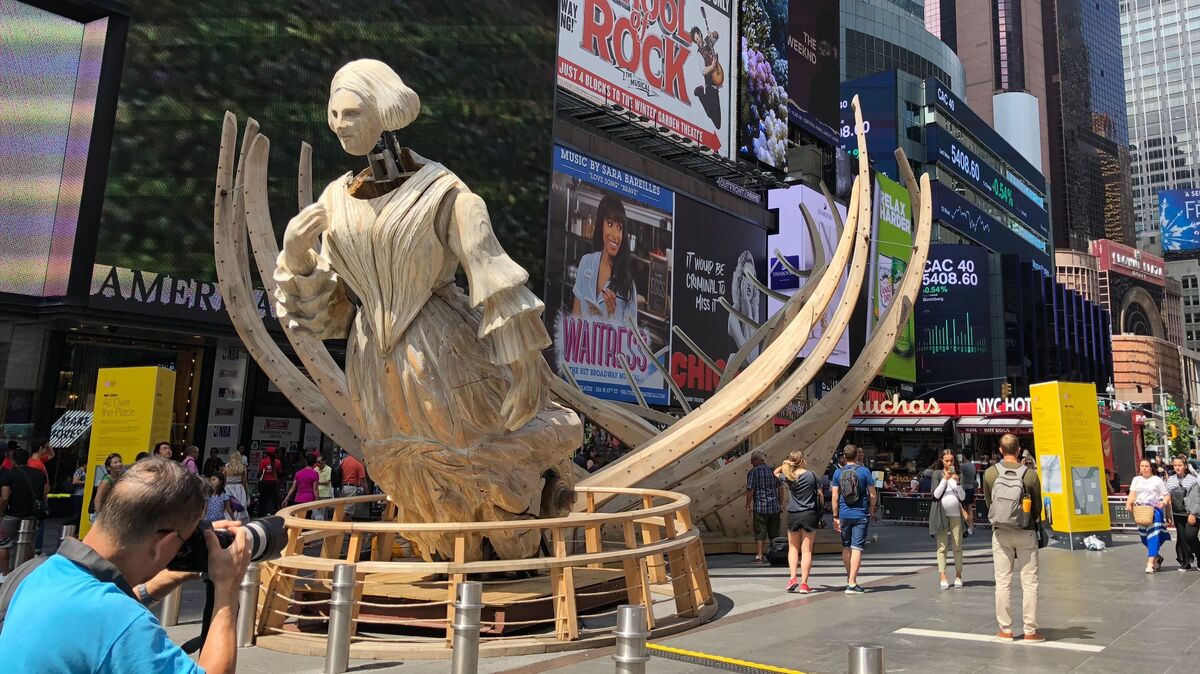 Danielle Citron, 50, legal scholar
"Addressing the scourge of cyber harassment by raising awareness of the toll it takes on victims and proposing reforms to combat the most extreme forms of online abuse."

Annie Dorsen, 45, theater artist
"Pioneering a new genre of theater that dramatizes the ways in which nonhuman intelligence is profoundly changing the nature of work, culture, and social relationships."

Andrea Dutton, 46, geochemist and paleoclimatologist
"Furthering current understanding of sea level dynamics by reconstructing the extent and rate of sea level rise in the ancient past."

Jeffrey Gibson, 47, visual artist
"Melding indigenous North American materials and forms with those of Western contemporary art to create a new hybrid visual vocabulary and prompting a shift in how Native American art is perceived and historicized." 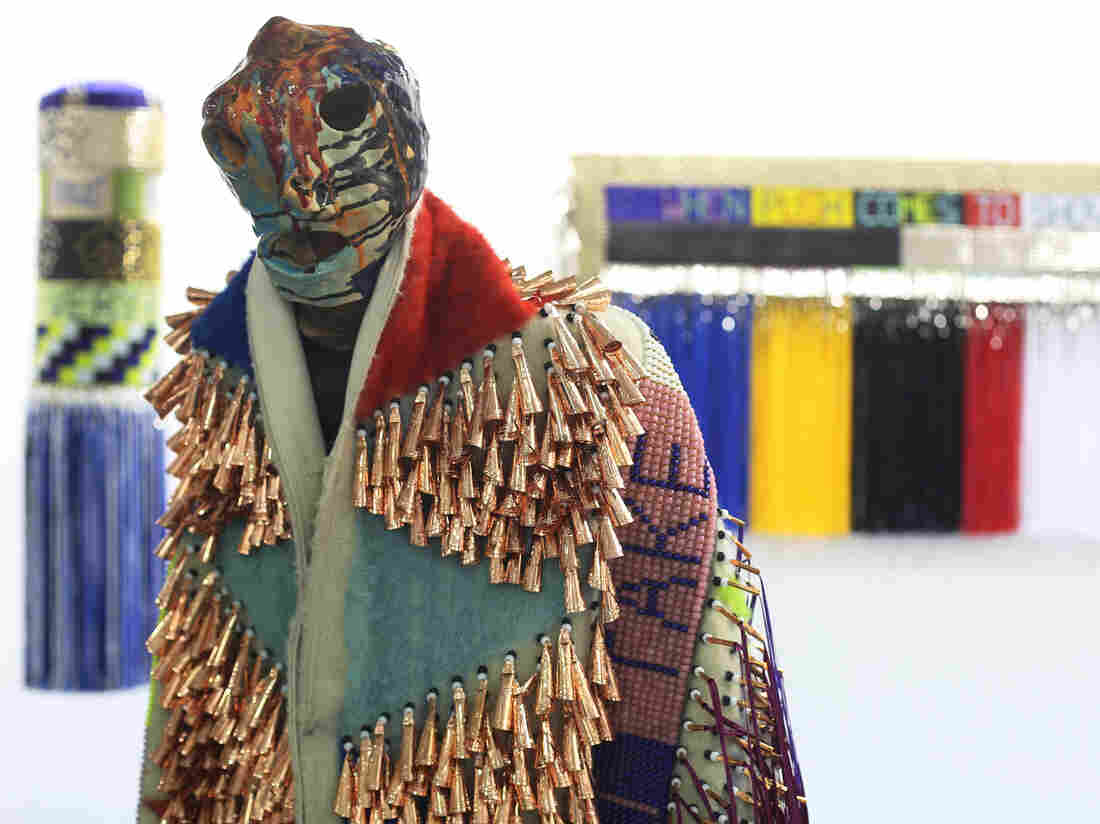 Jeffrey Gibson's project What We Want, What We Need stands on display in Hong Kong in 2015. Sam Tsang/South China Morning Post via Getty Images hide caption 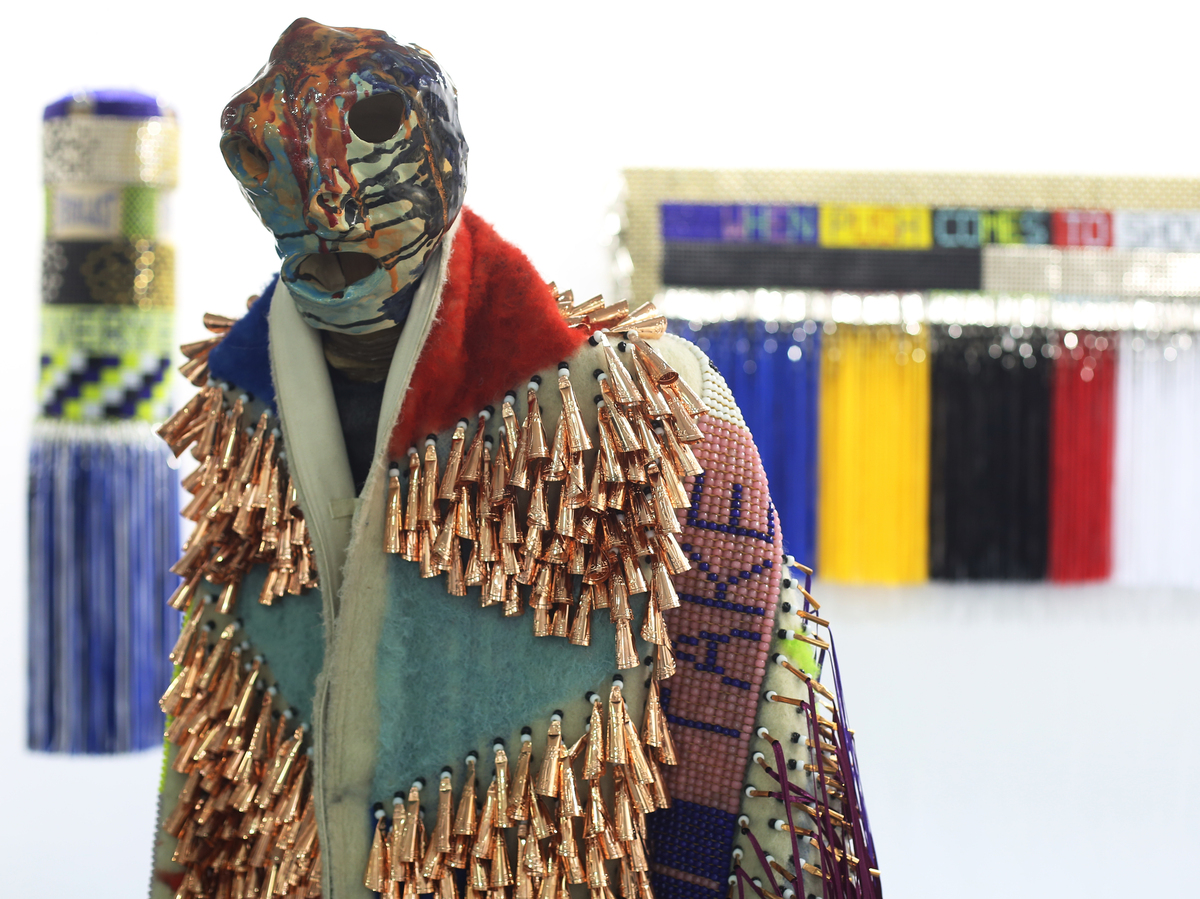 Jeffrey Gibson's project What We Want, What We Need stands on display in Hong Kong in 2015.

Mary Halvorson, 38, guitarist and composer
"Experimenting at the intersection of jazz and rock with a signature sound on her instrument and an aesthetic that evolves and surprises with each new album and configuration of bandmates."

Saidiya Hartman, 58, literary scholar and cultural historian
"Tracing the afterlife of slavery in modern American life and rescuing from oblivion stories of sparsely documented lives that have been systematically excluded from historical archives."

Valeria Luiselli, 36, writer
"Challenging conventional notions of authorship in fiction, essays, and inventive hybrids of the two that pose profound questions about the various ways we piece together stories and document the lives of others."

Kelly Lytle Hernández, 45, historian
"Challenging long-held beliefs about the origins, ideology, and evolution of incarceration and immigrant detention practices in the United States."

Sarah Michelson, 55, choreographer
"Expanding the scope of contemporary dance in works that extend and subvert classical, modern, and postmodern traditions and make evident the physical realities of dancers' performance."

Jerry X. Mitrovica, 58, theoretical geophysicist
"Revising our understanding of the dynamics and structure of Earth's interior and developing models to better predict the geometry and sources of sea level change in the modern world and the geological past."

Cameron Rowland, 30, artist
"Using physical objects and contractual relations—such as items seized in civil forfeiture or furniture made by prison labor—to make visible the mechanisms through which systemic racism is perpetuated."

Vanessa Ruta, 45, neuroscientist
"Investigating how stimuli in the physical world shape the function of neural circuits and are translated into innate and learned behaviors."

Joshua Tenenbaum, 47, cognitive scientist
"Combining computational models with behavioral experiments to shed light on human learning, reasoning, and perception, and exploring how to bring artificial intelligence closer to the capabilities of human thinking."

Ocean Vuong, 30, poet and fiction writer
"Marrying folkloric traditions with linguistic experimentation in works that explore the effects of intergenerational trauma, the refugee experience, and the complexities of identity and desire with eloquence and clarity."

Emily Wilson, 47, classicist and translator
"Bringing classical literature to new audiences in works that convey ancient texts' relevance to our time and highlight the assumptions about social relations that underlie translation decisions."