'The Shadow King' Is A Gorgeous Meditation On Memory, War And Violence

'The Shadow King' Is A Gorgeous Meditation On Memory, War And Violence 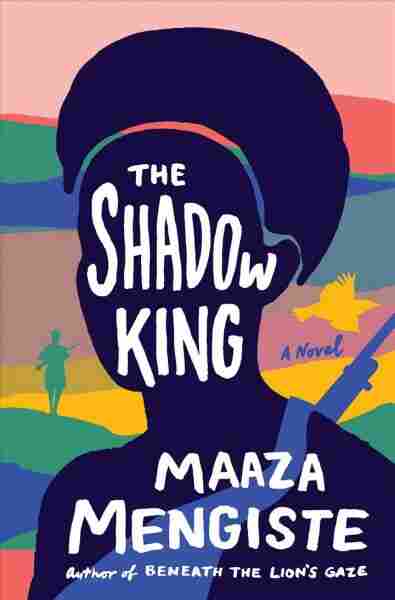 Maaza Mengiste's The Shadow King opens with a woman, Hirut, sitting on the floor of a train station in the Ethiopian city of Addis Ababa, holding an old metal box. She's traveled here, the reader is told, "to rid herself of the horror that staggers back unbidden. She has come to give up the ghosts and drive them away." She's awaiting the box's owner, an Italian photographer she hasn't seen in decades. "It has taken so long to get here," Mengiste writes. "It has taken almost forty years of another life to begin to remember who she had once been."

The importance of memory — of those that came before us, and of things we'd rather forget — is at the heart of The Shadow King, the second novel from Ethiopian American author Mengiste. It's a sprawling, unforgettable epic from an immensely talented author who's unafraid to take risks.

While the novel begins and ends at the train station in 1974, the vast majority of the book takes place in the 1930s, just before and during the Second Italo-Ethiopian War. The reader is introduced to a young Hirut, orphaned as a child, and now living with Kidane and Aster, a couple who knew her parents. Hirut is a servant, living in a room that "is less than a box, it is an airless hole enclosed in mud and straw and dung."

Kidane is fond of Hirut, but Aster, still grieving the recent death of her own child, resents her, jealous of the attention the girl receives from Kidane. The dynamic doesn't change too much when the Italians invade Ethiopia, and Kidane starts to recruit an ad hoc army to defend his home country. Kidane, Aster and Hirut are forced to abandon the property, with Kidane leading his troops and Aster and Hirut following behind, tasked with taking care of wounded soldiers.

'Fly, Already' Doesn't Quite Get Airborne

Hirut and Aster both long to fight alongside the men, but Kidane objects, and when Hirut takes a rifle, he viciously sexually assaults her as punishment. "There is no escape," Hirut realizes. "There is no way out except through battle. There is no other choice but to be a soldier, to take her [rifle], point it at the enemy, and hope for the mercy of her own death." Kidane eventually agrees to let her serve as the guard for a "shadow king," a peasant who pretends to be Ethiopian Emperor Haile Selassie in order to rally the dispirited soldiers. (The real Selassie is in reluctant exile in England.)

The chapters following Hirut are interspersed with ones featuring Carlo Fucelli, a sadistic Italian colonel, and Ettore Navarra, an army photographer worried about the fate of his Jewish parents back in Italy. Fucelli orders the construction of a prison that's essentially a temporary home for captured Ethiopian soldiers; Navarra is given the job of photographing the prisoners as they're thrown off a cliff to their deaths: "They spill over the edge as if gliding underwater, drowning and surging up for air, spinning between a rapturous dream and a paralyzing nightmare: ghastly shapes of unspeakable words: dark marks against the sky."

Hirut and Navarra eventually cross paths during the war, which leads to their emotional reunion at the book's end. It's a stunningly powerful moment, and Mengiste renders it with real honesty ⁠— there's no melodrama at all; it's a painfully human moment from which it's nearly impossible to turn away.

The star of the novel ... is Mengiste's gorgeous writing, which makes 'The Shadow King' nearly impossible to put down.

And it's rendered all the more effective by Mengiste's gift at creating memorable characters. Hirut is unforgettable; the girl is resilient but not superhuman, vulnerable but determined not to think of herself as a victim: "She is Hirut, daughter of Fasil and Getey, feared guard of the Shadow King," Mengiste writes, "and she is no longer afraid of what men can do to women like her."

Also memorable is Navarra, whom Mengiste depicts as tragic and deeply flawed — he's a man who likes to think of himself as decent at heart, but perhaps realizes that he's a slave to his own moral cowardice. Trying to justify his inaction in an imaginary conversation with his father, he admits, "I am doing as I've been ordered, Father. I am the beast bound by obedience. I am the creature buoyed by calls to serve."

The star of the novel, however, is Mengiste's gorgeous writing, which makes The Shadow King nearly impossible to put down. Mengiste has a real gift for language; her writing is powerful but never florid, gripping the reader and refusing to let go. And this, combined with her excellent sense of pacing, makes the book one of the most beautiful novels of the year. It's a brave, stunning call for the world to remember all who we've lost to senseless violence: "She can hear the dead growing louder: We must be heard. We must be remembered. We must be known. We will not rest until we have been mourned."