Accessibility links
Robert Hunter, Grateful Dead Songwriter, Dead At 78 Robert Hunter was more than another gear spinning within the perpetual motion machine of the Grateful Dead — his songwriting helped define the group's narratives and bloom its philosophies. 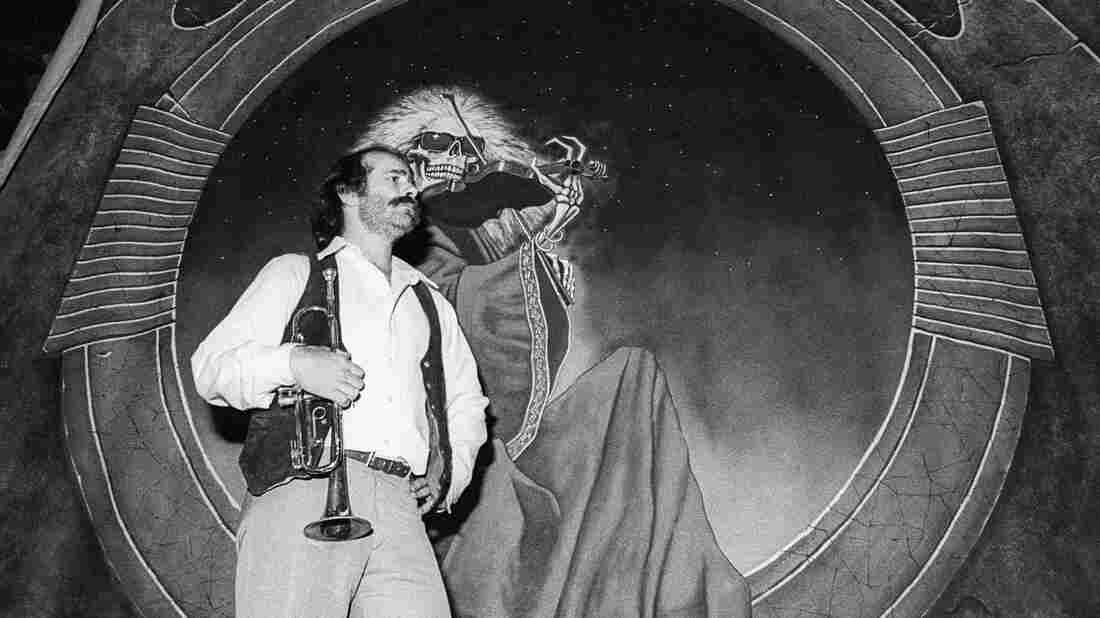 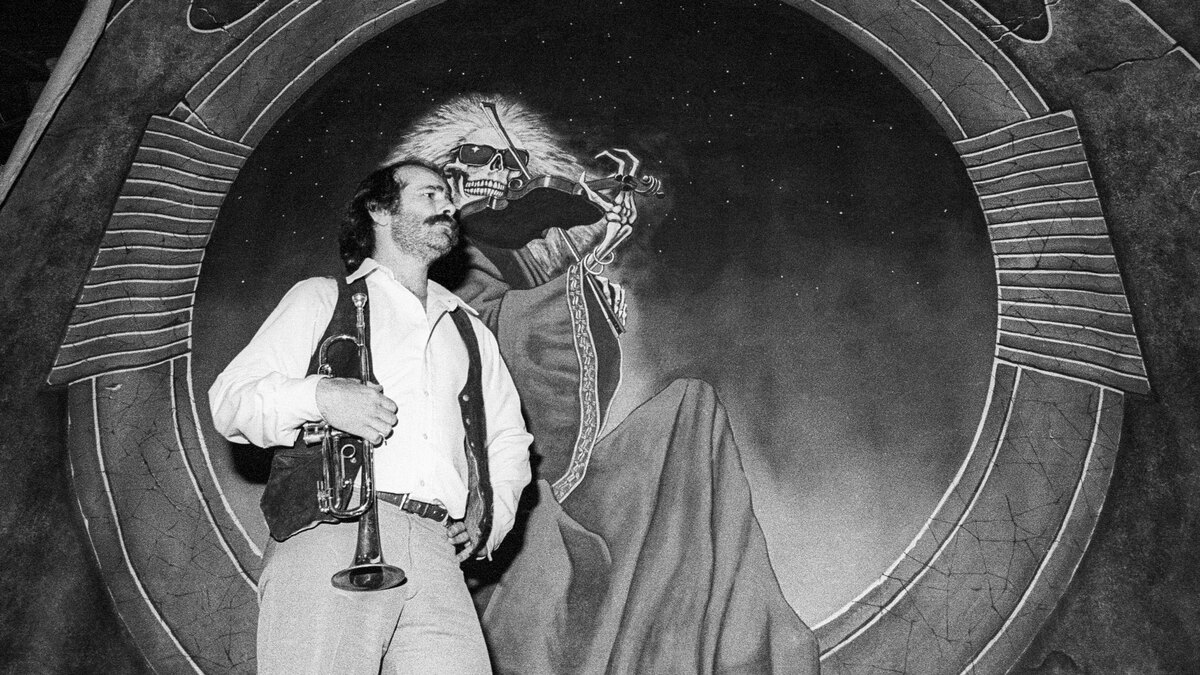 Let's get the obvious out of the way: If Grateful Dead wordsmith Robert Hunter had never written another lyric after "Truckin'," the rock radio staple off 1970's American Beauty immortalized by the refrain, "what a long strange trip it's been," chances are good that the headline writers of America would still have voted him into their hall of fame. A powerful, all-purpose line that hit the sweet spot of subversive clichés, it made speakers appear smarter than they are.

Yet Hunter, who passed away on Monday evening at the age of 78, did indeed keep writing, most often and fruitfully with his Dead songwriting partner Jerry Garcia, though also with other band members (and, in the years since Garcia's 1995 death, with the likes of Bob Dylan and Jim Lauderdale). The uncertain depth that famous line provided generations of pop-culture trainspotters — a line from a potentially typical, rock-band-on-the-road song, birthed during one of Hunter's rare and loathed accompaniments of the Dead on tour — was hardly an aberration, engaging as it did not just the weariness of the lifestyle, but of life itself. (Even as "Truckin' " acknowledges that the pedal must continue to be pressed, till it can be pressed no more.)

If the Grateful Dead's improvisational music created one framework for exploring what it means to be in a community, it was Robert Hunter's words that provided members of that community with a set of ethical guideposts on which to hang those notes upon. Or to give it, potentially, meaning — which, when mixed with psychedelics, as of course many of the members of the Dead's community did while experiencing the band over its 30-year lifespan, is not just a "strange trip" but a robust and fragmented one.

Hunter's trip was weighty long before the Dead came to life. Born Robert Burns in California, he was a Navy brat scarred by divorce who'd spent time at foster homes, before his mother's marriage to McGraw-Hill Publishing executive Norman Hunter brought stability and a literary sensibility to his life. After dropping out of the University of Connecticut, Hunter fell in with Garcia in Palo Alto in 1961, bonding over folk and bluegrass music — most prominently, Harry Smith's Anthology of American Folk Music, which Hunter would crib from for the rest of his days — and by playing together in a variety of string-band incarnations. (Their sessions as Hart Valley Drifters have been released in the past few years.)

Soon enough, they were also bonding over LSD. In 1962, Hunter was among the first of the future Grateful Dead/Merry Prankster crowd to participate in Stanford University's CIA-sponsored LSD tests, documenting them in string-of-consciousness "rhapsodies" — By my faith if this be insanity, then for the love of God permit me to be insane -- on the typewriter he'd bring along. "His ability to articulate hallucinations would serve him well," wrote Dead biographer Dennis McNally in 2002's (obviously titled) A Long, Strange Trip: The Inside History of the Grateful Dead. Around the time members of the Dead were first coming together as an electric jug-band, Hunter moved to Los Angeles, where he pursued spiritual enlightenment (including a flirtation with Scientology) and did a stint in the National Guard (which he quit after being ordered to police South Central in the wake of the Watts riots). 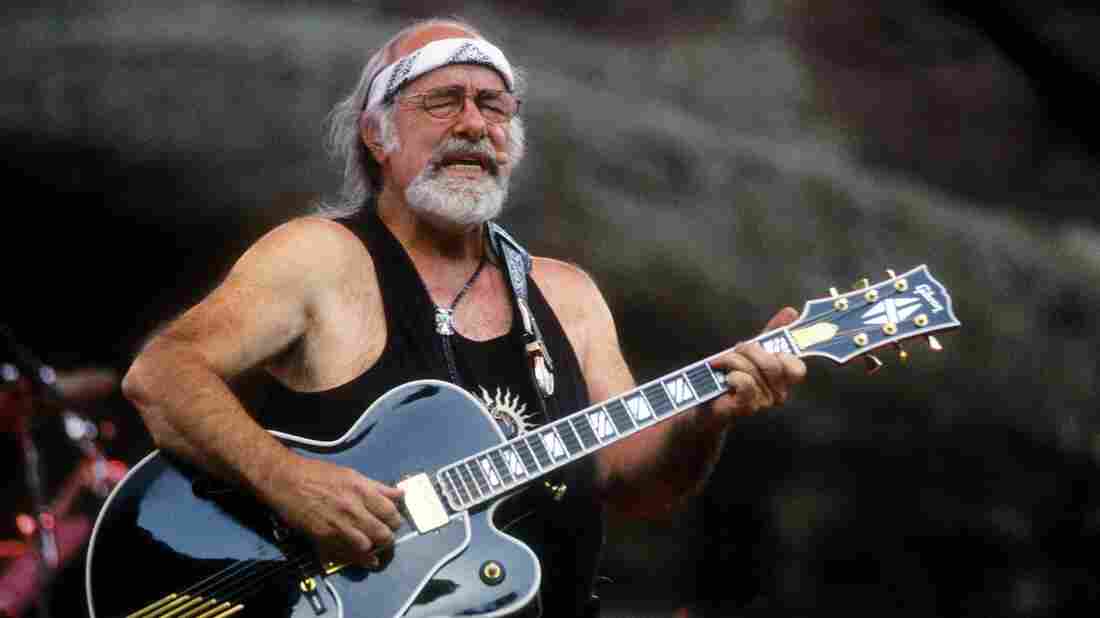 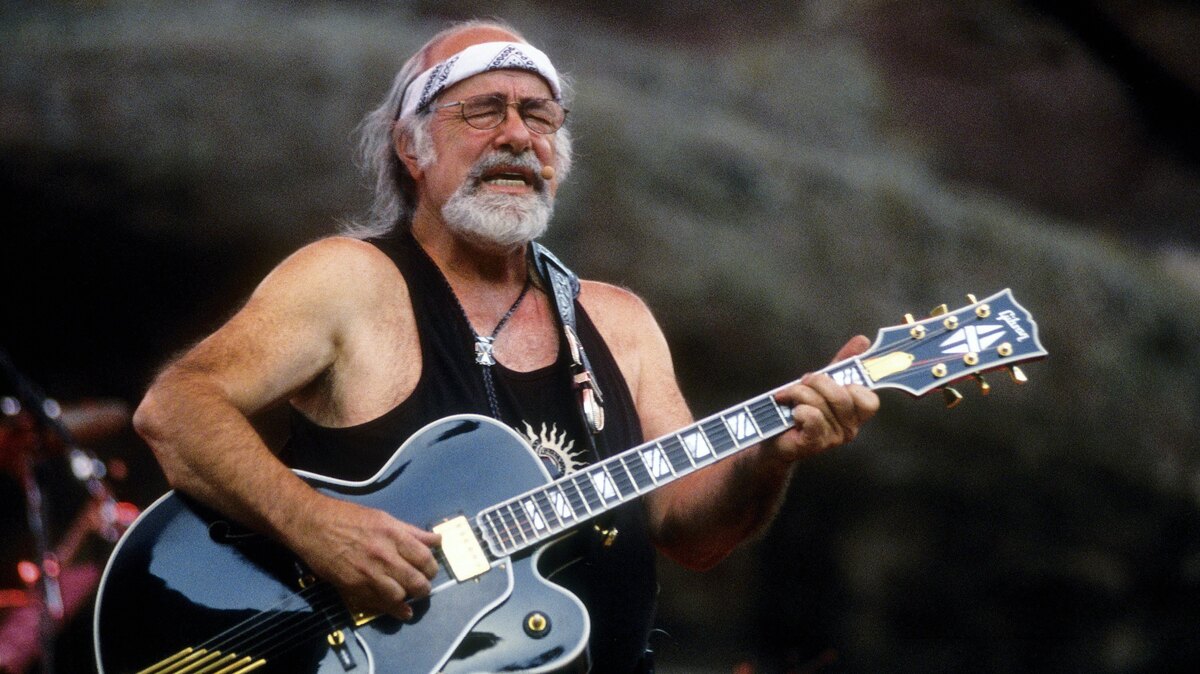 It was upon his 1967 return to the Bay Area that Hunter first began composing the lines that would become Dead classics. Many of the more famous ones reflected the mystical flavors of the time, as well as the writer's engagement with beat and modernist poetry, from the T.S. Eliot reference in the chorus of "Dark Star" ("Shall we go, you and I") to the kaleidoscopic visions that adorn every inch of "China Cat Sunflower" ("A leaf of all colors plays a golden string fiddle to a double-e waterfall over my back"). Yet, even as Hunter's words throughout Aoxomoxoa (released in June of 1969) matched Rick Griffin's incredible cover, the song "Dupree's Diamond Blues" — about a lover craving "jelly roll," robbing a jewelry store and receiving a life sentence for his trouble — took a different tack, bookending the old-timey blues tropes popular with the day's white rock musicians with philosophical point and penance. The move was prescient even in the moment. The week Aoxomoxoa dropped, the Dead was already performing as a more traditional acoustic-minded ensemble, beginning to roll out songs that would aid their transition from psychedelic volcano to Workingman's country-rock storytellers, covering George Jones and "Wabash Cannonball" months before the rainbows of Woodstock and the darkness of Altamont realigned the margins and purpose of their community. While it's impossible to gauge whether it was Hunter's reunion with Garcia that re-centered the songs away from utopian possibilities to IRL responsibilities, it was his words and characters that gave the transition a sense of the past being re-lived in a contemporary setting. Just how clearly the open-endedness of Hunter's gaze continues to speak to our time is a testament to the rich, enduring images he began collecting in the Dead's songs.

Hunter's storytelling and his protagonists were unmistakably American, just as his set of central tenets was universal. This was not blue-collar, postwar Americana, but it required the grit and craft and character of the frontier spirit, a certain knowledge of the country's dark, violent history (including its Nixon/Vietnam present), but also an impulsive trust in the absurd as espoused by the Pranksters. Blind hope was for those who'd never see it come to fruition, like the beggar August West (a name clearly meant to evoke a sun-setting frontier) in "Wharf Rat"; or it was for suckers who believed a "last fair deal in the country" could still exist — "don't you let that deal go down" they're warned. And if, after the psychedelic experience a sucker they remain, well, then this was probably not a trip designed for them.

The virtue of kindness was something to fight for and treasure, and it could be found in love as a full-hearted affair ("Lord you can see that it's true," goes the joyous chorus of "They Love Each Other"), as a philosophical quest (the divinely titled "Help on the Way"), or as a lonely agrarian pleasure ("Eyes of the World"). When the band came up, they and the community were one and the same — the preachers or the congregation ("Uncle John's Band"), united or divided ("Playing in the Band"), or just as lost as everyone else (the sublime "Franklin's Tower" command, "if you get confused, just listen to the music play" always seemed equally directed at the players as at the audience).

Listen To The Music Play: How The Grateful Dead Remain Relevant In 2019

Through much of the Grateful Dead's career, Hunter, like the narrator calling upon the muse in "Terrapin Station" (the most first-person song of his work for the band), tried to keep a distance, "to shed light, not to master." But as the years grew shorter, and the relationship with Garcia continued — with the legendary guitarist's myriad of drug, health and family-life issues becoming increasingly public — one could see Hunter's characters receding, and the real men and women behind the words coming into focus. One of these sets of words, "Touch of Grey," a song written at sunrise after a cocaine bender in the early 1980s, became the Dead's biggest hit and a Top 10 single in 1987, on the strength of a lyric about aging and survival — and rejuvenation, after Garcia made a comeback from a diabetic coma. By the time the pair wrote "Days Between," an eerie 1993 ballad that was never set to studio tape but can be found on recordings of many of the band's later shows, Hunter was clearly operating with a different compass, looking back not at an allegorical past but at his own mortality. Or, more precisely, that of the singer of his words.

How different, on a fundamental level of individual understanding, is it to look at the past of a world and the past of a person? The one thing that changed was the perspective and the vessel of Hunter's ideas. After all, as primary lyricist of a band whose very name welcomed — no, demanded — respectful obligation towards non-living souls, Hunter had been engaging death throughout his professional life, using lessons brokered by the psychedelic experience. That was the secret ingredient. Some of these deaths were real; others were metaphorical. They were and are strewn across many of his best compositions — "Dire Wolf," "Black Peter," "Box of Rain," "Bird Song," "Ripple," "Brokedown Palace," even that headline-happy line in "Truckin' " hints at it — so certainly the audience had long known how these songs go, and how it's supposed to gracefully end. He was even engaging death as public performance a year after Garcia's passing in August of 1995, by still writing him letters. (Great, funny ones too.) This should not make Robert Hunter's passing any easier to bear, but it does reinforce one of his central ideas: Some ends are not quite what they appear to be, and we should rejoice that they were present to begin with. To quote one of his last Dead-era masterpieces, "Silvio" (which he wrote for Bob Dylan), "let the echo decide if [he] was right or wrong" — it understands far better than we.