Accessibility links
Get Ready To Astro-Blast Off With 'The Last Kids On Earth' This month, our kids' books columnist Juanita Giles is thinking about how hard it is to race through a series — as her son did with The Last Kids on Earth — and have to wait for the next book.

My friend Scott is a trumpet player, and a very good one. He's often off on tour in Europe somewhere with famous bands, living what I imagine is a very exciting life: London one night, Barcelona the next. Fancy places and fancy people. He does his best to disillusion me, assuring me that touring is a lot of hard work, and a lot of time on a crowded bus. To hear him tell it, he barely has time to run into a shop to buy more shampoo, much less go to a museum or a café. 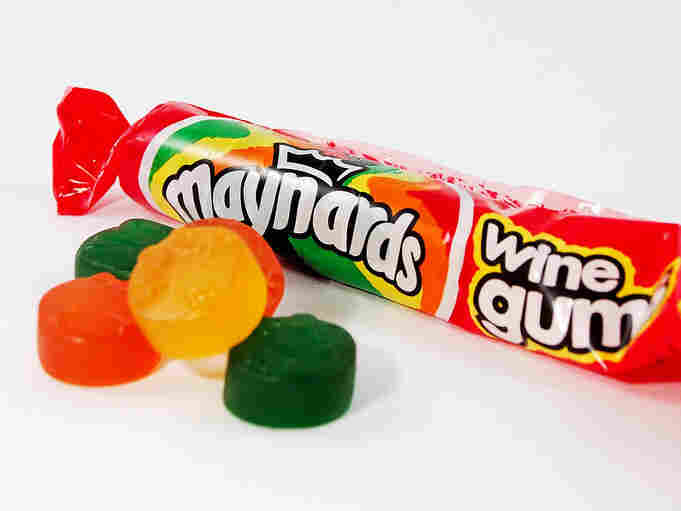 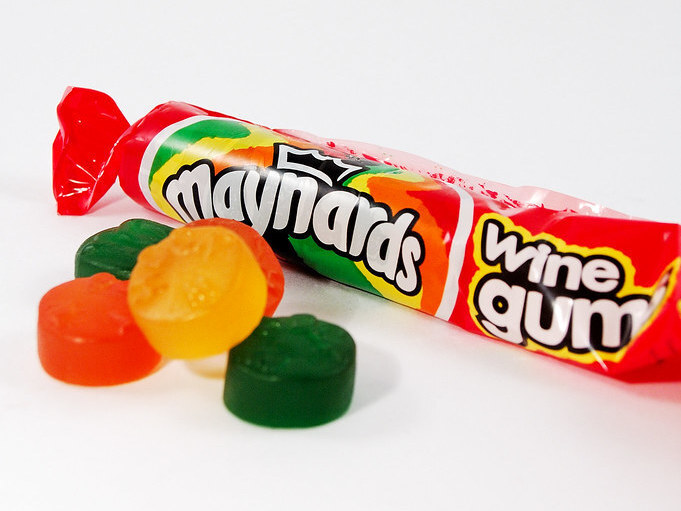 So when a package from Scott arrives at my house, postmarked from one of any number of European cities, I am eternally grateful he took the time to remember me, and I know that I will have to be very judicious with what's in the package.

Wine Gums, those chewy British pastilles labeled port, sherry, champagne, etc. (They don't taste like those at all.) NOT available in America except at a premium price. Scott knows I love them, and he always remembers to send me a bag when he's on a European tour. I am so grateful, but I also know this: One bag has to last me a long time.

My son is about to have a Wine Gums moment.

A couple of weeks ago I introduced him to Max Brallier's The Last Kids on Earth series in a desperate attempt to widen his reading horizons, and it's been nothing but zombie apocalypse in my house ever since. He's read the first four books in a week and a half, and now we have The Last Kids on Earth and the Midnight Blade. 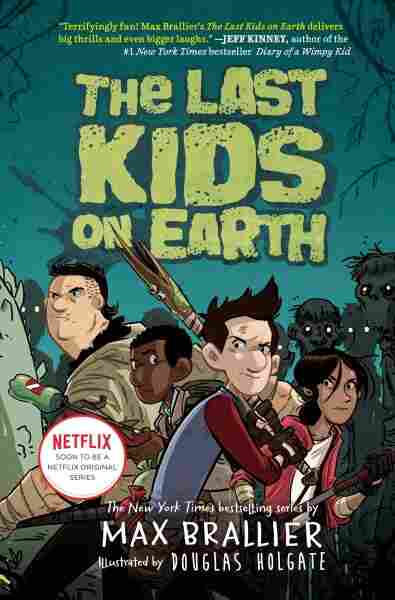 At the very end of The Midnight Blade, after Max Brallier's acknowledgements, is an illustrated page announcing the following:

My son has been in the doldrums for a while as far as reading goes, and it's been like pulling teeth to get him interested in reading anything except what he's already read a hundred times. I've been throwing all sorts of books at him, hoping that he will take to something. I've been failing miserably. Finally, I tried to find the common denominator in most of the books he's liked through the years, and the best I could come up with is sometimes they have a character named "Jack."

Enter Jack Sullivan, hero of The Last Kids on Earth.

I was not sure I would like Jack Sullivan at first.

Oh my gosh, the books are so exciting.

And after talking to Max a little, I realized that if a 13-year-old boy is going to take it upon himself to fight hordes of Zombies and Winged Wretches and Vine Thingies, he would probably have to summon all the cockiness, rudeness, and bossiness he could muster.

My son ... read 'The Midnight Blade' in about 15 seconds and now has to wait an entire year for book six. He's not happy.

"I thought a lot about Conan the Barbarian and Indiana Jones," Max Brallier told me.

I've never been a teenaged boy. But in just a few years I will have a teenaged boy, and I am glad I can turn to Jack Sullivan's creator, Max Brallier. He is an expert.

Ah, the mind of my soon-to-be teenaged boy. It's preoccupied with some marvelous thing (about which I am constantly hearing): Doritos, Boba Fett, whoopee cushions, Calvin and Hobbes, ninjas.

And now The Last Kids on Earth.

There is no way a kid who wants to grow up to be a bounty hunter can't be drawn in immediately. Case in point, the first sentence of book four, The Last Kids on Earth and the Cosmic Beyond: "So, we are about to be astro-blasted." And from there it's just a short hop until Jack and his friends launch themselves off the roof of their tree house in a massive sling shot. In a sled. In the snow.

Shoot, even a risk-averse person like myself can see the appeal.

Brallier is in touch enough with his 13-year-old-boy self to know exactly how to write a story that appeals to other 13-year-old (or thereabouts) boys. I mean EXACTLY. The Last Kids on Earth books are an inventory of everything in my son's brain: jokes, gross stuff, monsters, zombies, crazy homemade weapons (e.g., shredded gum — of all things), kids who are too young to drive and drive anyway, friends, enemies, bullies, crushes, Christmas presents, and slang. Oh heavens, the slang.

These books are amazing. For that matter, it seems the brains of 13-year-old (or thereabouts) boys are pretty amazing too, which I am learning more about every day (oh help).

Fall 2020. My son has met his Wine Gums moment. He read The Midnight Blade in about 15 seconds and now has to wait an entire year for book six. He's not happy. I'd like to think this could be a lesson in self-denial and patience, but I'm afraid I would be really wrong.

Oh, and Jack Sullivan, that kid I didn't like at first? It turns out his cockiness, rudeness, bossiness, self-indulgence and prehistoric view of women were just a façade to disguise his insecurities — a façade he left behind pretty quickly to keep his friends and defeat some zombies. That's just another little insight into the minds of 13-year-old (or thereabouts) boys, courtesy of Max Brallier, expert.