Accessibility links
Mount Eerie Announces 'Lost Wisdom Pt. 2' With Julie Doiron, Streams New Song After two albums and a live record that grieved the death of his wife Geneviève Castrée, Phil Elverum not so much returns, but revisits an older Mount Eerie to reshape the elastic meaning of love. 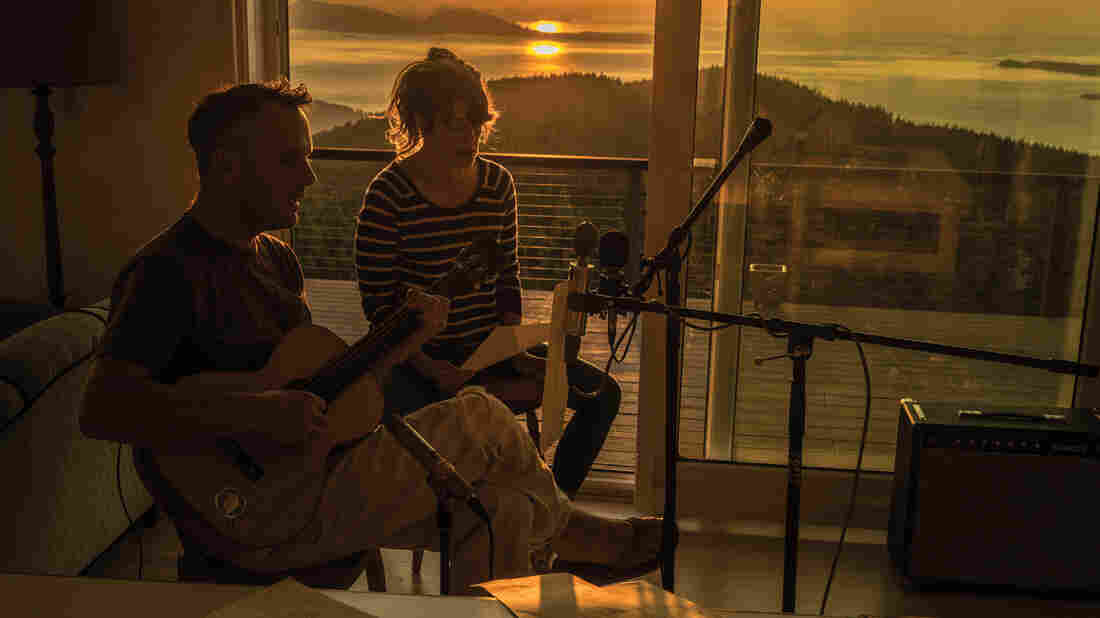 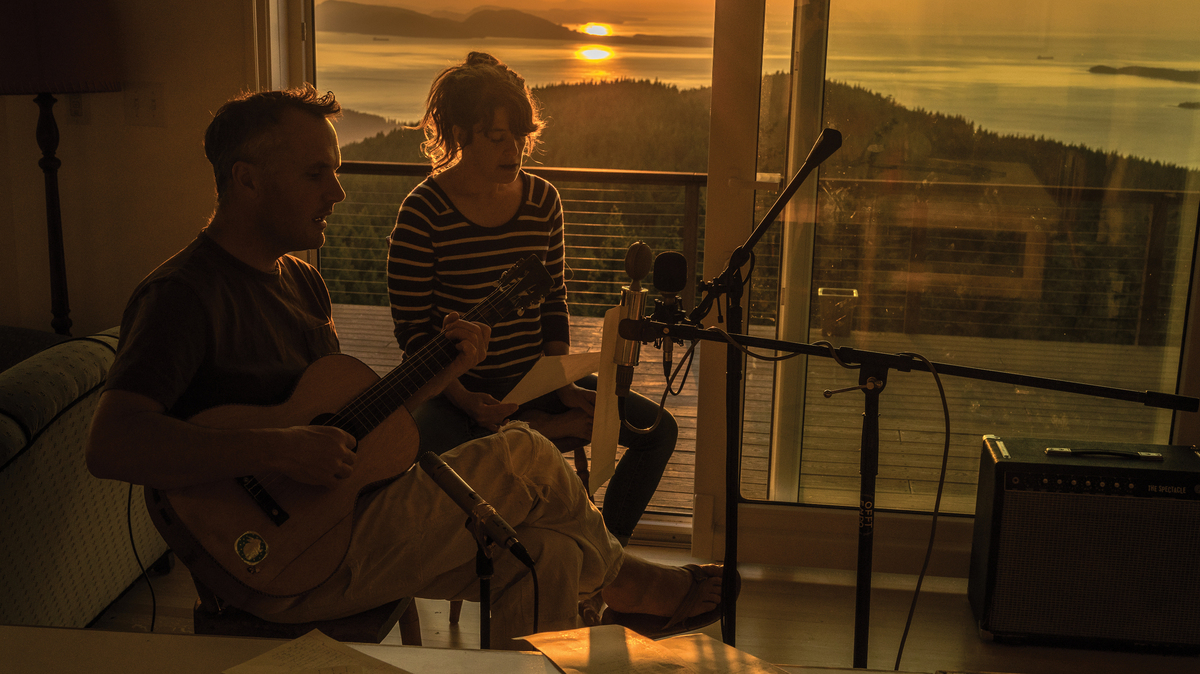 Rin-san Jeff Miller/Courtesy of the artist

Released in late 2008, Lost Wisdom occupies a cherished space in Mount Eerie's catalog, where Phil Elverum collaborated with his favorite singer, Julie Doiron, and Fred Squire. Between that album and Dawn, released just a month later, it stamped a deceptively softer moment in time for Mount Eerie, where sparse, yet decorative arrangements were vessels for quiet echoes that grew with repeat listens.

After two studio albums — A Crow Looked at Me and Now Only — and a live record, (after), that plumbed in both exacting and metaphysical detail the grief which followed the death of his wife Geneviève Castrée, Elverum is not so much returning as revisiting an older Mount Eerie with Lost Wisdom pt. 2.

"What would be the use of becoming a symbol of walking desolation? / Awash in multiple griefs, elaborating on more anguish," opens "Love Without Possession," as Julie Doiron entangles her voice with Elverum's still-beating heart. This a different kind of love song, one that asks what happens after love or, maybe, how the elastic meaning of love both changes and stays the same. "Even if I never get to see you again," Elverum later sings over a shuffling acoustic strum. "I'll know that when we collided / We both broke each other open."

It has been rewarding, challenging, inspiring and hard to experience Elverum's evolution as a person and as a songwriter. His open process is a wonder. In announcing Lost Wisdom pt. 2 he offers this letter, worth reading in full:

What is it about a bonfire?

The flames are charismatic and dance, the sparks billow and flicker off. But what is beneath? In smoldering embers that stay alive until the next morning there is a slow endlessness. The flashing whims of light and dark pass by without stopping, but the glowing coals beneath the action offer a new perspective. Something approaching permanence in the relentlessly impermanent world.

In all these years of making up songs, the aim has always been to just say the thing as directly as possible. Name it, don't decorate. Nonetheless, what has come out has often appeared as billowing clouds of metaphor and half-formed feelings. Then in the shadow of close real death in 2016 I made a couple of records that managed a little better to speak directly. The terror in opening up so unreservedly to an abstract public was blown away by the higher stakes of actual death.

Nothing stops changing. Love returned. With this love came a new understanding of the weird balances between real life and art projects, between home and exposure. I moved into a new world and happily angled the work inward, keeping more quiet.

But nothing stops changing. It didn't work out and I had to move again. Finding myself staring into another fire, disoriented by the changes, these songs came out.

I hoped to write songs about the smoldering foundation beneath all of this surface chaos, a love that doesn't die, songs beyond mere sorrow. If I again mined the circumstances of my life for these words, I tried to do it with liberation in mind for everyone. I tried to make songs that did not rely at all on who I am or who I am singing about. "The song, not the singer" is my guide, even while singing inescapably as and about myself.

Knowing that anyone with internet access might have questions about my specifics, I don't want to say anything personal that isn't already in the songs. My fingers are crossed that when I push them out to sea they will be met with calm humane understanding. That's what they're about after all.

In a grab for deeper continuity, I called and asked Julie Doiron if she could join me in the recording. She has been my favorite singer since 1993 when I first heard her band Eric's Trip and subsequently devoted my life to music and art. This 26 year path from teenage obsession to collaborator has made me feel very fortunate. We made another record in 2008 called Lost Wisdom, more flames, more love, more turmoil. Now we get to do some more singing and playing together.

In 2019 life on earth can feel insane, but in the early hours before the sun comes up, I look out and the world is blank. Everyone deserves liberation, and as the sky gets blue and loud with the day I try to remember this blank peace and I hope that it will stay with us into the wild arriving future. 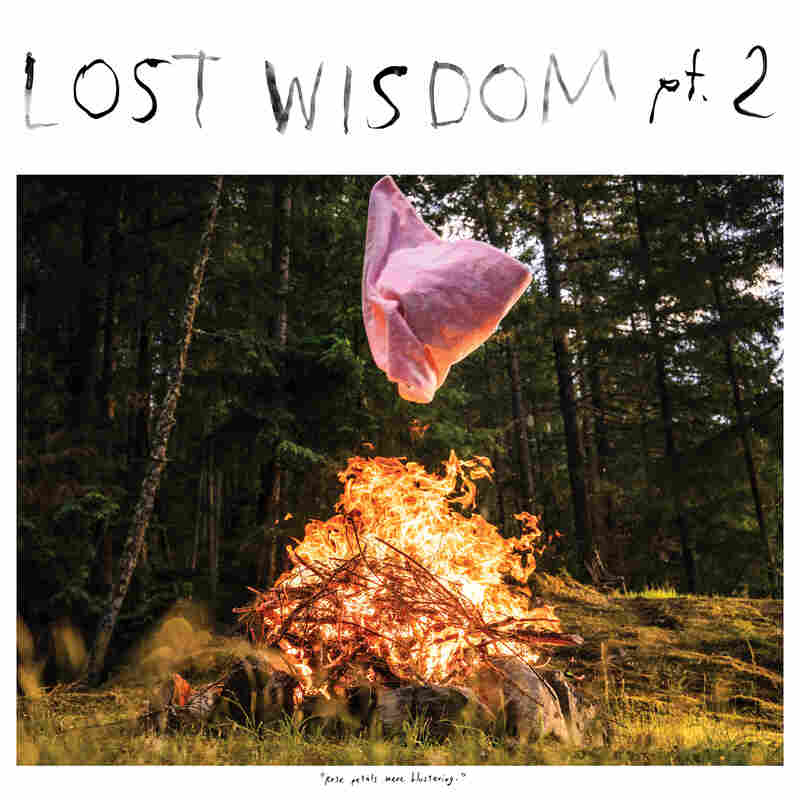