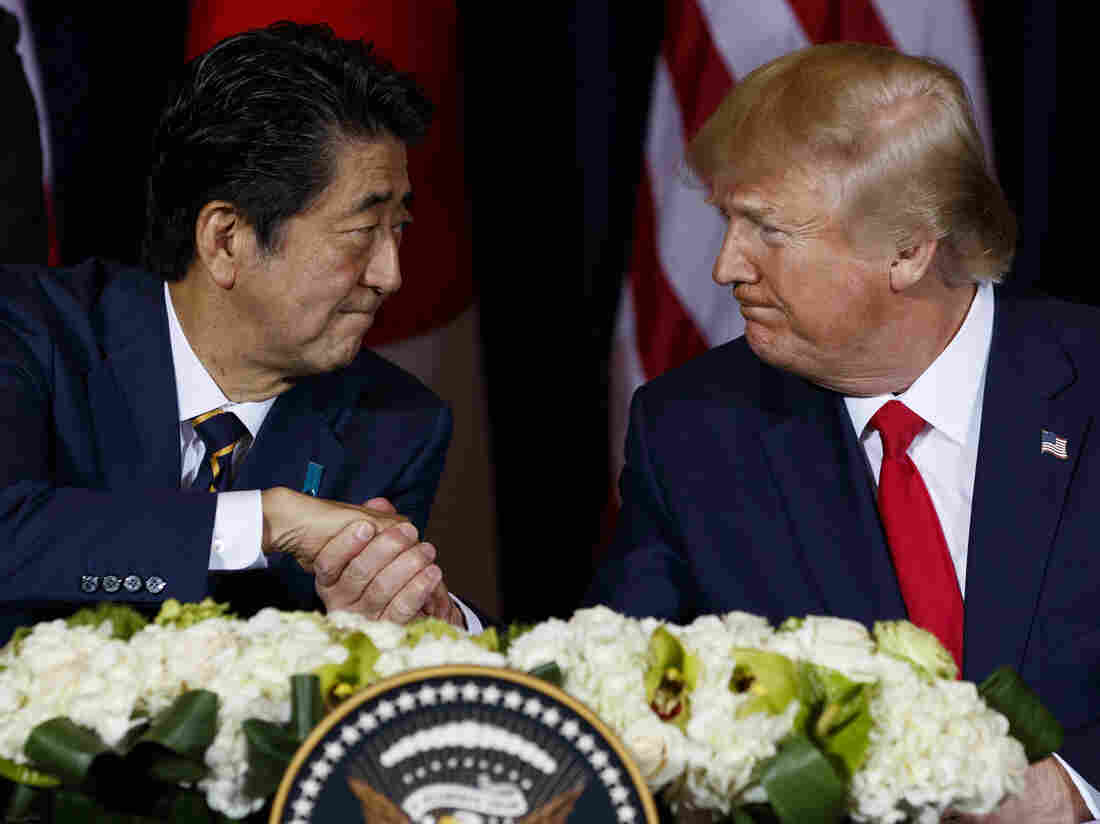 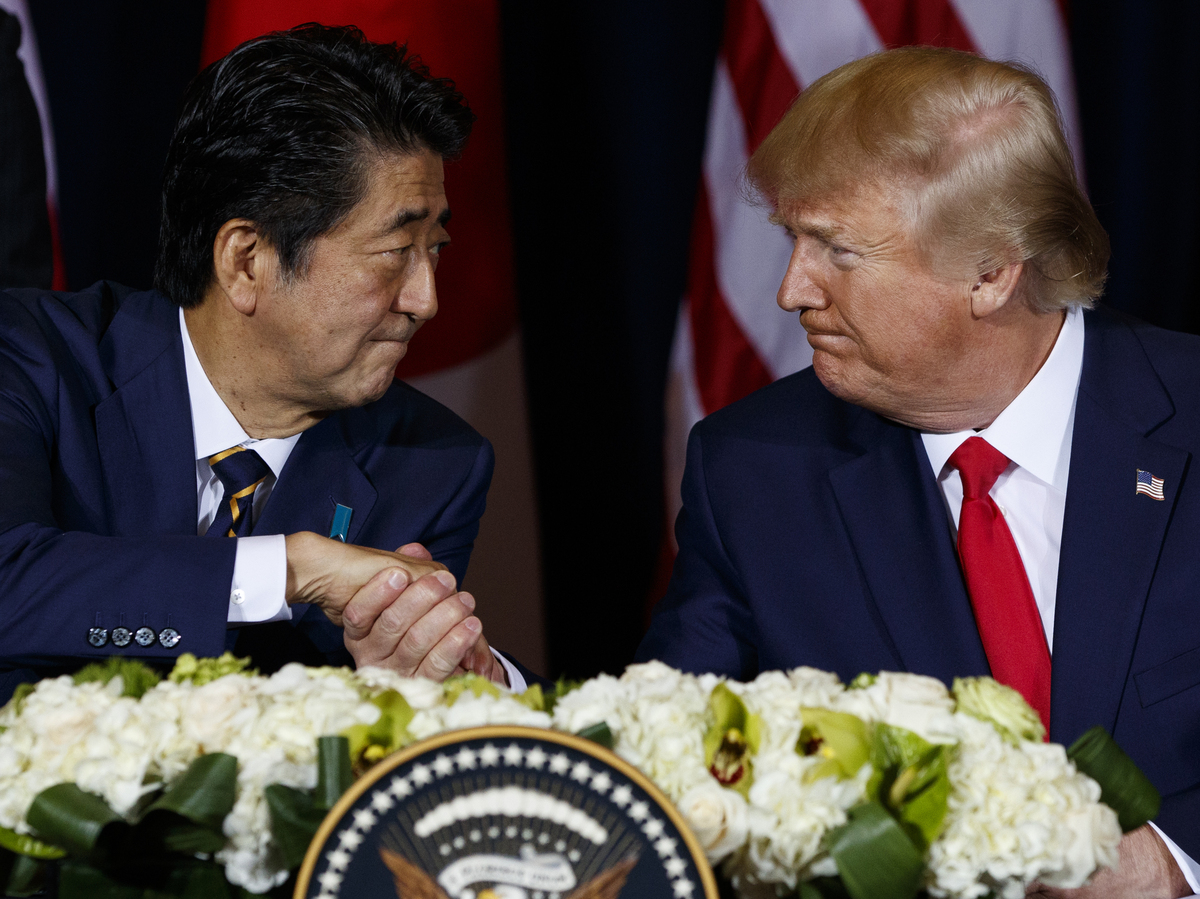 U.S. farmers, who have been hard hit by President Trump's trade wars, got some relief Wednesday, when Trump signed an interim trade deal with Japan.

The agreement calls for lower Japanese tariffs on U.S. farm exports such as beef and pork. It also locks in tariff-free digital commerce. But it does not address the president's threat to level punishing tariffs on imported cars from Japan. A top trade negotiator says Trump has no plans to act on that threat for now.

The partial agreement is scheduled to take effect in January, with negotiations on a larger trade deal beginning four months later.

Trump was flanked by American farmers and ranchers whose exports have suffered as a result of the president's hard-edged trade policies. China, in particular, has curtailed its purchases of pork and soybeans, putting downward pressure on prices.

"What we need in the future is more agreements like this all around the world," said Zippy Duvall, president of the American Farm Bureau Federation. "What we need is trade. That's what makes rural America grow."

U.S. beef and pork producers have been at a disadvantage in Japan after Trump withdrew from the Trans-Pacific Partnership — a 12-nation deal negotiated during the Obama administration. The other 11 countries went ahead with that agreement, giving competitors such as Australia and New Zealand preferential access to the Japanese market.

"Once implemented, the agreement signed today puts U.S. pork back on a level playing field with our competitors in Japan," said David Herring, a hog farmer from North Carolina who leads the National Pork Producers Council.

The advocacy group Farmers for Free Trade also praised the agreement with Japan as a step in the right direction. "Our farmers need trade wins, not trade wars," the group said in a statement. "We hope this new agreement leads to more wins, as well as progress in achieving a better trade relationship with China."

The agreement also guarantees that digital commerce between the U.S. and Japan can flow freely without tariffs or other trade barriers.

"What we've really done is lock in the best possible standards you can have," said U.S. Trade Representative Robert Lighthizer.

While the farm provisions affect a powerful political constituency, the digital agreement may have more lasting impact on the U.S. economy.

"Digital is the big growth area in world commerce today," said Gary Hufbauer, a senior fellow at the Peterson Institute for International Economics.

The U.S. Chamber of Commerce said the deal would give a lift to economies on both sides of the Pacific but cautioned that the partial agreement doesn't go far enough.

"A comprehensive trade deal with Japan would provide some much-needed predictability—not only for the U.S. and Japan but for all our trade allies," Myron Brilliant, the chamber's executive vice president, said in a statement.

Benefits for Japan in the partial agreement include lower tariffs on some exports, such as machine tools, bicycles and musical instruments.

Japan wanted a commitment from the U.S. that Trump would not impose tariffs on Japanese cars, which would be a serious blow to one of the country's major industries.

The agreement does not make any guarantee on auto tariffs, but Lighthizer did offer Japan some reassurance.

"At this point, it certainly is not our intention — the president's intention — to do anything on autos" with respect to Japan, Lighthizer told reporters.