Accessibility links
Gender-Neutral Dolls Launched By Mattel The toy manufacturing giant behind Barbie aims to allow nonbinary youth to play with gender expression in its new line of dolls. 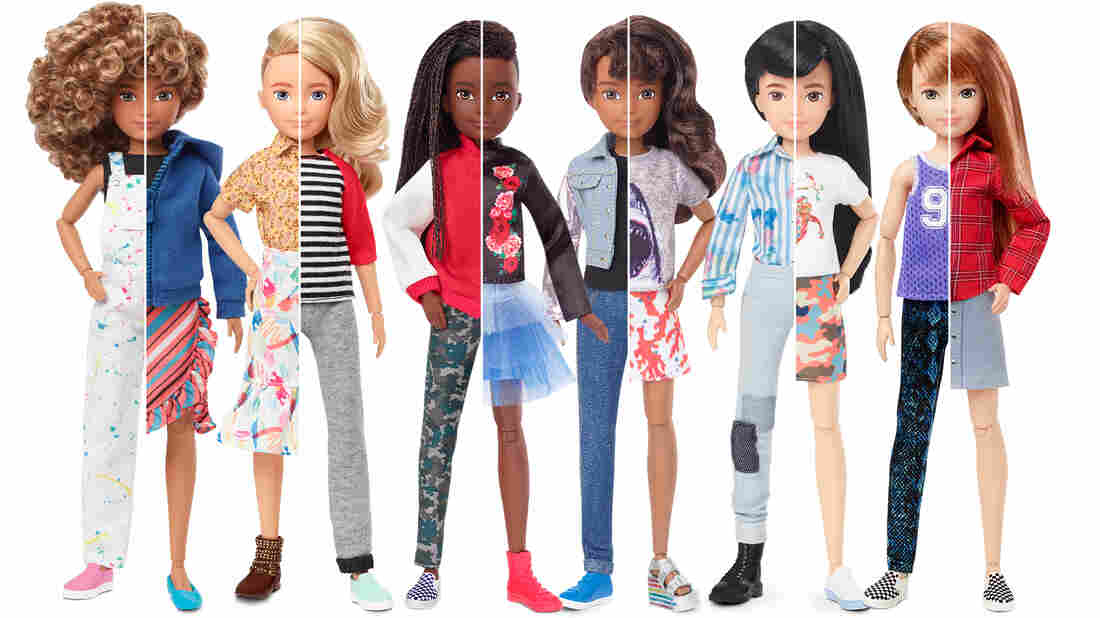 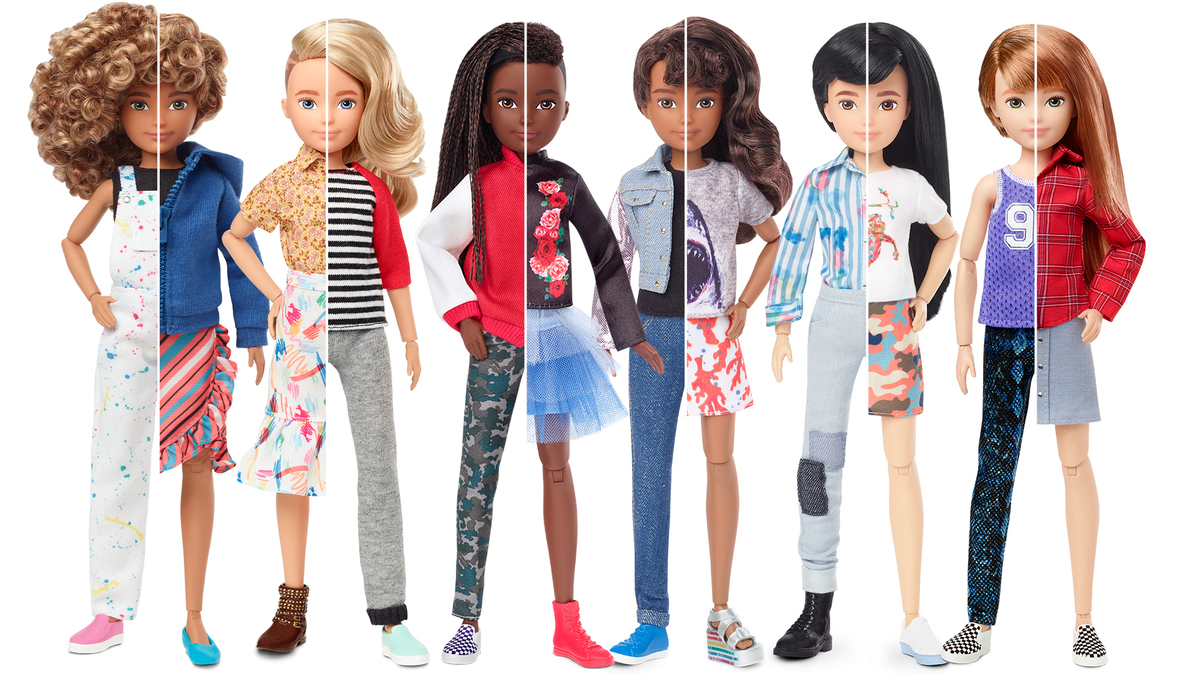 Mattel's Barbie dolls represented the traditional female image, and preteens embraced the hairstyles, thick eyelashes and spike heels that came with her. But now, Mattel is introducing dolls that let kids form the gender expression of the toy themselves. The doll is fully gender neutral and can be accessorized to be a boy, a girl, neither or both.

The company released six dolls with different skin tones, hair and clothes, calling the doll line Creatable World. Mattel said that it aims to reflect and celebrate "the positive impact of inclusivity."

"This line allows all kids to express themselves freely, which is why it resonates so strongly with them," said Kim Culmone, senior vice president of Mattel fashion doll design. "We're hopeful Creatable World will encourage people to think more broadly about how all kids can benefit from doll play."

While researching the dolls, Mattel spoke to over 250 families with children who identify across the gender spectrum.

Adults who identify as nonbinary didn't have toys like these when they grew up. Molly Woodstock, a gender educator and co-host of the podcast Gender Reveal, is one of those people.

"It's unarguably good that all children are being given the option to play with some sort of doll that doesn't have a neatly assigned gender or gender roles," Woodstock said. "Just the social and cultural validation of trans and nonbinary gender identities through this doll feels really powerful."

Woodstock, who started identifying as nonbinary three years ago, thinks that this kind of representation at a young age could have helped them figure out their gender identity at an earlier age.

On the other hand, Woodstock is hesitant to fully accept the doll, saying that it still has some ways to go before being fully inclusive.

"I really worry that the cultural concept of nonbinary is this singular third androgynous gender, which is what this doll is portraying." Woodstock said. "That's not the reality of a lot of nonbinary people. We can't be liberated from the gender binary if we're just making it a gender ternary."

Woodstock would also like to see the dolls produced with body diversity in mind.

While the number of people who identify as nonbinary is not clear, a Pew Research Center study found that a third of people who were born between 1995 to 2015 know someone who goes by gender-neutral pronouns.

Mattel has been criticized for its lack of diversity and unrealistic portrayal of women in the Barbie doll line. The company has taken steps to address this, such as releasing a hijab-wearing Barbie and introducing different body types.