Accessibility links
Netanyahu Tasked With Forming New Government As Possible Corruption Charges Loom A week after an inconclusive election, the Israeli prime minister has been given six weeks to form the next government. But if he fails, there could be a third vote. 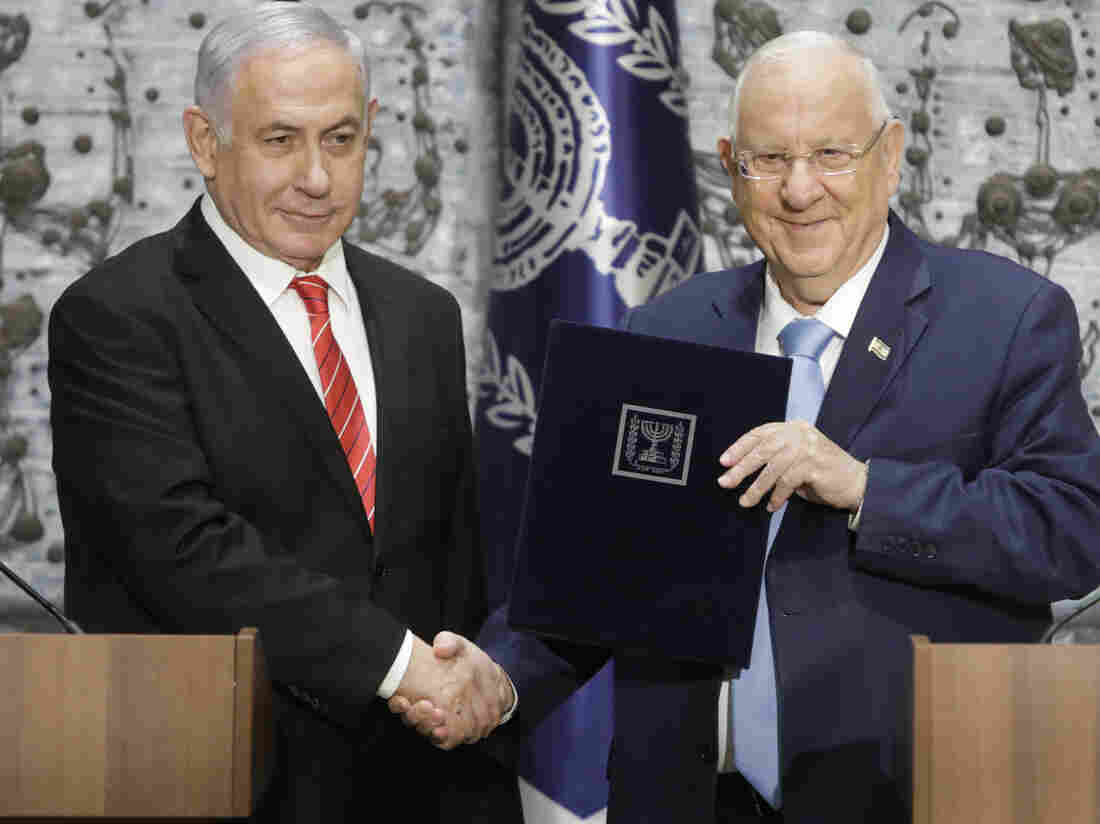 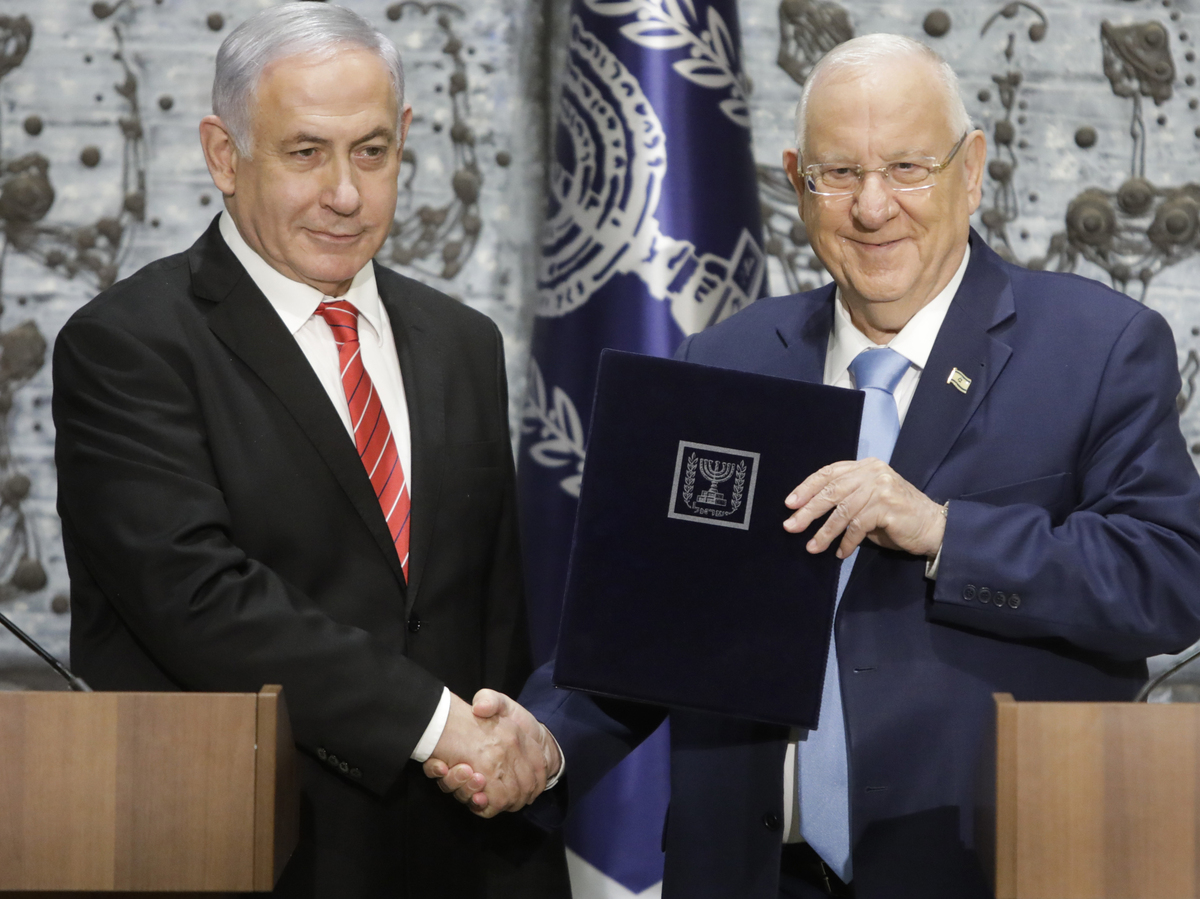 Israeli President Reuven Rivlin (right) shakes hands with Israeli Prime Minister Benjamin Netanyahu in Jerusalem. Netanyahu has been given the task of forming a new government.

Israel's president on Wednesday tapped Prime Minister Benjamin Netanyahu to attempt to form a new government. The move could give Netanyahu up to six weeks to haggle for political allies.

Israeli President Reuven Rivlin's selection of Netanyahu to assemble a governing coalition follows last week's election, in which voters deadlocked in trying to decide between Netanyahu and his main rival.

The election's inconclusive results threw into doubt the political future of Netanyahu, who has held power for more than a decade and is also facing possible indictment in three corruption cases.

Netanyahu narrowly won an election in April but failed to cobble together a majority in parliament and called for the election held Sept. 17. If he fails to form a government this time, Rivlin could ask Netanyahu's election opponent, Benny Gantz, or another member of the Israeli parliament to try to put together a government. Or it could result in another election, something Rivlin has said the country does not want.

On Wednesday, the final results of the election were released. Netanyahu's conservative Likud party won 32 seats, and Gantz's centrist Blue and White party picked up 33 seats in the country's 120-seat parliament.

But in early talks with the smaller parties to win seats, Netanyahu won the backing of 55 members to form a new government, while Gantz earned pledges for 54 seats.

Both results fell short of the 61 needed for a majority.

Next week, a hearing is scheduled in one of the bribery and fraud cases against Netanyahu. If he is charged, as the country's police have recommended, Netanyahu could remain in power while the case is pending.

In previous coalition talks, Netanyahu has sought assurances that his coalition partners would back a law giving him some immunity from prosecution.

One scenario in the coalition talks could be an alliance between Gantz's and Netanyahu's parties. But Gantz has said he could not agree to a deal that leaves Netanyahu in charge.

During a televised ceremony on Wednesday, Netanyahu said Israelis do not want another election, which will happen if the political stalemate is not broken in the coming weeks.

"If I don't succeed, I will return the mandate to you, and with the help of God and Israel's citizens and yourself, Mr. President, we will establish a broad national unity government down the line," he said.