Accessibility links
Pentagon Letter Undercuts Trump Assertion On Delaying Aid To Ukraine Over Corruption A letter sent to four congressional committees in May and obtained by NPR says officials have "certified that the Government of Ukraine has taken substantial actions" to address corruption. 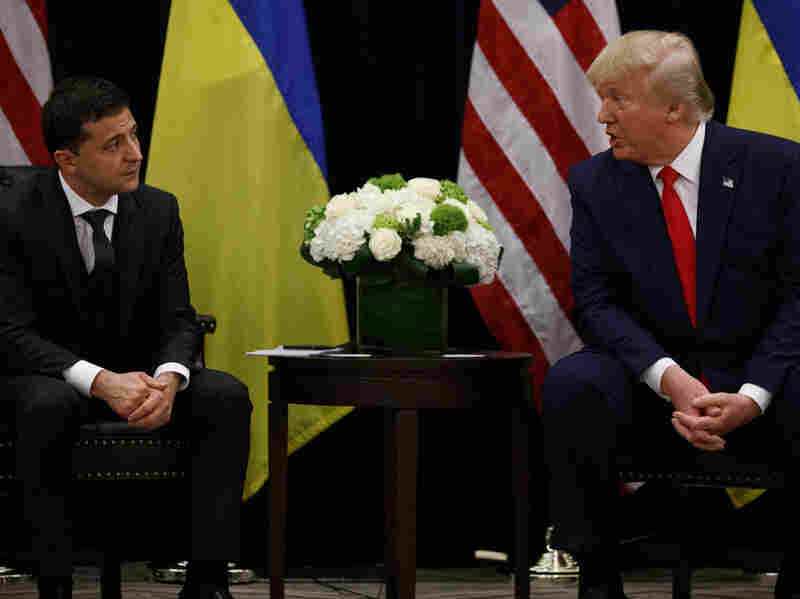 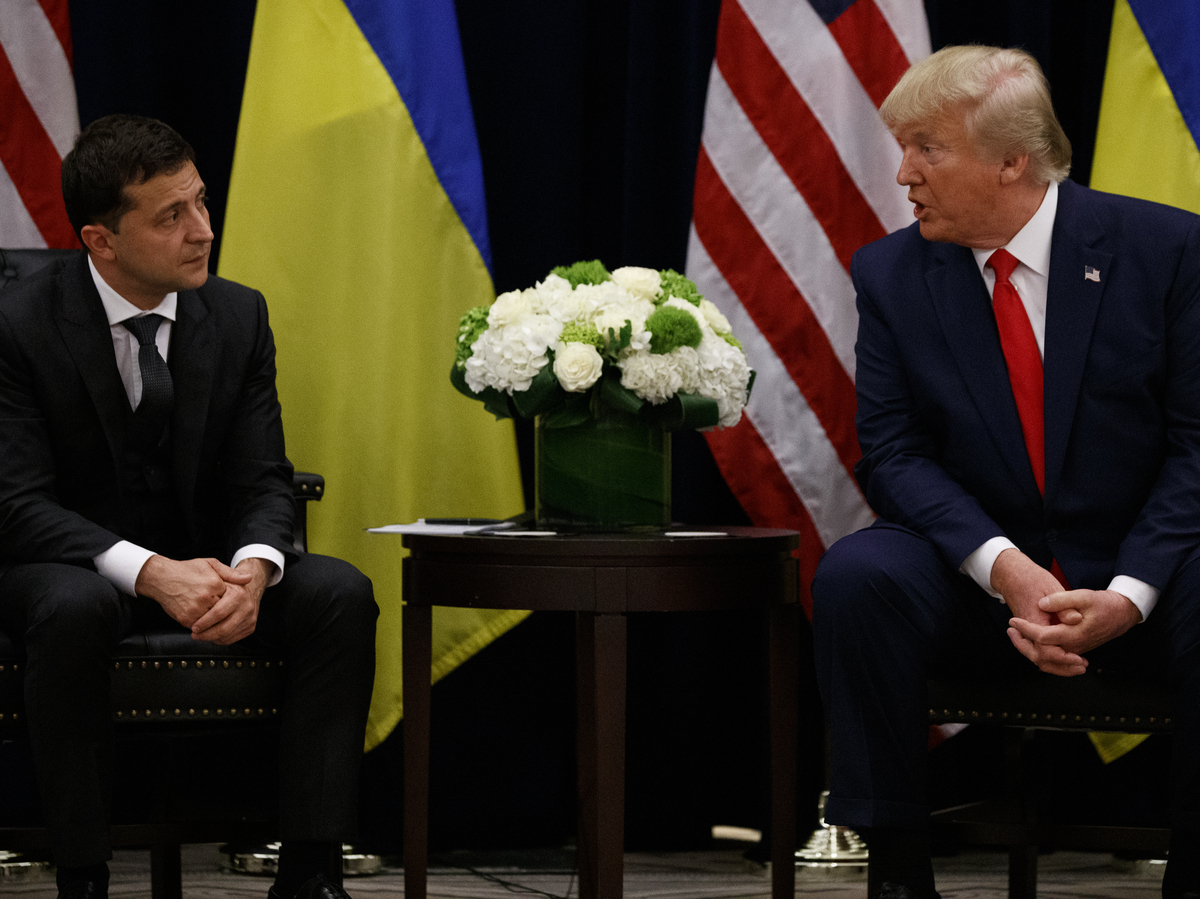 President Trump meets with Ukrainian President Volodymyr Zelenskiy on Wednesday in New York, where they were attending the U.N. General Assembly meeting.

Earlier this week, President Trump cited concerns about corruption as his rationale for blocking security assistance to Ukraine. But in a letter sent to four congressional committees in May of this year and obtained by NPR, Undersecretary of Defense for Policy John Rood informed lawmakers that he "certified that the Government of Ukraine has taken substantial actions to make defense institutional reforms for the purposes of decreasing corruption [and] increasing accountability."

The certification was required by law for the release of $250 million in security assistance for Ukraine. That aid was blocked by the White House until Sept. 11 and has since been released. It must be spent before Sept. 30, the end of the fiscal year.

At a news conference on Wednesday wrapping up a three-day visit to the United Nations General Assembly, Trump repeated his professed concerns about corruption as the reason for holding up $391 million in security assistance to Ukraine.

The Defense Department announced in mid-June that it would be sending $250 million in security assistance to Ukraine, which has been battling pro-Russia separatists near its eastern border with Russia since 2014.

But the White House blocked that assistance in July. That was prior to a phone call Trump made to Ukraine's recently elected leader, President Volodymyr Zelenskiy.

According to notes of that call released by the White House on Wednesday, Trump asked Zelenskiy to "look into" reports that former vice president and current Democratic presidential hopeful Joe Biden "went around bragging" that he stopped the Ukrainian government from looking into his son Hunter's activities in Ukraine.

Trump has denied seeking to pressure Zelenskiy into carrying out such a probe by withholding the military assistance. That aid was released Sept. 11 after an angry bipartisan response from Congress to reports that the money was being withheld.

Some congressional Republicans are defending Trump's conversation with Zelenskiy. "I think to suggest that this phone call was the president of the United States threatening to withhold aid to the Ukraine unless they did his political bidding," said Sen. Lindsey Graham, R-S.C., "is simply ridiculous."

Another explanation Trump has been giving for blocking the Ukraine assistance is his view that European allies are not contributing enough to that aid. "Europe and other nations [must] contribute to Ukraine," he told reporters at the U.N. on Tuesday. "Because they're not doing it. Just the United States. We're putting up the bulk of the money."

Eight European embassies in Washington contacted by NPR on Wednesday reported no attempts by the Trump administration over the summer to increase their contributions to Ukraine. "There was no effort at all," said a senior official at the German Embassy, who requested anonymity to speak freely. "The topic was not brought up at all at recent meetings we've had."

European diplomats hasten to point out that they have been contributing far more to Ukraine than what Trump has claimed. "Our bilateral assistance to Ukraine of $1.4 billion is almost at the U.S. level," said the German Embassy official. The U.S. has disbursed nearly $1.5 billion since 2014 in security assistance to Ukraine, while the European Union has provided about $15 billion, mostly in the form of loans.

House committees that are starting impeachment inquiries are virtually certain to probe further into Trump's reasons for holding back assistance to Ukraine while he was seeking an investigation there of a potential Democratic rival in next year's election.

Read the letter below or here.