Accessibility links
Newly Discovered Planet Challenges Astronomers' Notions Of How Planets Form A surprisingly large planet orbiting a small star defies the conventional wisdom about how planets are born. But a dark-horse idea from more than 20 years ago could explain it.

Listen · 2:49 2:49
A Peculiar Solar System Has Scientists Rethinking Theories Of How Planets Form 2:49 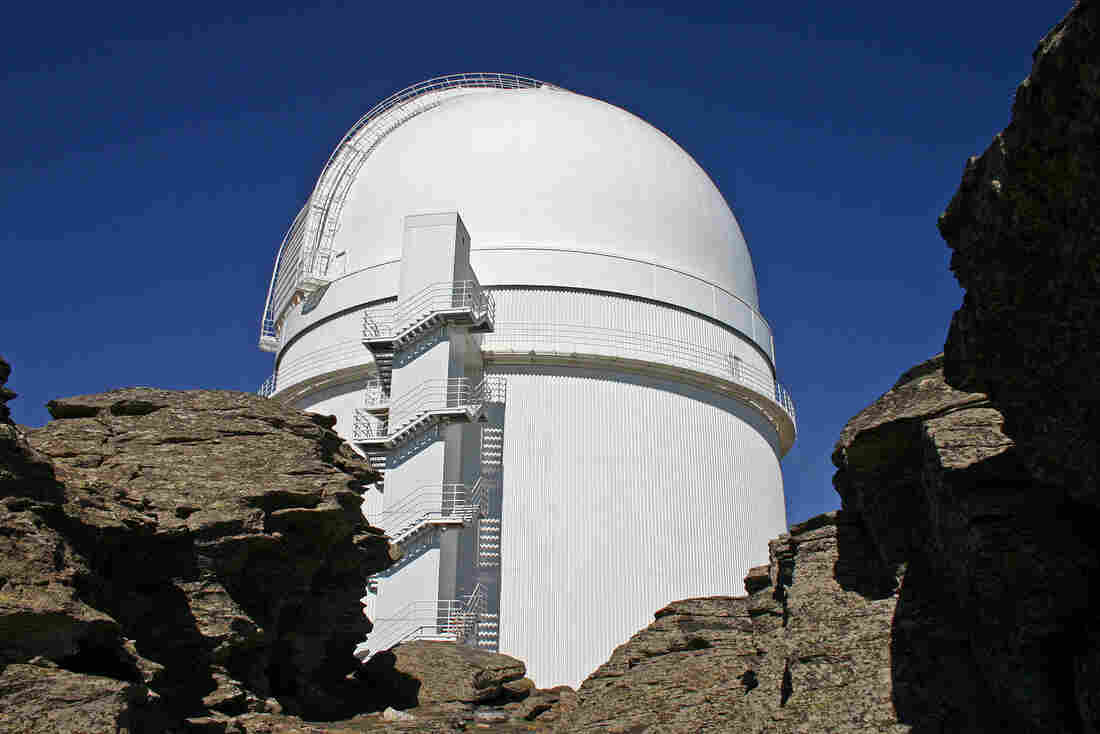 A team of scientists used a telescope at the Calar Alto Observatory in Spain to detect a gas giant orbiting a tiny red star some 30 light-years from Earth. Baback Tafreshi/Science Source/Getty Images hide caption 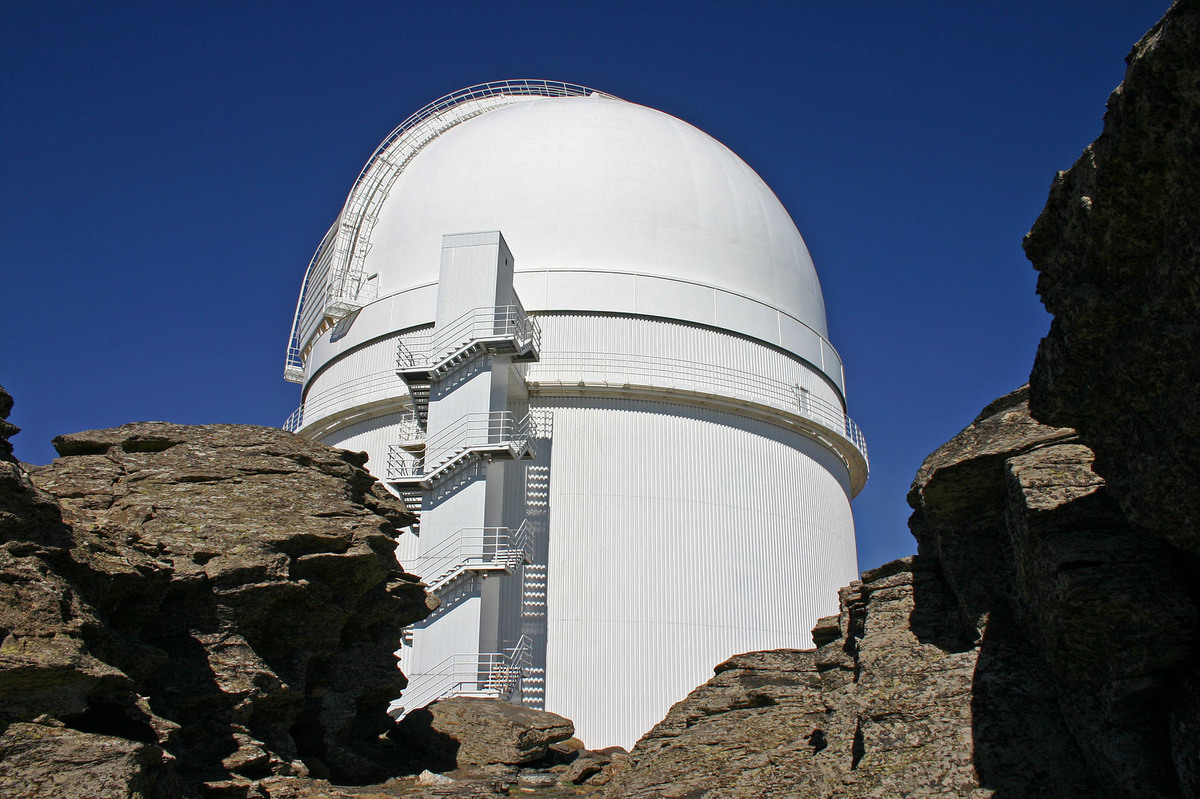 A team of scientists used a telescope at the Calar Alto Observatory in Spain to detect a gas giant orbiting a tiny red star some 30 light-years from Earth.

An oddball solar system discovered not too far from our own is forcing astronomers to reexamine their ideas about how planets get created.

In the journal Science, researchers report they detected a small, dim red dwarf star, about 30 light-years from Earth, being tugged by the gravity of what must be a huge, Jupiter-like planet.

"It's a very large planet, for such a small star," says Juan Carlos Morales, an astrophysicist at the Institute of Space Studies of Catalonia in Barcelona who was part of the research team.

It's so big, he says, that its existence can't be explained by the conventional wisdom about how solar systems develop.

"This is the surprising thing," Morales says. "We need another, an alternative formation scenario, to explain this system."

Newly born stars are temporarily surrounded by a swirling disk of leftover gas and dust. Scientists have long thought that planets begin to grow when bits of solid material in this disk start to collide and sort of glom together.

These growing bodies can eventually become rocky planets. Or they can become rocky, icy cores that capture swirling gases and turn into Jupiter-like giants.

This basic understanding has held up even as astronomers have detected thousands of planets around distant stars in recent years. The vast array of known worlds includes gas giants, Earth-size planets that could be rocky, and planets of sizes unlike anything in our own solar system.

All of them could theoretically be explained by the traditional "core accretion," or glomming together, model of planet-building — until now. "For the first time, we are sure that we have a planet that we cannot explain with the core accretion model," Morales says.

But there's another idea that potentially could explain this planet, a less popular one that's been around since 1997. The astronomer who came up with it, Alan Boss of the Carnegie Institution for Science in Washington, D.C., says it "has not really been taken too seriously by very many people."

Over two decades ago, as he thought about all the different ways a swirling disk of gas and dust might behave, Boss realized that areas of a disk could form dense clumps that might spontaneously contract and collapse into planets.

"That could happen in something like 100 years," Boss says.

Gradually sticking together enough material piece by piece to form a planet could take, say, 1 million years or more — way too long to create a Jupiter-size planet around a low-mass star like the red dwarf in this study, Boss says.

That's because the creation of such a puny star would leave only a paltry disk of dust and gas that moved at a snail's pace and eventually disappeared. "Just nothing happens within the time period over which we believe these disks last," Boss explains. "You just run out of time."

But it could be possible under his rapid planet-creation scenario. And he was gratified to learn that there's now evidence that this actually might happen out in the universe.

"I'm still a little shocked that someone actually thinks that my ideas have some merit," says Boss, laughing. "I'm sure I'll get over it, but it's very pleasant."

Courtney Dressing, an astronomer at the University of California, Berkeley, says this new planet find, and its implications, are exciting.

She says the planet was discovered only because the research team used a new instrument that can detect worlds that orbit relatively far away from reddish stars.

"I think this is probably just the tip of the iceberg," Dressing says. "I think knowing that these objects exist will force us to think more closely about how these planets formed in the first place."

Scientists study planets outside our solar system in part because "you never know if you are going to find one that just bucks the trend, that is new and exciting in some way that sheds light on a problem in planetary science," says Sara Seager, an astrophysicist and planetary scientist at MIT. "And I think this one really fits that category."

She says that often in science, there are a couple of competing hypotheses to explain some phenomenon, such as how planets get created.

"It often turns out that both paradigms, or both concepts, are right, actually," Seager notes. "Nature is smarter than we are. And it's likely that if we humans can conceive of something happening, it likely does happen."