Accessibility links
Trump Administration Drastically Cuts Refugees Allowed To Enter The U.S. The limit of 18,000 represents the lowest number of refugees allowed into the country since the modern refugee program was established in 1980. 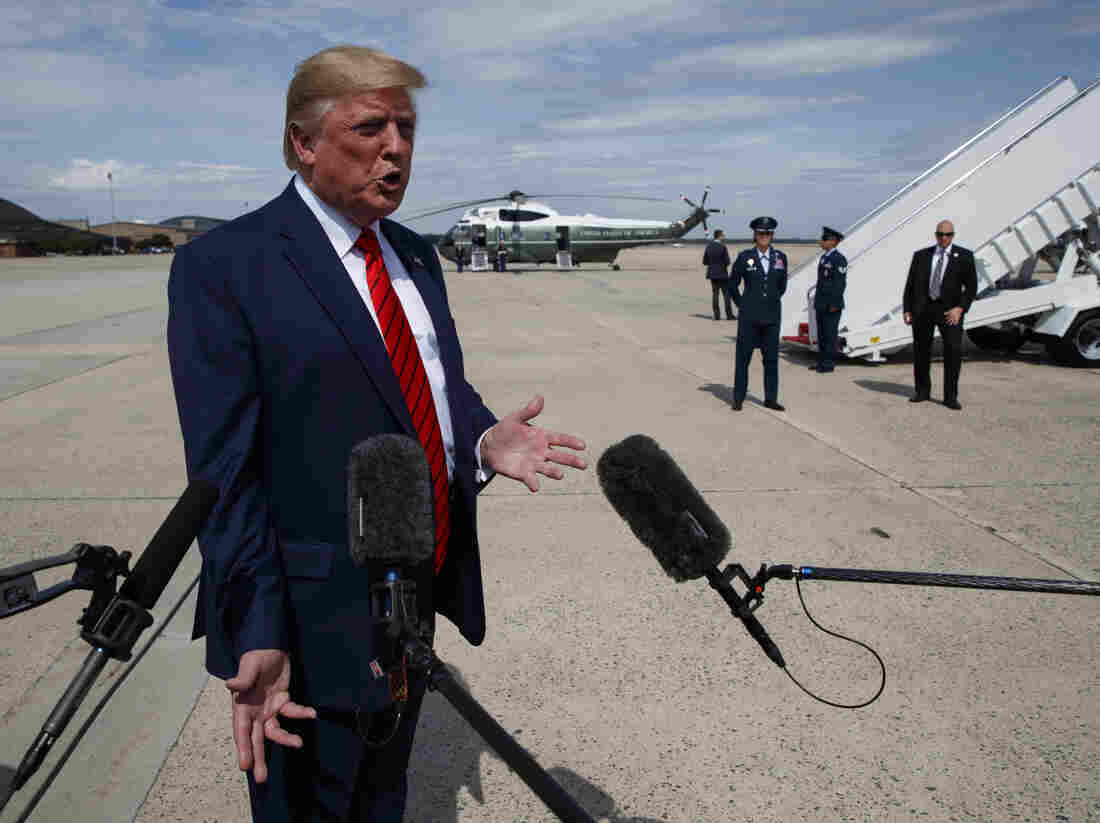 President Trump on Thursday ordered that the number of refugees allowed to resettle in the U.S. in the coming year be cut to 18,000, down from the administration's previous refugee ceiling of 30,000. Evan Vucci/AP hide caption 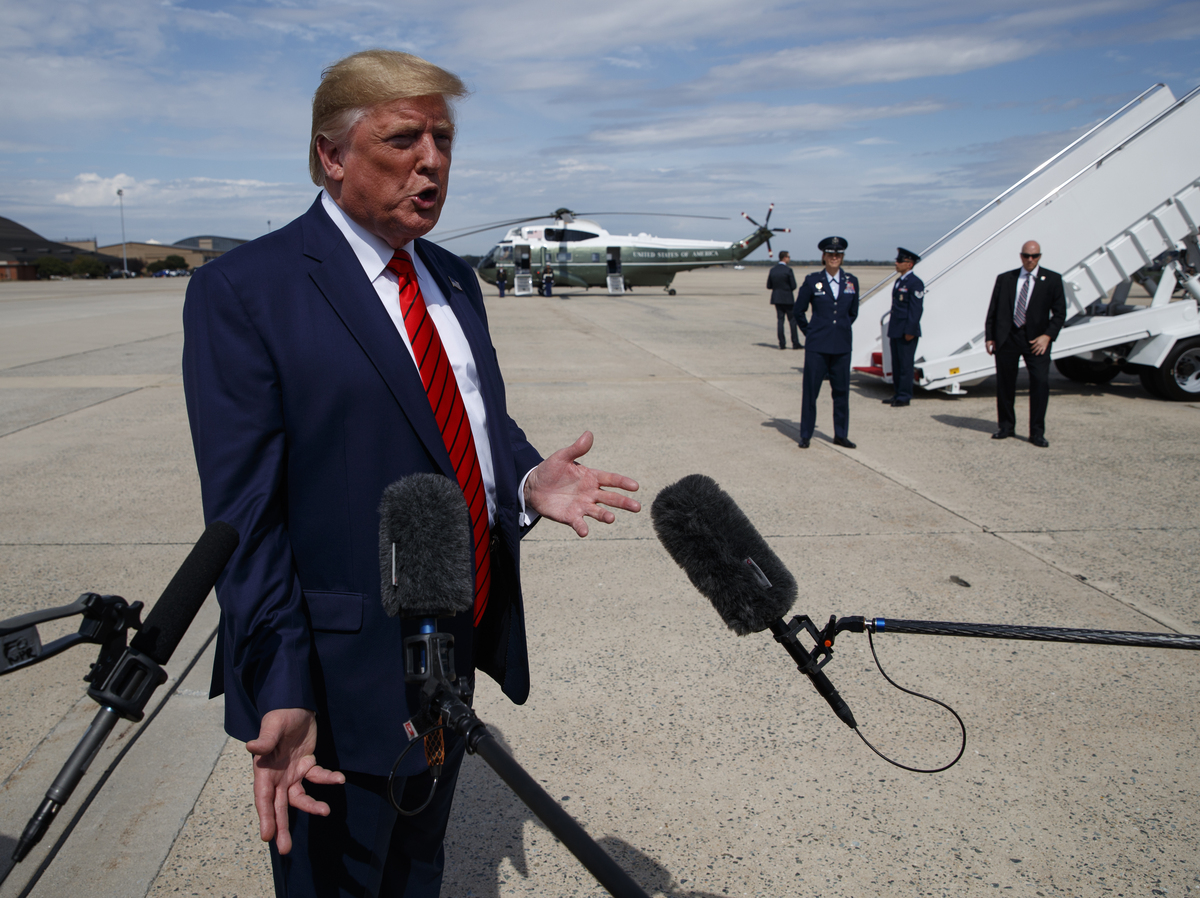 President Trump on Thursday ordered that the number of refugees allowed to resettle in the U.S. in the coming year be cut to 18,000, down from the administration's previous refugee ceiling of 30,000.

President Trump has ordered that the number of refugees allowed to resettle in the U.S. in the coming year be cut nearly in half to 18,000, down from the administration's previous refugee ceiling of 30,000.

The limit represents the lowest number of refugees seeking protection from violence or political persecution allowed into the country since the modern refugee program was established in 1980.

The new cap, which marks the third time the Trump administration has dwindled the refugee limit, would also be a more than 80% decline compared with the last year of the Obama administration, when the U.S. allowed up to 110,000 refugees who were fleeing war, persecution and poverty to resettle in America.

Trump officials also announced that this year cities and states will have to provide written consent before accepting foreigners fleeing persecution, allowing localities to opt out of accepting refugees.

The administration argues it needs to devote its energy to dealing with a humanitarian and security crisis along the southern border, where tens of thousands of asylum-seekers are arriving every month.

According to senior administration officials who briefed reporters on Thursday, the U.S. will accept up to 5,000 people fleeing religious persecution, a maximum of 4,000 Iraqis who have assisted the U.S. military and no more than 1,500 people from Guatemala, Honduras and El Salvador. An additional 7,500 migrants seeking family reunification and who have already been cleared for resettlement could be accepted.

The International Refugee Assistance Project's Betsy Fisher called the new limits a "shockingly low refugee admissions goal," warning that the policy "will all but ensure that people in need of safety will be left in dangerous conditions."

But senior administration officials defended the action by arguing that the focus needs to be on protecting those already in the U.S.

"At the core of the Trump Administration's foreign policy is a commitment to make decisions based on reality, not wishes," the State Department said in a statement announcing the new policy.

Administration officials also cited the nearly 1 million backlogged cases in immigration courts in the U.S., many of which are pending asylum cases.

"The current burdens on the U.S. immigration system must be alleviated before it is again possible to resettle large number of refugees," the administration said in a statement. "Prioritizing the humanitarian protection cases of those already in our country is simply a matter of fairness and common sense."

"In their senseless quest to keep foreigners out, this administration proves they are willing to abandon our nation's founding principles and outright reject human rights," Grisgraber said.

Separately, Trump issued an executive order to allow states and localities to refuse the resettlement of refugees in their communities, which is expected to face challenges in court.

"To cut the number of refugees the U.S. will accept to this low of a number reflects nothing more than this administration's attempts to further hate, division, and prejudice in a country that once valued dignity, equality, and fairness."

In justifying the order giving local governments the ability to turn away people seeking asylum, one senior administration official said state and local officials are best positioned to know the resources and capacities that have to devote to resettlement.

"So the administration wants to provide for closer coordination with them and a more clearly defined role for them in the process of selecting sites for initial resettlement," the official said.