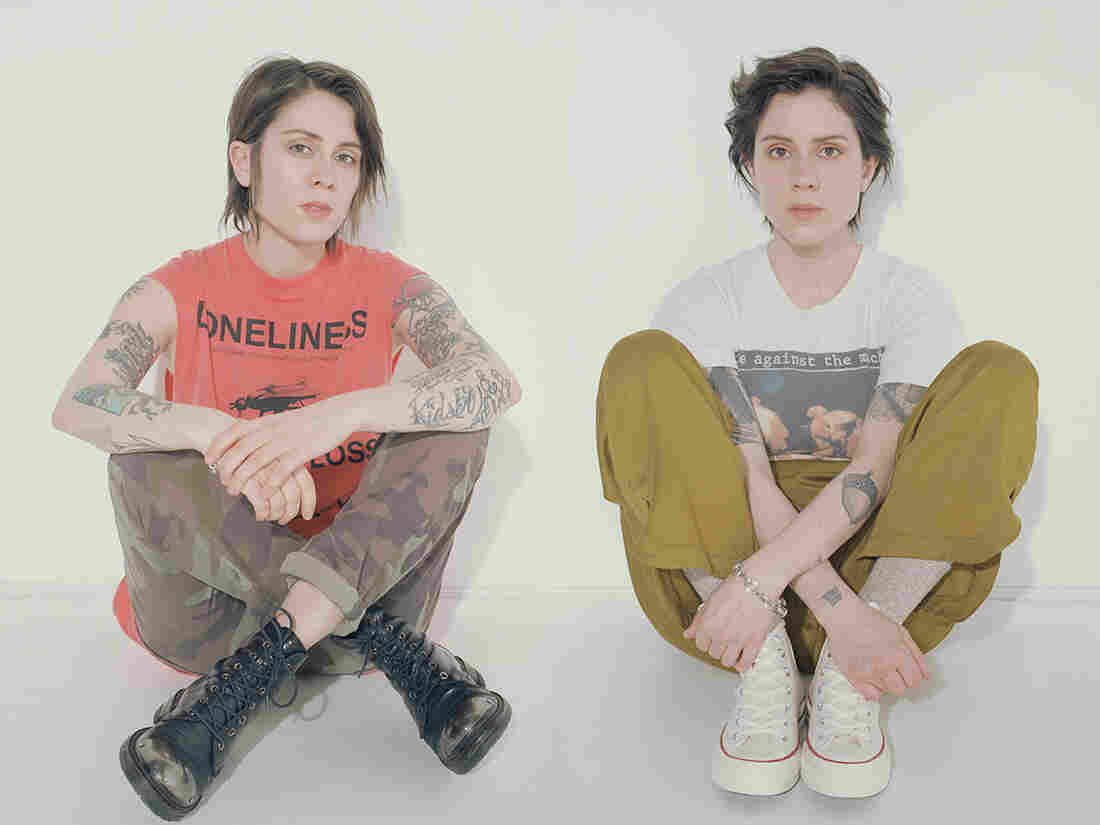 Tegan and Sara. Their new album, Hey, I'm Just Like You, is on our shortlist of the best new albums out on Sept. 27. Courtesy of the artist hide caption

When Tegan and Sara were doing research for their new memoir, High School, they discovered a box of old recordings with some of the first songs they ever wrote in their teen years. To celebrate that time, they decided to re-record some of those tracks and compile them for the new album, Hey, I'm Just Like You. On this week's New Music Friday, we look at the youthful melodrama behind those songs and what Tegan and Sara found to feel good about. We also spin the reliably infectious new album from The New Pornographers, a lost record from John Coltrane, Sturgill Simpson's scuzzy concept album Sound & Fury, Laurie Anderson's deep dive into the Tibetan Book of the Dead and more. Host Robin Hilton is joined by NPR Music's Stephen Thompson and Tom Huizenga and Nate Chinen of WBGO and Jazz Night in America as they share their picks for the best new albums out on Sept. 27.