Accessibility links
British-Flagged Tanker Leaves Iranian Waters After 2 Months Of Detention The Stena Impero had been detained by Iranian authorities since July over alleged maritime violations. The seizure was in apparent retaliation for the British seizure of an Iranian tanker. 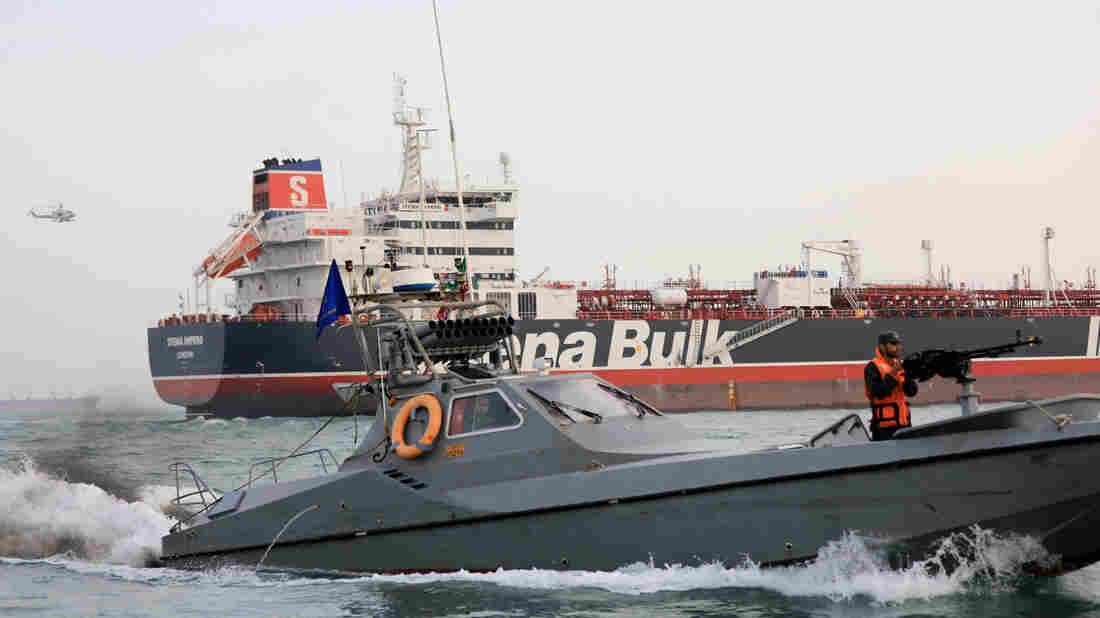 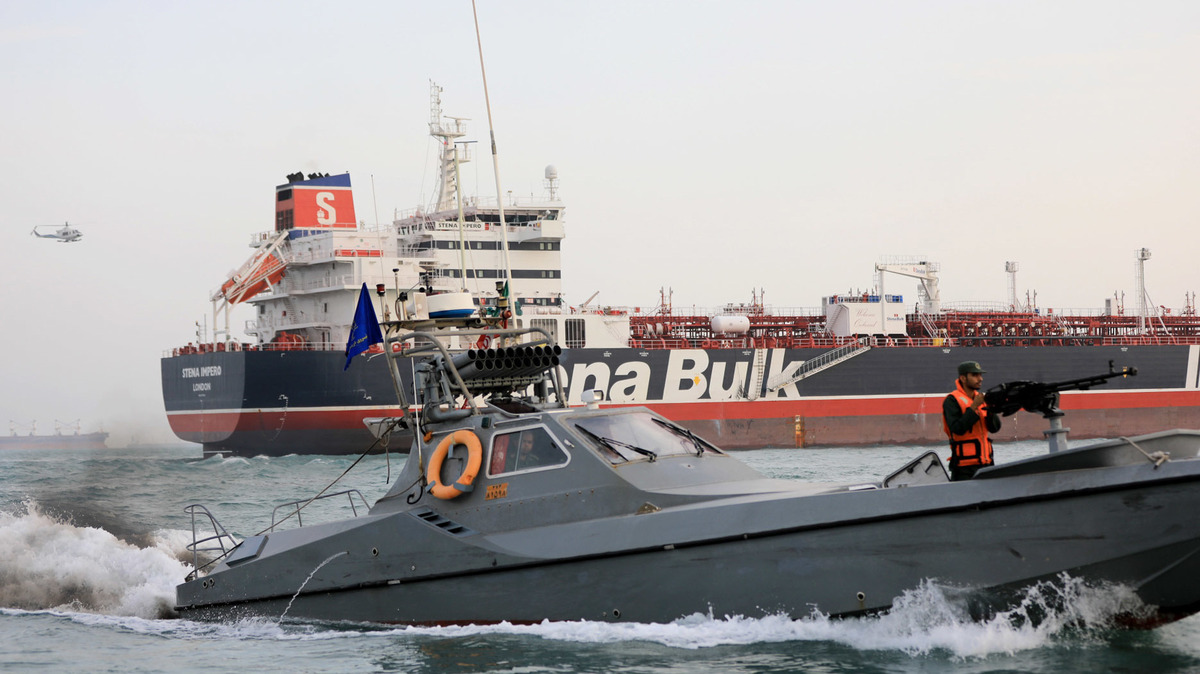 A photograph from the semiofficial Tasnim news agency shows the Stena Impero being seized in July near Bandar Abbas, Iran.

After more than two months of detention, the British-flagged oil tanker held by Iran has left the country's waters and is transmitting its location signal.

"We are preparing to leave," Erik Hanell, the president and CEO of the ship's Swedish owner, Stena Bulk, told NPR earlier Friday.

Stena Bulk later added in a statement that the ship is en route to Dubai, where the crew will disembark and receive medical checks.

After weeks of not transmitting a signal, satellite data used by MarineTraffic.com showed the Stena Impero had left the Iranian port of Bandar Abbas on Friday morning and was traveling at 12 knots (nearly 14 mph) in the Strait of Hormuz.

Iran's Revolutionary Guard seized the ship and detained its 23 crew members on July 19 in the Strait of Hormuz for alleged maritime violations. Seven crew members were released on Sept. 4, but 16 have remained on board.

British Foreign Secretary Dominic Raab said in a statement to NPR on Friday that the vessel had been "unlawfully seized by Iran."

"It is part of a pattern of attempts to disrupt freedom of navigation," Raab said. "We are working with our international partners to protect shipping and uphold the international rule of law."

Iranian authorities said Monday that judicial proceedings against the Stena Impero had ended. While visiting New York City for the U.N. General Assembly, Iranian President Hassan Rouhani told reporters Thursday that "the case file is going through its last stages in the court system, and I foresee that it will be freed."

The detention occurred about two weeks after British authorities detained the Iranian oil tanker Grace 1 off the coast of Gibraltar. Authorities raided the Grace 1 on July 4 on suspicion it was transporting oil to Syria in violation of European Union sanctions.

The U.S. had requested the continued detention of the Grace 1 but authorities in Gibraltar released it on Aug. 15, saying Iran had assured that it would not transport oil to Syria.

The ship, renamed the Adrian Darya 1, was later reportedly photographed near the Syrian port of Tartus. It at one point carried 2.1 million barrels of crude oil worth about $130 million.