Accessibility links
Hong Kong Braces For Massive Weekend Protests Saturday marks five years since the pro-democracy Umbrella Movement formed and leads up to the 70th anniversary of the People's Republic of China next week. 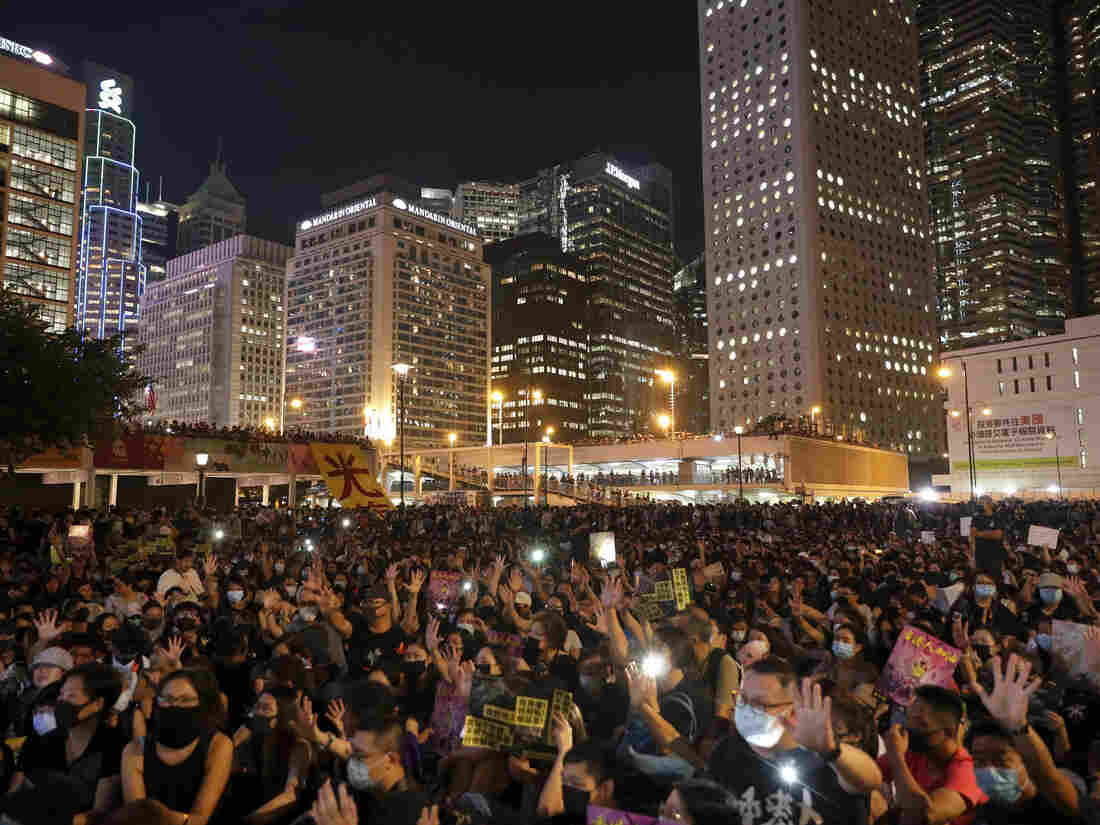 Protesters flash their smartphone lights as they stage a rally at Edinburgh Place in Hong Kong on Friday. This weekend marks five years since the pro-democracy Umbrella Movement formed. Vincent Thian/AP hide caption 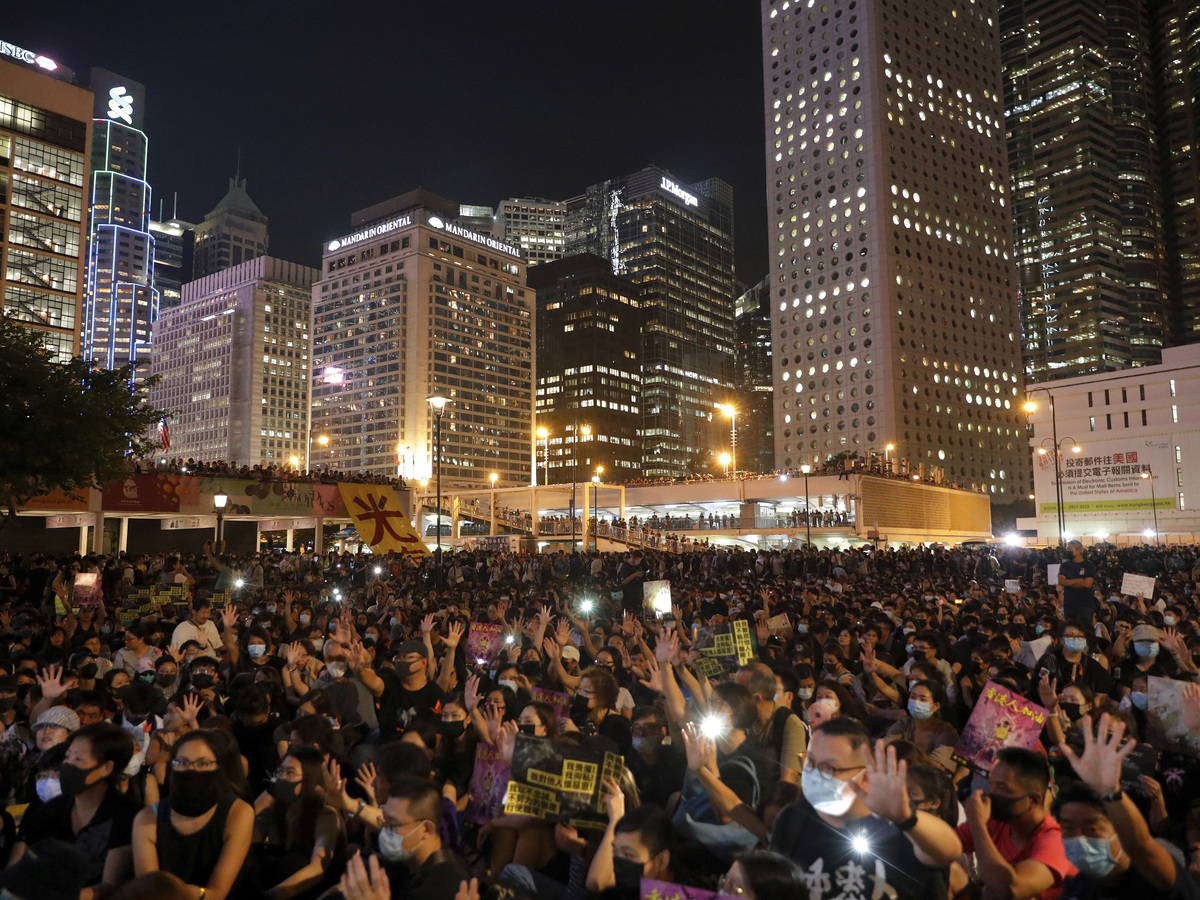 Protesters flash their smartphone lights as they stage a rally at Edinburgh Place in Hong Kong on Friday. This weekend marks five years since the pro-democracy Umbrella Movement formed.

Hong Kong is bracing for more rallies and unrest this weekend as two important anniversaries loom, sparking fears that anti-government protests might once again boil over into violence on the streets.

Saturday marks five years since the start of the pro-democracy Umbrella Movement that unsuccessfully sought free and open elections in Hong Kong, a former British colony that reverted to Chinese control in 1997.

The movement got its name after activists used umbrellas to protect themselves from police who fired tear gas and pepper spray at the protesters. It is also the weekend leading up to Tuesday's 70th anniversary of the founding of the People's Republic of China.

Combined, both events are expected to draw massive crowds on Saturday as protesters vent their frustration with Hong Kong government, which pro-democracy activists see as firmly under Beijing's control.

On Friday, thousands gathered along the harbor in front of central government offices, chanting slogans accusing police of brutality. Protesters at the rally stepped up calls for an investigation into one remote camp known as San Uk Ling near the Chinese border where they say detained protesters were abused.

It's a claim Hong Kong police deny. Authorities also said the camp was no longer being used to hold protesters.

"Its setting and facilities are all in line with police policies and regulations," police said in a statement. "We will stop using San Uk Ling Holding Centre for holding arrested people in this operation. The reason is to avoid any further public speculation and unnecessary remarks accusing the police."

Hong Kong's protests, which began in earnest four months ago, were triggered by anger over a proposed extradition law that would have allowed some Hong Kong residents accused of crimes to be sent to mainland China to face justice there. They have since expanded into demands for universal suffrage and a wholesale investigation into police treatment of the protest movement.

Police have cautioned that gasoline bombs lobbed by protesters have put officers' lives at risk. They have issued warnings that law enforcement may use live ammunition for self-defense.

The activist group Civil Human Rights Front, whose mass rallies have pulled as many as 2 million people into the streets, has received police approval for Saturday's gathering, although authorities have banned some of its earlier demonstrations.

The crowd, gathered inside Queen Elizabeth Stadium in the Wan Chai District on the northern shore of Hong Kong, became agitated after Lam denied pleas for more concessions. 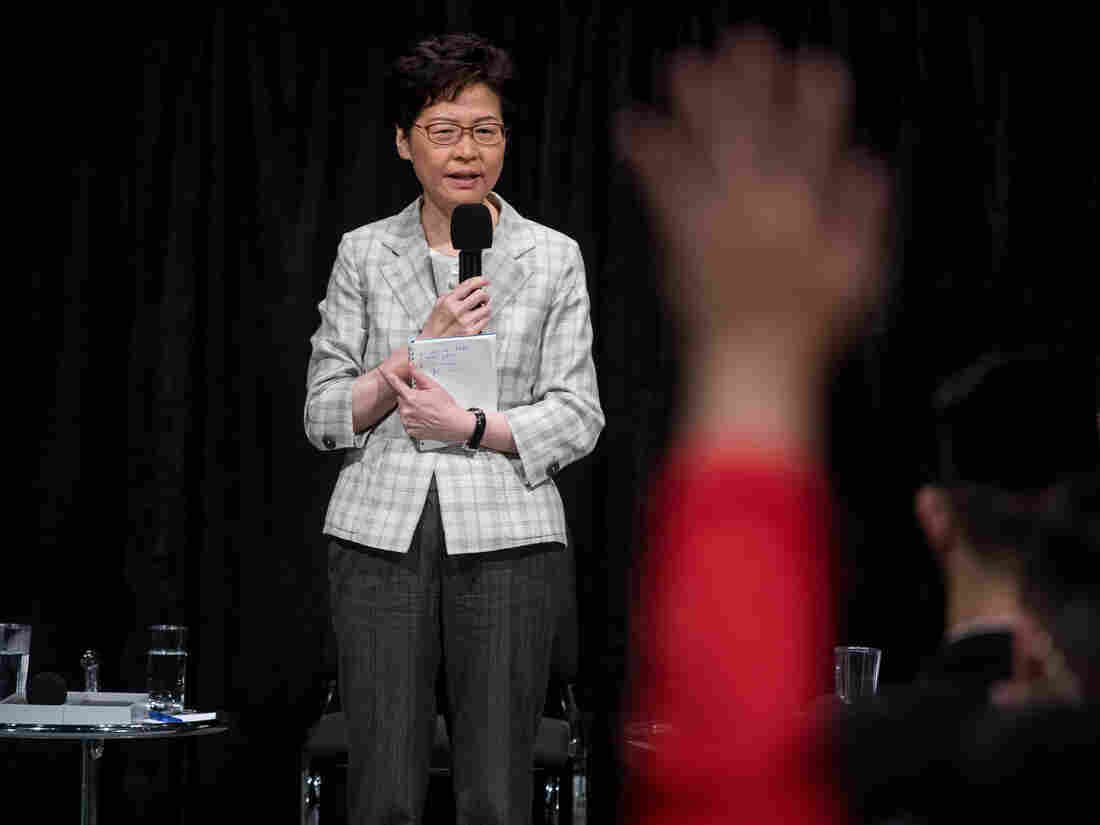 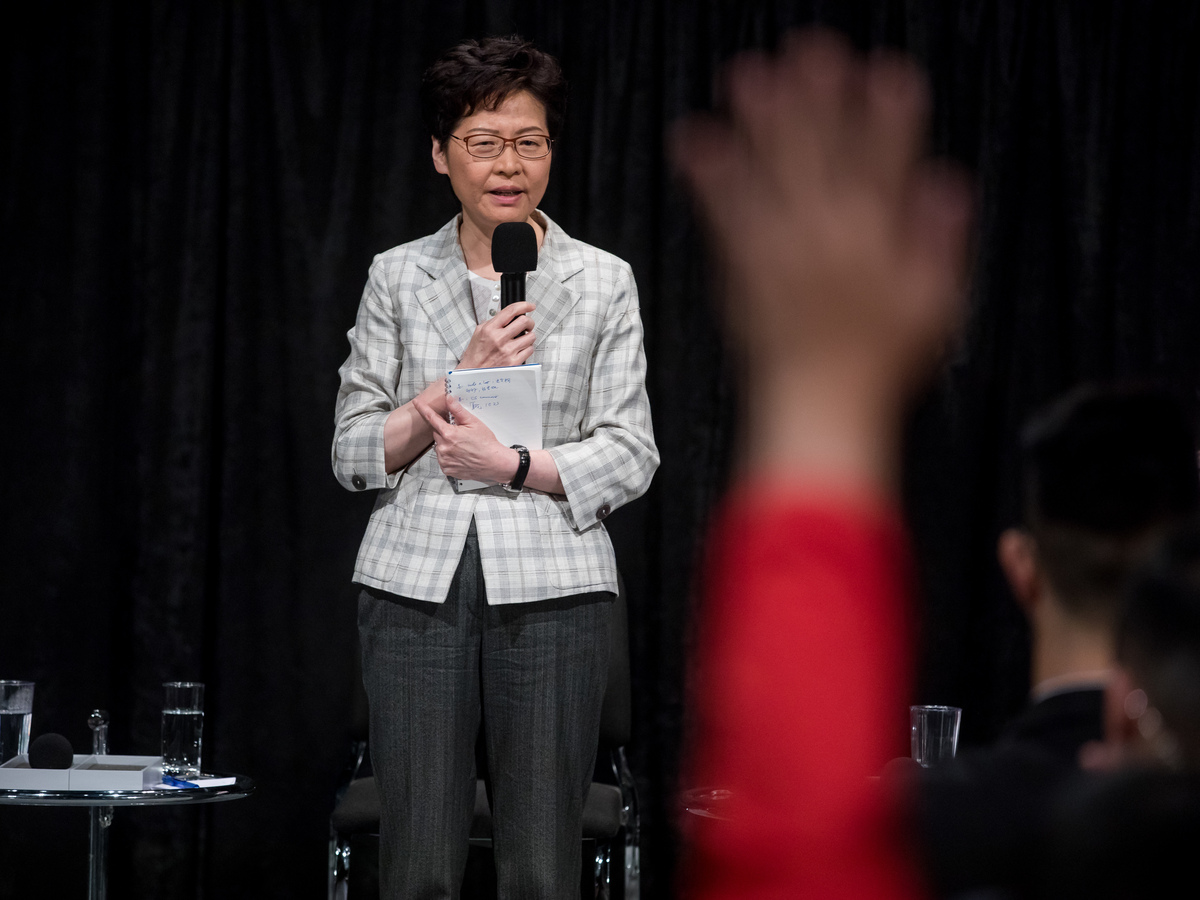 Earlier this month, Lam announced she was withdrawing the extradition bill. It was an unexpected maneuver that NPR's Emily Feng reported at the time was an effort to end the violence and restore social order in Hong Kong.

Even so, the announcement made little headway in quelling the increasingly violent protests.

In a news conference ahead of this weekend's expected protests, The Associated Press reports Hong Kong police released figures of the number of young people detained at the protests this summer.

"It is an alarming trend to us," he said. "It is worrying to see these youths break the law and possibly have criminal records at such a young and tender age," Hong Kong Police public relations head Tse Chun-chung proclaimed at a news conference.