Accessibility links
Profile Of Ukrainian-American Lev Parnas, Who Helps Giuliani Seek Dirt On Biden A Ukrainian-American businessman has helped Rudy Giuliani promote an unsubstantiated theory of corruption in Ukraine by Joe Biden, ahead of next year's presidential election. 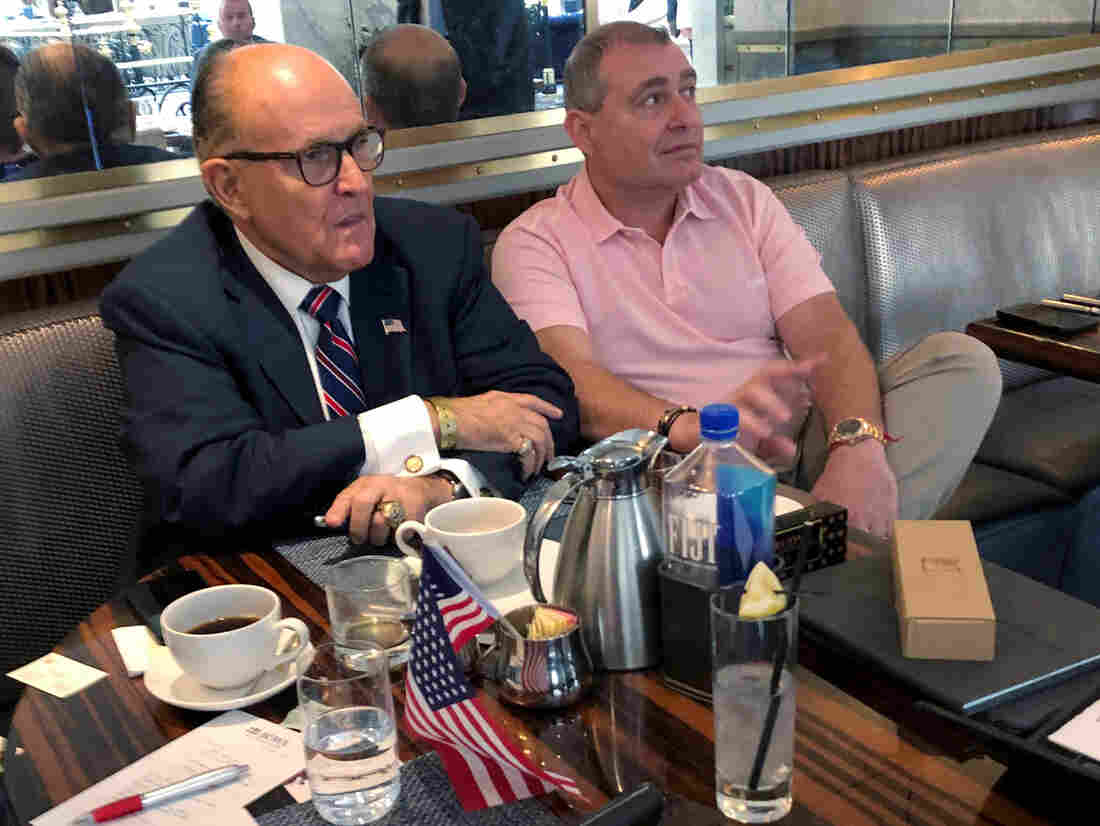 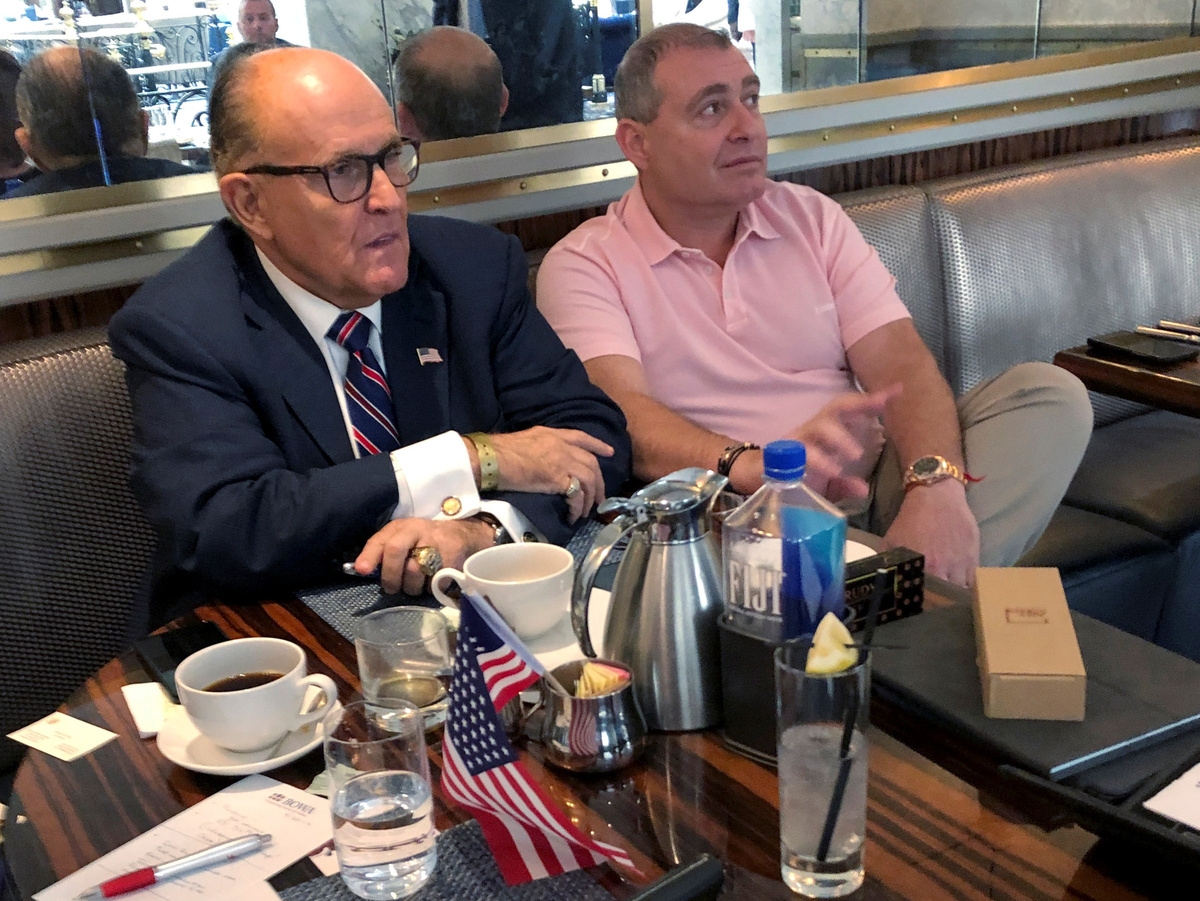 Long before President Trump's now-famous call with Ukraine's president in July, Rudy Giuliani was regularly meeting with Ukrainian officials in pursuit of dirt against Democratic opponents.

He was not alone. There was a "guy" with him. In the news business we call them fixers — guides who know local people and can make introductions, set up meetings and translate interviews.

Lev Parnas, a businessman who says he splits his time between Florida and New York, was one of Giuliani's fixers. Parnas says he is a U.S. citizen but was born in Odessa, Ukraine, back when it was part of the Soviet Union.

Parnas helped Giuliani search for evidence to promote a theory of corruption in Ukraine by Joe Biden, who could become Trump's Democratic rival in the 2020 election. Biden's son Hunter, who was on the board of a gas company in Ukraine, also was a focus.

That corruption theory isn't holding up under scrutiny.

Parnas argues not all the facts about this and other conspiracies are known yet. And he is not ready to release all the information now.

While he's keeping that information secret, Parnas has confirmed a few things outlined in a whistleblower complaint that was made public this week.

There was a Skype call in late 2018 with former Ukrainian Prosecutor General Viktor Shokin, who is key to the corruption theory.

"I arranged the Shokin call with the mayor," Parnas tells NPR, referring to Giuliani by his title from when he was mayor of New York City.

There also were meetings in late January in New York and mid-February in Warsaw with Yuriy Lutsenko.

"I was present but I'm not going to comment on what was discussed in those meetings," says Parnas.

Lutsenko was Ukraine's prosecutor general until August and once suggested Hunter Biden broke the law. He later walked back that allegation.

The start of a friendship

Parnas is a little more forthcoming about how his relationship with Giuliani started about two years ago. He says they attended the same political functions and really got to know each other when a mutual friend set up a meeting to discuss Parnas' investment fraud insurance business.

That meeting didn't result in doing business together, but Parnas says it sparked their relationship.

"We're good friends. We spend time together," Parnas says. "We play golf together."

About a year ago, Parnas says, he began receiving information from people in Ukraine about meddling in the 2016 U.S. election and about Hunter Biden's work with the natural gas company Burisma.

"At first we also thought it couldn't be true — that it was a conspiracy theory," but Parnas says the information kept coming. He says some of it was in the form of solid evidence, "like financial records and stuff like that where you can't dispute."

Parnas is a big fan of Trump, calling him "one of the greatest presidents we have." But lest you think Parnas did all this to help Trump in the 2020 election, he says, "absolutely not."

"I was doing it because I felt as a U.S. citizen it was my patriotic duty," says Parnas.

Playing with the "big boys"

Parnas' actions don't always seem to be as noble as his stated intentions, however. Consider one of his business enterprises, called Global Energy Producers.

The company was formed to sell liquefied natural gas from the U.S. to countries around the world, especially Ukraine. Doing that requires permits and licenses that can take years to acquire.

"I wanted to get notoriety for my energy company and I felt it might be a great way to play with the big boys," says Parnas.

Parnas made the contribution with a business partner, Igor Fruman. He reportedly has also helped Giuliani. NPR wasn't able to reach him for this story.

The contribution was wired from an account that did not belong to Global Energy Producers, which caught the attention of the Campaign Legal Center. The organization labeled the company "shady" and filed a complaint with the Federal Election Commission.

"Fruman and Parnas appear to have bought access to 'Trumpworld' by directing a six-figure contribution to a pro-Trump superPAC through a shell corporation," says Brendan Fischer, an attorney with the CLC. Fischer says the FEC is still considering the complaint.

Parnas says no one in the administration has promised to help his business because of the contribution. He says the way the money was wired to the PAC was a mistake and he has learned to do it differently next time.

"It's a whole big misunderstanding that my attorneys are going to clear up," says Parnas.

And he says the plan to get attention didn't work anyway. "With all this publicity it's been difficult to do any business, obviously, in Ukraine now," says Parnas.

Contributing to the publicity are this week's developments, including the impeachment inquiry House Speaker Nancy Pelosi announced on Tuesday.

Parnas says he is spending a lot of time fielding calls from reporters.

"I'm a little upset with the way the news is coming out because I don't think our president did anything wrong," says Parnas. He is optimistic the outcome will favor his side of the country's political divide.

"We have God and the truth on our side, so I think that will prevail," says Parnas.