Accessibility links
How Ukraine Got Tangled Up In A Trump Impeachment Inquiry The political upheaval that a call between the U.S. and Ukrainian presidents set off in Washington has thrust Ukraine into the limelight. Here's a look at how it got involved. 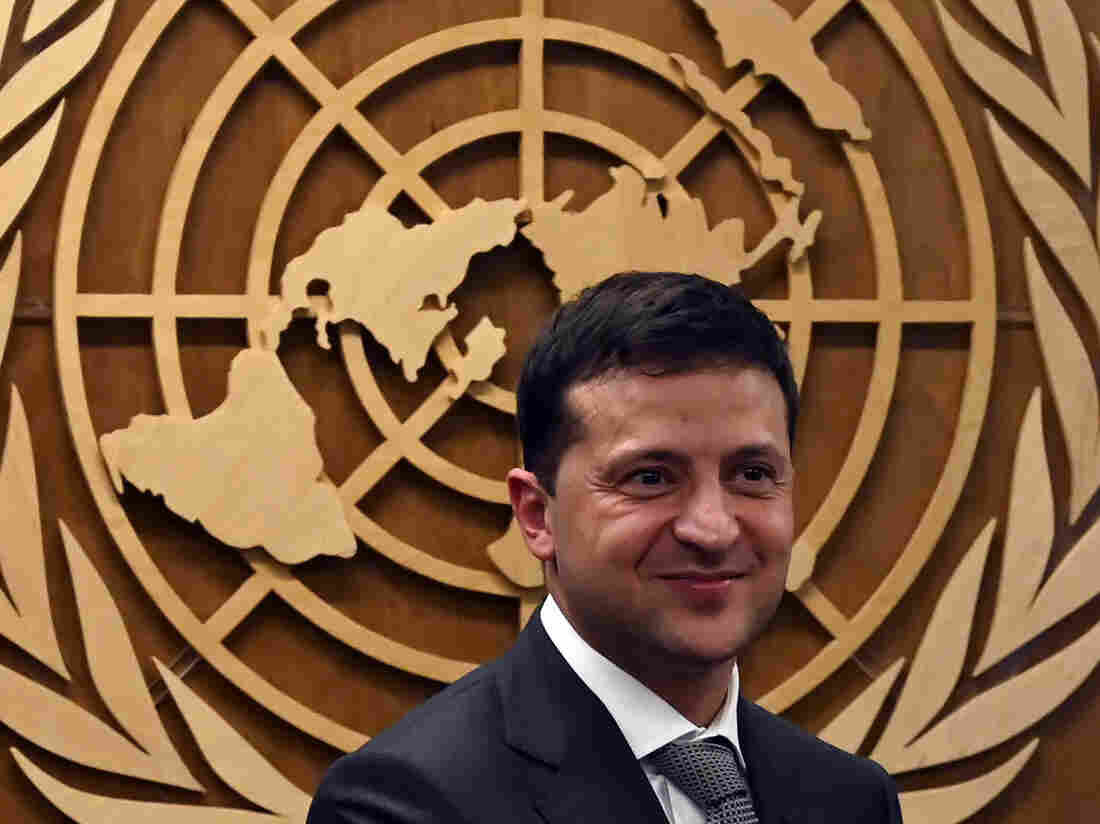 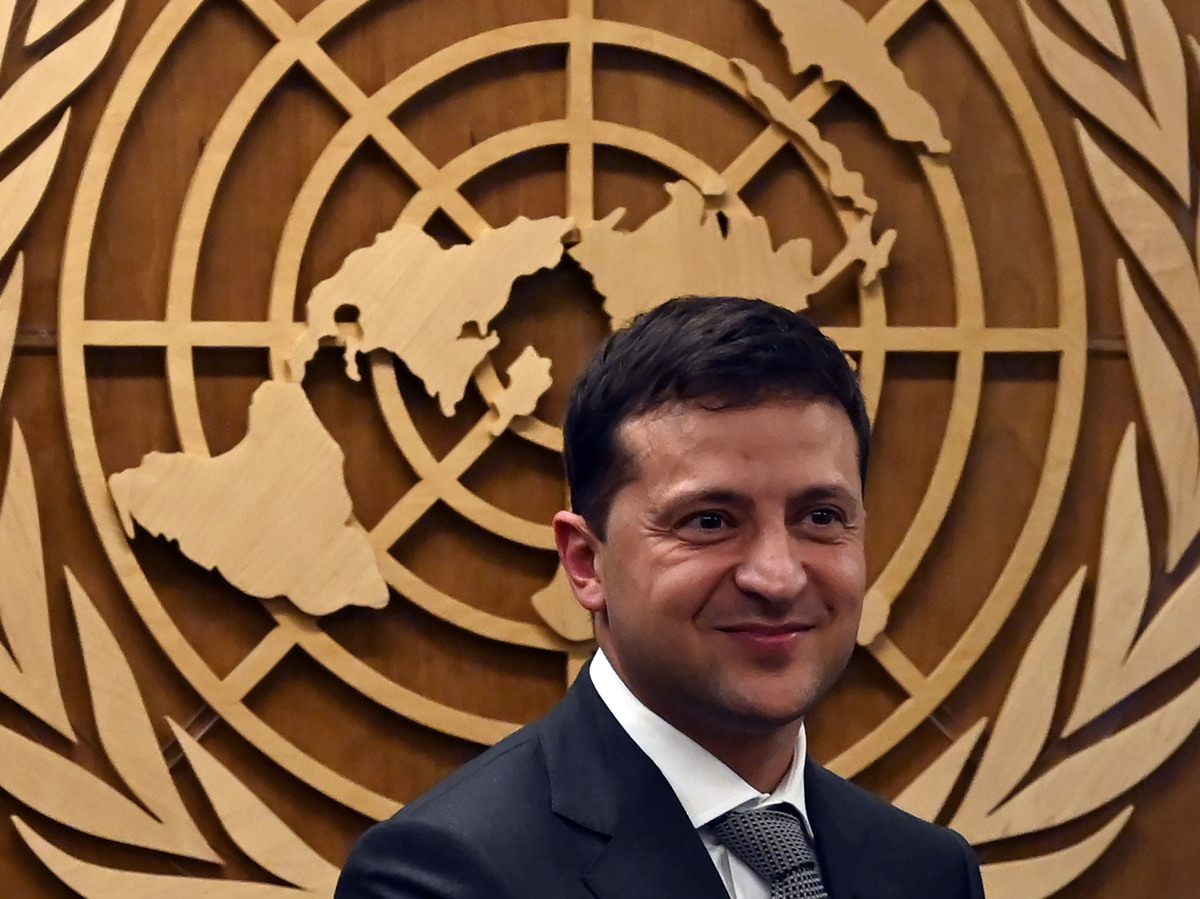 The last thing Ukrainian President Volodymyr Zelenskiy did before flying to New York this week was sign his country's first law on presidential impeachment.

It was an irony of fate that by the time he returned from his first official visit to the United States, it was President Trump who was facing an impeachment inquiry — based on a phone call he had made to Zelenskiy two months earlier.

The political upheaval that July 25 conversation set off in Washington has thrust Ukraine into the limelight. Ever since its independence from the Soviet Union in 1991, the country's biggest problem has been asserting itself as a nation with its own will and destiny.

"Nobody can pressure me because I'm the president of an independent country," Zelenskiy declared to reporters from Russian state TV before meeting with Trump on Wednesday. "Only one person can pressure me, and that's my 6-year-old son."

Zelenskiy, a professional comedian, won a landslide election last spring on a wave of popular frustration with poverty, corruption and a Russian-backed insurgency in eastern Ukraine that has killed 13,000 people. Now Zelenskiy faces the additional task of navigating a political minefield in the United States, the one country that many Ukrainians consider capable of safeguarding their independence.

Yet the upstart Ukrainian president is not the only unlikely protagonist in a tangled tale that now threatens the Trump presidency. The cast of characters includes Rudy Giuliani, Trump's personal lawyer; two former Ukrainian prosecutors; and former Vice President Joe Biden's son Hunter, who worked for a Ukrainian oil company for five years.

"Without Hunter Biden there would be no story here, because Hunter Biden looks like he was trying to cash in and got himself a nice, lucrative contract on the board of directors of Burisma, an energy company run by a former ecology minister," says Brian Bonner, editor of the Kyiv Post newspaper in Ukraine's capital. "Hunter Biden's role there was flagged as a big conflict of interest for the vice president at the time. It should have never happened."

Hunter Biden joined Burisma's board in spring 2014, as Ukraine was still reeling from bloody street protests in Kyiv and the annexation of Crimea by Russian troops. Ukraine's president, Viktor Yanukovych, had fled to Russia — and a provisional, pro-Western government was struggling to put down a Kremlin-backed uprising in eastern Ukraine. In all that turmoil, the Obama administration's point man on Ukraine was Joe Biden.

At the time, members of Yanukovych's ruling clique were on the run, including Burisma's owner, a former environment minister who had been responsible for issuing drilling licenses. In Britain, the company was being investigated for money laundering, and Ukraine's new government pledged to uncover Yanukovych-era corruption, including at Burisma. 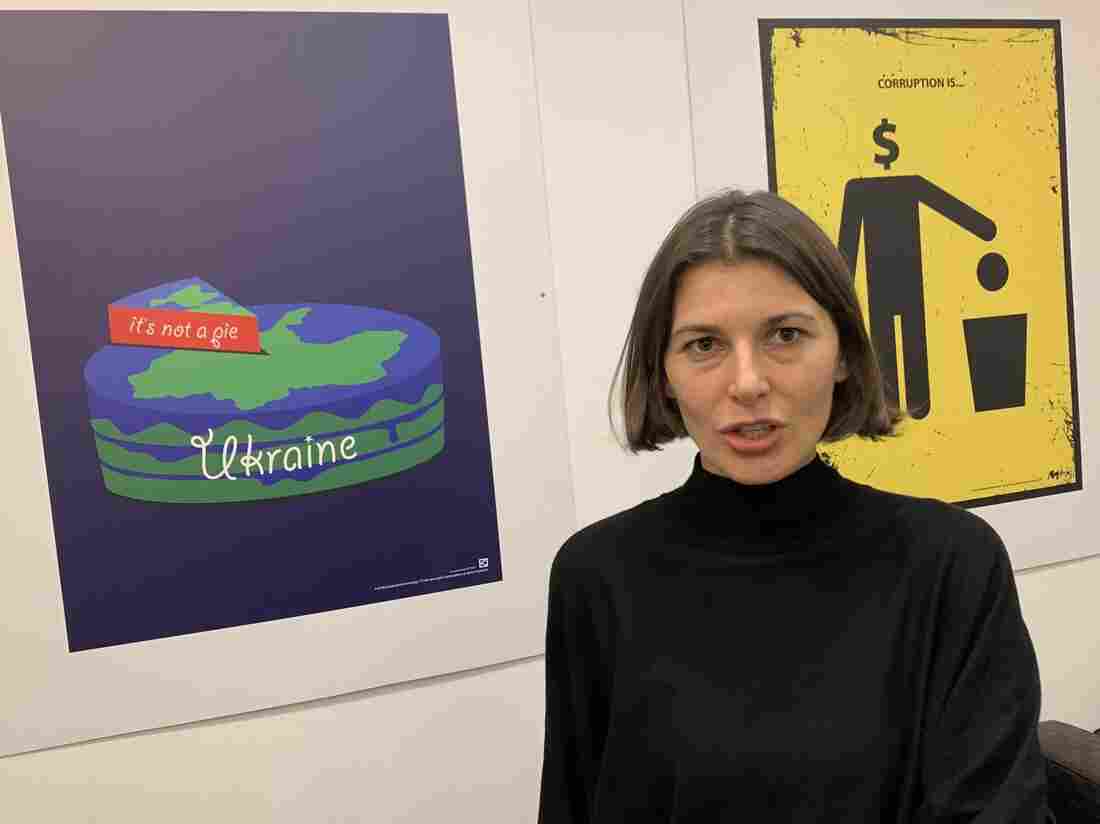 Daria Kaleniuk, head of the Anti-Corruption Action Center in Kyiv, says, "It's only Russia which is really benefiting from this story." Lucian Kim/NPR hide caption 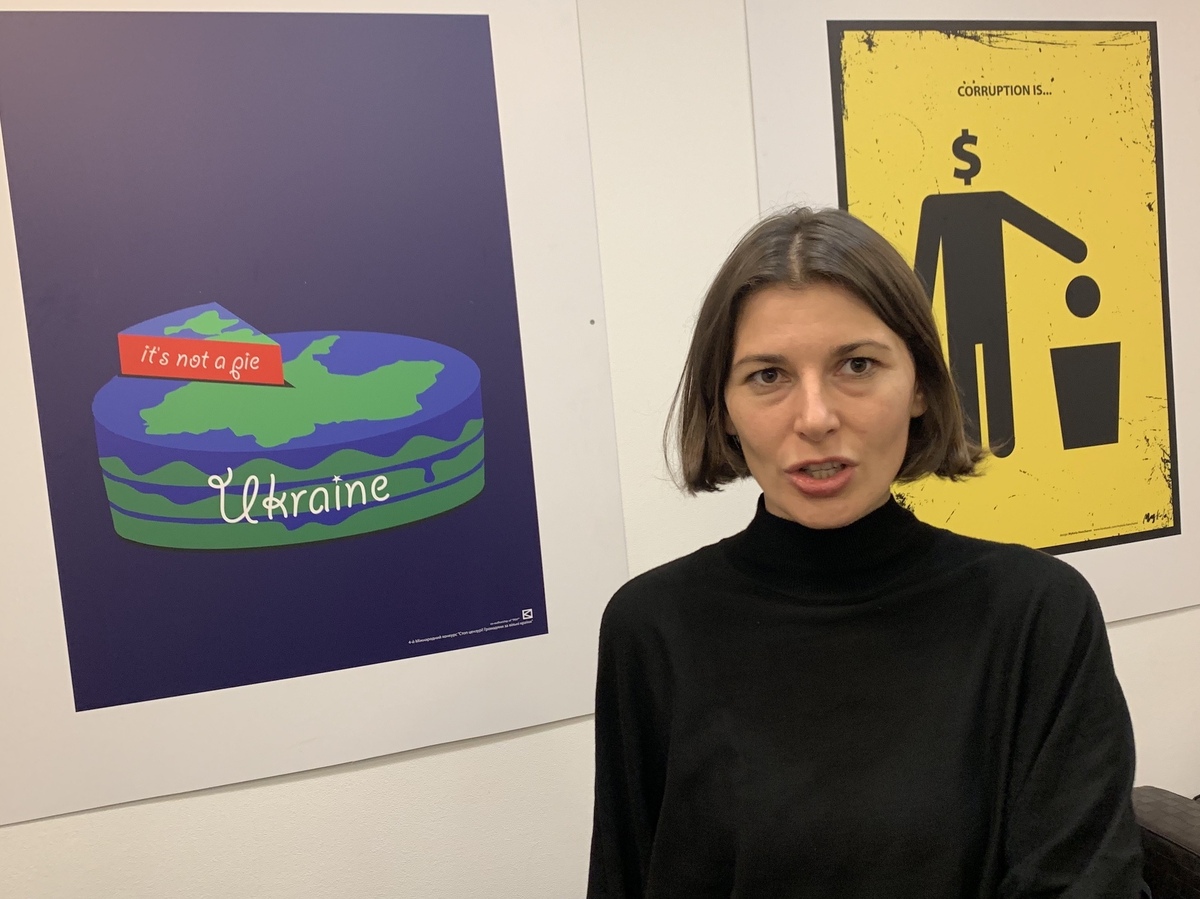 Daria Kaleniuk, head of the Anti-Corruption Action Center in Kyiv, says, "It's only Russia which is really benefiting from this story."

"I haven't seen any evidence of Hunter Biden doing something illegal in Ukraine," she says. But taking the job in the first place, Kaleniuk adds, was "unethical for sure."

The question of a possible conflict of interest has fueled Giuliani's accusation that Joe Biden used his position to pressure Ukraine to fire its prosecutor general, Viktor Shokin, who oversaw the investigation into Burisma.

But Kaleniuk says it was precisely Shokin's inaction on cases such as Burisma that caused Ukrainian activists, together with the U.S. and European governments, to call for his resignation.

"There were lots of demands from different international stakeholders to fire Shokin because of his failure at managing to reform and changing the Soviet-style prosecutor's office," says Andrii Borovyk, head of the Kyiv office of global corruption watchdog Transparency International.

But Lutsenko did distinguish himself by reaching out to Giuliani earlier this year with the suggestion that the Bidens might have something to hide in Ukraine.

In the spring, Zelenskiy was rising in election polls against incumbent Petro Poroshenko, and Lutsenko faced the prospect of losing his job under a new president.

Ivan Yakovina, a Kyiv-based political commentator, says outreach to the Trump administration was one way for Lutsenko to secure his position in the future.

"Giuliani thought Lutsenko would play for Trump's team. But Lutsenko was playing for his own team," says Yakovina. "If Trump ends up getting impeached, he can blame Lutsenko for wanting to stay in power."

Lutsenko didn't end up keeping his job, and Zelenskiy appointed a new prosecutor general in August.

"Zelenskiy is in a tough position because he cannot afford to get involved in partisan politics in America," says Kyiv Post editor Bonner. "The one thing Ukraine has had going for it in America is strong bipartisan support, and delving into a political partisan campaign would threaten to erode that."

Anti-corruption campaigner Kaleniuk says that Ukraine's hard-fought independence may be at stake.

"Both Ukraine and the United States are losing. It's only Russia which is really benefiting from this story," she says. "If Ukraine loses bipartisan support in the United States, Russia will win the battle for Ukraine."

Even though Zelenskiy may have appeared excessively deferential in the July 25 call, Yakovina says the Ukrainian president is not without his own trump card in the lopsided relationship with the United States.

After all, Zelenskiy also has a record of his conversation with Trump — and he hasn't released his version of it yet.