Accessibility links
Charlie Day Plays 'Not My Job' On 'Wait Wait... Don't Tell Me!' There's a well-known meme that shows Day in front of a conspiracy-theory blackboard, so we've invited him to play a game called "It's all connected ... don't you see?" 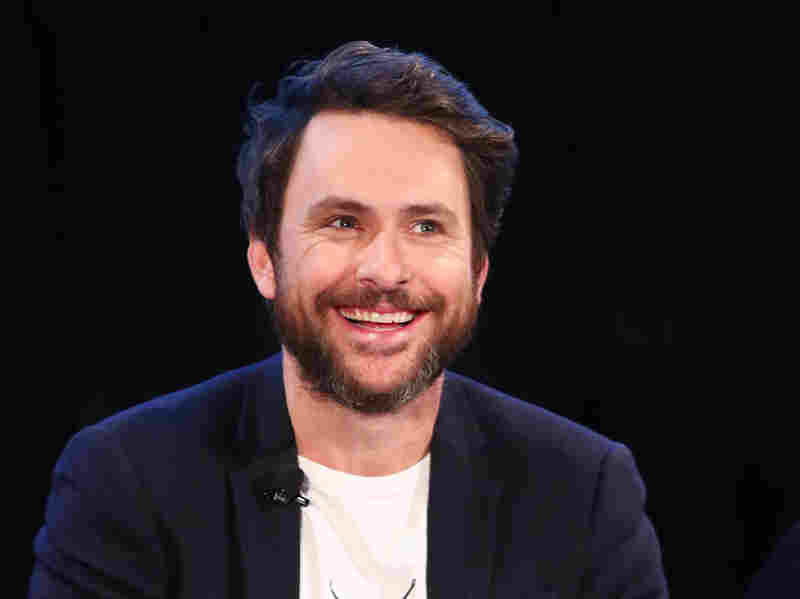 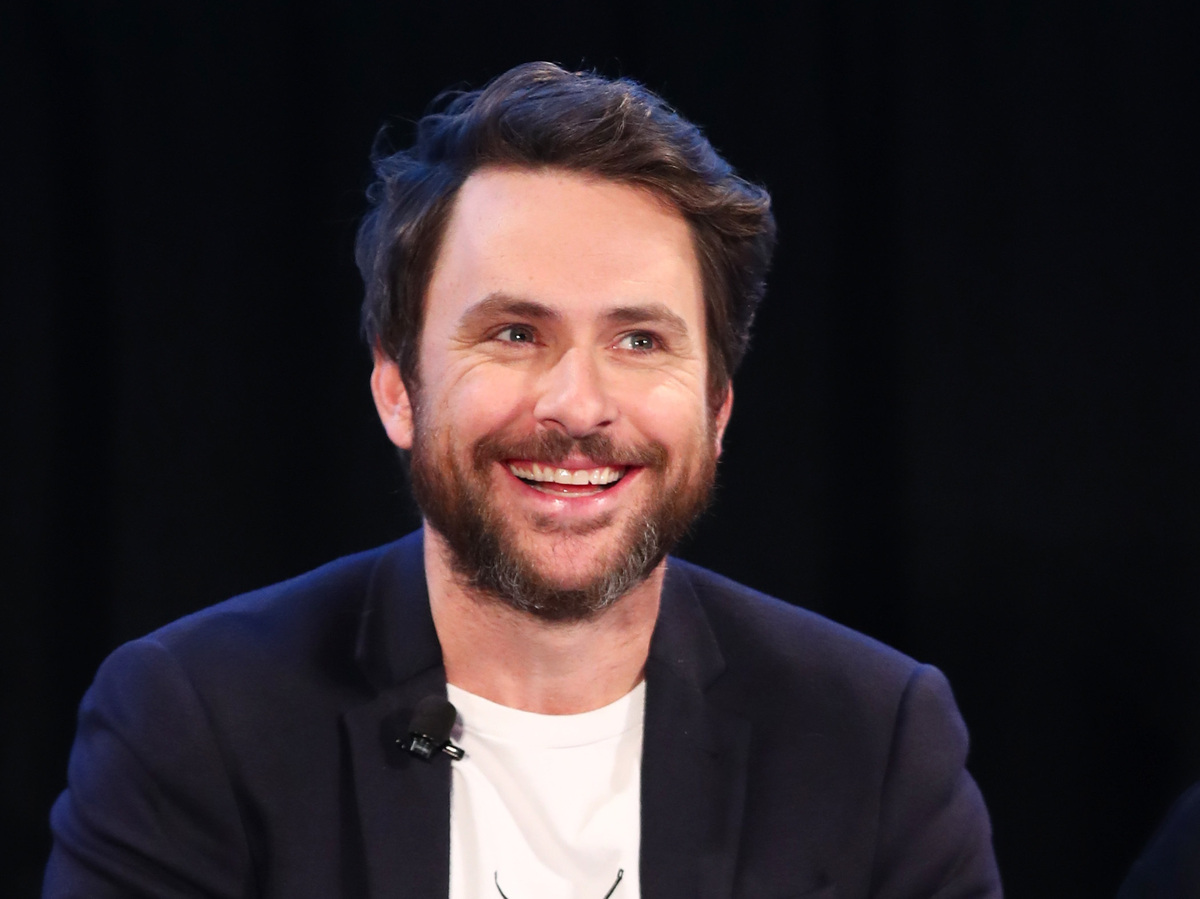 Charlie Day stars in It's Always Sunny in Philadelphia, which began its 14th season on Wednesday. There's a well-known meme that shows Day in front of a conspiracy-theory blackboard, so we've invited him to play a game called "It's all connected ... don't you see?" Three questions about conspiracy theories we read about in this ShortList article. Click the audio link above to find out how he does.

And now the game where people who've done really well in just about everything they've tried see how long they can keep that going. It's called Not My Job. Charlie Day was just another underemployed actor when he and his two friends, Rob and Glenn, made a homemade video about three guys named Charlie, Rob and Glenn who stumble around life being generally terrible to each other. That video got picked up and made into a sitcom - "It's Always Sunny In Philadelphia" - which is now the longest-running live-action sitcom on the air. Its 14th season began this week.

CHARLIE DAY: Thank you. What an intro. Thank you for having me.

SAGAL: It's great to have you. Where are we finding you?

DAY: You're finding me huddled in a corner of my house hiding from my dog and my child and trying to find the quietest place I could be.

SAGAL: Well, I appreciate that. Are your dog and your child looking for you?

DAY: They usually are. Yeah.

SAGAL: Well, we'll do this quickly so that we can get you out of here before they do capture you.

SAGAL: For people who haven't seen "It's Always Sunny In Philadelphia" - and there aren't a lot of them left. It's been so successful for so long. Can you describe the show?

DAY: You know, it's pretty indescribable. I guess it's a show about watching terrible people do and say terrible things.

SAGAL: I mean, if you thought "Seinfeld" was about a group of people who were generally kind of unpleasant, it's like cranking that up to 12. Was that how you conceived of it? Did you guys say to yourself, let's just play characters who are the most awful people we can think of?

DAY: That pretty much sums it up, I think. Yeah. You know, I think we thought that would be the funniest thing. We find terrible behavior amusing.

SAGAL: Yes. Is it true - my understanding is you just shot this thing with your friends in LA one day because you were bored, and you came up with it.

DAY: Yeah. No, that's true. That's true. I mean, we were looking to entertain ourselves. But the one thing you got wrong is the other two guys did change their names, and I just kept my name the same. I was smart because now I walk down the street, and people don't yell Kramer at me.

SAGAL: Have you ever - because you also write the show and produce the show, and you improvise the show with your friends - have you ever come up with something, like, that's so awful you can't actually bring yourself to do it on camera even as pretend?

DAY: I certainly wouldn't say it in front of a large audience of people.

SAGAL: But there have been, like, meetings where somebody said, hey, how about if the gang does this? And then you all looked at each other in horror - that sort of thing.

DAY: No, not so much because usually, we get excited and we say, OK, great. Now how do we make that funny?

SAGAL: Can you - this is a terrible thing to ask any performer or artist, but I'm going to do it anyway. Can you explain the show's success? Because it - I mean, it's hilarious how awful these people are, and the conventional wisdom in television is you want people that people can enjoy, can admire, can like.

DAY: Have you ever been driving on the side of the road and slowed down to look at a car accident?

SAGAL: I understand. I wanted to ask you about something. There is a meme of you, as they say, on the Internet that I'm sure everybody has seen. It is you standing in front of what I guess we might call now a conspiracist blackboard.

SAGAL: Yeah. And so that, I assume, came from an episode of "It's Always Sunny," right?

DAY: That is the Pepe Silvia meme. And that's from an episode in which I've taken a job in a mailroom, and I'm going crazy, and I'm getting letters for the guy named Pepe Sylvia. And I think it's a big conspiracy, and I try to crack the code. Some fans, very astutely, have put together that because my character can't read, Pepe Sylvia might be Pennsylvania on the mail.

DAY: But actually, I don't think - I think for us, it was just a funny name for a guy to go crazy about. But I like their theory better.

SAGAL: And so - but it has gotten to the point where at any time, especially on Twitter, if somebody is making fun of somebody, they will put that gif of you, like, to indicate crazy conspiracy theorist.

SAGAL: Are you really?

ADAM BURKE: Yeah. I have a conspiracy theory that he's behind it.

SAGAL: Oh, I wanted to ask you one last thing about this show. And this is something I love. I was watching an episode just the other night in which your character, Charlie, has this mad crush on this waitress who has - wants nothing to do with Charlie, treats him with contempt and disgust while has a crush on one of her friends. And I found out that is, in fact, your wife.

SAGAL: And you met doing an even weirder role together, right?

DAY: Well, no. We did play incestuous twins once on an episode of "Reno 911!"

SAGAL: I'm sorry. Wait a minute. I just said you met doing an even weirder role.

SAGAL: And your response was...

DAY: That's not where we met, but that was our idea.

SAGAL: I thought you were saying that wasn't a very unusual relationship.

DAY: It's not in certain parts of the country. But yeah, that would be weird.

SAGAL: Does your wife enjoy getting regularly to play someone who hates you?

DAY: She's very good at it. And, sometimes, she takes her work home. She's really a...

SAGAL: Are you sometimes on set doing that bit, and you're, like, she's getting a little too into this?

DAY: It's a blurred line, yeah. But, like, she's a method actor. That's the problem.

SAGAL: Would you recommend for other people who are in marriages and want to keep them healthy just to regularly, like, play-act like one of them just loathes the other and treats them with contempt?

DAY: I think a lot of people get a lot of practice at that all the time.

SAGAL: You're not that unusual. You just get paid for it.

SAGAL: Well, Charlie Day, it is a pleasure to talk to you. But we have invited you here to play a game we're calling...

BILL KURTIS: It's All Connected. Don't You See?

SAGAL: So, as we were discussing, you are famous for that meme indicating a crazed conspiracy theorist. And now it's often used to make fun of conspiracy theories, so we're going to ask you about some more obscure conspiracy theories that we were able to dig up. Answer 2 out of 3 questions, and you'll win our prize for one of our listeners - the voice of their choice on their answering machine.

Bill, who is Charlie Day playing for?

SAGAL: You probably remember the ice bucket challenge - the thing where a couple of years ago, people were dumping buckets of ice water on their heads to raise money for ALS research. Conspiracy theorists say it wasn't really for charity, though. What was it? A, a secret campaign by the bucket lobby...

SAGAL: ...B, a ploy by the Catholic Church to quell sexual desire all over the world...

SAGAL: ...Or C, a satanic ritual meant to purify people before human sacrifice?

DAY: Well, I went to Catholic school growing up, so, you know, there's a lot of people suspicious about the Catholic Church. I think we're all finding out why.

SAGAL: You're going to go for B. It's - they believe it's a ploy by the Catholic Church to limit sexual desire by...

DAY: Chill us out.

SAGAL: Yeah. No, it was a satanic ritual. But I think if the Catholic Church is listening, they might want to go this way because nothing else is working.

SAGAL: All right. You still have two more chances here, Charlie - not a problem.

SAGAL: You've heard of the Illuminati. That's the shadowy cabal controlling the world.

SAGAL: Oh, are you? We told you, this is the last meeting. You're not supposed to say.

DAY: Oh, it's a conspiracy.

SAGAL: It is, seriously. Anyway, the Illuminati - shadowy cabal controlling world events. But you may not have heard that what is part of the Illuminati's evil schemes? A, the TV sitcom "Saved By The Bell"...

DAY: I mean, I love the idea that, somehow, Mike's Hard Lemonade is all wrapped up...

SAGAL: You want it to be. So even though I'm broadly hinting that it isn't, you're going to choose it anyway.

SAGAL: ...That '90s sitcom, but apparently, it was projecting Illuminati propaganda to the world. The lead character graduates, goes to Yale - center of the Illuminati. That's how you know. All right. Your last question - if you get this right, you win. There are lots of conspiracies about things that we think are real, but the conspiracy is they don't really exist. We've been fooled. Which of these things are believed by a conspiracy theorist to be entirely fake? A, J.K. Rowling...

DAY: Oh, well, you know, a lot of people are probably not trusting that moon up there. It's suspicious, right? Why's it thin sometimes, and why is it fully round?

SAGAL: Well, you're right. But the real answer is all of them.

SAGAL: They're all believed to be fake by conspiracy theorists. Just so you know, J.K. Rowling is a front, a pseudonym for a group of writers. No one person could do all that. Finland was invented by Russia and Japan for reasons of their own. And the moon is a hologram. Now you know.

SAGAL: Bill, how did Charlie Day do on our quiz?

SAGAL: Charlie Day stars in "It's Always Sunny In Philadelphia." The new season has just launched on FXX.

Charlie Day, thank you so much for joining us on WAIT WAIT... DON'T TELL ME.

SAGAL: In just a minute, we catch some Zs in our Listener Limerick Challenge. Call 1-888-WAIT-WAIT to join us on the air. We'll be back in a minute with more of WAIT WAIT... DON'T TELL ME from NPR.