Accessibility links
Gandhi Is 'An Object Of Intense Debate': A Biographer Reflects On The Indian Leader Wednesday marks 150 years since Mahatma Gandhi's birth. NPR sat down with biographer Ramachandra Guha and discussed the Indian leader's legacy. 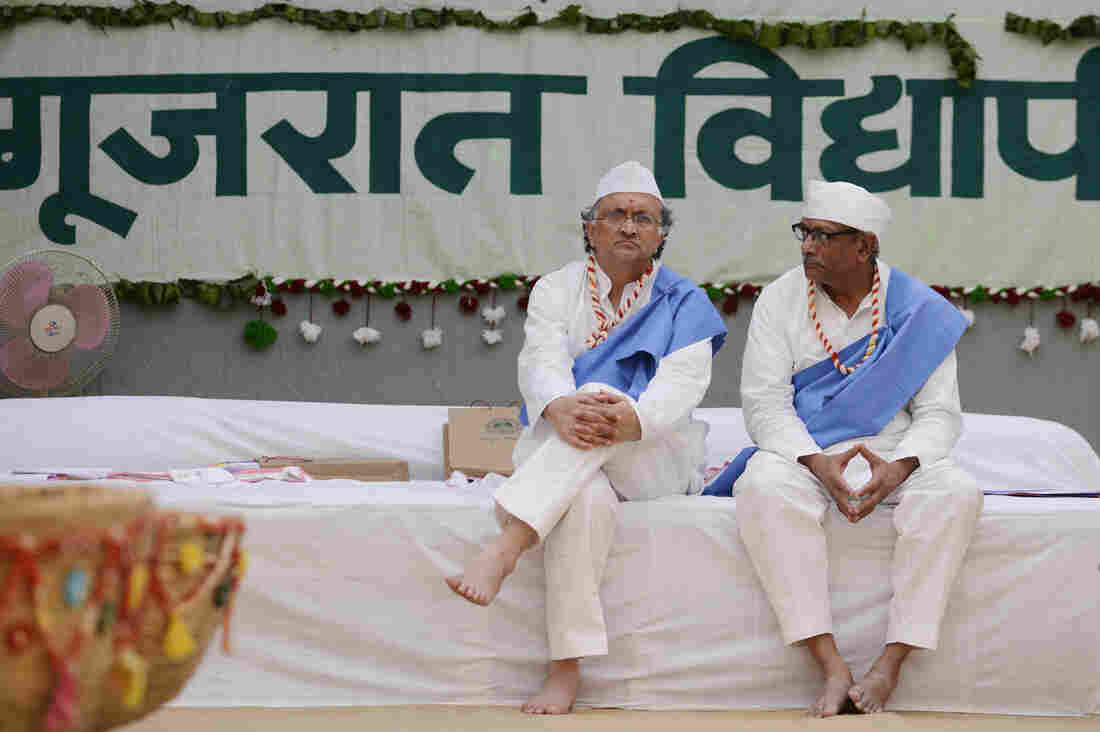 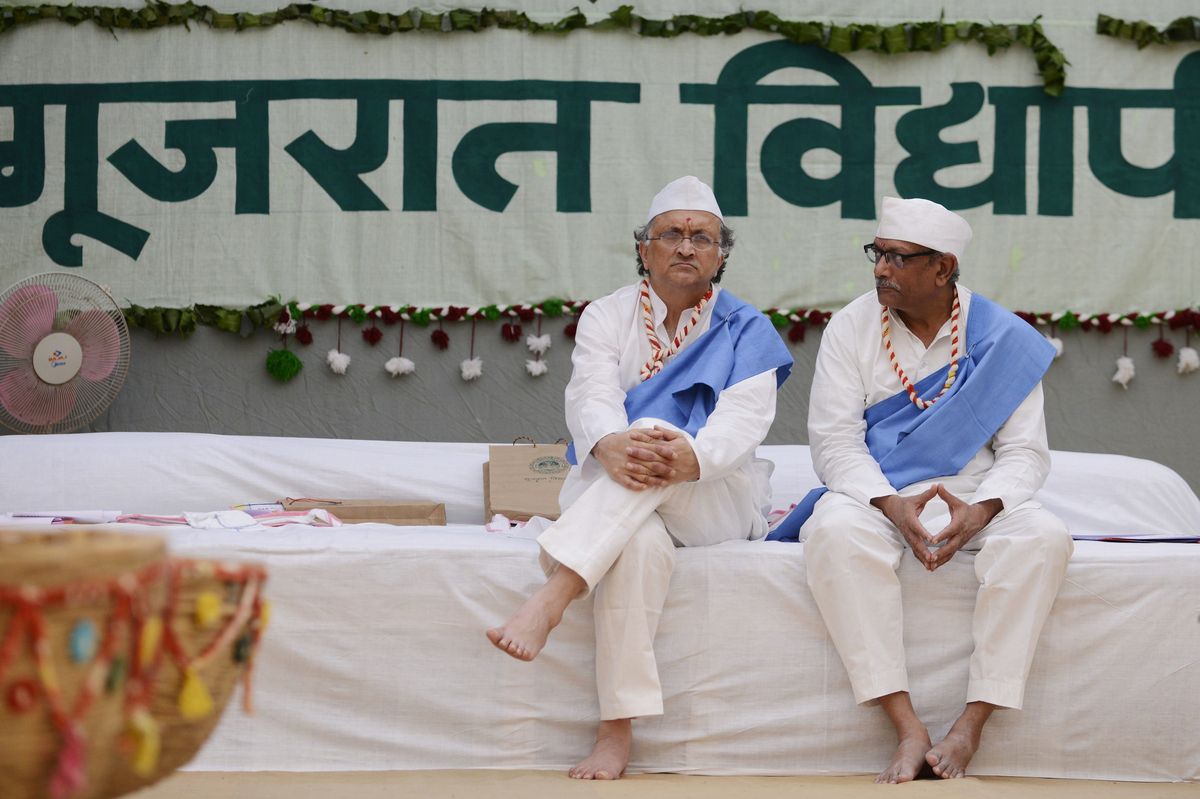 Wednesday marks 150 years since the birth of Mohandas Karamchand Gandhi. Better known as the Mahatma, or great soul, Gandhi was an Indian lawyer who led his country to freedom from British colonial rule in 1947. He was assassinated months later at age 78.

Gandhi is most famous for his philosophy of nonviolence that has inspired civil rights leaders around the world. But his legacy is facing fresh scrutiny against modern ideas about race, feminism and nationalism.

Ramachandra Guha is a historian of modern India. He is the author of many books, including the two-volume biography Gandhi Before India and Gandhi: The Years That Changed the World, 1914-1948.

Guha, 61, spoke with NPR at his home in Bengaluru, India, in May. The interview has been edited and condensed.

On how Gandhi's legacy has changed since he died

One aspect of the disquiet with Gandhi is on his views on religious pluralism. Hindu fundamentalists do not like it — particularly his ideas of interfaith harmony and his absolute insistence that India is [a secular state rather than a religious one] like Pakistan. [That] is not something they can easily accept. It goes contrary to their ethos. 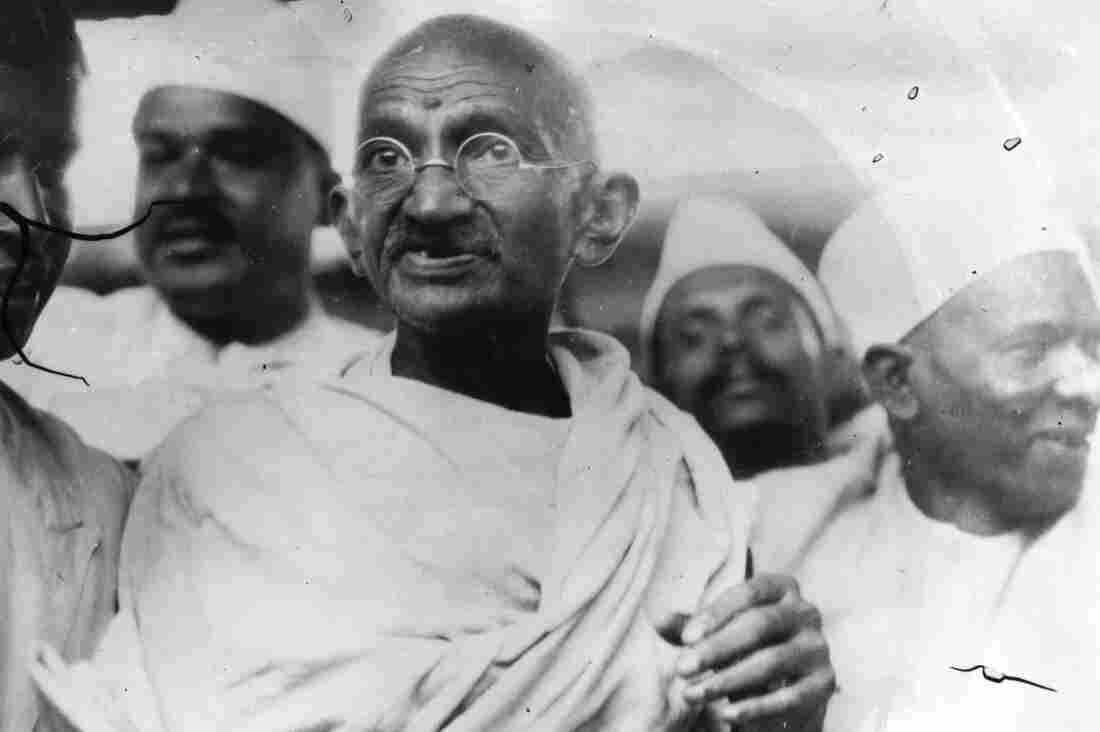 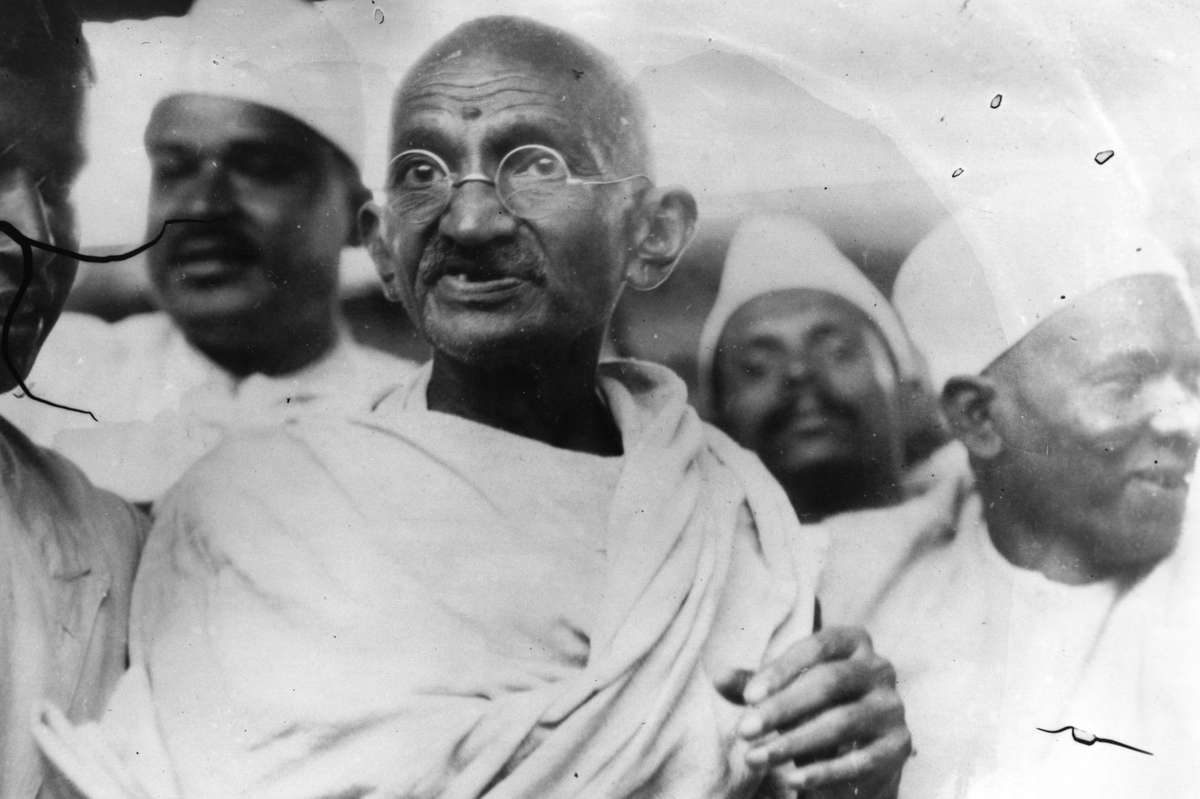 A second aspect is his absolute insistence on nonviolence, which young men see as pussy-footed and weak-kneed and — dare I say, feminine — and hence not macho enough. There is a growing revisionist historiography which suggests that if India had adopted the path of violent revolution, independence from the British would have come quicker.

A third aspect of disquiet with Gandhi is his advocacy of the simple life, which does not gel well with the acquisitive, materialistic and rapidly growing industrializing society. He recognized that unbridled consumerism would destroy the world. Now, that is not something that goes well with a shortsighted kind of market-oriented economy that we have today.

On what Gandhi would think of India now 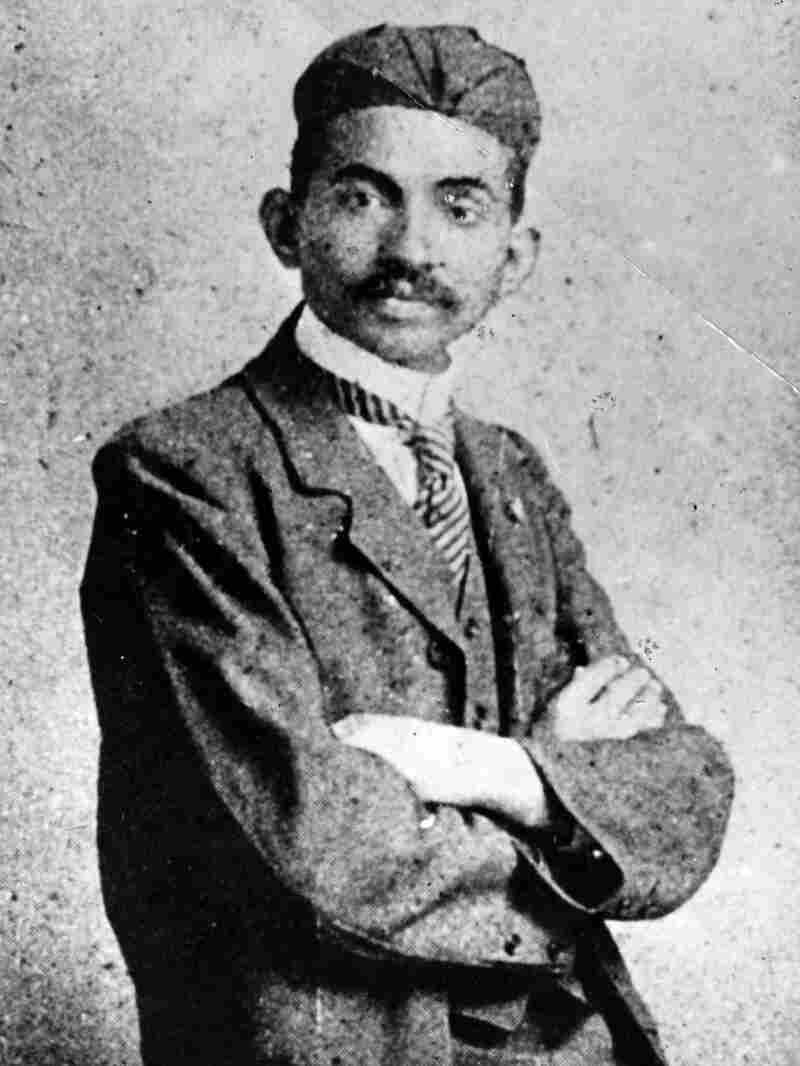 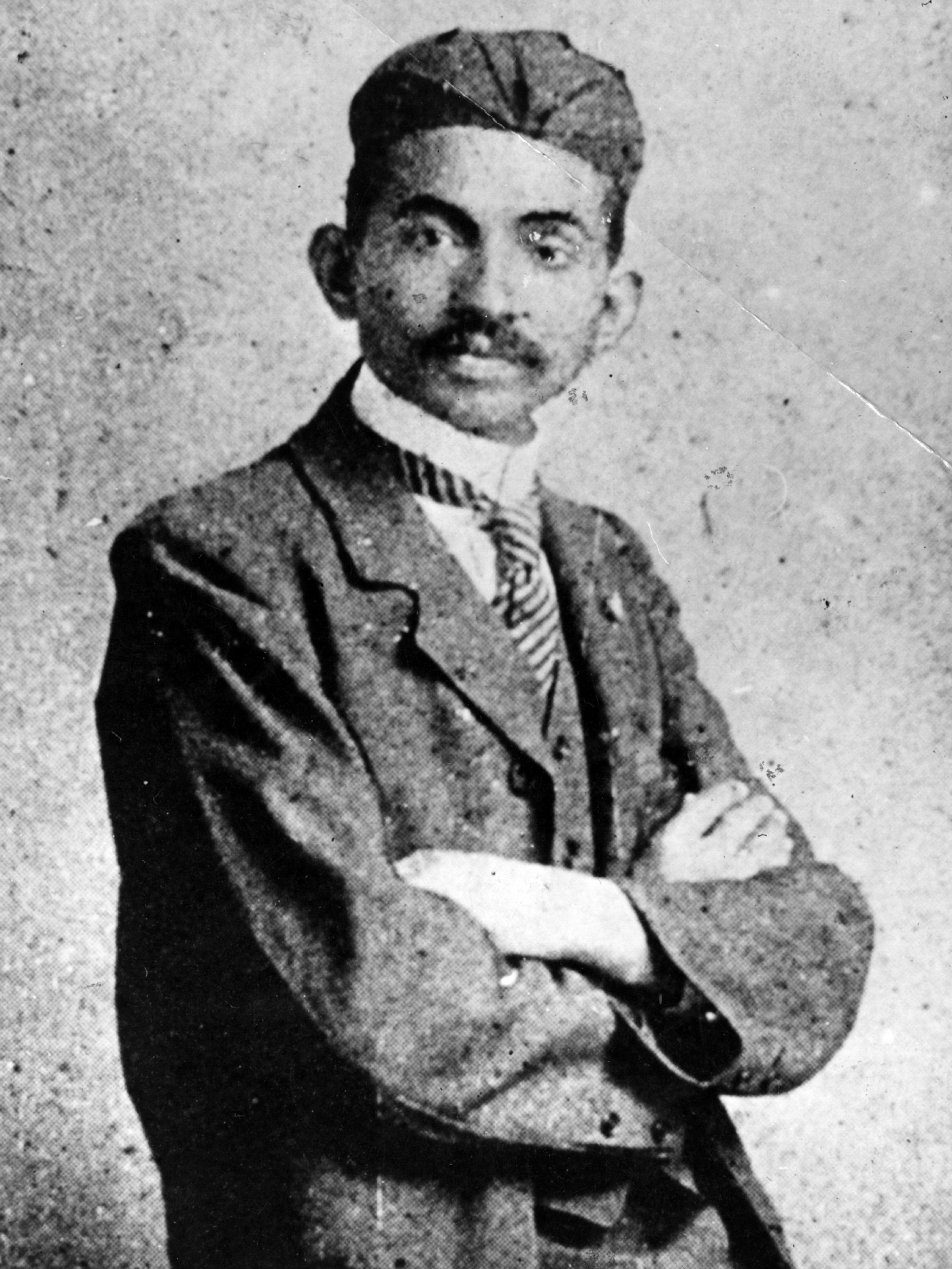 Gandhi as a young lawyer.

At the same time, there's the arrogance of our political leaders, the lack of respect for the elementary courtesies of public debate, the environmental degradation rampant across India, corruption and criminality, violence against women. He would have given India a mixed report card.

On how the world sees Gandhi

His ideas of interfaith harmony, environmental sustainability, nonviolence — these are ideas that are enduring and universal.

After the first volume of my Gandhi biography came out in 2013, I was in a New York hotel promoting it. The book was on my table and someone from housekeeping came in to clean my room and saw it. He didn't know it was my book. He said, "That's the young Mr. Gandhi, isn't it?" So, this person was able to recognize Gandhi in a lawyer's suit, as a young lawyer. He said, "He's greatly admired in my country." And I ask this gentleman of the hotel staff, "What is your country?" The answer was the Dominican Republic. Now, I'm absolutely certain Gandhi had not heard of the Dominican Republic! But the Dominican Republic had heard of Gandhi.

So that's it: Gandhi does not belong to India. Even if we Indians throw him out or discard him or disregard him, there will be people elsewhere in the world, with whom his ideas and legacy will resonate.

On controversies around Gandhi

The record is very clear: He was racist [against black Africans] when he was young [and working as a lawyer in South Africa]. By the time he reached his 30s, he was outgrowing his racism, and for the last 35 years of his public life, he was advocating absolute equality for all people.

Gandhi was also obsessed with his own sexuality and celibacy, which is hugely problematic. He was doing these experiments to test his celibacy. [In his late 70s, Gandhi slept naked in the same bed as his teenage grand-niece.] He wanted to make sure he was not a sexual predator. Those experiments cannot be defended. They were an imposition on young people and an exercise in power, because he is the great Mahatma and she's just a young follower.

Like many men of his time, he felt women must bear the primary burden of [household chores and child-rearing]. Gandhi's views on women's rights certainly fall short of what a contemporary, 21st century sensibility would expect. At the same time, in the 1920s and '30s, to bring women into public life — to encourage them to become ministers, parliamentarians [as Gandhi did] — was certainly, I think, quite revolutionary.

Ultimately, for all the disagreements you have with Gandhi, there's his moral and physical courage, his willingness to lay his life on the line, his ability to encourage a sense of debate and dialogue. Even with those with whom he profoundly disagreed, he kept up a conversation over decades. These are aspects that compel admiration. Not unqualified adulation, not reverence — but qualified respect. It's an acknowledgment that he made mistakes, that he could be shortsighted, that he could sometimes be patronizing towards young people and towards women. But he was one of many major figures in the Indian renaissance.

On what other aspects Gandhi should be known for

His sense of humor, his ability to mock himself, the transparency of his public life — the fact that he was a wonderfully clear and fine writer. I mean, it's a joy to engage with his writings because he said everything clearly and directly with no obfuscation or jargon.

He had a great and deep and uncanny understanding of the linguistic diversity of India. I think Americans are too obsessed with English being a unifier. If one county in Texas or California becomes Spanish-dominant, some Americans think national unity is attacked. So [Gandhi would say that] to be a patriot doesn't require you to speak a certain language. That's the glory of the human race. There's so much diversity. I think that's another aspect of Gandhi's heritage that in America is not that well known.