Accessibility links
Interview: Tracy Chevalier, Author Of 'A Single Thread' Chevalier's new novel follows one of the generation of "surplus women," who lost their men in World War I and had to make new lives for themselves — sometimes outside the bounds of convention. 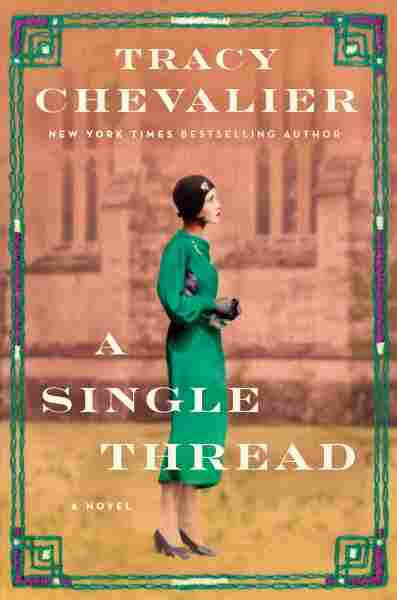 Violet Speedwell is a "surplus woman." She lost her brother and her fiancé to World War I, and she's been living quietly ever since, learning to accept that she's not going to have a husband or a family.

Violet is the protagonist of Tracy Chevalier's new novel, A Single Thread. When we meet her in 1932, she's had enough of sitting at home, taking care of her grieving, difficult mother. She wants a life of her own, so she moves to nearby Winchester, where she meets a group of women who make embroidered kneeling cushions for Winchester Cathedral.

I met up with Chevalier at the Cathedral to talk about Violet and the life she learns to stitch together. After a quick tour (Jane Austen is buried here, speaking of independent women) we end up in the choir stalls, surrounded by lacy carved wood and marble. The long rows of benches here are made a little less hard by the addition of bright needlepoint cushions in blue and red and green and gold, designed to protect aching backs and knees from all that wood and stone.

The one thing in the cathedral that was made by women ... were these kneelers and cushions. And I was immediately interested in them — afterwards, it became obvious to me, ah yes, of course, Tracy, you've chosen the story of the women.

"Look at this stitching," Chevalier says, bending over a cushion embroidered with the crest of Queen Mary Tudor. "It is just extremely intricate." The choir stalls, the vaulted ceilings, even the ancient graffiti scratched into the walls — almost all of it was made by men. "But the one thing in the cathedral that was made by women, that we know was made by women, were these kneelers and cushions. And I was immediately interested in them — afterwards, it became obvious to me: Ah yes, of course, Tracy, you've chosen the story of the women."

Those women were the Winchester Cathedral Broderers, a group of volunteers who took on the years-long project of making all the kneelers and cushions that are still in use today. In the book, Violet stumbles into a service at the Cathedral, where the broderers are presenting their work to be blessed. She looks closer at one of the kneelers, and when she turns it over, she sees initials and a date. Someone has left her mark. And Violet decides to do the same.

Chevalier says she picked an actual cushion here in the choir to inspire her protagonist: "Violet wants to make a kneeler, and she gets to choose which design she wants to make, so she chooses this one that we're looking at, which is — I call it the acorn cushion." 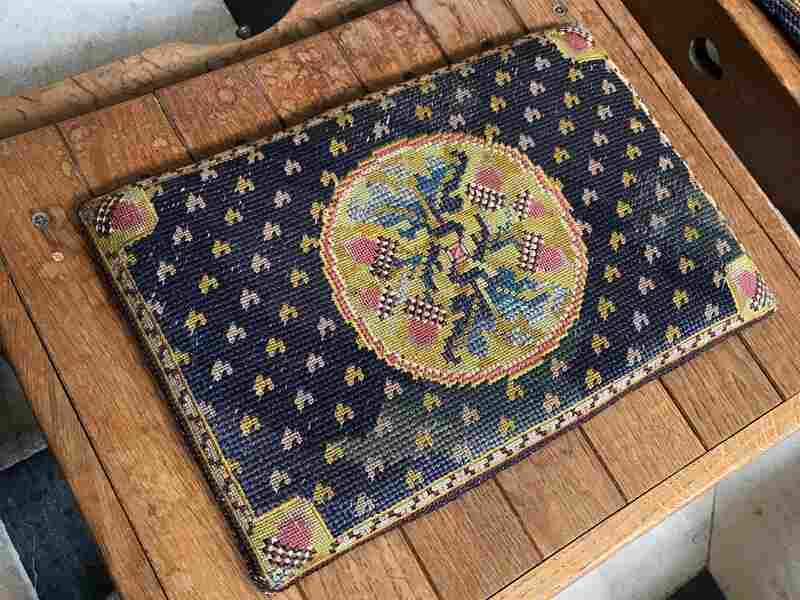 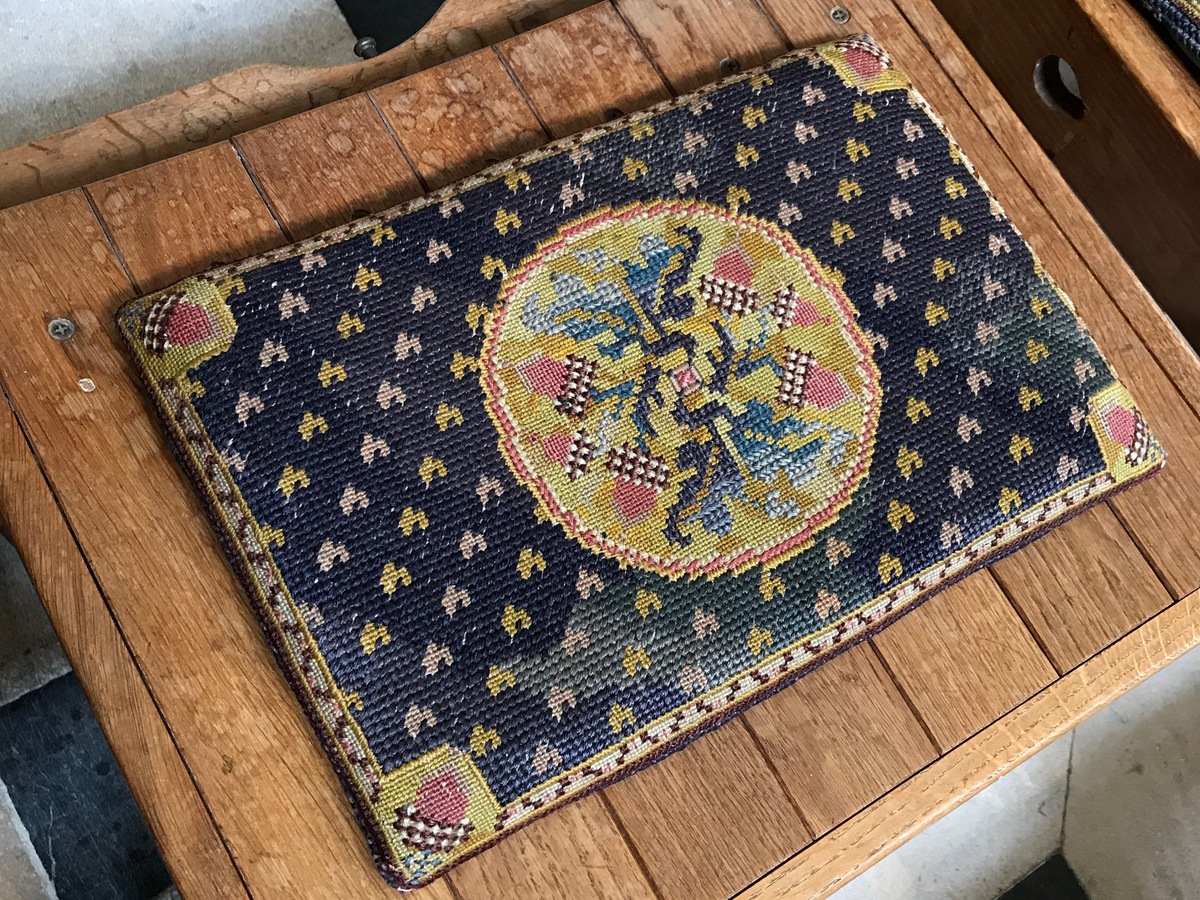 Tracy Chevalier picked this cushion — still in use at Winchester Cathedral — to inspire her progagonist Violet Speedwell.

It has a central motif of cheerful checkered acorn caps, set on a delicately textured blue background sprinkled with tan chevrons, all worked with simple stitches that were designed so that almost anyone could learn them — in fact, Chevalier did learn them during her research. And yes, whoever made it has included her initials on the back, P.O.K, and a date: 1932. It's a date that will become important in the book, as Violet and her friends keep an uneasy eye on the rise of Adolf Hitler.

Just above us, on the wall, another person has made his mark. We're joined by Cathedral bell ringer Colin Cook, who explains: "There's this amazing graffiti on the wall, which was put there, as we can now see, in the Year of Our Lord God 1545. And the man who did it, he's put his name down there, 'Harey Coppar,' and it says he was sworn bell ringer in that year."

A Stitch In Time Saves A Life In 'A Single Thread'

Winchester Cathedral's bell tower also becomes a refuge for Violet, almost as much as the embroidery workroom. And Cook is here to show us around the tower — which is pretty short as cathedral towers go, but still involves a hair-raisingly steep spiral staircase, with only a loose rope for a railing.

We emerge at the top, huffing and puffing, into a large room with loops of thick rope — the bell pulls — arranged in a kind of chandelier on the ceiling. Cook lowers the ropes and gives us a demonstration of what Violet would have seen here, hauling on the heavy bell pull with all his might until one of the Cathedral's great bells rings out. 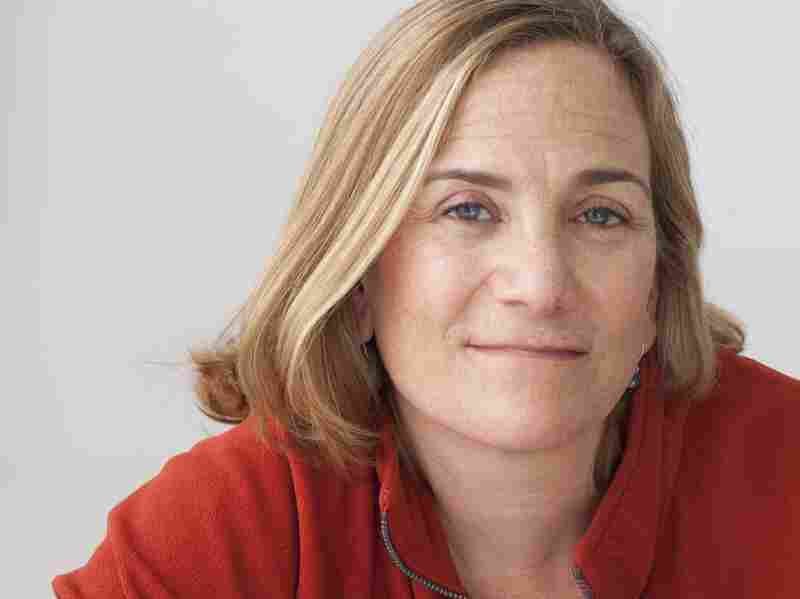 Tracy Chevalier says she learned the needlepoint stitches used by the women in A Single Thread while researching the book. Nina Subin hide caption 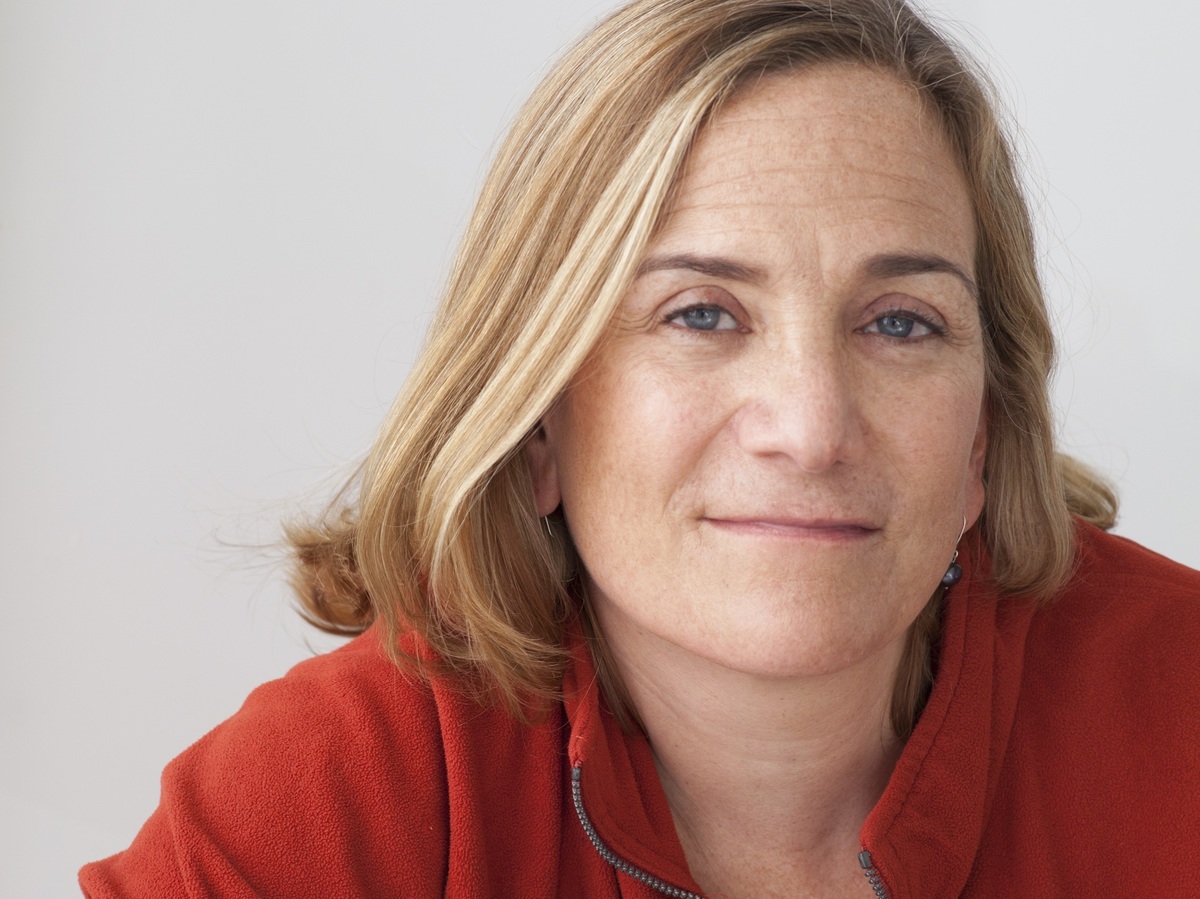 Tracy Chevalier says she learned the needlepoint stitches used by the women in A Single Thread while researching the book.

"When Violet is working on the kneelers and the cushions, she's right there in the middle of the cathedral where all the services are taking place, whereas the bell chamber has its own world above the cathedral, its own rules and regulations," Chevalier says. "Back at that time, there were very few women would have come up here, so it's very special that she does."

Violet loses herself and her troubles in the complexity and precision of the bells — and also finds herself, through an unconventional relationship with one of the bell ringers, and through her work with the embroiderers. Chevalier says it only takes a single thread to make a difference, in a cushion or a life — and while Violet is single, "that wasn't a bad thing; that can actually be a positive thing."

A single thread can make the difference — and by the end of the book, Violet Speedwell has become the thread that binds a new family together.